The pink hearts are gone, and the green top hats and four-leaf clovers are definitely in. Spring, rain, and blooming flowers are only a few days away from us (at least according to Phil the Groundhog), and so are more author birthdays.

(March is quite the joyful, poetic month, you know)

So, join in the fun and grab a cupcake, stick a candle in its center, and let’s get this party started.

Under the guidance and encouragement of novelist Natsume Sōseki, Akutagawa wrote and published several short stories based on Japanese tales of the 12th and 13th centuries retold in his own style.

Often considered the Father of the Japanese Short Story, Akutagawa is one of the most widely translated Japanese writers, and several of his stories have been adapted into films. Some of his most notable works include In a Grove and Rashōmon. 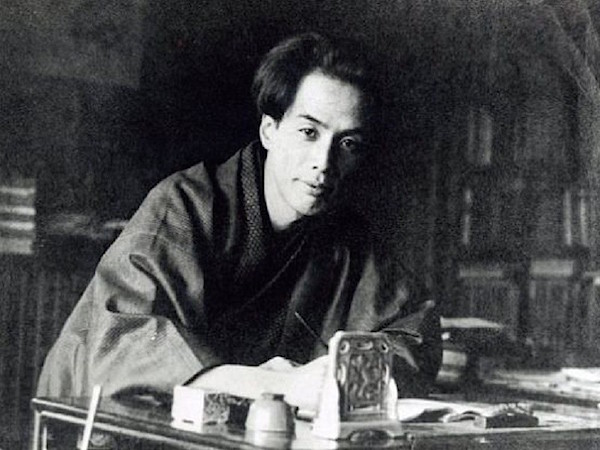 With more than 60 books published, this beloved cartoonist and children’s author made the literary world a better place with his whimsical characters and fantastic rhymes.

Most people have read or at least heard about The Cat in the Hat, How The Grinch Stole Christmas (now a holiday classic), and Green Eggs and Ham. If none of these sound familiar, run to the closest library – you will not regret it. 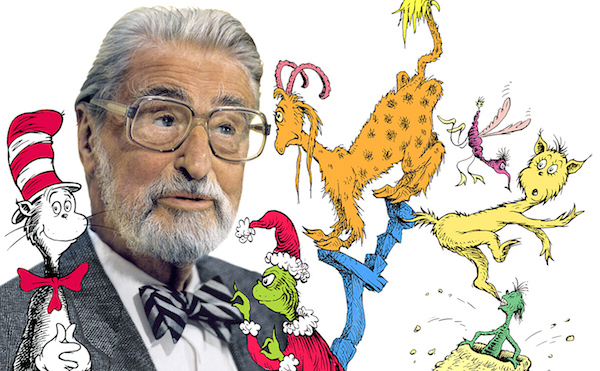 Known for his ability to beautifully combine fantasy with realism in his novels, this Nobel-winning Colombian author took the literary world by storm.

A few of the seven novels he wrote throughout his life include: El amor en los tiempos del cólera/Love in the Time of Cholera, Cien años de soledad/One Hundred Years of Solitude, El general y su laberinto/The General in His Labyrinth, and Del amor y otros demonios/Of Love and Other Demons. 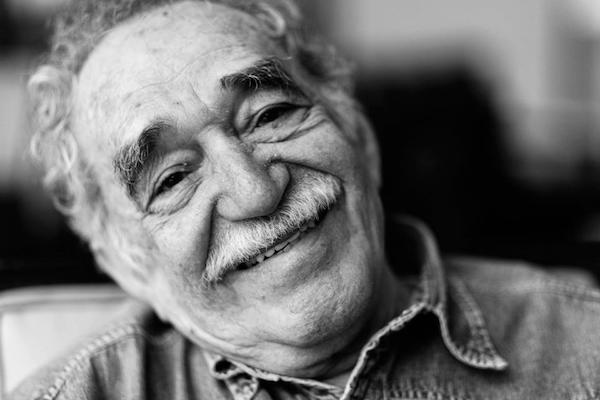 The man who established that the number 42 is the answer to the ultimate question of Life, the Universe, and Everything. What first started as a BBC Radio 4 series, The Hitchhiker’s Guide to the Galaxy was such a booming success that Adams became the youngest author to be awarded a Golden Pan in 1984.

Aside from The Hitchhiker saga, Adams’ other publications cover Dirk Gently’s Holistic Detective Agency, Long Dark Tea-Time of the Soul, The Deeper Meaning of Liff (collaboration with John Lloyd), and Last Chance to See (collaboration with zoologist Mark Carwardine). 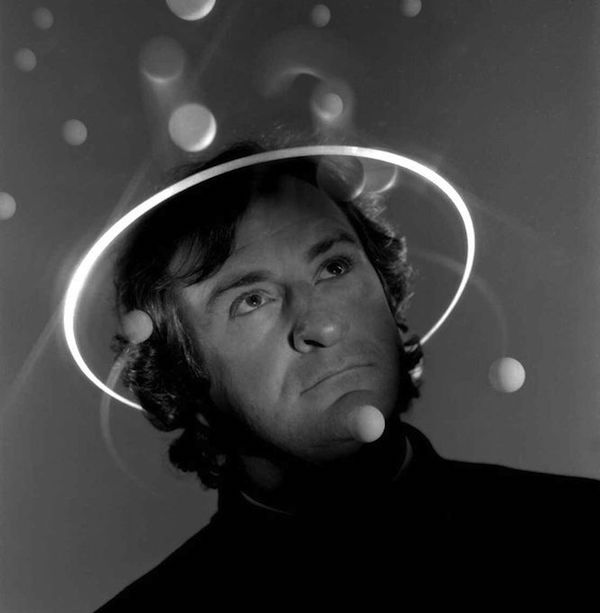 Part of the triad who led the Beat Generation of writers, Kerouac’s fame sparked in 1951 with his greatest novel, On the Road, inspired by previous cross-country road trips he took to destinations such as Chicago, Los Angeles, Mexico City, and Denver.

A decade later, his second most famous novels consisted of Book of Dreams, Big Sur, Visions of Gerard, and Vanity of Duluoz. 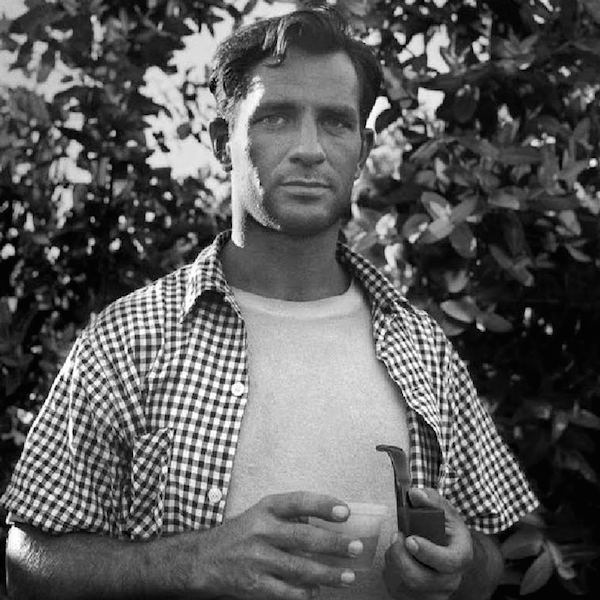 She was the mind and the pen behind Zeely (won the Nancy Bloch Award), The House of Dies Drear (won the Edgar Allan Poe Award for Best Juvenile Mystery), and M.C. Higgins, the Great.

It was M.C. Higgins, the Great that made her the first black author to win the Newbery Medal, and also won four more awards on the side. Her children’s books and coming-of-age plots portrayed racial diversity as another aspect of life instead of an issue to confront. 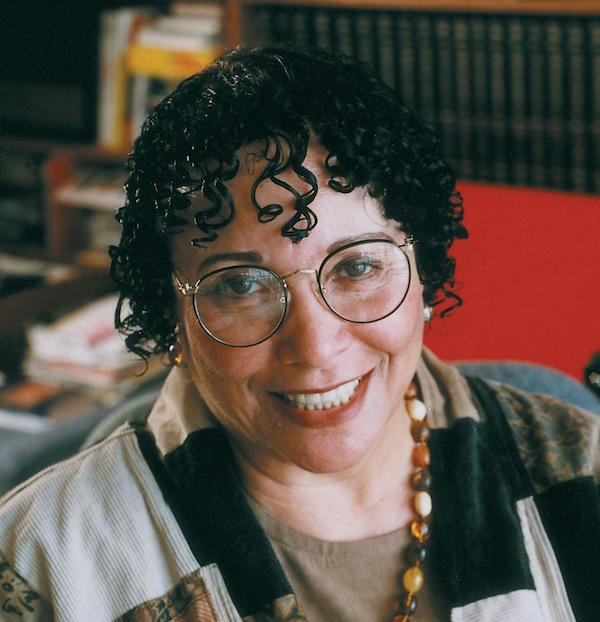 An Irish playwright and translator who helped found the Abbey Theatre. The 1904 comedic play Spreading the News was a direct result from Lady Augusta Gregory’s collaboration with William Butler Yeats after she translated some of his work. 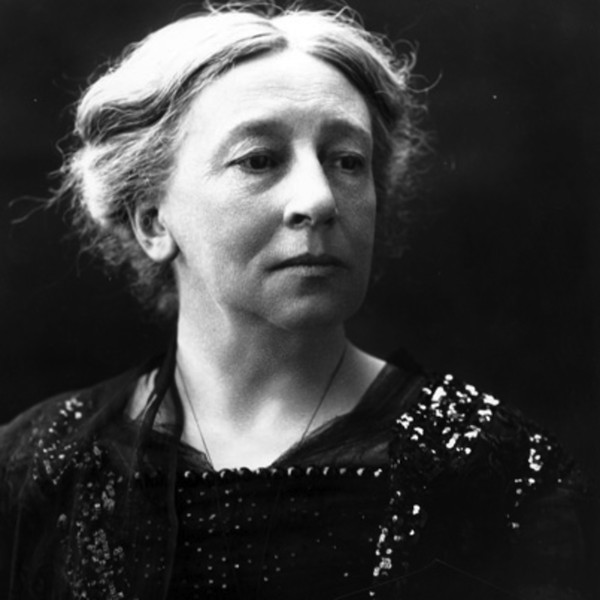 Just look at that magnificent mustache. That is the mustache of an English man who has lived a fascinating life. Rumored to know 29 languages, his skill as a linguist and a writer allowed him to translate The Book of the Thousand Nights and a Night (aka The Arabian Nights). 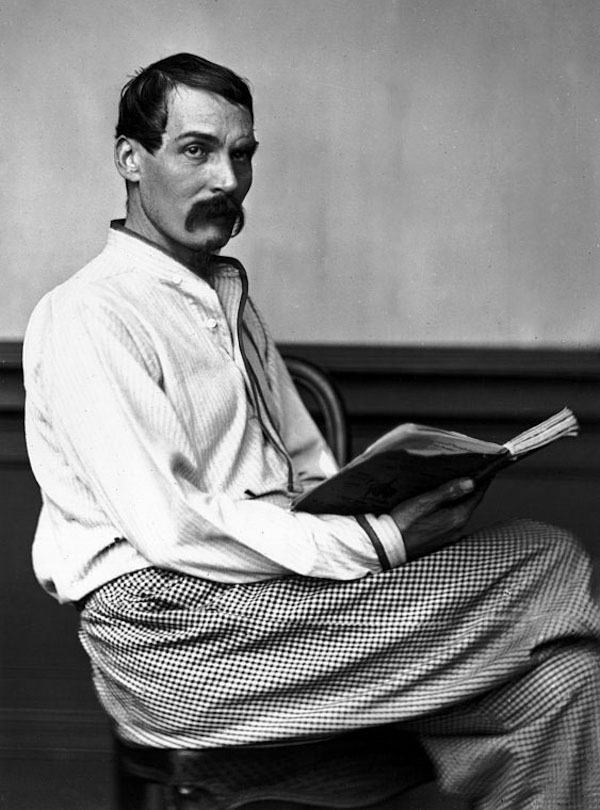 Author of critically-acclaimed titles including (but not limited to) The Giver Quartet, Anastasia Krupnik, and Number the Stars. Lowry won the 1994 Newbery for the controversial yet brilliantly written first novel of The Giver.

Most recently she published a children’s book series with a quirky character named Gooney Bird Greene. 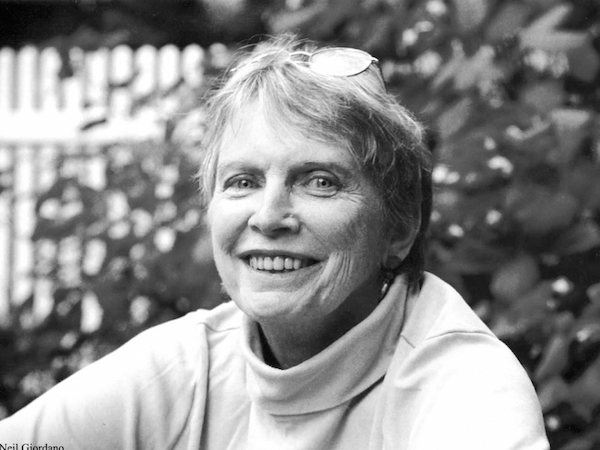 Houston A. Baker, Jr.’s work is well-renown for one specific factor: his emphasis on spirituality and on autobiography, which he used to explain how the first African American communities maintained their heritage.

Some of his publications include The Journey Back: Issues in Black Literature and Criticism, Blues, Ideology, and Afro-American Literature: A Vernacular Theory, and Betrayal: How Black Intellectuals Have Abandoned the Ideals of the Civil Right Era (which got the 2009 American Book Award). 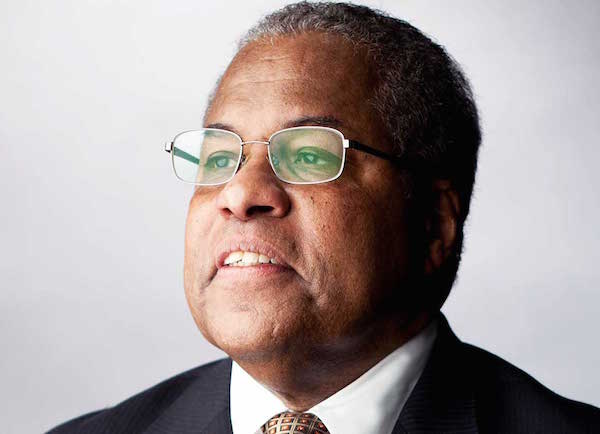 Author of works such as The Black Woman: An Anthology, The Sea Birds Are Still Alive, and The Salt Eaters, Bambara was a determined, outspoken, intelligent advocate for civil rights and women’s movements. She earned the American Book Award for The Salt Eaters in 1981. 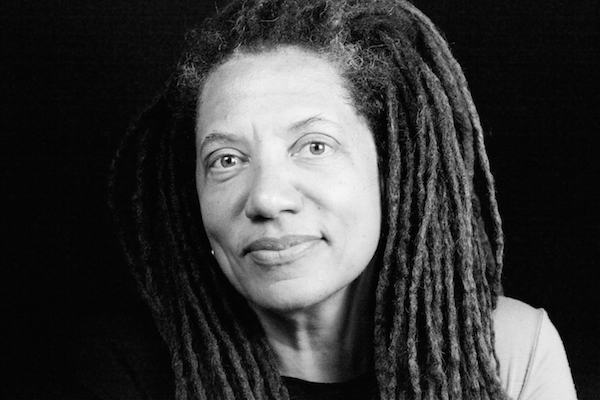 Would you rather have the world end in fire, or in ice?

Never earning a formal college degree despite attending Dartmouth College and Harvard University, Frost was the most celebrated poet in the United States by the 1920s after a series of odd jobs. Some of his poems include The Road Not Taken, The Soldier, Stopping by Woods on a Snowy Evening, and After-Apple Picking. 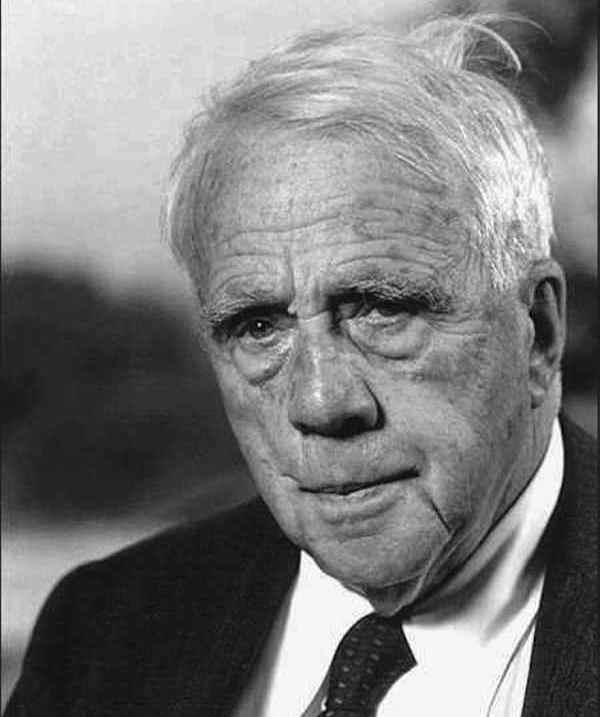 Pulitzer-winning playwright of A Streetcar Named Desire and The Glass Menagerie (among many more). Inspired by cities such as New Orleans and his parents’ strained marriage, Williams was persistent in his intention to write, despite several obstacles and his first flop with the play Battle of Angels in 1940. 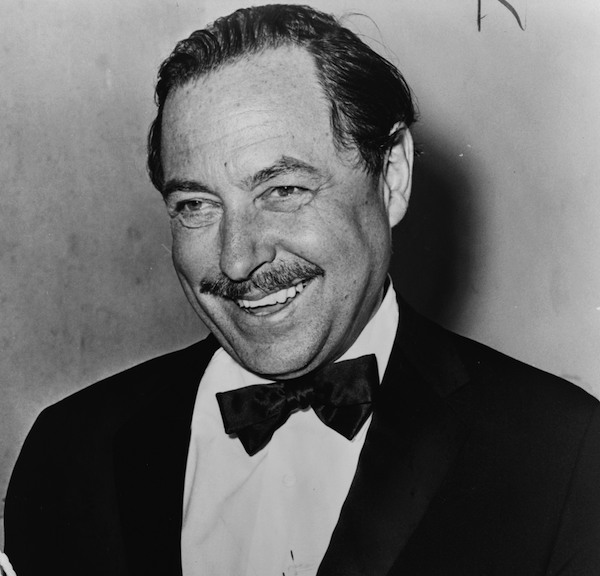 A screenwriter, novelist, sports writer, and television producer, Schulberg is in the category of authors with versatility. His novels, What Makes Sammy Run? and The Harder They Fall earned him recognition in the world of literature, while his screenplay for On the Waterfront won the 1954 Academy Award. 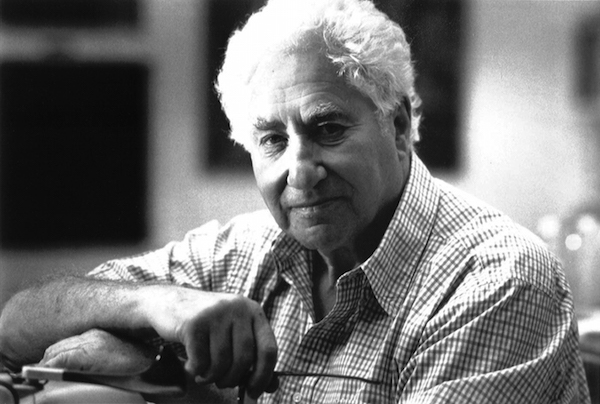 Her only published work was Black Beauty, although it was far more than a one-hit wonder. The novel became an immediate success and with fifty million copies sold, it earned its place as one of the best-selling books of all time. 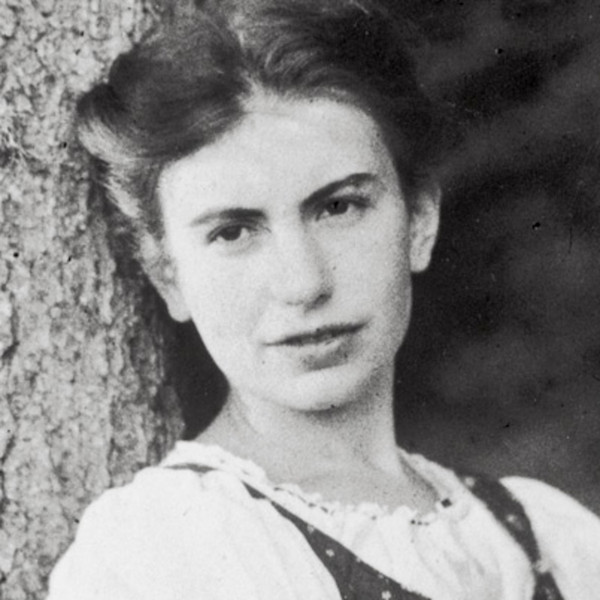 Have you finished that cupcake yet? If so, you can always get another one and read more about these amazing authors and their lives. Alternatively, you could just prepare your cupcake orders for next month’s round of author birthdays.

Featured image via Tails from the Front Line