One Rio Rancho man has a book collection that many would dream of. Mike Vincent has been collecting books since he was a child and has amassed over 2,400. 1,600 sit in his home library while the rest are currently kept in a climate controlled storage unit. But what is so great about this particular collection you might ask? It’s the rarity and history of many of the books.

Mike Vincent’s living room is packed with first and early editions. Some of these are from well-known authors, some more obscure. Among them is the first edition of Frank Baun’s Oz series from the early 1900’s. He has a 1552 collection by Martin Luther, and 1899 copy of Joseph Conrad’s Lord Jim. Tolstoy, Nabokov, Pasternak, Baum, Cather, Byron, Tennyson, Stevenson, Twain, Hemingway, Lewis, Freud, and Darwin are just a few of the many authors that inhabit this private library. 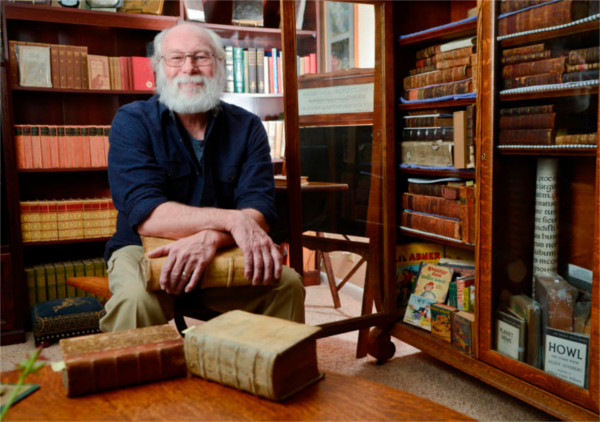 Some of Mike Vincent’s books are also incredibly old. He owns several Bibles, some as small as a deck of playing cards, that were commonly rolled into the sleeves of Franciscan friars of the 1500’s and 1600’s. The oldest book in his collection is an illuminated manuscript from the 1100’s. It is written in Greek and announces the annual celebration of the Virgin Mary’s ascension.

Mike Vincent comments that he is fascinated by the journey books can take through time. While looking at his small bibles, he says, “I can picture the friars unrolling their sleeves and removing the Bibles to read by candlelight. It just boggles my mind that I can sit in my living room and hold the same Bible held by a Franciscan friar in 1606. And it makes me think about that book’s journey. Where was it in 1776 or 1812 or 1917? Today, it’s in my living room. To me, that’s remarkable.” 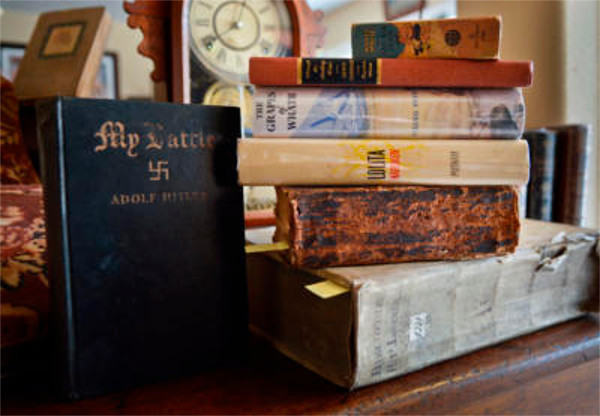 The collection has recently been appraised for $170,000. It began when Mike was only 6 years old and a neighbor who often took him to church gave him a Bible. At age 8, he made his first book purchase and got Tom Sawyer. In 1972, Vincent was sent to South Korea during the war for helicopter flight operations. He brought with him a footlocker full of books and found that South Korean bookstores were a great resource for adding to his collection. After the war, he finished college, was a teacher for a while, got a corporate job with Firestone Tire, became a teacher again, and eventually retired in November 2016. Throughout all these life transitions, Vincent was constantly visiting bookstores, estate and garage sales, online auctions, and antique book dealers for new books to add to his collection.

Vincent has read every English book in his collection and, as he knows a little German, many of the German books.

What do you think of Mike Vincent’s collection? 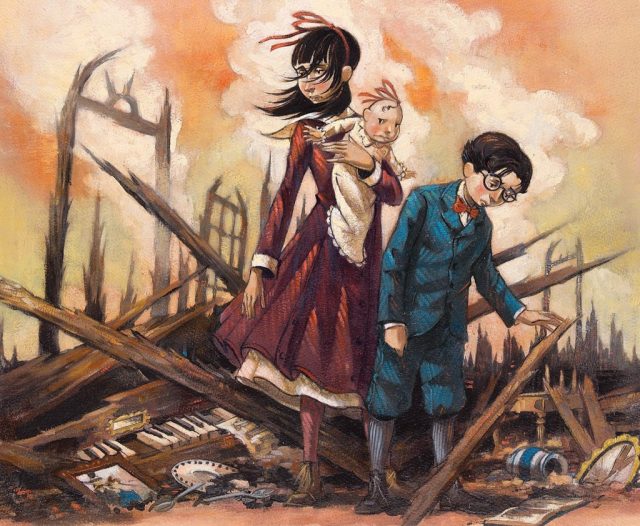