It probably goes without saying that most classic novels are really good— I mean, they’re classics after all, and there’s usually a really good reason they’ve stood the test of time. But unfortunately, the label of “classic” gets…well, not misapplied, necessarily, but maybe overly enthusiastically applied. We all know them, we’ve all read (or tried to read) them: those books that, while we may understand why they’re important and influential, nevertheless just don’t do it for us. Here are nine such overrated classics, along with suggestions for what to read instead.

Confession: I actually really like Moby Dick, to the point where I’m currently in the middle of re-reading it. But I get that it’s not to everyone’s taste— it’s long, it’s wordy, and it’s full of lengthy side discussions on everything from the mechanics of ships to the biological classification of whales. Yes, it’s historically and culturally significant, but a thrilling adventure ride it ain’t.

What to read instead: Check out Heidi Heilig’s book The Girl From Everywhere. It has all the good stuff from Moby Dick— epic sea voyages, a man with a single, possibly dangerous obsession— but it also has time travel, romance, and a kickass heroine. Or try Nathaniel Philbrick’s In the Heart of the Sea, about the wreck of the whaleship Essex— the real life tragedy that inspired Moby Dick. It’s a well-researched and utterly engrossing read about a harrowing disaster and survival against all odds.

2. The Catcher in the Rye by J.D. Salinger

Ugh, yes, Holden, we get it— you’re angsty and alienated and suffering and life as a privileged white kid is just so hard. You’re also kind of insufferable, and your self-pitying b*tchfest gets old pretty fast. True, a lot of adolescents go through this self-centered “oh, woe is me” stage, but you take it to a whole new level. Please just get over yourself.

What to read instead: Wild Awake by Hilary T. Smith. The narrator, seventeen-year-old Kiri, has big plans for the summer, but everything changes when a mysterious phone call re-opens old wounds. Kiri goes through just as much teenage angst and turmoil as Holden (including dealing with the death of a sibling), but manages to be a lot more sympathetic and interesting to read about. 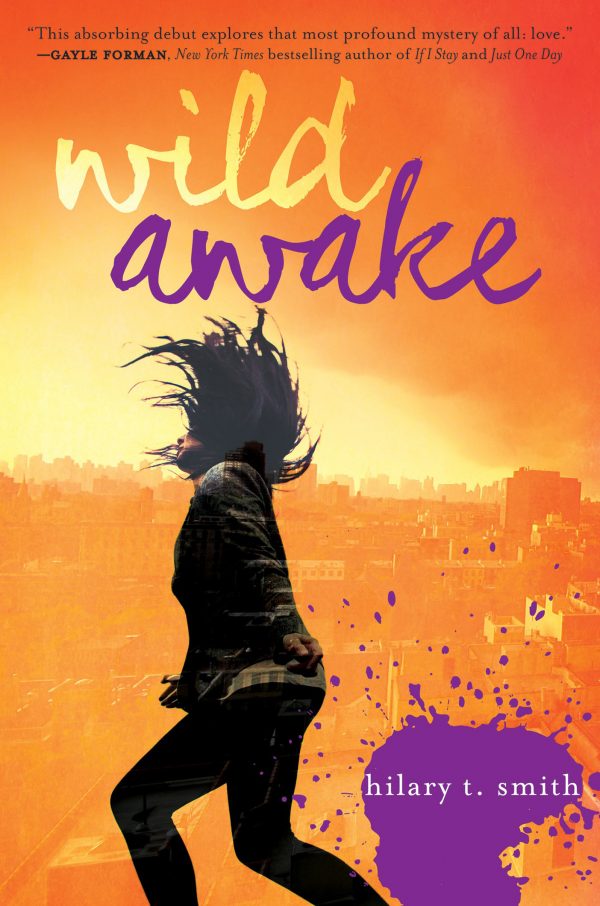 3. A Portrait of the Artist as a Young Man by James Joyce

Nobody will ever be as impressed with James Joyce as James Joyce. Maybe this makes me a total Philistine, but his books all read to me as nothing more than thinly veiled excuses for him to hit you over the head with how brilliant and experimental he is. Unfortunately, all this brilliant, experimental prose seems to come at the cost of little things like, oh, I don’t know, plot and interesting characters. I tried my hardest, I really did, but I just couldn’t muster up the energy to care about Stephen Dedalus’s intellectual awakening.

What to read instead: Pick up Winesburg, Ohio by Sherwood Anderson. A series of short stories about the inhabitants of the titular town, the book deals with many of the same themes as Portrait of the Artist— coming of age, intellectual awakening, an eventual self-exile— but manages to do it without being dense and unreadable. 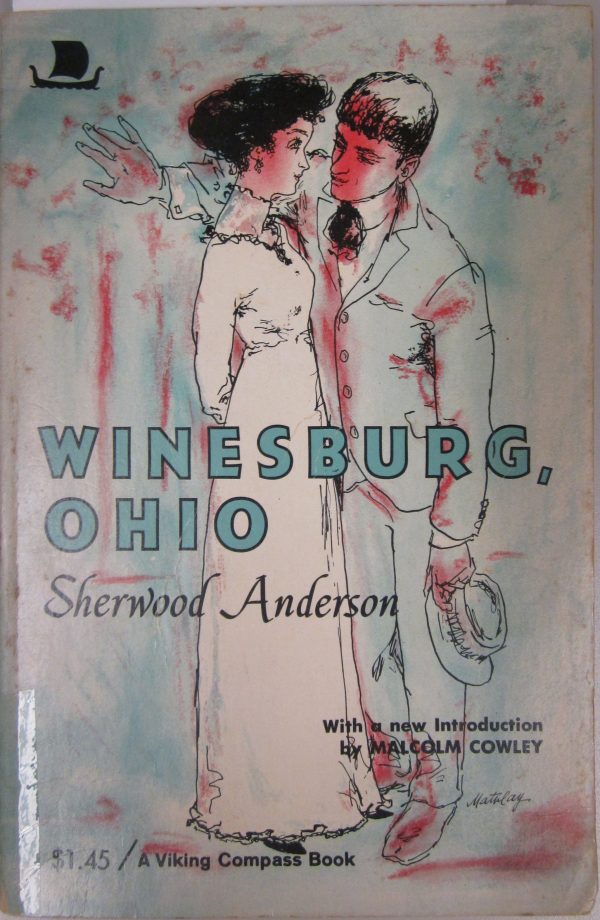 This is another one that I personally love, but a lot of other people don’t, and I completely understand why. The characters aren’t particularly likeable, the plot is convoluted, and all that brooding and wandering on the moors can get old fast. And honestly, Heathcliff is just the worst.

What to read instead: Solsbury Hill by Susan Wyler. It’s a contemporary love story that brings together a girl from New York, the Yorkshire moors, and the legacy of Emily Brontë herself. Or pick up Windward Heights by Maryse Conde, a reworking of Wuthering Heights set in the Caribbean, and dealing with issues of race and colonialism. 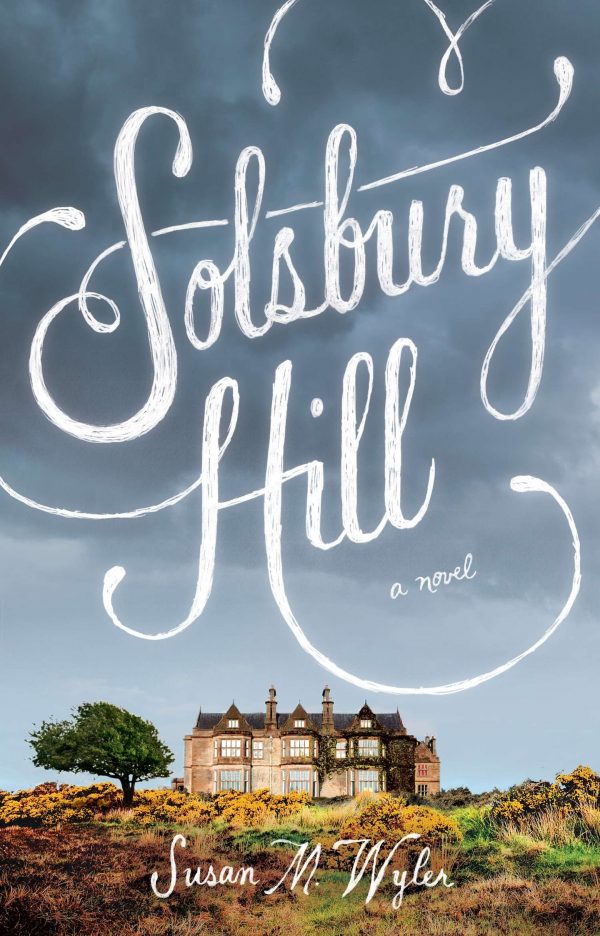 5. On the Road by Jack Kerouac

Sex! Drugs! Pseudo-intellectualism! Narcissists who desert their (sometimes pregnant) wives and girlfriends whenever they feel like it in order to take off on pointless, meandering road trips! But it’s all cool, because, you know, they’re free spirits and they just gotta go, man!

What to read instead: For a far better road trip book, look to John Steinbeck’s Travels With Charley, wherein he chronicles his trip across America with his French poodle. That should tide you over until June, when Mackenzi Lee’s novel The Gentleman’s Guide to Vice and Virtue comes out. Featuring two hedonistic British noblemen on their Grand Tour, it promises to be the swashbuckling road trip book you always wanted. 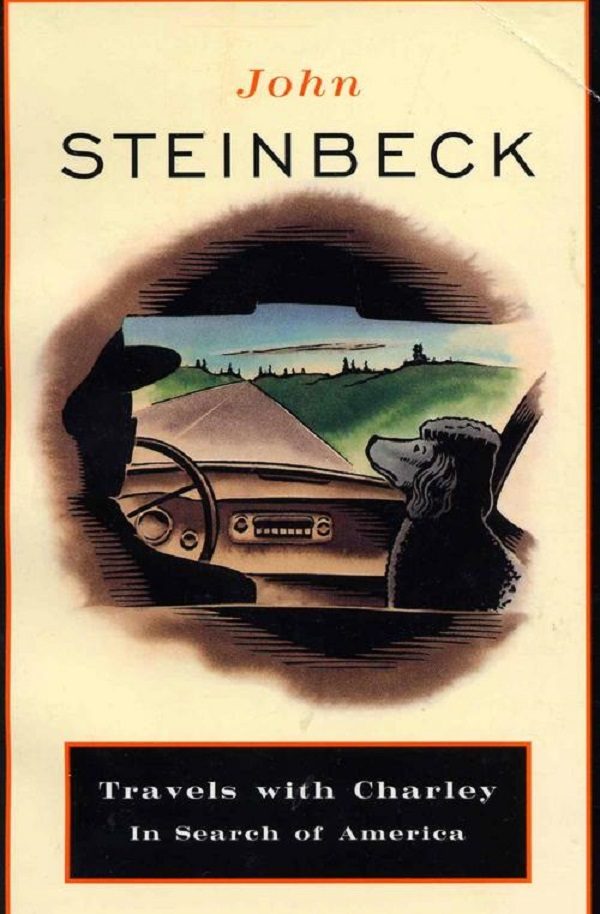 6. The Scarlet Letter by Nathaniel Hawthorne

Yes, it’s an American classic. Yes, it deals with important themes of sin, repentance, forgiveness, dignity, shame, and ostracization. And yes, it’s great to see the determined Hester build a life for herself and her child in the midst of a society that scorns and judges her at every opportunity. But Hawthorne isn’t always the catchiest writer and man, oh man, can it be a slog to get through.

What to read instead: Take a look at Speak by Laurie Halse Anderson. Melinda, the narrator, starts the school year as a social outcast after a tragic event at a summer party. The book deals with many of the same themes as The Scarlet Letter— isolation, ostracization, resilience— but in a modern high school setting that many readers will find far more accessible than Hawthorne’s Puritan town. 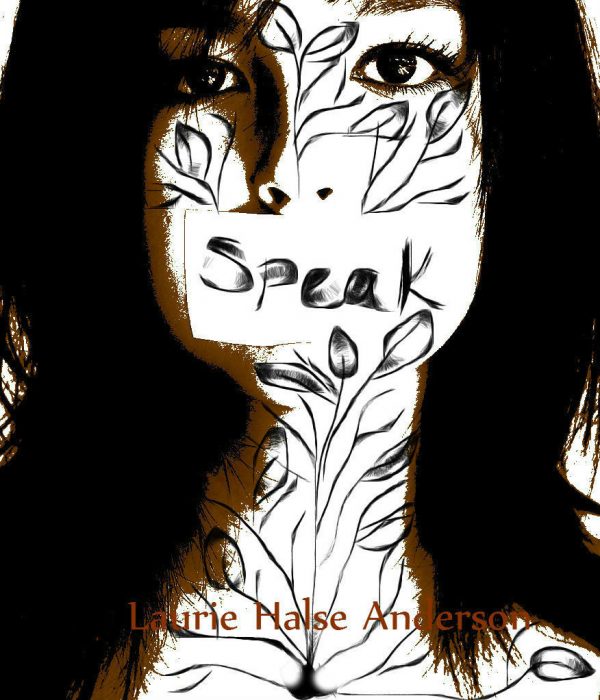 I may get tarred and feathered for saying this, but I think Virginia Woolf in general is overrated. Her writing leaves me cold, and I find her books unspeakably dull, especially Mrs. Dalloway. The titular character— who I just can’t bring myself to like or care about— buys flowers and hosts a party. Her daughter wanders around London. A World War I veteran kills himself. I yawn and wonder why I’m reading this.

What to read instead: The Return of the Soldier by Rebecca West. It also deals with the aftermath of war and the roles and struggles of women, and it’s beautifully written to boot. It’s poignant and sad and touching and basically all the things I just don’t get from Mrs. Dalloway. 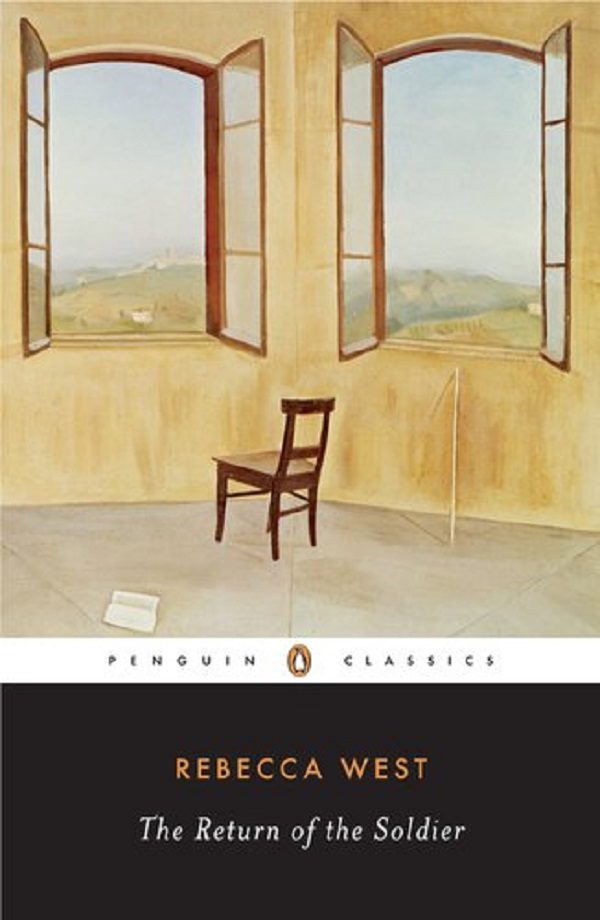 8. A Passage to India by E.M. Forster

A book about a young English woman who brings a questionable charge of rape against an Indian man shouldn’t be this boring. But, so help me, it is. The characters are so flat and wooden and the story so dreadfully slow that even though you know you should care about the injustice and the racism and the oppression, you just…don’t.

What to read instead: For a far more interesting novel about British India, check out The Siege of Krishnapur by J.G. Farrell. Set during the Sepoy Rebellion of 1857, the book is the story of a young Englishman who is caught up in the uprising and becomes an unlikely hero. By turns compassionate and sardonic, Farrell’s novel is much better reading than Forster’s and still provides a fascinating look at the British Raj. 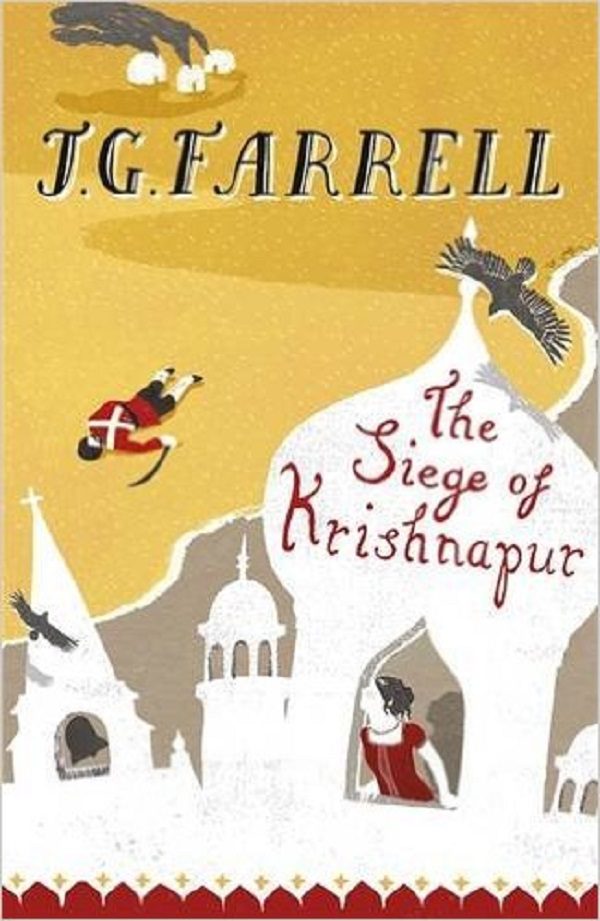 The Great Gatsby isn’t a bad book— far from it— but let’s face it, it’s more than a little overdone. Jazz, parties, tragic death… we all know the drill. It’s been a good run, but there’s a whole world of Roaring ’20s novels out there, and really, I think it’s time to move on.

What to read instead: If you still want the glitzy period setting, try A Certain Age by Beatriz Williams. Set in the thick of the Jazz Age, it has all the drama, parties, and vibrancy of Gatsby, but is told from the perspective of two young women. For a more modern take, check out Great by Sara Benincasa, a reworking of Fitzgerald’s novel that revolves around a young girl venturing into the world of trust-fund babies in the Hamptons. 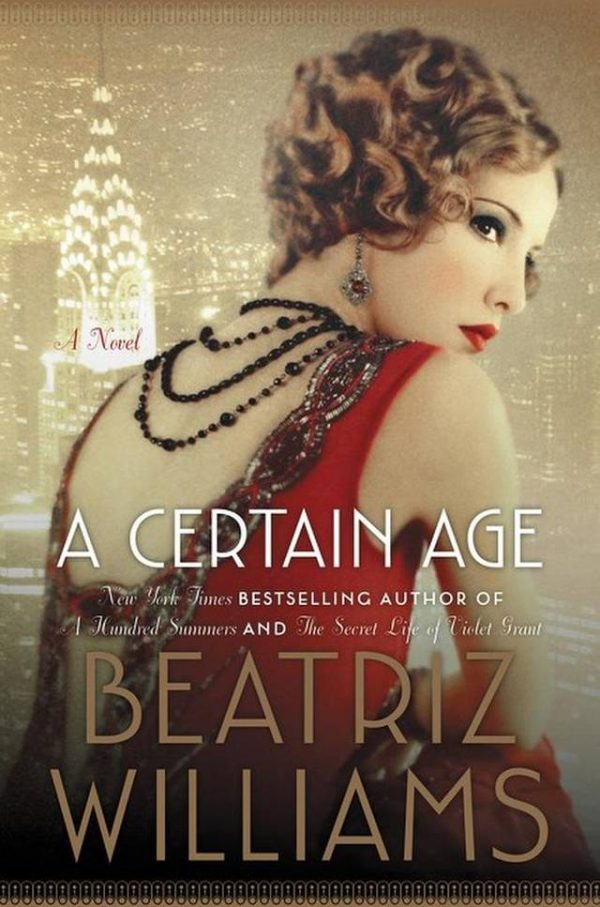 Is there a classic that you think is overrated? What would you recommend instead?