There are plenty of holidays the calendar year has to celebrate the past, but I’m hard pressed to find one better than President’s Day, especially at the moment. The White House has plenty of change brewing, a lot of it negative, but it isn’t an excuse to not look at the past fondly. Heck, maybe we can learn something by doing so.

Without further ado, here are 23 books about and by our nation’s past presidents.

1. Washington: A Life by Ron Chernow

A rich and detailed biography about our first president, George Washington, written by the master at bringing history to life again. 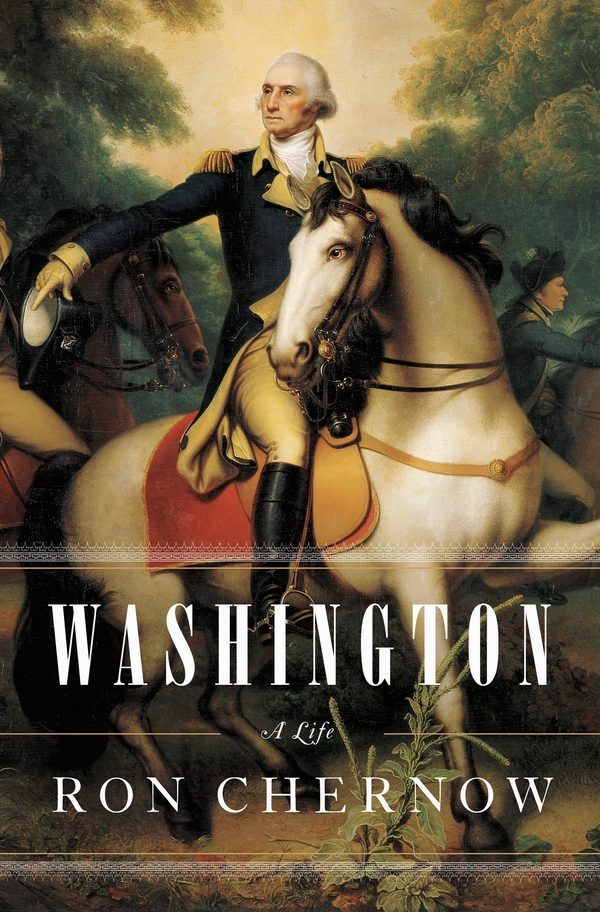 The second president is making something of a comeback, with a TV show named after him, and this biography is perfect to continue the trend. 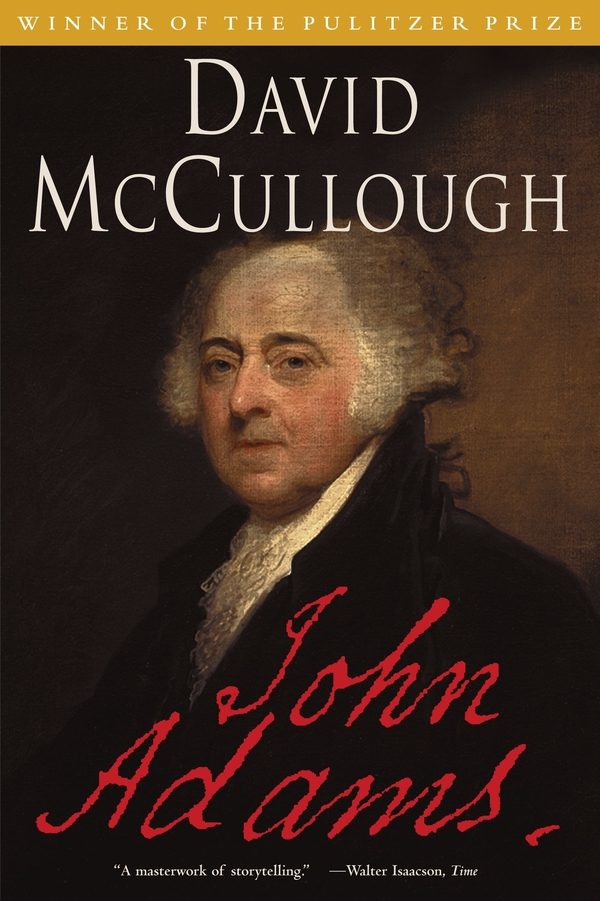 3. American Sphinx: The Character of Thomas Jefferson by Joseph Ellis

There is no doubt that Thomas Jefferson is one of the more charismatic, influential, and controversial presidents on this list, so three books will be discussed. The first is another biography titled American Sphinx. This explores the contradictions and complications of the man. 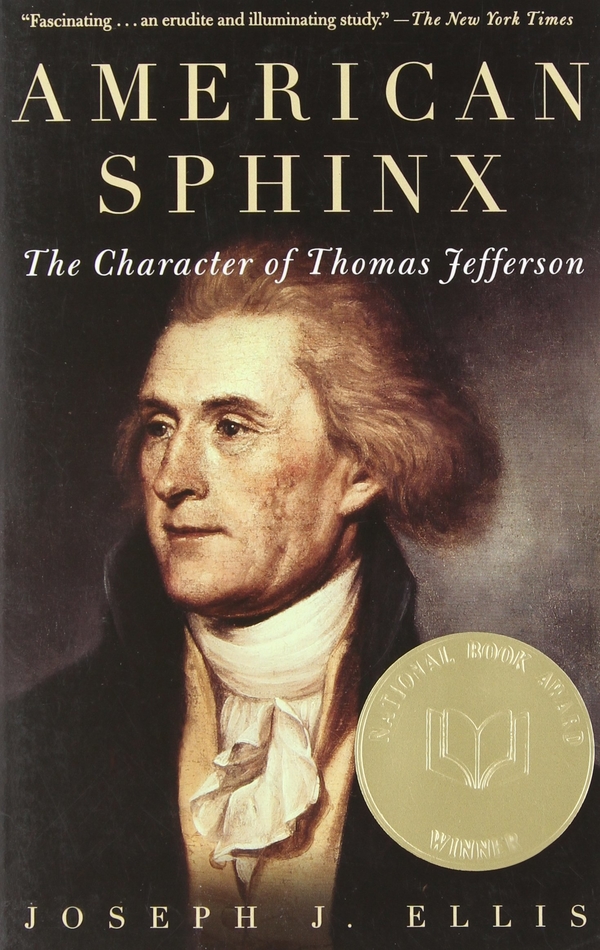 This book zooms in on the rumor that Jefferson fathered children with a slave by the name of Sally Hemings, and backs it with proof. However, historians long discounted the possibility, and the book addresses this as well. 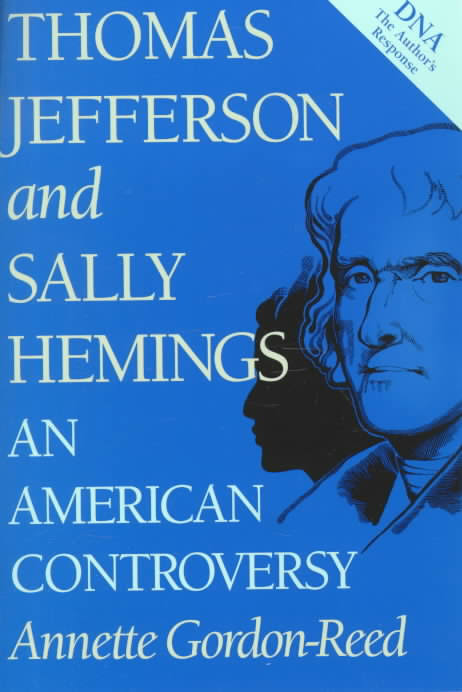 5. Thomas Jefferson: Writings : Autobiography/ Notes on the State of Virginia/ Public and Private Papers/ Addresses/ Letters from Library of America

What is a stronger testament to character than writings from the man himself? As the title suggests, this book holds a lot of the more iconic writings from Thomas Jefferson. 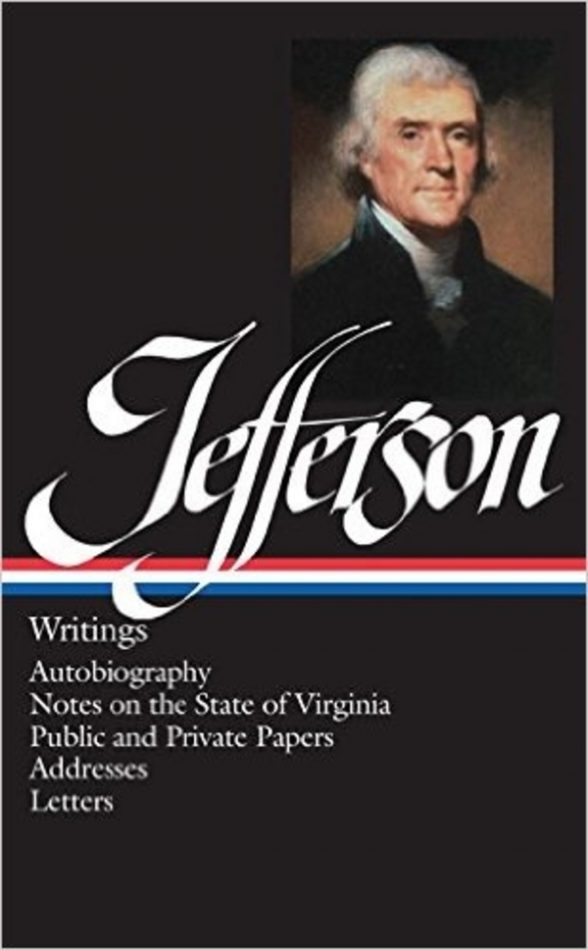 Speaking of controversy, you don’t get much more controversial than Andrew Jackson. The American Lion was known for being anti-establishment and was responsible for the Trail of Tears. This particular biography manages to dodge the natural bias and addresses both sides. 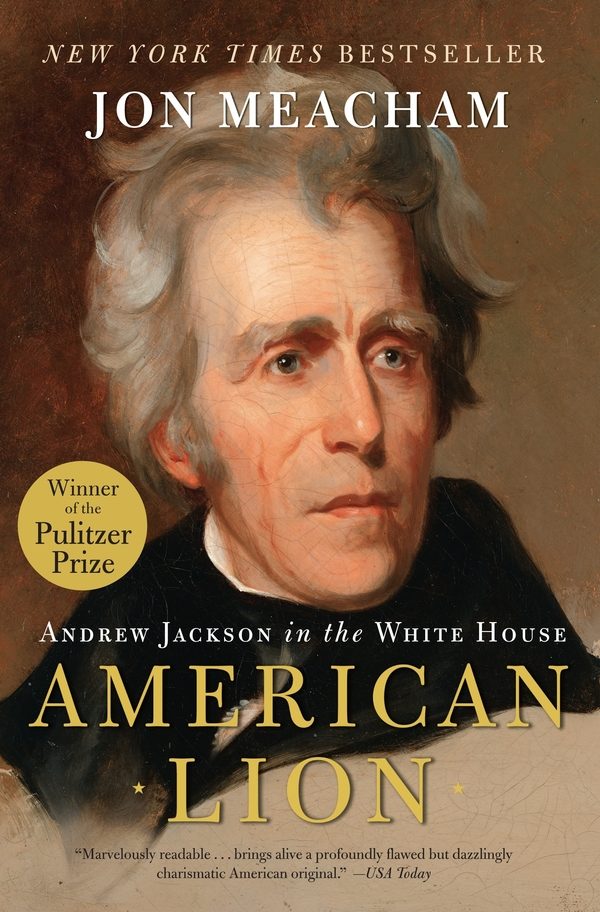 This historian painstakingly researched President Lincoln’s strengths and weaknesses, giving a detailed (and huge) account in order to humanize the president that often seems more myth than reality. 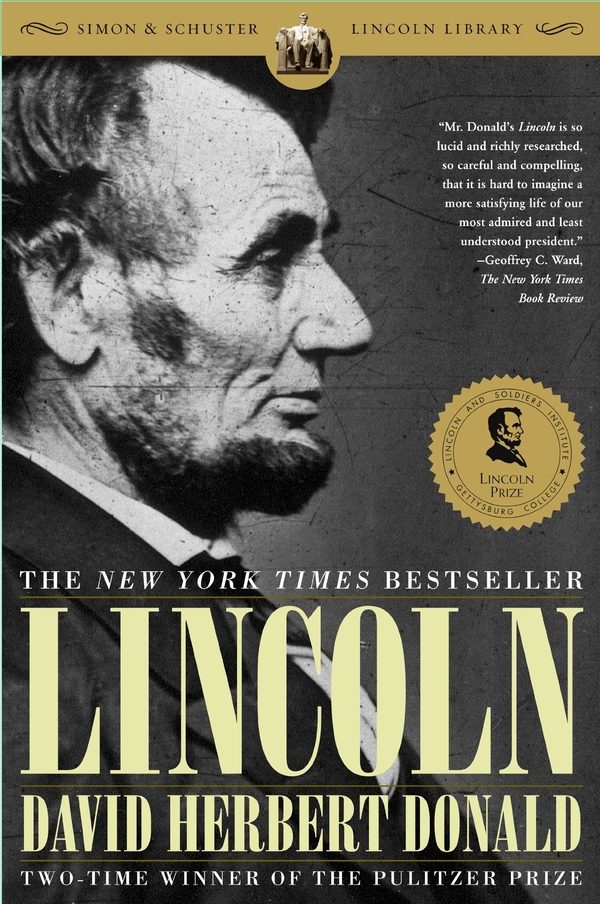 8. Lincoln at Gettysburg: The Words that Remade America by Garry Wills

This Pulitzer Prize-winning book delves into how Lincoln’s writing and leadership cast a spell that has yet to be broken over the country. 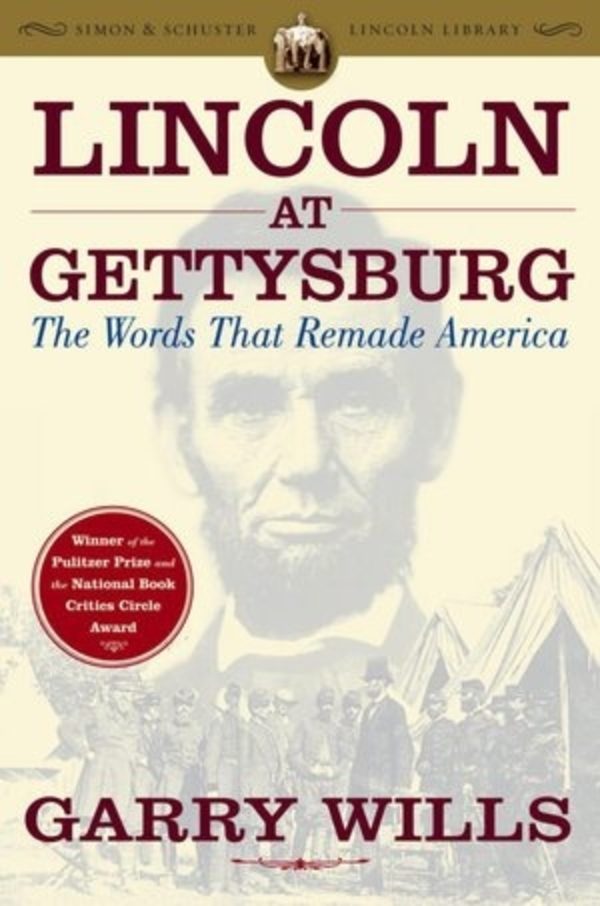 The military man Ulysses S. Grant was also a talented writer, as made evident by his memoir. This president has one of the strongest military memoirs written to date. 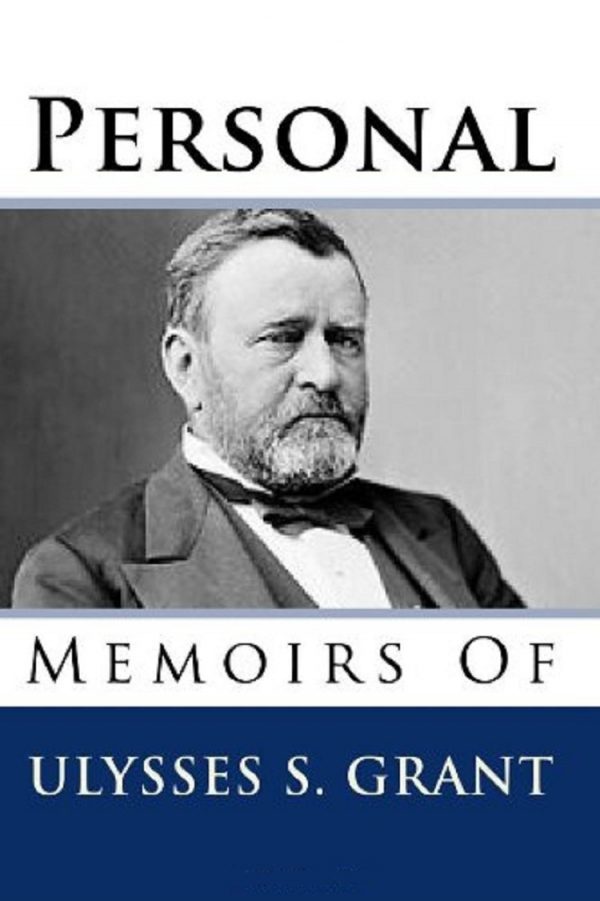 10. The Triumph of William McKinley: Why the Election of 1896 Still Matters by Karl Rove

George W. Bush’s former senior adviser long had an obsession with McKinley’s election, and his book on it was widely approved by critics, much to their surprise. 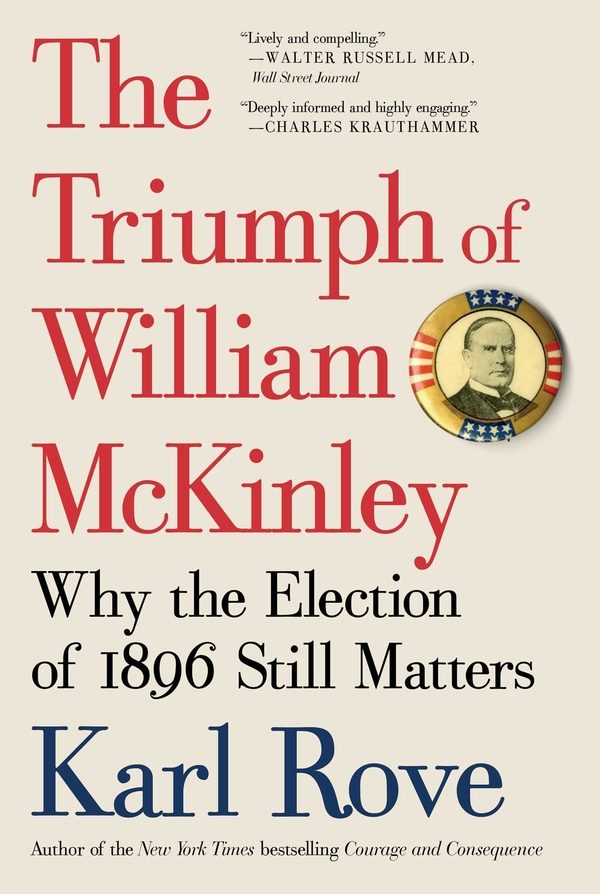 11, 12, 13. The Rise of Theodore Roosevelt, Theodore Rex, and Colonel Roosevelt by Edmund Morris

This is another man who needs three books. This three part biography dives into the steam engine that was Roosevelt, and the first book is acclaimed as one of the best biographies of the 20th century. 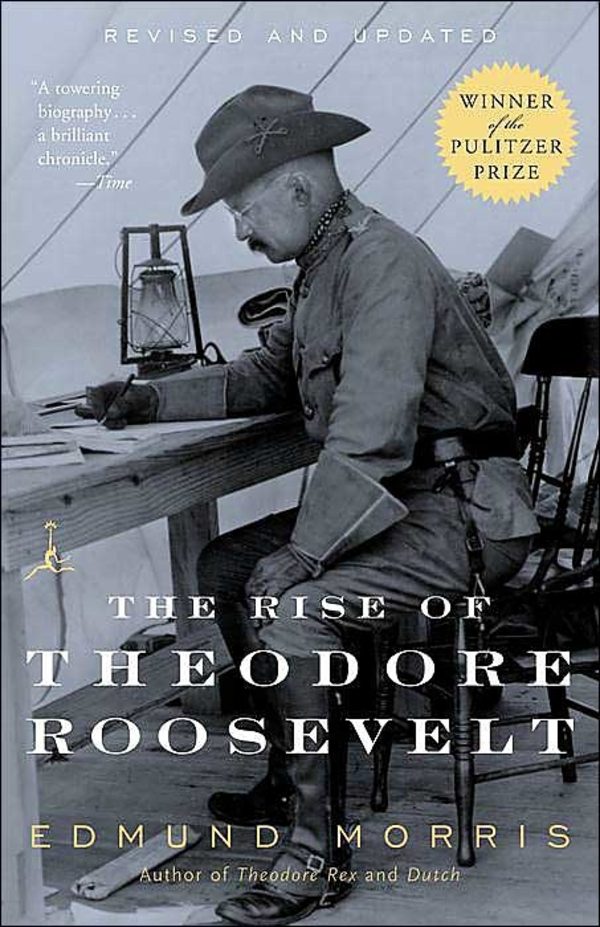 Woodrow Wilson goes in and out of trends like the tide, but there is no denying his relevance in World War I. The book is haunting as it follows his tragic life. 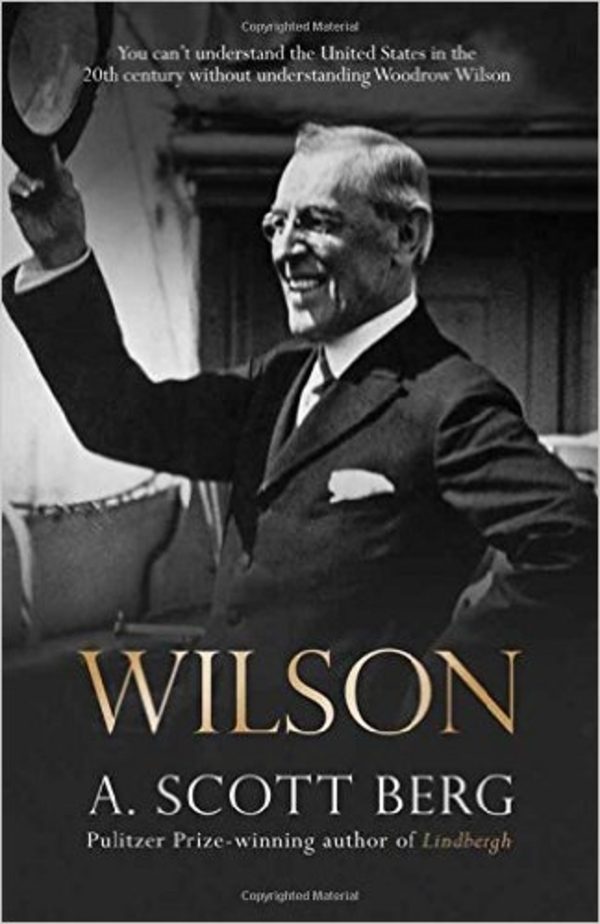 This list would be incomplete without mentioning F.D.R, who accomplished an astonishing amount during his presidency. This book focuses on his marriage to Eleanor Roosevelt, another huge figure in history. 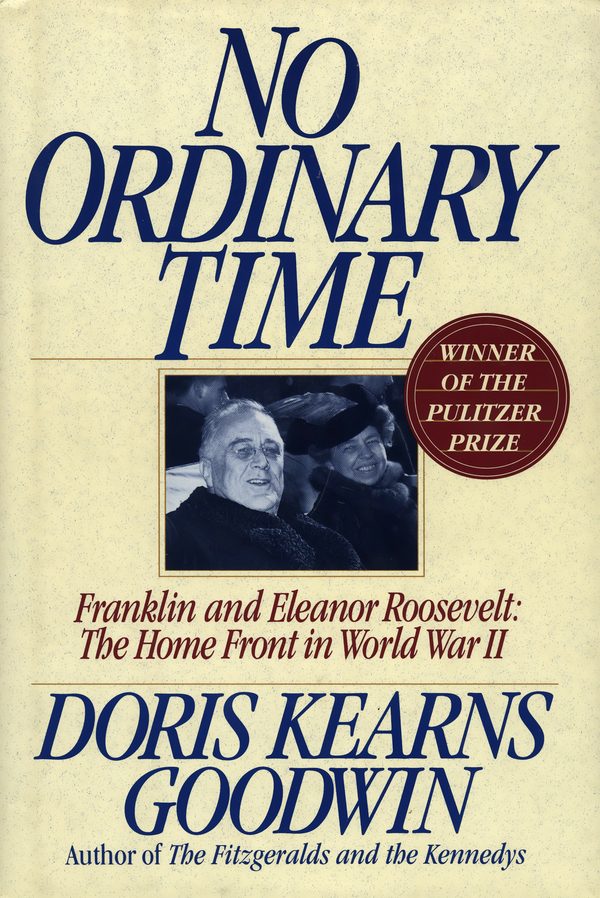 16. Eisenhower in War and Peace by Jean Edward Smith

Another one of our military leaders, this book focuses on what groomed Dwight D. Eisenhower for presidency. His life in the military takes up 3/4’s of the book. 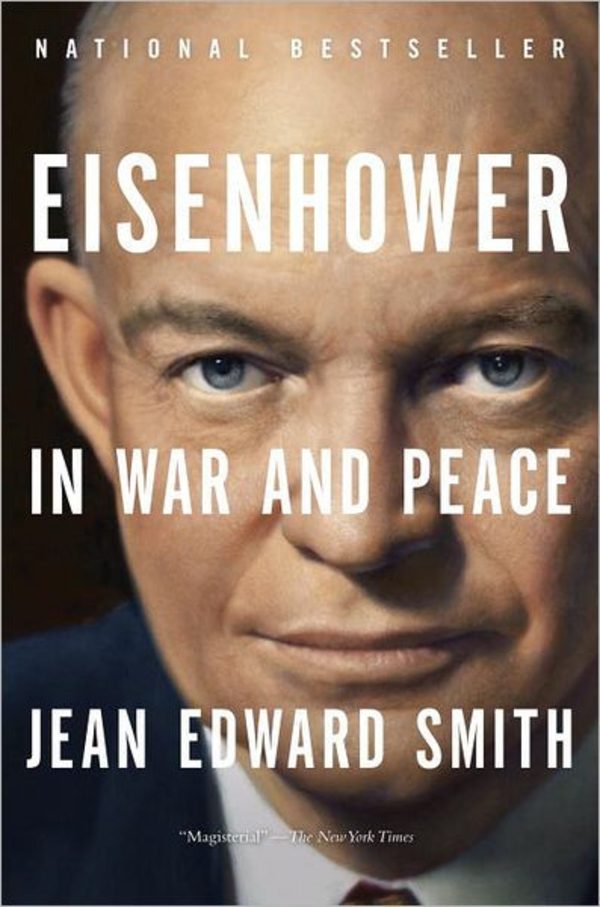 Schlesinger served in the White House when Kennedy was president, and the closeness leads to an insightful book that delves into civil rights and the challenges from Moscow and Southeast Asia. 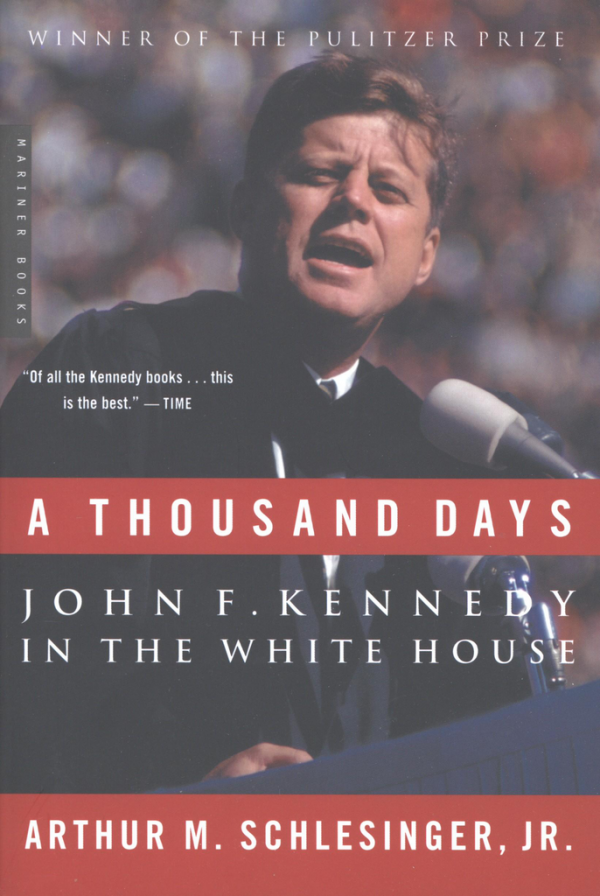 18. Master of the Senate: The Years of Lyndon Johnson by Robert A. Caro

Another book that comes with multiple installments, this one follows Lyndon Johnson with a vigor and a zeal that keeps readers focused and entertained. 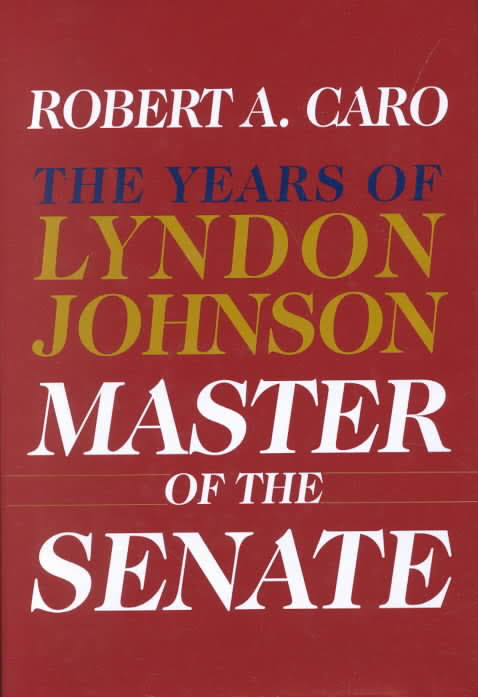 19. Nixon Agonistes: The Crisis of the Self-Made Man by Garry Wills

A tome might be a better description for this particular biography. Wills doesn’t just talk about the man’s presidency, which is one part tragic and one part repulsing, but also discusses how the state of politics and the history of the United States resulted in Nixon’s disastrous presidential term. 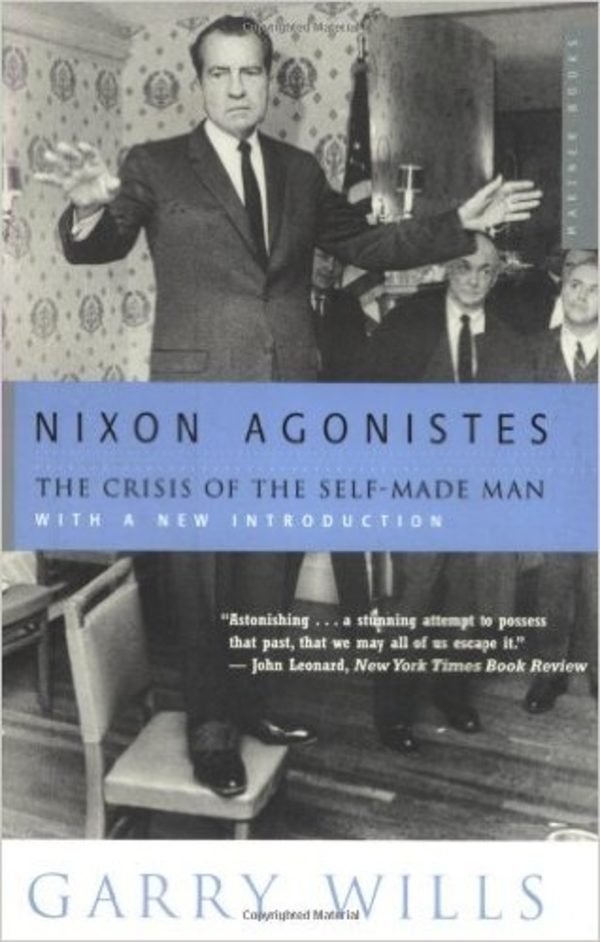 20. A Hornet’s Nest by Jimmy Carter

This is a remarkable novel because it is the first fictional novel by a former president. It details the American Revolution, appropriately. 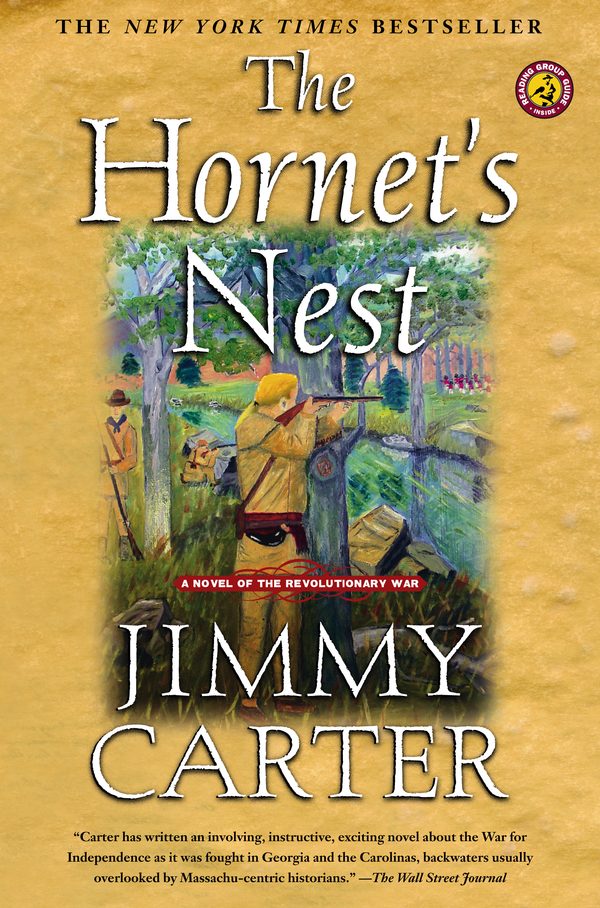 It is often said that Jimmy Carter achieved more outside of presidency than in it, and this novel is a lot of the reason why. This book was the laureate for him winning the Nobel Peace Prize in 2002, for his work in solving international conflict. 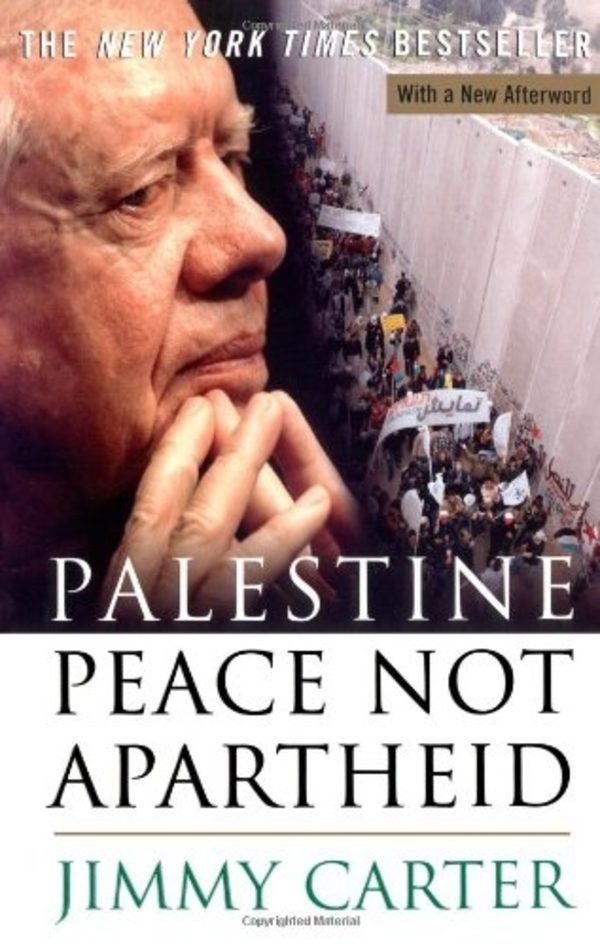 This book came out in the second year of Ronald Reagan’s term, but the author didn’t use it as an excuse to mince words. He demonstrated how Reagan’s career from acting and huge personality was a huge part of his success, even with an exceptional level of ignorance. 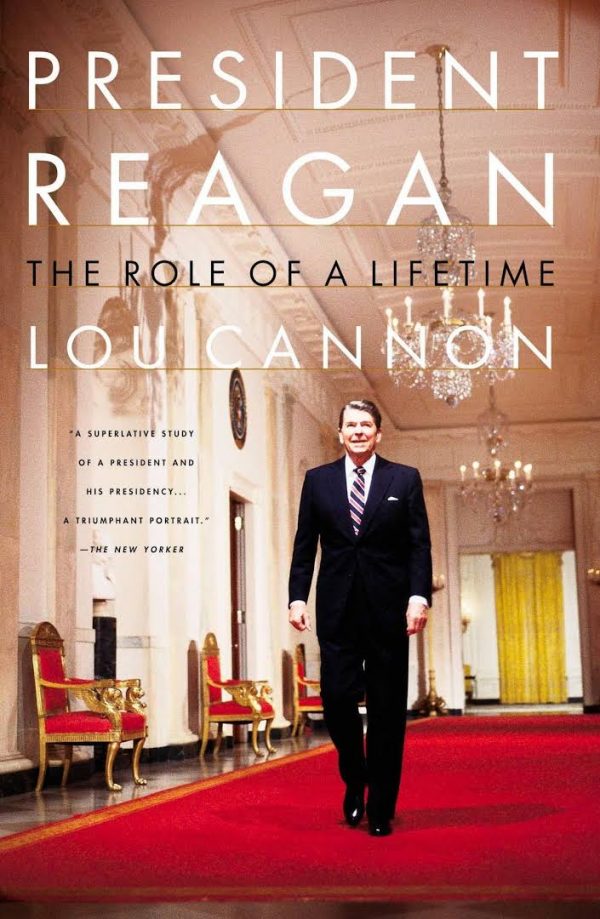 23. Dreams From My Father: A Story of Race and Inheritance by Barack Obama

The last on this list, and it should be obvious. Obama delves into his modest upbringing and how it shaped him into being one of our most progressive presidents. 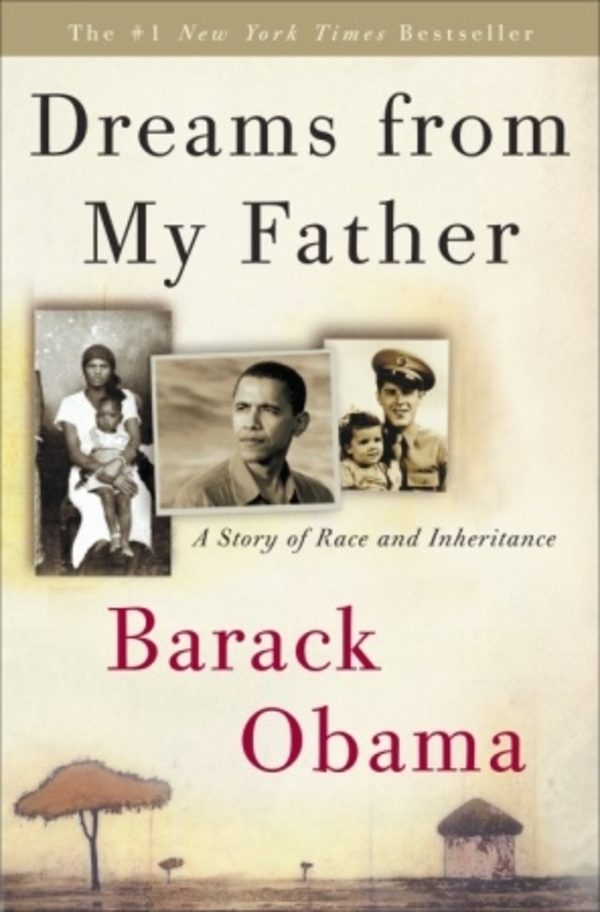 With our current president, it’s easy to see that America has repeated past mistakes and patterns more than once. There isn’t a better day than President’s Day than to start learning from them.