At the time of her death in November 2013, author Doris Lessing left behind a library of over 4000 books. The books were left in her home of West Hampstead, London. They needed to be inventoried to settle her estate. Also, interesting books, such as those with Lessing’s notes written in the margins, were to be set aside for a biographer.

Nearly every wall of Lessing’s home had a bookshelf. Yet that was not enough as piles of books could be found on the floor. On the third floor of her home was a room that had shelves just of books that she had written in her 60-year career as an author. The shelves were sagging under the weight.

As far as the order went, there was none. While most private libraries tend to have some form of rhythm or reason, Lessing’s library did not. Even in a spot such as a kitchen, where you might expect to only find cookbooks, Lessing had an eyewitness history to The Battle of the Somme. 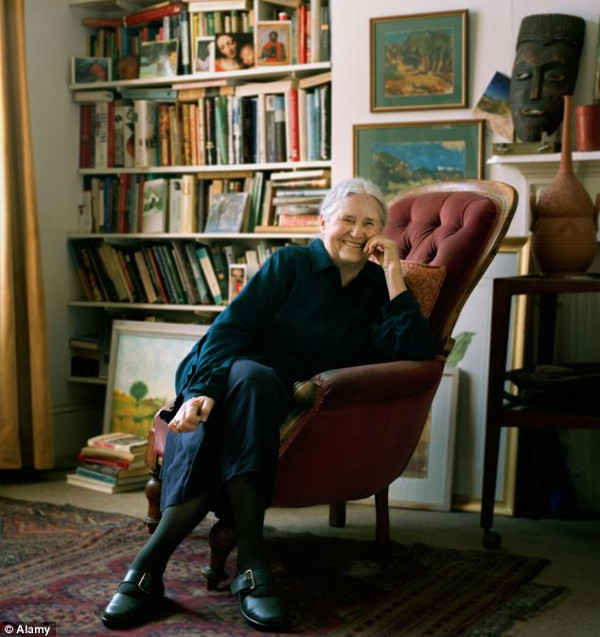 At first, there was little evidence as to what Lessing was like as a reader. She didn’t dog ear her pages and she didn’t leave notes in the margins. It took two weeks of cataloging her books before someone came across a squat row of books in the lounge on a high shelf. They were bound in green and orange fabric and were part of the Everyman’s Library; containing works such as Sophocles, Homer, Plato, Ibsen, and Stendhal. On that same shelf were a collection of books that came from friends or family. In one copy of The House at Pooh Corner, her son Peter left the inscription in blue pencil “Mummy is 40.” Fellow authors left dedications, everyone from Raymond Carver, Betty Friedan, and Alberto Manguel.

In every library, there’s usually a few books that don’t belong with the others. In Lessing’s case, it was the small collection on subjects such as ESP, UFO’s, Atlantis, and hidden powers. Lessing was searching for another way to explain human behavior, as she was often baffled by her own motivations.

At the top of the house were Lessing’s bedroom and office. On a small white bookcase, there were a collection of books on Sufism, a form of mysticism within Islam. These were the books that seemed to mean the most to Lessing. She was fascinated by Sufism and had several passages underlined with faces drawn in the margins. The faces were drawn with varying expressions and hats, as though to illustrated Lessing’s feelings on the subject matter. According to Jenny Diski, someone whom Lessing lived with as a teenager, Sufism “seemed to lock all her former passions together, neat and tight as a Rubik’s cube.”

Doris Lessing was born Doris May Tayler in 1919 in Kermanshah, Persia (now Iran). She always had a great love of books. At the age of 8, Lessing went to a convent school where the nuns would not permit her to read the classics, thinking them inappropriate for a young girl. To get around this, Lessing wrote to her parents, begging them to tell the nuns that she had permission. When she moved to London, she brought with her a couple trunkfuls of books that she was unwilling to part with. This included the Everyman’s Library that was mentioned earlier. 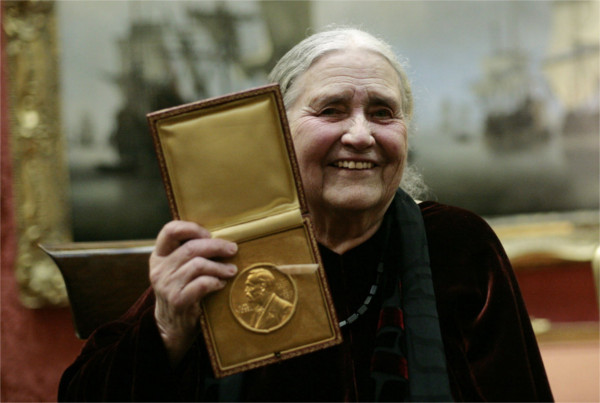 In 1949 Lessing handed in her first manuscript for The Grass is Singing. In 1962, she wrote The Golden Notebook, with brought her international fame. The Golden Notebook was an exploration of generational conflict, gender politics, and mental illness. In 2007 Lessing won the Nobel Prize for literature. She didn’t know that she had won until she was ambushed by reporters outside her house. Upon cataloging her library, 19 copies of her Nobel Prize speech were found in a box under the bath. In it, she spoke of the power of the storytelling impulse. She fought for the notion that books are needed to be more available to rural communities saying “Writing, writers, do not come out of houses without books.”

What is your favorite Doris Lessing Book?