On Wednesday, February 15th, Canada’s favorite storyteller passed away, and our collective heart broke. This man was not just another voice on the radio, he was a friend who reached through the airwaves to touch our hearts every week. 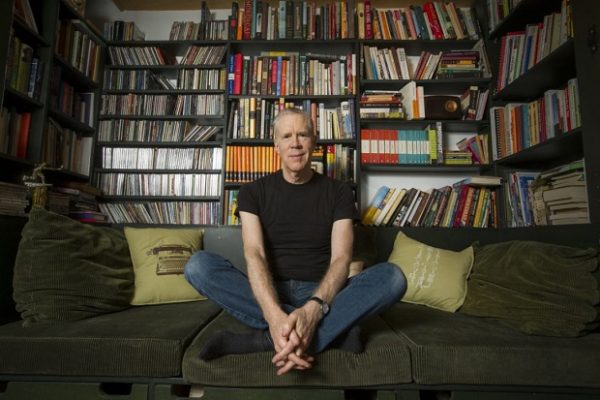 A member of the CBC radio family for decades, Stuart will undoubtedly be best remembered for his show “The Vinyl Café” that aired on Sundays across the country (as well as on some stations in the USA, and online podcasts). The hour-long show was comprised of human interest stories, personal essays (on every topic from Canadian history to romance), readings of humorous and touching letters from listeners, music from up-and-coming indy Canadian acts, and, of course, his hilarious and sometimes heart-wrenching stories of Dave, Morley, Sam, and Stephanie.

These people became parts of our lives, family members with whom we shared countless memories. When Stuart told the tale of the family road trip to Cape Breton for Christmas, we all grinned with recognition and nostalgia. When Dave tried (and failed) to rewire the kitchen in order to move the toaster closer to the kitchen table, we all rolled our eyes and thought of a friend or family member who would do precisely the same thing. And when we hear of how Galway the cat learned to use the toilet, we roared with laughter and reminisced about that strange things our own pets have done. 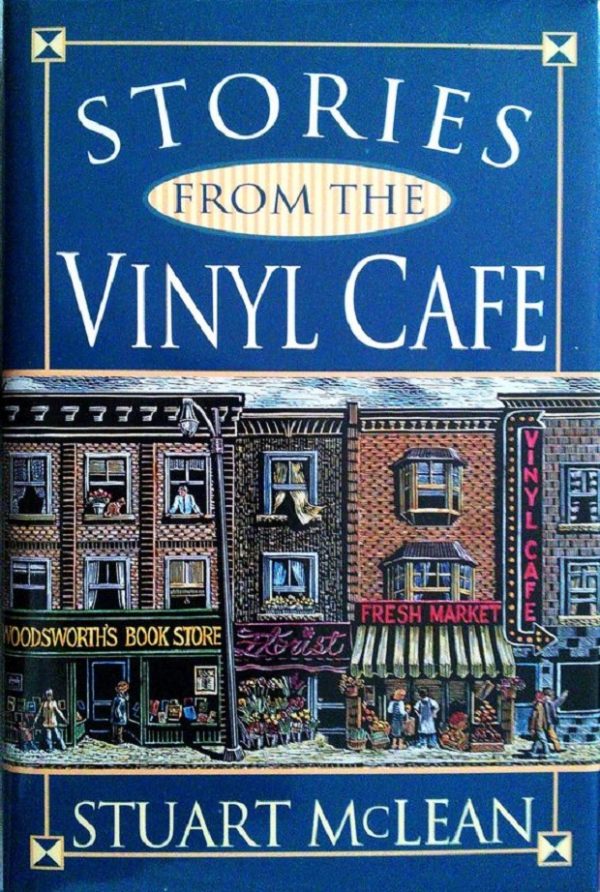 Truly, Stuart told the stories of our lives. Canadian radio legend Peter Gzowski once said that Stuart’s stories were similar to the New Yorker magazine’s Talk of the Town section: “On the surface, they seemed inconsequential, but in fact they were exquisitely crafted pieces of journalism.” I couldn’t have possibly put it better myself. His tales of Dave and Morely were more than just silly ditties, they were portraits of all happy, quirky Canadian families, where each character reminded us of someone we know. There’s a persnickety Mary Turlington in everyone’s neighborhood, just as every man has a Kenny Wong in his life, and perhaps even a dog like Arthur.

Speaking of Arthur, one more thing to be missed is the Vinyl Café’s Arthur Awards. Once a year, Stuart would offer these awards to “recognize the importance of the unimportance.” Little things, like when a child unexpectedly finds a purse full of money and hunts down the grateful owners, or when a doctor goes above and beyond to show respect and care for her assistants and staff despite her hectic schedule. These were the unextraordinary things that made extraordinary differences in the lives of others. Just like Stuart himself. 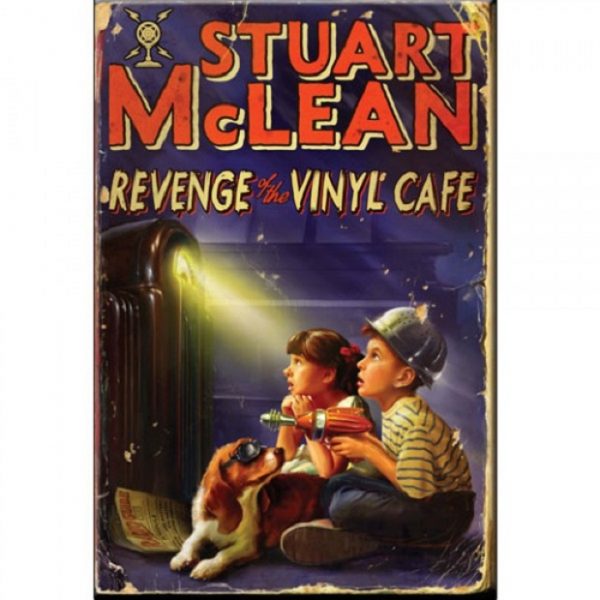 I’ve been lucky enough to see several live performances of the Vinyl Café, and let me tell you, each time was truly a joy. In an age where video games, Netflix, and cell phones, where many people would rather watch a screen than talk to someone face-to-face, it always surprised me just how many people attended these shows. In fact, they were usually sold out shortly after tickets went on sale. Stuart himself is quoted as saying “Isn’t it nice that in 1999 a show without any pyrotechnics is working so well? It’s such an elegant, extraordinary thing.” Really, when I think about how refreshing and exciting it was to watch and listen to Stuart read and perform his Dave and Morley stories, it’s no wonder that so many flocked to be a part of this.

His physical mannerisms during these shows were at the same time mesmerizing and adorable; he would sway back and forth from the ball of this feet to his heels, would wave his hands in various ways to emphasize certain words or ideas, and he would flail his arms occasionally. They would move as if a ripple were running through them, one fluid movement from shoulder to fingertips. Although I was never able to sit in the front row at these performances, I could clearly see his eyebrows moving, even from my far away seat. To say he was an active performer doesn’t quite capture his body movement. Instead, I would say that he was gracefully animated, and this made listening to his stories even more engaging. 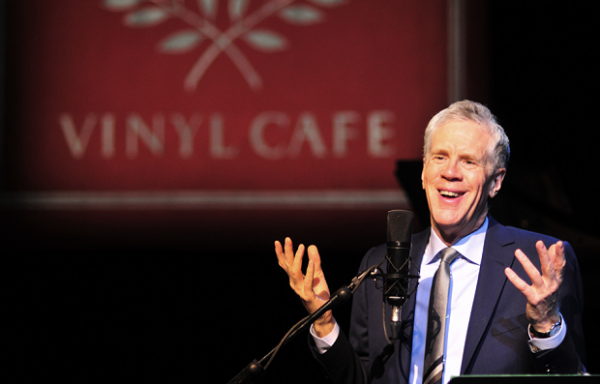 As part of his live show, Stuart would pause the performance for a few minutes in order to track down the oldest and youngest members of the audience and offer them a gift. At the last show I attended, the oldest person was 89 and the youngest only a few months old. These individuals were always awarded with either Stuart’s latest book (collections of Dave and Morley stories and others) or a CD of Vinyl Café recordings.

The live Vinyl Cafe shows also featured some incredible Canadian musicians. I hadn’t heard music from Matt Andersen and Meaghan Smith before I attended a particular Vinyl Café performance, and now they are two of my favorites. Over the past few days, I’ve noticed that many, many musicians have been posting on social media and speaking on radio and TV shows to express their sorrow. Everyone has memories of his jovial mannerisms and how much he loved being a part of the music in this special way. Juno nominated singer Donvan Woods posted this: “So sad to hear of Stuart McLean’s passing. Vinyl Cafe played one of my songs once & when I heard HIS voice say my name I nearly passed out.” I believe many of us can relate to this feeling of awe. I sure can! 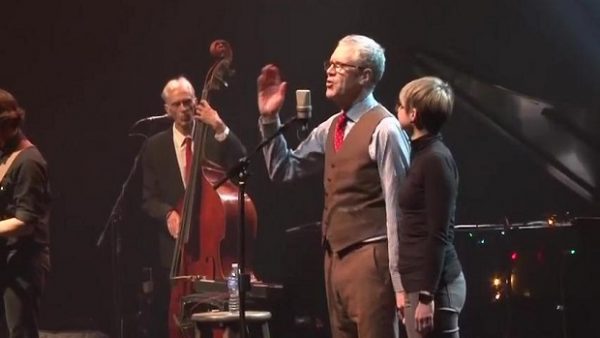 It only today occurred to me that I was in attendance at the last live Vinyl Café performance Stuart ever gave. It was November of 2015 and it was the very first show of his Christmas tour that year, and what turned out to be the only show of the tour. He announced later that very night that he had been diagnosed with melanoma and was taking time off to undergo treatment, meaning that the remainder of the Christmas tour would be cancelled. I feel so honored and grateful to have seen him perform that night. I’ll never forget it. 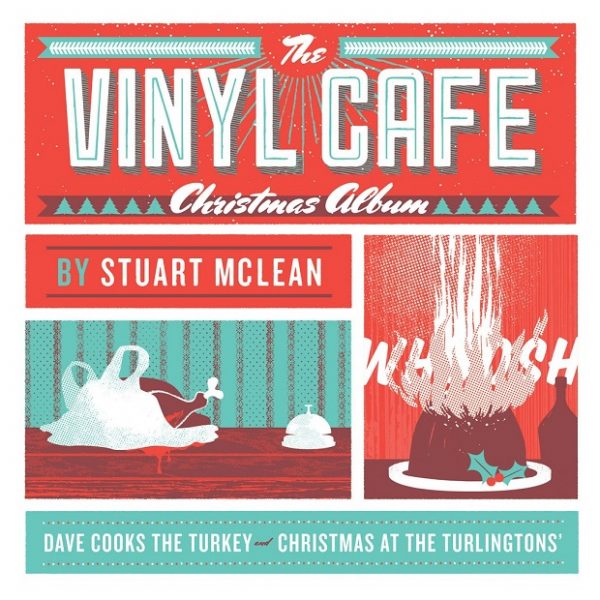