Amazon is one of the most valuable online retailers in the United States, functioning as an accessible, free-to-use online market that helps customers and sellers to exchange goods. Surpassing many other e-commerce sites in terms of total sales and market capitalization, Amazon is a haven full of reasonable deals for people everywhere.

Recently, Amazon has been facing a slew of negative feedback for allowing the sale of books that deny the Holocaust ever happened. Some say these books enforce Anti-Semitism and hate speech, which contributes to its notoriety on the website. Many of the books were self-published, but that hasn’t stopped them from developing a readership.

A number of books question the truthfulness of the history we are familiar with: The Myth of the Extermination of the Jews, Holocaust: The Greatest Lie Ever Told and Fail: Debunking Holocaust Denial Theories: How James and Lance Morcan Botched Their Attempt to Affirm the Historicity of the Nazi Genocide. 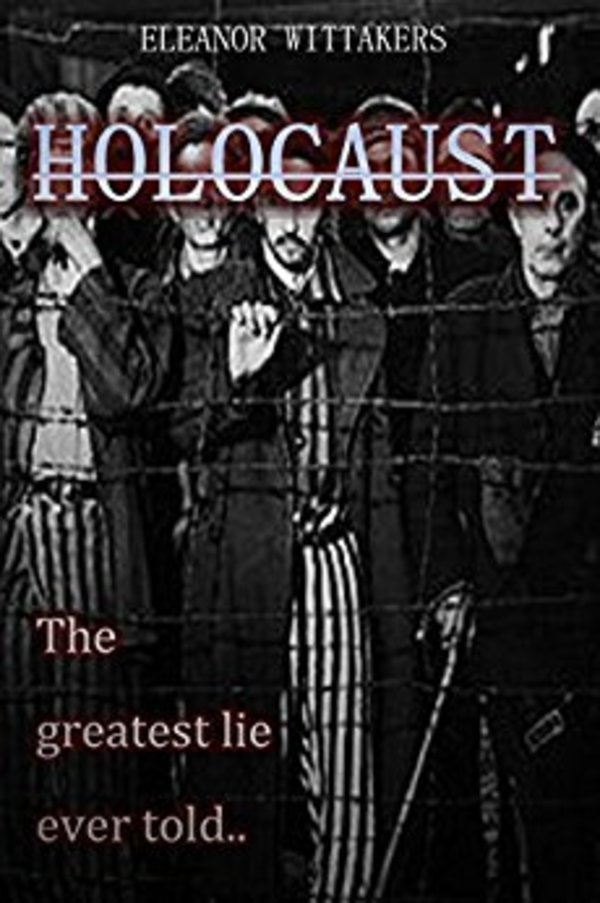 Holocaust denial is a crime in France, Italy and Germany with penalties which may include jail time. Because of that, several books concerning these subjects have been pulled off the market in those areas. However, in other areas, most noticeably the U.S. and U.K., the books remain active for sale. 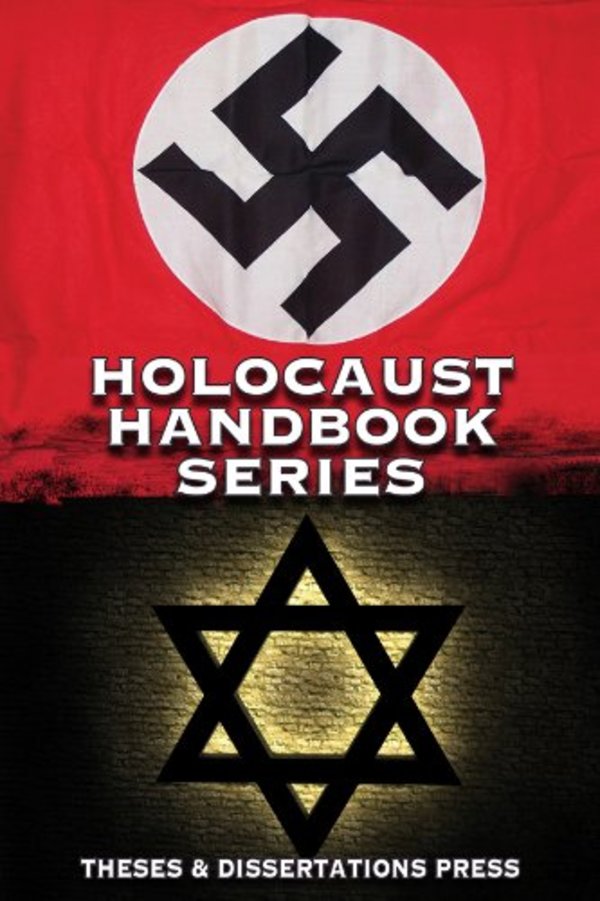 Of course, many people see these books as Anti-Semitic and as a form of hate speech. There is a general consensus from scholars that the Holocaust was a well-documented and well-researched event – to say otherwise would seem shocking to some, and at worst, very disrespectful. The negative reviews and ratings for the books are indicative of that. For example, here are the reviews for The Myth of the Extermination of the Jews: 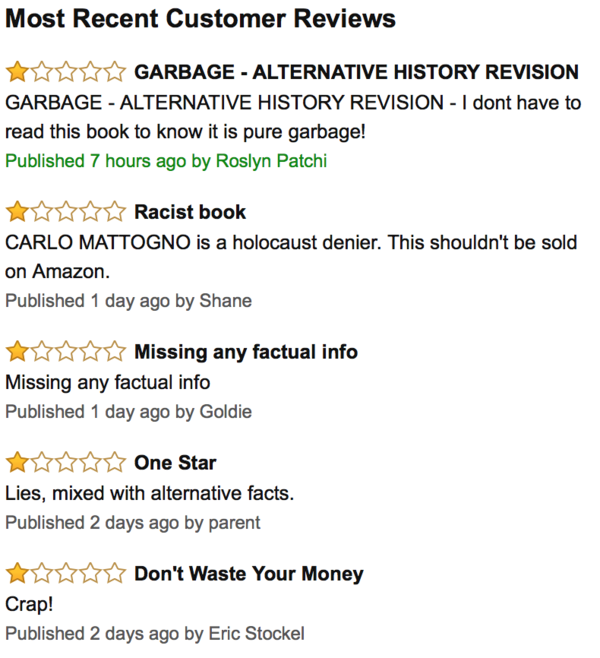 Yet, not everyone agrees with the general public. Although the books were usually met with negative reviews, a number of reviews praise the book for its ideas. A noticeable 23% of customers, as of now, have rated the book 5-stars. 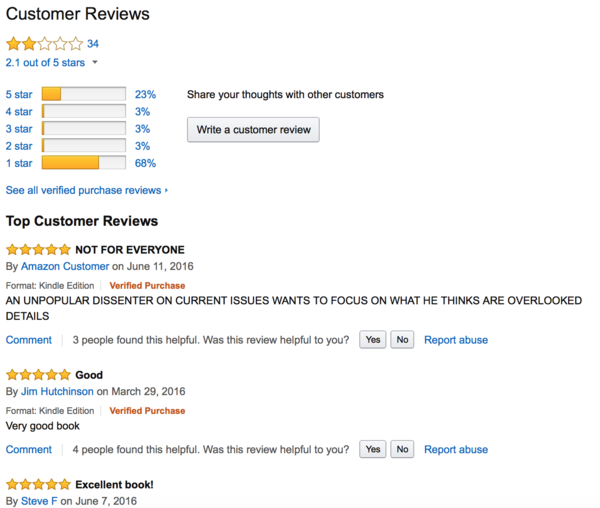 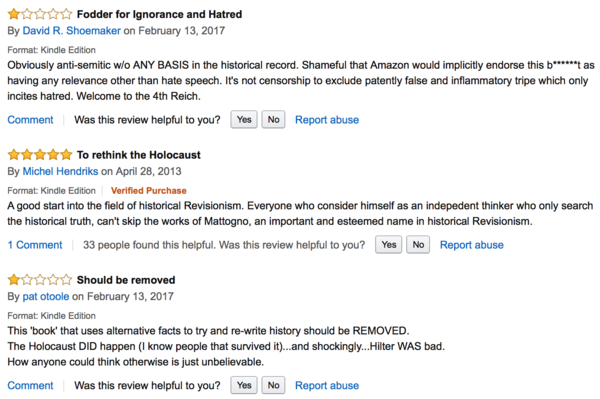 Let us also look at this through another perspective outside of our own intentions: What would it mean to children who see books like this out in the market? Are people trying to raise a society full of lies, or as others dub “alternative facts,” with books that seem too false to be true?

Amazon has not made any comments regarding this case.

Check out this video that perhaps will shed some light on why people are still challenging the existence of this historical event: