Women haven’t been very prominent over the years in the comic book field. For a long time, women worked behind the scenes with notable names such as illustrator Rose O’Neill, and editor Alice Marble, known for Wonder Woman. Fortunately, more women have been entering comic books as illustrators, editors, and writers. Marvel comic series in particular have long been dominated by male writers, from Jessica Jones to Spider-Gwen to The Unbeatable Squirrel Girl.

Not to say that the other Marvel series don’t contribute towards a greater good. The Unstoppable Wasp is written by Jeremy Whitley with the art by Elsa Charretier and colorist Megan Wilson, and contains a variety of diverse characters as well as compassionate storytelling. The protagonist, Nadia Pym, focuses on her creation, Genius In Action Research Labs (G.I.R.L) which seeks out brilliant young women to provide with educational resources that will help them pursue their talent, with a focus on getting more women into the STEM field. Issue 2 brings up the issue of super science in the Marvel World being 75 to 90% male, which draws attention to the male-dominated comic world.

The Punisher is one of the few that is written by a woman, Becky Cloonan, and follows a male protagonist as a routine drug bust threatens to surprise him. Cloonan also has a young adult comic series, written with Brenden Fletcher, called Gotham Academy. The story begins when Olive Silverlock returns to school with amnesia, a new attitude, and a fear of bats. She’s also tasked with showing around a new girl who happens to be her ex’s sister (a possible connection to the rich and charming Bruce Wayne), and a ghost that’s haunting the school. 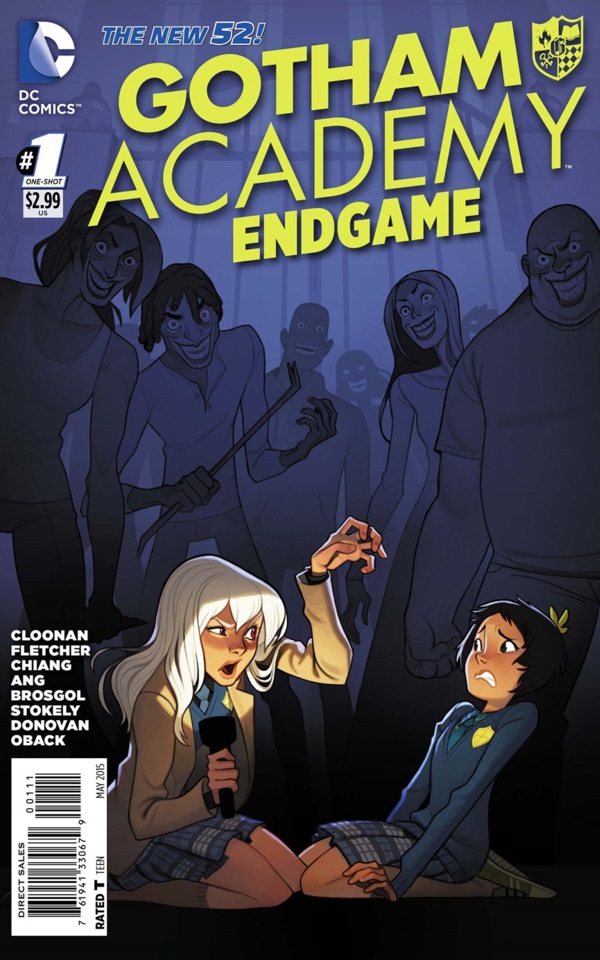 To go for something whimsical and different from typical superheroes, check out Ladycastle written by Delilah S. Dawson, with art by Ashley A. Woods. Ladycastle opens with a girl trapped in a tower as her father leaves in search for her a “suitable” husband, taking every man with him and leaving the women to take the places of barbers, blacksmiths, and bakers. The comics feature several references to pop culture from Beauty and the Beast to the legend of The Lady of the Lake, but these jokes serve as a way to show how hard the women are working to fix everything.

“Ladycastle is about ladies lifting ladies, about a castle where women of all ages, sizes, races, and abilities take control of a traditionally male-dominated world and kick butt in their own way,” says Dawson on her comic series.

Among the creative changes emerging in the world of comics, classics have also began to be revived. John Constantine: Hellblazer is one such comic being resurrected by Ming Doyle and James Tynion IV. The series is described by Amazon as a “wickedly funny and racy modern reintroduction of John Constantine.” The first of the new issues, Going Down, sees a change of rules as the ghosts that haunt Constantine are being murdered, and a change of location as he returns home to London. With an old rival, he works to discover the serial killer, but the cost could leave what remains of his soul broken. 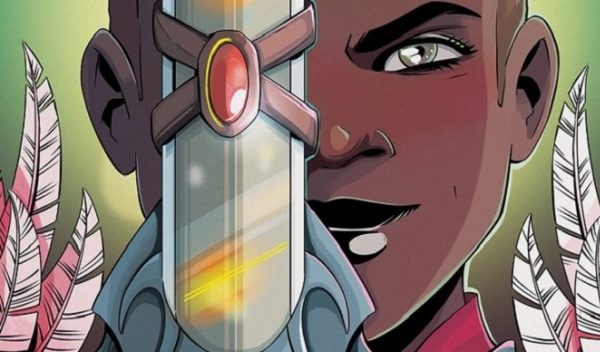 “Gender is an issue in every aspect of life. I certainly know that women creators can have a much different experience exhibiting at conventions than men. However, I wouldn’t say that these are issues in the industry specifically so much as problems that permeate our entire culture,” says Doyle on gender.

Author Holly Black is another to bring new life to old stories with Lucifer. The first volume takes place as Lucifer has given up his kingdom in Hell to pursue his Father, but in a unexpected twist, he’s blamed for his Father’s murder and must clear his name in order to reclaim his throne. Black is also known for The Good Neighbors, a graphic novel aimed at young adults, that follows the story of Rue Silver as her father is arrested for her mother’s disappearance.

“The discrimination I’ve seen manifests mostly in being overlooked. Whether that means getting fewer reviews, or having your work considered to be less universal or less serious, or not being asked to do panels that aren’t specifically about women – it’s largely subtle stuff like that, unfortunately, adds up,” shares Black.

From November 2016, women creators were at 19.4% at DC, Valiant went up to 10.1%, BOOM! had 40.9%, with Marvel slipping down to 15.9%, Titan down to 22.1%, and Dynamite dropping to a low of 9.1%. The ridiculously low numbers of women creators shows that comics are still vastly male-dominated. While some slipped, others have seen a rise in women creators. Let’s hope for much higher numbers in the near future!