The Harry Potter Studio Tour in Watford, England will be expanding this spring. In honor of the 5th anniversary since the opening of the tour, it will be expanded to include an exhibit on the Forbidden Forest.

Like the Great Hall and Diagon Alley exhibits, the Forbidden Forest will be built to be lifelike. It will be built by the same crew who worked on the Harry Potter set and will include 19 massive trees and a weather system that can be controlled by visitors. 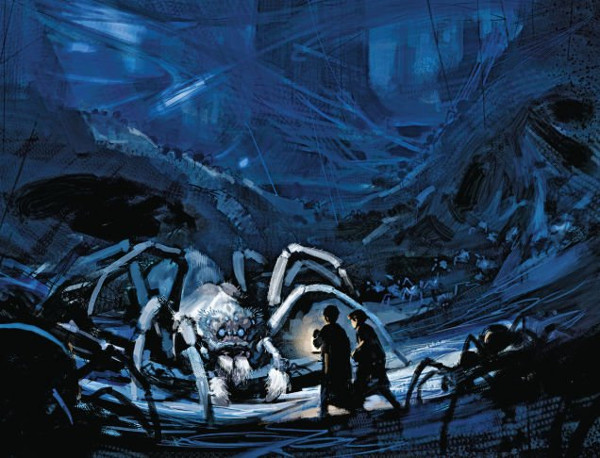 There will be familiar faces in the forest. One of Hagrid’s costumes will be on display at the entrance, holding up a lantern to light the way. Inside you will find a life-sized Buckbeak, the hippogriff for you to bow in front of. In the deepest, darkest parts of the forest, you will find Aragog’s cave. Aragog is an acromantula, a monster who resembles a giant spider. He is a friend of Hagrid’s but won’t keep his family from eating other unsuspecting visitors.

In the Harry Potter universe, the forbidden forest is one of the pivotal settings. It is located at the edge of the ground of Hogwarts, near Hagrid’s cabin. Many times Harry, Ron, and Hermoine have had to venture into the forest, and nearly every time they found something dark and terrible within. For this reason, the Forbidden Forest is out of bounds for all Hogwarts students. This doesn’t stop Fred and George of course and doesn’t count the odd detention.

Will you dare enter the Forbidden Forest?