“Give me your tired, your poor,
Your huddled masses yearning to breathe free,”

These famous lines from Emma Lazarus’s poem, “The New Colossus,” are engraved on the Statue of Liberty. The statue and those significant two lines of verse are what welcome immigrants into the United States of America, representing what our free country stands for. But now that is under attack from America’s own government, and the country finds itself in a state of crisis. The immigrant ban has torn families apart and denied refugees a safe space to escape from bad situations. What was once a beacon of hope for many across the globe is now another place where many will not be able to find solace. Refugees are not the enemy, they’re potential Americans. And in the literary realm, many refugees throughout the 20th Century, and into this current one, have contributed in major ways to many notable works that are often even taught in the American curriculum, from fiction about the experiences of war, exile and dislocation to political treatises by philosophical thinkers who are just trying to understand why their homelands fell apart. Here are just 15 of those many authors and works:

Hans Augusto Rey and his wife, Margret Rey, were German Jews who escaped from Hamburg, to Brazil, and then France, eventually settling in the United States in 1940 just as the Nazis invaded. While trying to outrun the Nazis, the couple came up with the idea of a mischievous monkey who always found ways of getting in and out of trouble. The couple escaped from France on homemade bicycles, carrying the manuscript with the first mention of George (originally called “Zozo”) along with them. 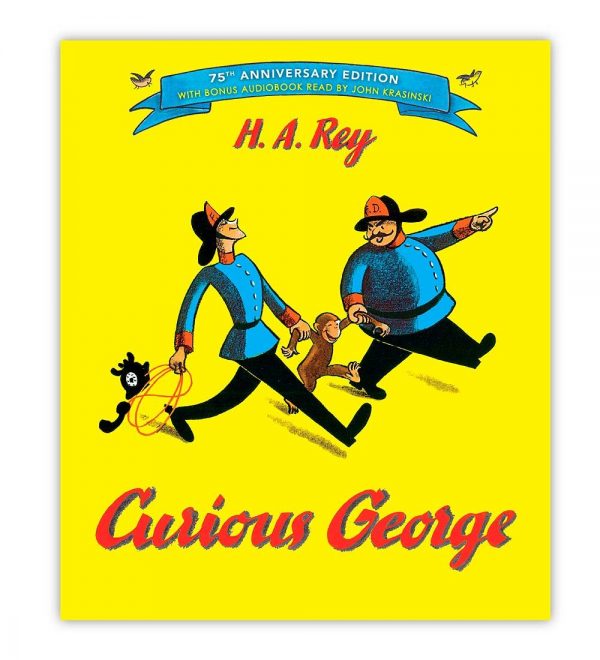 Thomas Mann was an opponent of Hitler’s rise, so he left Germany for Switzerland in 1933 and eventually emigrated to the United States in 1939. While in his California exile, Mann took the legend of Faust and placed it in the context of the rise and fall of Nazi Germany. The protagonist of Doctor Faustus, a composer, strikes a deal with a Mephistophelean figure to give him creative glory, but at what cost? The deal and its consequences were an allegory for where Germany was headed. 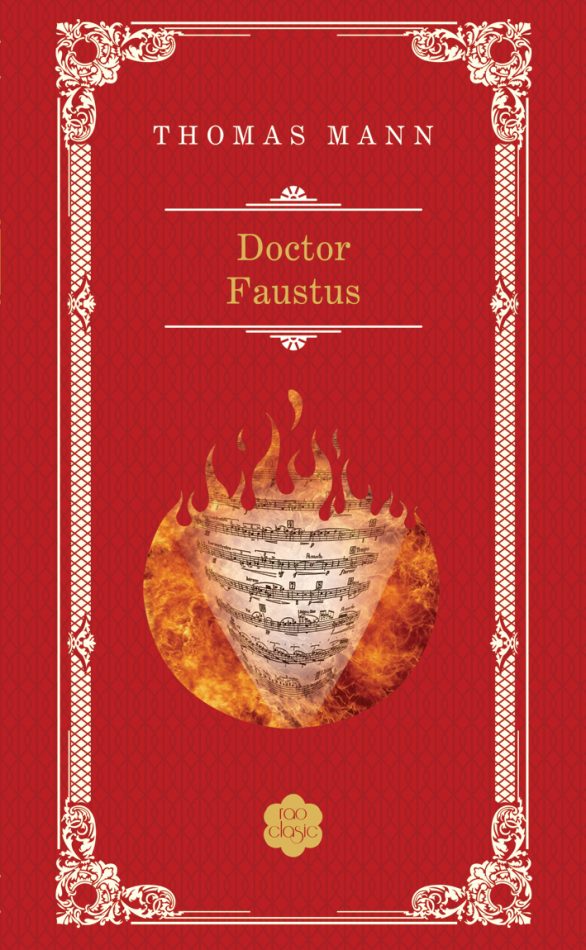 Leo Strauss was teaching in England when the Nazis rose to power in his home country of Germany, preventing him from returning. He moved to the United States in 1937 and became a college professor. In six lectures given at the University of Chicago, Strauss laid out his argument about modernity’s nihilistic rejection of classical philosophy, pushing for a resurgence in the appreciation of the immutable truths of Plato and Aristotle. 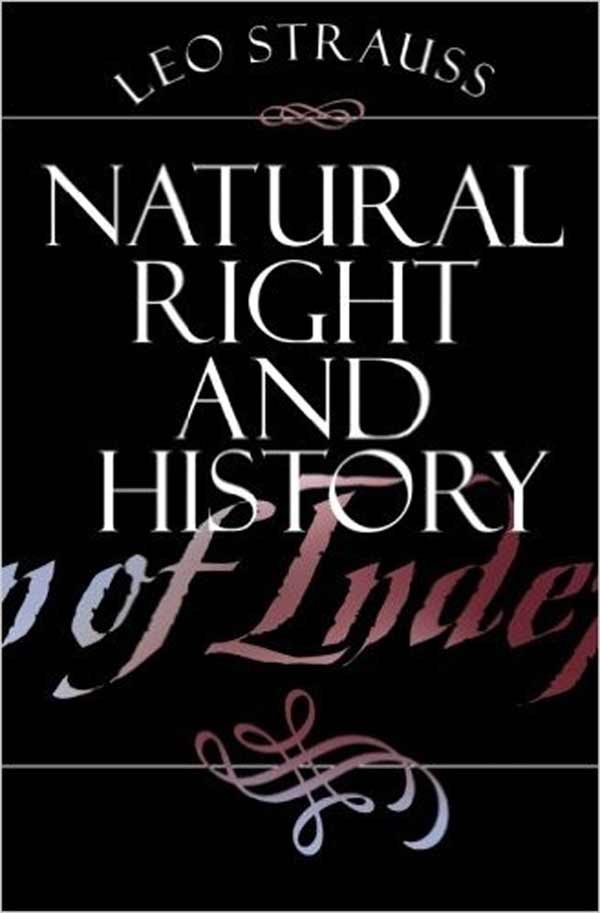 Born to Russian nobility, Nabokov and his family fled the Bolshevik Revolution, living in many different European countries before settling in America in 1940, where he worked as an entomologist at the Museum of Comparative Zoology at Harvard, among other jobs. Lolita is the story of Humbert Humbert, a man obsessed with a young girl named Lolita. Humbert travels the country in possession of his illicit love interest, providing many of Nabokov’s own observations about America. 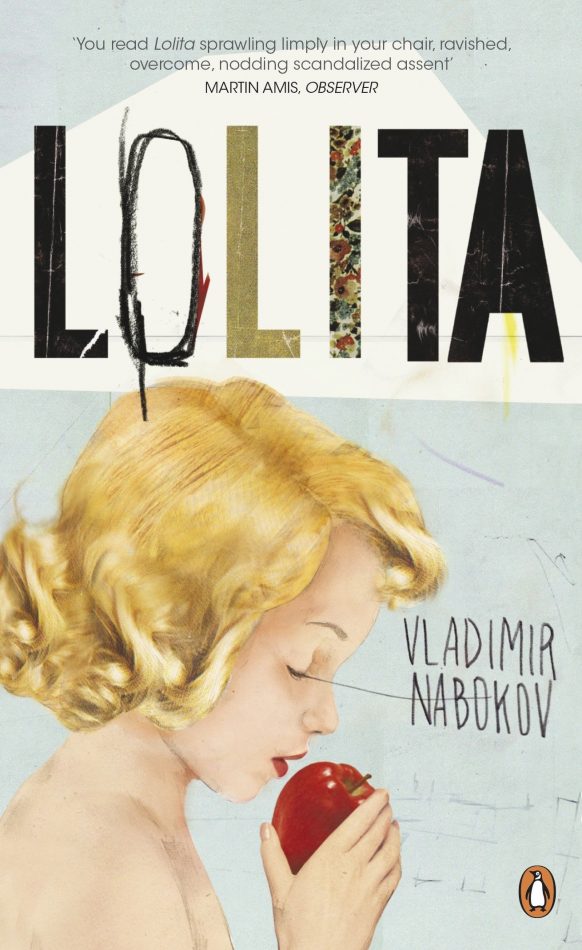 After being put on trial and into psychiatric institutions for his beliefs, Brodsky was eventually expelled from the Soviet Union in 1972. He eventually settled in Ann Arbor, MI, where he became a poet in residence at the University of Michigan, and later would become a visiting professor at a number of colleges throughout the country. The essays in Less Than One all deal with the role of the poet in politics, literature, and his own experience of exile. Brodsky believed that poetry was “the most democratic art,” and that it is the poet’s embrace of individuality that makes him a necessary counterpoint to the state. 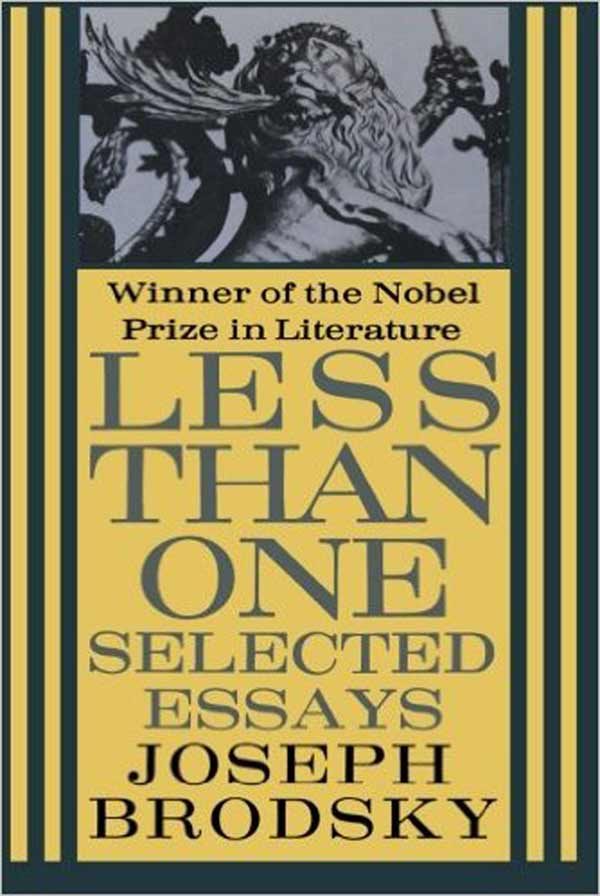 After his exile from Somalia in the mid-1970s for writing about life under the rule of dictator Mohammed Siad Barre, Nuruddin Farah has since lived and taught in numerous countries, including the United States, England, Germany, Sweden, and India, just to name a few. Maps is the first novel of his trilogy Blood in the Sun, which details the account of an orphan obsessed with his own origins. The protagonist reflects the struggles of national identity in a country torn from the past and thrust into a violent future. 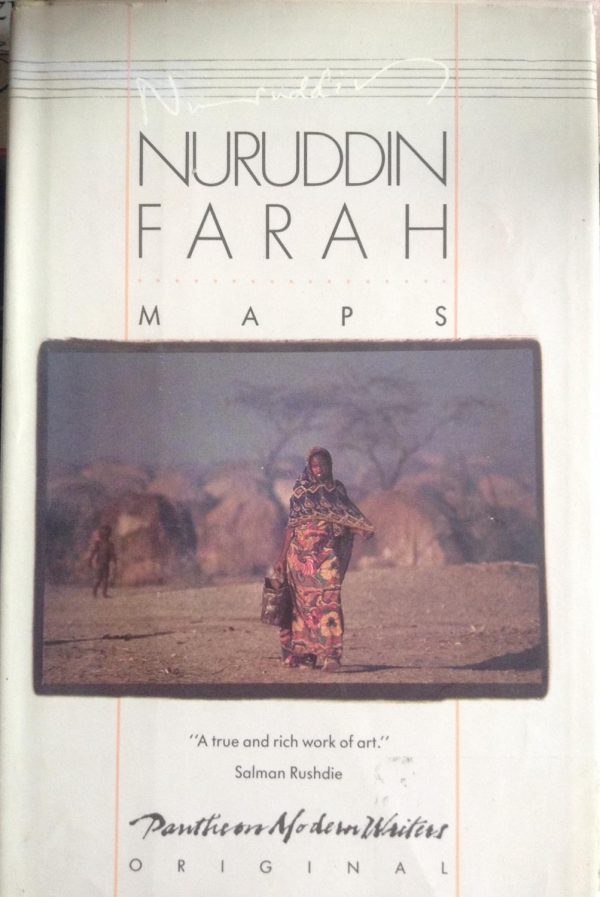 Ariel Dorfman was a cultural advisor to Chile’s socialist leader Salvador Allende, but was forced to flee the country in 1973 after a military coup led to the President’s assassination. Dorfman went on to live in Paris, Amsterdam, and Washington D.C., and has taught at Duke University since 1985. His work Death and the Maiden is a revenge-fantasy play, which dramatizes the confrontation between a woman tortured by a Latin American regime and the police-state thug who tortured her. She puts him on trial, but begins to question whether or not he tortured her or if she’s just making a paranoid mistake; her confusion represents Dorfman’s own feelings about redemption. 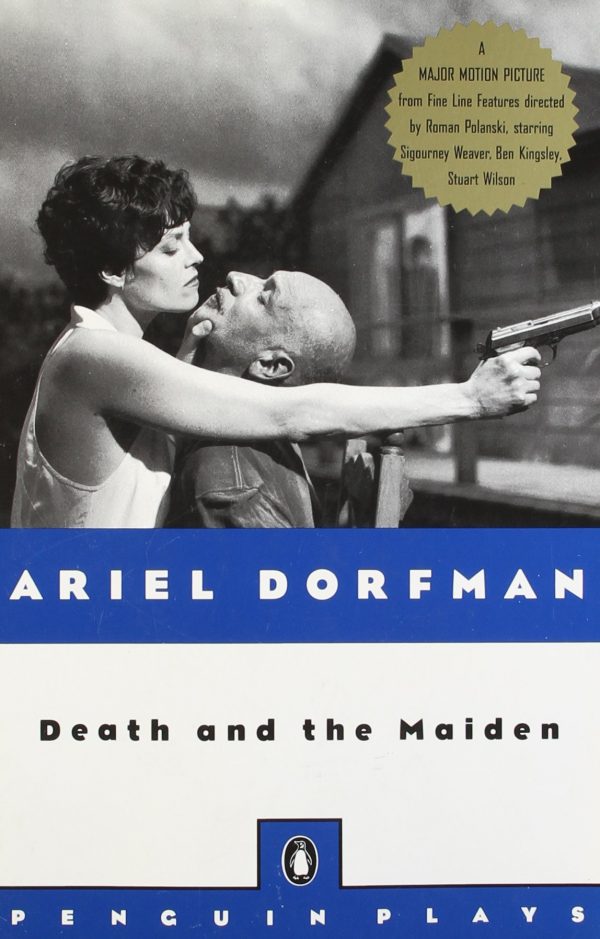 Originally from Cuba, Reinaldo Arenas was imprisoned for writing about his openly gay lifestyle, which brought him into conflict with the Communist government. He survived his harsh prison tenure by helping the inmates write letters to wives and lovers, which also allowed him to write stories of his own. However, his attempts to smuggle his work out of prison were discovered and he was threatened with death—unless he renounced his work. He was finally able to emigrate to America as part of the Mariel Boatlift in 1980. In 1987, Arenas was diagnosed with AIDS but continued to write until his death of an overdose in 1990. His posthumous memoir Before Night Falls tells his life story, from his impoverished youth all the way to his decision to kill himself. It’s also a tale of political disillusion and the pain of exile. 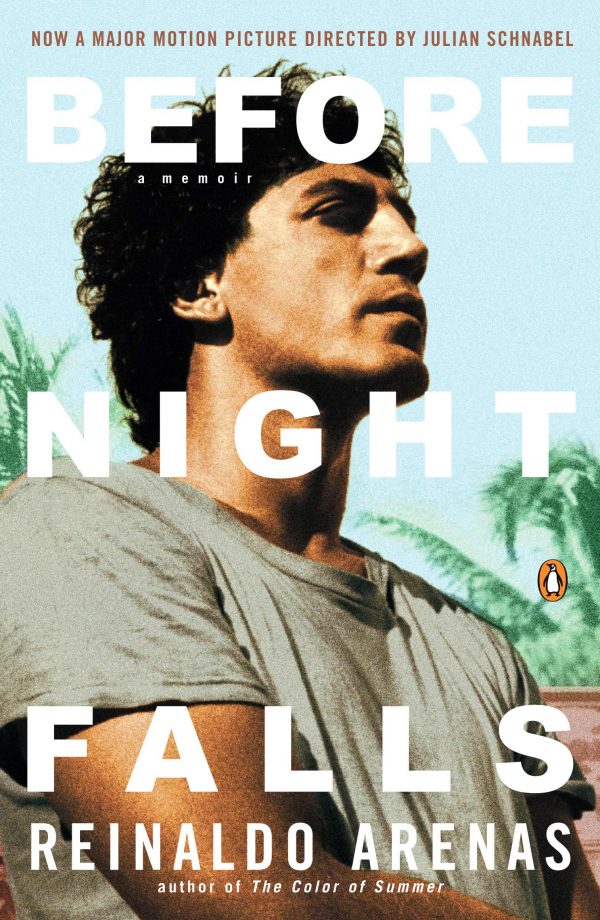 Former Secretary of State Henry Kissinger was born to a Jewish family from Germany, but fled when the Nazis invaded in 1938. Diplomacy sums up his realist foreign policy approach, taking a historical tour from Europe in the 17th century, to his tenure working for Presidents Nixon and Ford. Scarred by his own experience growing up in Nazi Germany, Kissinger discusses the fragility of democracy, and how that has guided his approach towards dealing with world powers—something doubly relevant today. 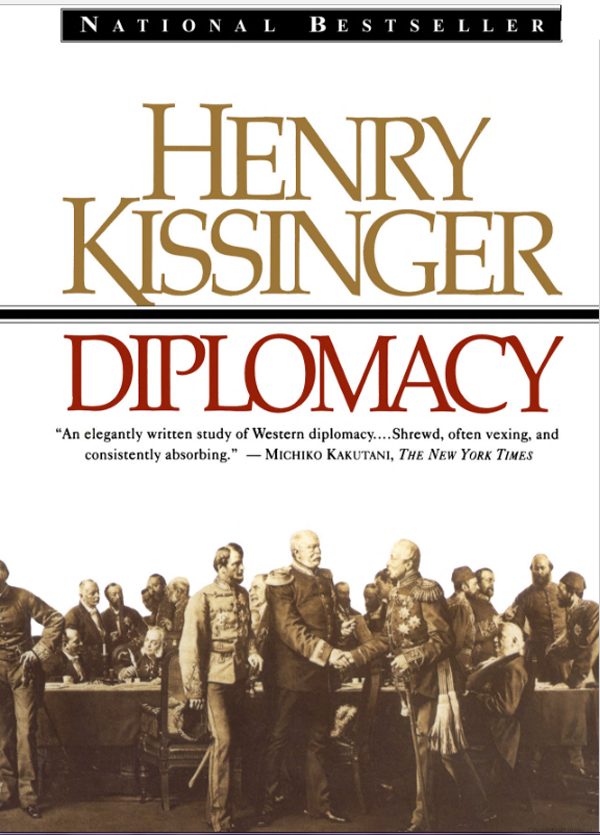 Before she became the first female Secretary of State in the U.S., Madeleine Albright was born in Czechoslovakia, where her family fled not long after her birth because of Hitler’s takeover and their ties to democrat Edvard Benes. They lived in the United Kingdom during the war and later returned to Czechoslovakia. However, the Communist party’s takeover forced her family to flee yet again in 1948, settling in the United States. In Madam Secretary, Albright recounts her years as secretary of state during the Clinton presidency and the unlikely path she took as a Czech refugee. 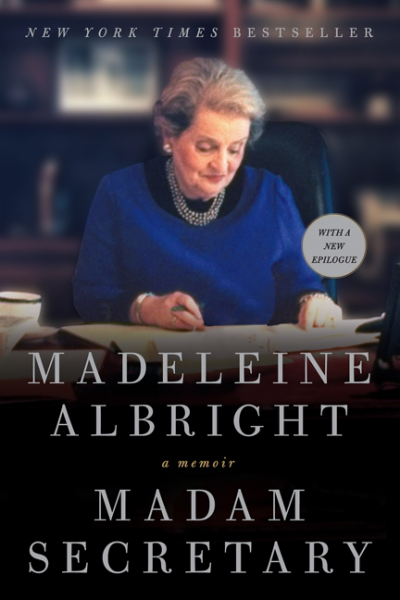 11. The Beautiful Things That Heaven Bears by Dinaw Mengestu (2007)

Dinaw Mengestu and his family fled Ethiopia’s Communist revolution in 1980, when he was just 2, and found their way to Peoria, Illinois. In Mengestu’s first novel, The Beautiful Things That Heaven Bears, he tells the story of immigrants and refugees in Washington, D.C., as they gather at a Logan Square grocery store and reminisce about homes they can’t go back to. 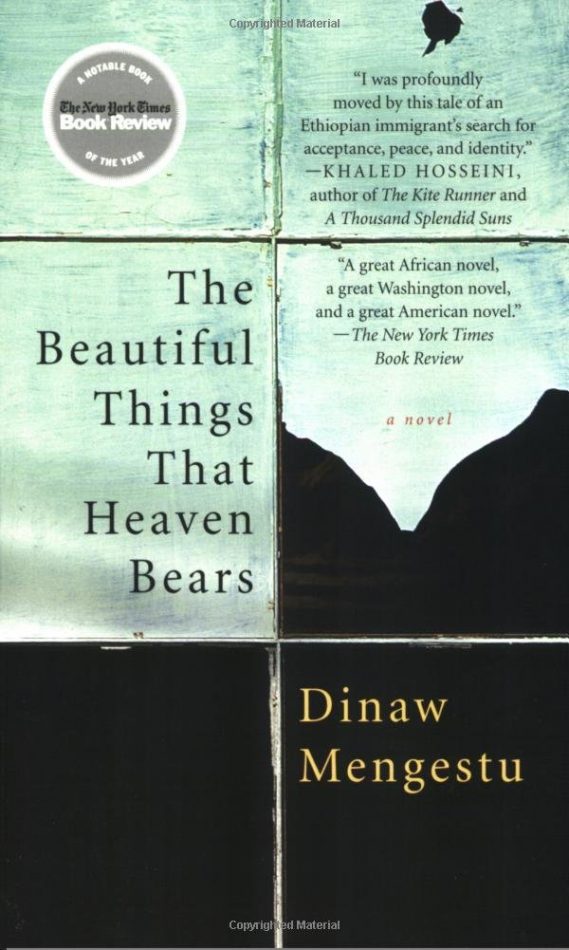 Forced to become a child soldier at the age of 12 in Sierra Leone, West Africa, Ishmael Beah eventually escaped Freetown in 1997 with the help of Unicef, finally settling in New York City. Beah’s memoir, A Long Way Gone, gives a view of war from the eyes of a child soldier, brainwashed with drugs and guns. Until this memoir was published, there had never been a first-person account from someone who came through the hell of being a child soldier and survived. 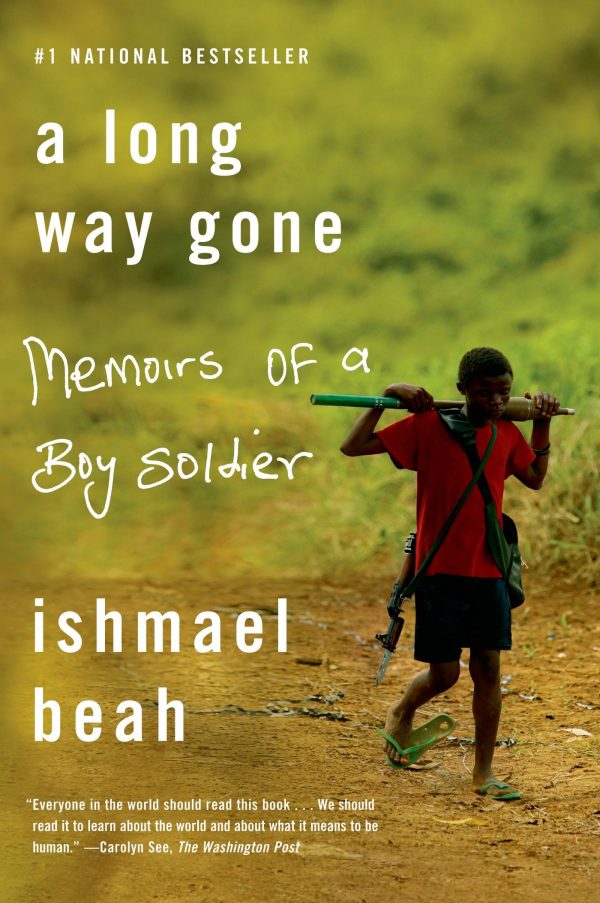 Masha Gessen came from a Jewish family that was denied religious freedom, as well as the right to freely emigrate, in the Soviet Union. But in 1981, her family was finally granted permission to leave. The Man Without A Face gives a chilling portrait of the rise and reign of Russia’s president Vladimir Putin. Gessen provides a first-hand account of Putin’s reign, as well as the roots of his illiberalism, secrecy, and disregard for democratic norms. An extraordinarily important account to read in the present day. 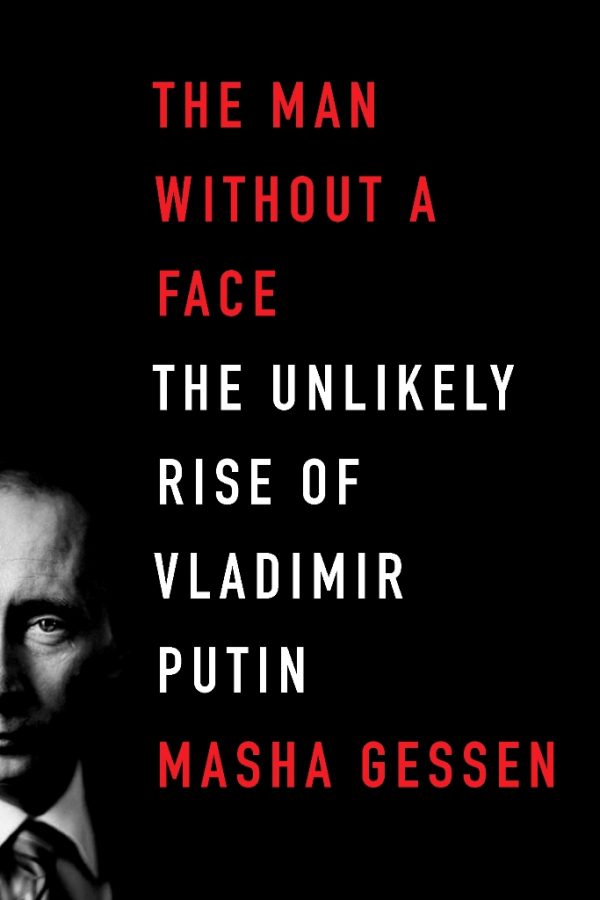 Like many other Soviet Jews, Gary Shteyngart and his family were discriminated against in the Soviet Union and were allowed to emigrate in 1979. Little Failure is not only the title of Shteyngart’s memoir, it was also a nickname given to him by his mother. One of the lighter books presented in this list, Shteyngart tells the story of being an awkward young boy arriving to America, becoming one of the greatest chroniclers of 21st-century absurdity. 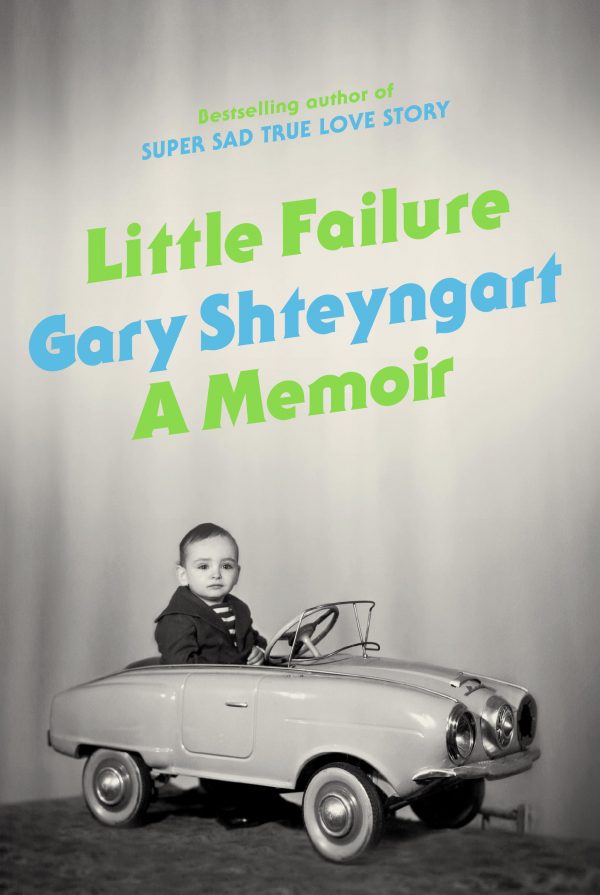 Born in Saigon, Vietnam in 1975 (just five months after the city fell to the North Vietnamese), Tran and his family left by boat in 1980, spending five days at sea before settling in Tulsa, Oklahoma. His first novel, Dragonfish, is a noir-style tale that forces his characters, including a Vietnamese woman in California who mysteriously disappears, to grapple with a past full of trauma and turmoil. 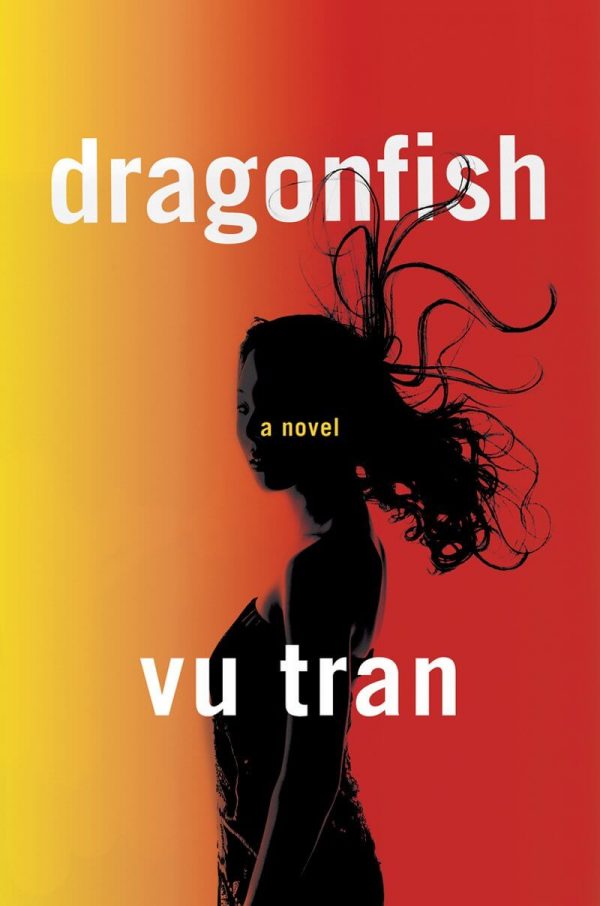 While all of the above-mentioned titles are famous pieces of literature, whose authors deserve respect and praise, it’s also important to remember that we shouldn’t look at refugees for what they can do for us, but instead how we can provide for them. We must stay informed and fight for the rights of all Americans (even potential ones).