In the ten days since the Trump administration officially took charge, there have already been numerous incidents eliciting strong backlash from Americans. On January 21st, the day after Trump’s inauguration, millions of women marched in protest against him in cities all over the United States, as well as on every continent. That same day, Trump’s press secretary Sean Spicer, lied during his very first press conference about the inauguration, claiming it was the biggest in the country’s history. Trump himself has continued to insist on this lie, and has also claimed repeatedly that millions of people voted illegally in the election despite a complete lack of evidence. 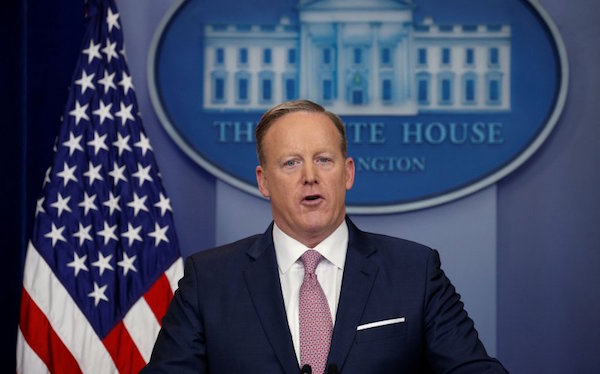 Trump has reached a majority disapproval rating faster than any president before him; he passed the 50% mark after a mere eight days in office, a feat that took George W. Bush three years to accomplish. Trump has signed a number of executive orders since being sworn in that are no doubt contributing to his diminishing popularity. Among them was an order to begin gutting the Affordable Care Act without a replacement healthcare system, an order to begin planning his promised border wall (which American taxpayers will foot the bill for before allegedly being reimbursed later), and an immigration ban specifically targeting seven Muslim countries. Of the seven countries affected, foreign terrorists who have attacked America since September 11, 2001 hail from zero of them. The Muslim-majority countries where Trump has business ties are not affected by the ban. 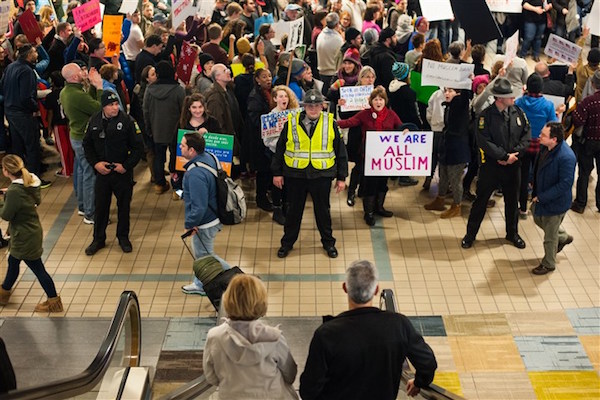 As Americans protest and organize against these new developments, authors are using their platforms to voice their opposition to Trump as well. Stephen King, Margaret Atwood, Rainbow Rowell, John Green, and many more have taken to Twitter to speak out. Here are some of their messages:

5-year-old kid kept from his mother for several hours before finally being reunited. If you have a child, you know: This. Is. Despicable. https://t.co/LZqW8UthP6

A religious test for refugees isn't only unamerican. It's also unchristian. Jesus offered healing and help to all–not just believers.

The ugliest first week of a presidency in the history of the American republic.

When I worked for Amnesty International in the 80s, these were the kind of stories told by political prisoners in dictatorships. https://t.co/y7CXLQK1n0

I WANT MY DEMOCRACY BACK.

Every time I hear another story about Trump's executive orders it makes me remember this scene in HP5. Umbridge but so much worse. pic.twitter.com/Bxjnki7twa

It’s comforting to know that so many influential figures, authors included, are committed to using their voices to fight back.