The thing about starting a series on the first book’s release is that you have to wait forever for the rest of the books to come out. You want to know what is going to happen, but you also know that it will be years until everything is sorted. It’s unfortunate when you want all the information about your new favorite characters at your fingertips, but still we do it to ourselves again and again. Though what about binge-reading a series once it’s reached completion? There’s nothing more satisfactory than being able to blitz through a whole story from beginning to end in one fell swoop. If you’re looking for your next binge-read, I’ve got 9 YA series that ended last year, meaning you won’t have to wait to find out how it all ends!

1. Six of Crows by Leigh Bardugo

This duology is stunning. Starting with Six of Crows and ending with Crooked Kingdom, the books are set in the same beautiful, gritty world as Bardugo’s Grisha Trilogy. Thing is, you don’t have to have read the Grisha Trilogy to read the Six of Crows novels, but if you want to, that’s two series by Bardugo all finished and ready for your reading pleasure. 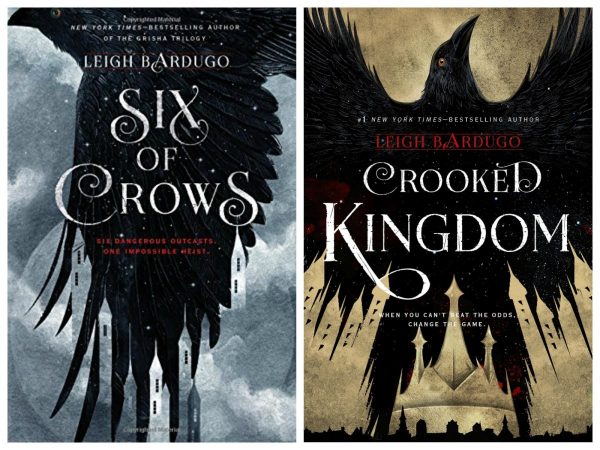 The two novels in Poston’s duology are companion novels set in the same world. Which means that you might see a few cross-over characters or two. Both books center around music, swoony relationships, and finding yourself. The Sound of Us focuses on a teen running a music bar, and what happens when she bumps into a pop star. We Own the Night tells the story of a shy girl who just so happens to be everyone’s favorite radio DJ. If you dig music and interesting characters, check these out. 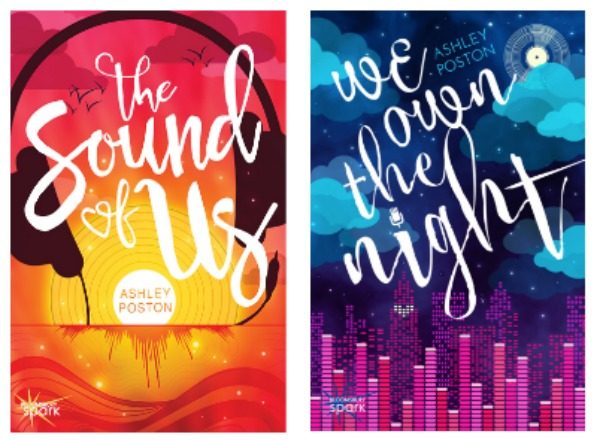 3. Dorothy Must Die by Danielle Paige

If you enjoy a good retelling, you need to check out Paige’s novels, novellas, and short stories, all set in her twisted version of Oz. And this time, the story is told from the point of view of Amy Gumm and what she finds when she lands in the middle of such a well known land. Only the characters that we’ve all come to know and love are evil, and it’s Amy’s job to win Oz back for its people. You’ve never seen Dorothy and her crew like this. *Good news: Paige announced that there is in fact one more Dorothy book due out on March 17th! The final book is titled End Of Oz.* 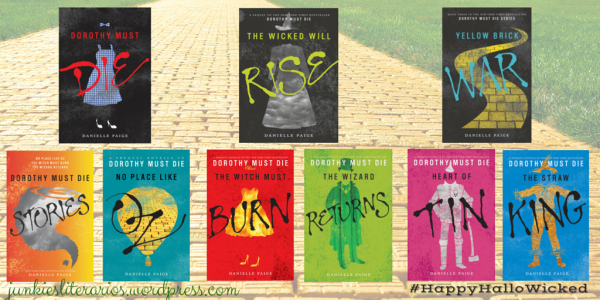 4. The Winner’s Trilogy by Marie Rutkoski

If you love a good fantasy trilogy, this is one of the best. Rutkoski builds a world full of moral questions, political intrigue, war, and slavery. Add in the fact that she also creates a forbidden romance, and this trilogy has a lot going for it. In the end, what will Kestrel (our leading lady) choose? Her love, her family, her kingdom, or rebellion? 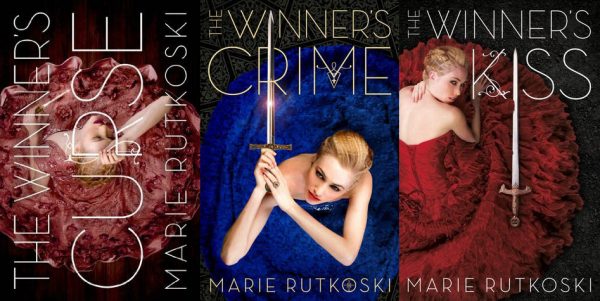 If you’re into dance, especially ballet, this duology is for you. It’s set in a high-pressure ballet school and is full of all the drama you’d expect to find there. It’s got dance moms, tense relationships, and endless dancing. Besides, these books also have Mean Girls vibes, so even though there is drama, there are also laughs. While Tiny Pretty Things is about meeting the characters, the sequel, Shiny Broken Pieces, is all about getting a spot in the American Ballet Company. These dancers don’t mess around. 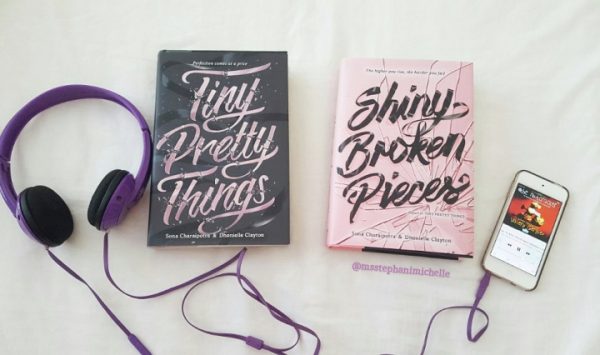 6. The Wrath and the Dawn by Renee Ahdieh

Another duology, Ahdieh’s books are inspired by the classic tale of One Thousand and One Nights. Her storytelling is wonderful, and full of magic. Her books tell the story of a king who marries a new woman every day, which means that the wife from the night before dies. Shahrzad, a local girl, becomes his next wife just to get revenge for her friend who was killed by the ruthless king. But, of course, feels happen, and Shahrzad isn’t sure if she wants to go through with her vengeful plan anymore. 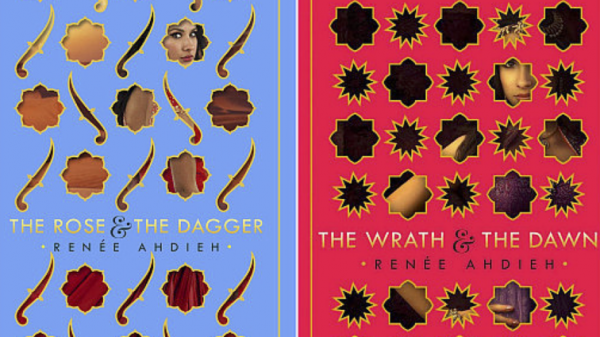 7. The Young Elites by Marie Lu

Fans of antiheroes, this trilogy was made for you. It’s about people who are gifted and the people who want to hunt them down out of fear. Adelina is our hero, or antihero in this case, and she’s tough as nails. The novels: The Young Elites, The Rose Society, and The Midnight Star are filled with all the good stuff. Magic, twists, turns, and betrayal. Plus, if you love Lu’s writing, you can also read her Legend trilogy when you’re done. 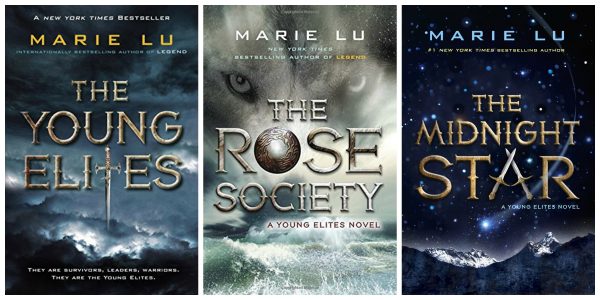 8. The Selection by Kiera Cass

If you like a good, soapy, reality TV show like The Bachelor, you need to check out this series. It’s a fantasy series, so you get castles, pretty dresses, dashing princes, and princess drama. It’s a series that is competition based, as a bunch of princesses try to win the hand of the prince. Then again, as the series goes on and the kingdom goes to war, it becomes less about winning a prince, and more about making sure you don’t die. Cass’s original books were The Selection, The Elite, and The One. But then she added to her story, and brought us The Heir, and The Crown. Which are about a different generation of characters. 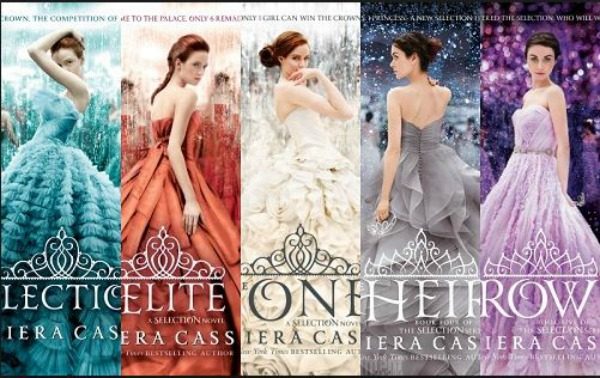 9. The Raven Cycle by Maggie Stiefvater

This urban fantasy quartet is a bestseller for a reason. Stiefvater’s world building is masterful, and The Raven Cycle tells the tale of the daughter of a psychic and the group of boys that she meets. They work together to unfold the magical mysteries of their lives in the mountains of Virginia. If you like books that seem like your own world, but are different, be sure to check out The Raven Boys, The Dream Thieves, Blue Lily, Lily Blue, and The Raven King. You won’t be sorry.

What series would you suggest YA lovers binge-read? 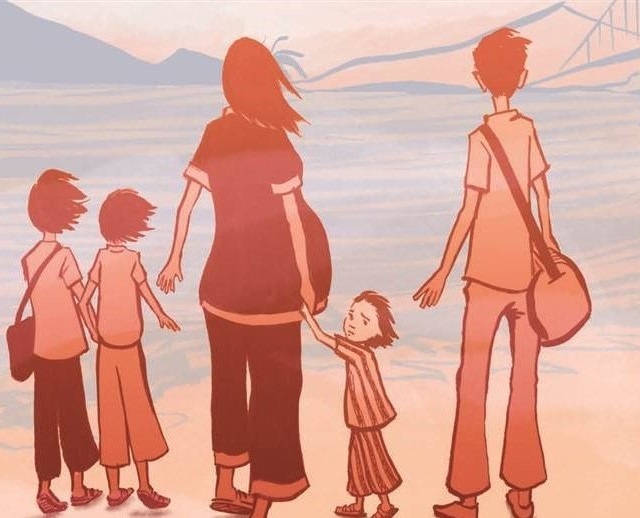