Not to be outdone by larger libraries like the Library of Congress, the Harvard Library, or the Bodleian, Toledo-Lucas County Public Library stands tall with a special collections book room that gives the library giants a run for their money. While many libraries in large cities house special and rare book collections, scholars from all over the country visit the rare book collection at the Toledo-Lucas library. 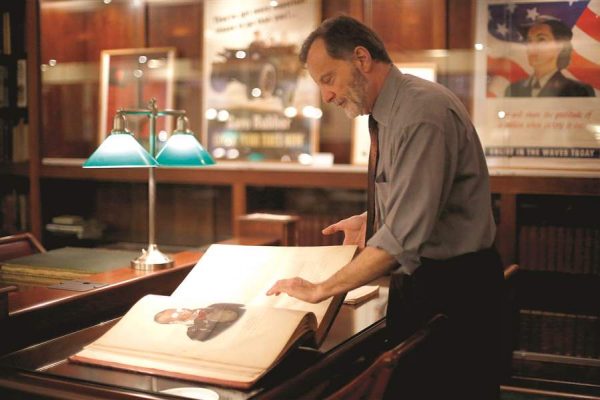 The Toledo-Lucas Public Library was officially opened to the public in September of 1940, but its history dates back to 1838 and was the first public library founded using tax money. It houses over 1.2 million reference items, making it the fifth largest library in Ohio. The Hennen’s American Public Library Rating has ranked the Toledo library as one of the top 10 public libraries in the nation four times over the span of 10 years. With over 750,000 books housed here, as well as genealogy resources, family records, obituaries, periodicals, court records, and of course, the rare book room, it’s no surprise. 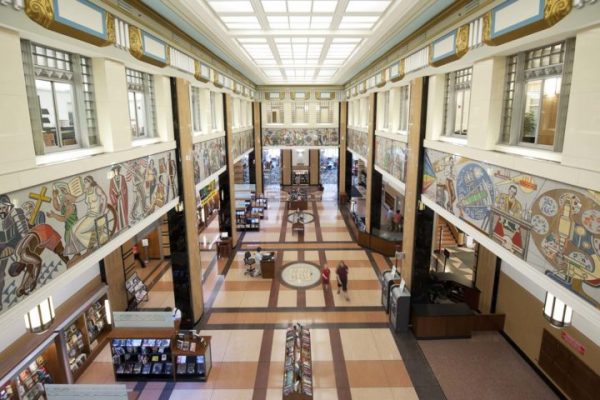 The special collection room, called the Blade Rare Book Room, was completed in 2001, thanks to a $100,000 donation by the Blade Foundation as part of a $45 million dollar project to expand and improve the library. However, the rare book collection started with Mr. Edward Drummond Libbey, who died in 1925, leaving a set of reference books and his personal book collection to the institution.

The rare book room has a surprisingly unique and valuable array books, given its size. In it, one can find treasures that date back to 4,000 years ago. In fact, the oldest artifact in its collection is not actually a book, but a Babylonian clay tablet with cuneiform inscriptions and wedge-shaped etchings typical in ancient writing systems. The oldest book in the reserve is the Gospel of Luke and John that was hand-written by Armenian monks in 1351. 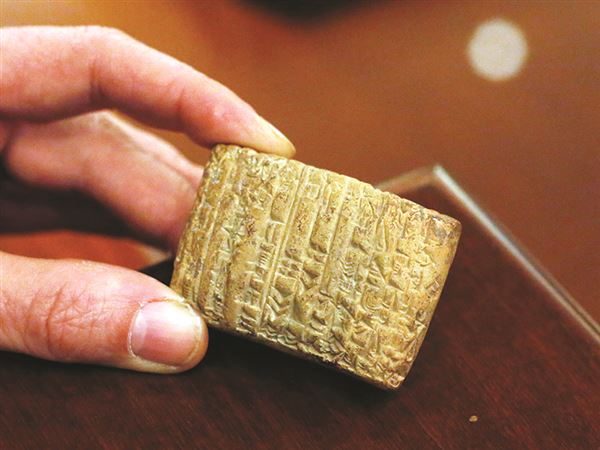 That’s just the tip of the iceberg. Also locked away in the Blade Rare Book Room is The History of the Indian Tribes of North America, a first edition, three-volume set written sometime between 1836 and 1844 by Thomas McKenney and James Hall, who wrote the book believing that the Native Americans were a dying race. It features oil portraits of prominent Native Americans painted by artist Charles Bird King. The portraits were originally housed in the Smithsonian Castle, and only five of the originals remained after a fire in 1865 destroyed many of them. Thankfully, McKenney and Hall had made lithograph print copies for their books. 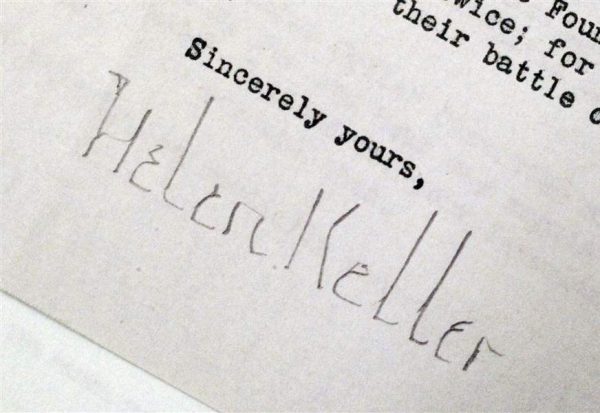 These rare wonders are kept in climate controlled rooms that are secured, but not totally inaccessible. The public can view them, if desired, by making an appointment. If you want to look at a book from the vault, the librarian must be present. However, books taken from the locked shelves of the Rare Books reading room do not require the librarian’s presence. Even so, those wanting to view the items have explicit instructions in regards to their handling and must turn pages with a paper knife. Even cotton gloves are harsh on the delicate pages and bindings.

So, next time you’re in Toledo, make sure to stop by their illustrious rare book room and stand amongst the treasure trove of history and beauty.