Let me let you in on a little secret, I love books that are written by English authors. So when I got the chance to get my hands on an early copy of Lydia Syson’s That Burning Summer, I took it. And boy, am I glad that I did. Even though this historical YA novel doesn’t come out in the US until Tuesday, January 24th, the novel has been out in the UK since August of 2013. The story tells the tale of three teens in a war torn England during the year 1940. France has just fallen to the Germans, and the fight is getting closer to the shores of Romney Marsh. 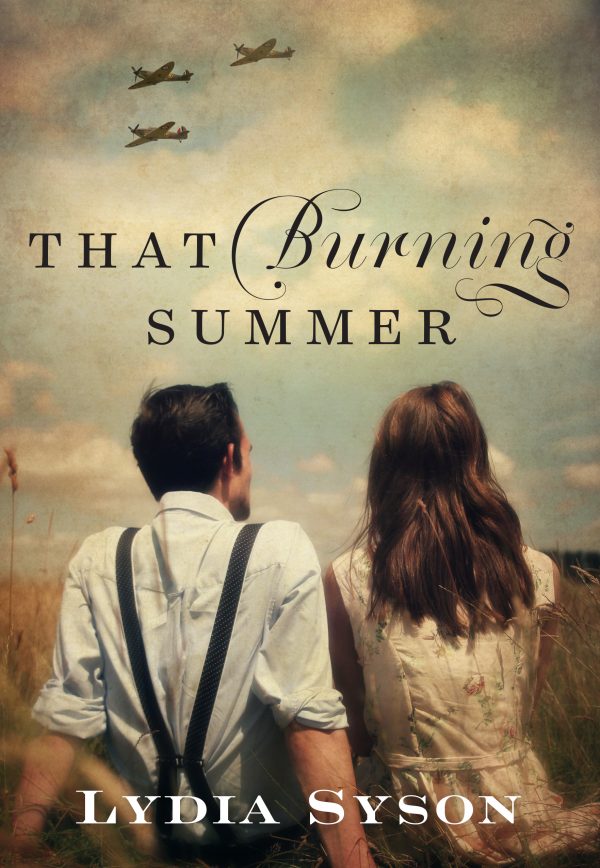 Though the book isn’t perfect, I’m glad that US audiences will be able to read Syson’s story in a few days, because I fell in love with the story. Honestly, the only complaint I have with the novel is that the conclusion seems a bit rushed as the slight mystery Syson weaves into the narrative comes to a head. And even though it may be the weakest part of the novel, it isn’t all that bad. The details leading up to it just could have been a bit stronger, that’s all.

The strength of this novel comes in the way that Syson writes her characters. That Burning Summer is told in three points of view: Peggy is a 16-year-old English girl who lives on a farm out in the Romney Marsh with what is left of her family; Ernest is her younger brother, who deals with anxiety; and Henryk is a Polish pilot who crash lands in the marsh. Syson makes sure that each of their voices is clear, and she equally uses all three points of view to tell a captivating story. Peggy and Ernest’s stories are about growing up during the war, while Henryk brings the horrible realities of what happened in his country to light.

This book is about three teens dealing with adult issues in the best ways they can, and also finding truths in each other. I also enjoyed the fact that though there is a romantic element to the story, there’s also a big emphasis on family.

That Burning Summer is a standout WWII YA novel due to the fact that Syson writes about the psychological affects on teens during the war. Not many novels about this period focus on that as a main plot point, even if most end up dealing with it, but Syson pushes it to the forefront of her novel, and it’s important.

Add in the vivid setting, and the string writing, and I’d say that anyone who loves a good historical fiction novel should give this one a go! That Burning Summer is available now!

Other YA novels set during WWII: