What’s not to love about Meryl Streep? She’s beautiful, she’s elegant, she’s talented, she makes great movies, and to top it all off, many of her signature roles (including two of her three Oscar wins) are drawn from the pages of books. Without further ado, here are seven times the incomparable Meryl perfectly captured the essence of a literary character.

Based on Avery Corman’s novel of the same name, Kramer vs. Kramer earned Streep her first Oscar win and it’s easy to see why. Streep takes a potentially unsympathetic, unlikeable character— a woman who walks out on her son— and delivers an emotional, nuanced performance. After reading Corman’s novel, Streep found Joanna too flat and one-dimensional. She insisted on a more complex, well-rounded portrayal of the character and even wrote Joanna’s climactic courtroom speech herself. She manages to elicit sympathy and raise questions about the role of women in society, while still never justifying Joanna’s actions. It’s a heartbreaking role that remains one of Streep’s best performances to date. 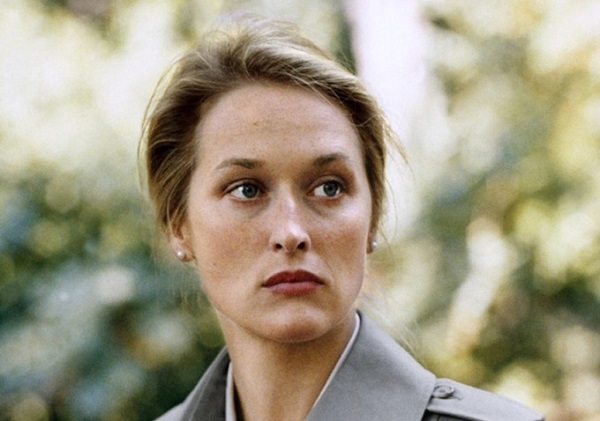 John Fowles’ 1969 novel about two illicit love affairs— one in the past and one in the present— was thought for some time to be unfilmable. However, with Harold Pinter writing the script and Meryl Streep and Jeremy Irons starring, The French Lieutenant’s Woman didn’t just become a movie, it became a good one. A large part of that is due to Streep’s Oscar-nominated performance. Streep has a unique dual role in the film, playing the Victorian beauty Sarah Woodruff and the modern actress Anna, both of whom are trapped in unhappy love affairs. Although Streep herself doesn’t feel that this was her best performance, she still does an amazing job of bringing both women to life. Watching her switch back and forth between the two is mesmerizing and a fantastic showcase for her versatility. 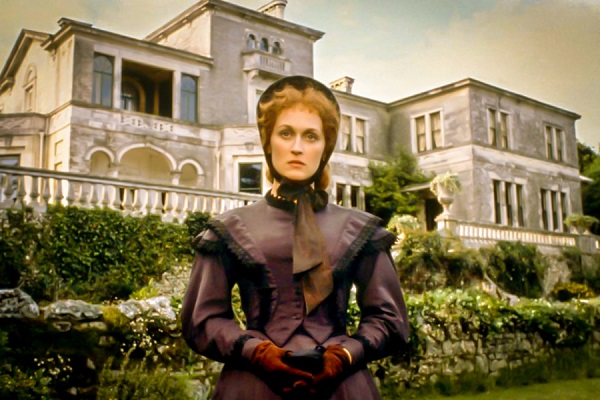 Meryl Streep was not originally the top pick for the role of Holocaust survivor Sophie Zawistowski. Novelist William Styron wrote the character with actress Ursula Andress in mind, while director Alan Pakula’s first choice for the role was Liv Ullmann. Streep was determined to get the part, though, going so far as to literally throw herself on the ground in front of Pakula and beg. She landed the part and won both an Oscar and a Golden Globe for what is arguably the greatest performance of her career. From the subtle, touching vulnerability to the flawless accent, Streep nails everything about this character. The defining scene— where she makes her devastating choice— is absolutely heart-shattering, and a testament to Streep’s amazing talent. 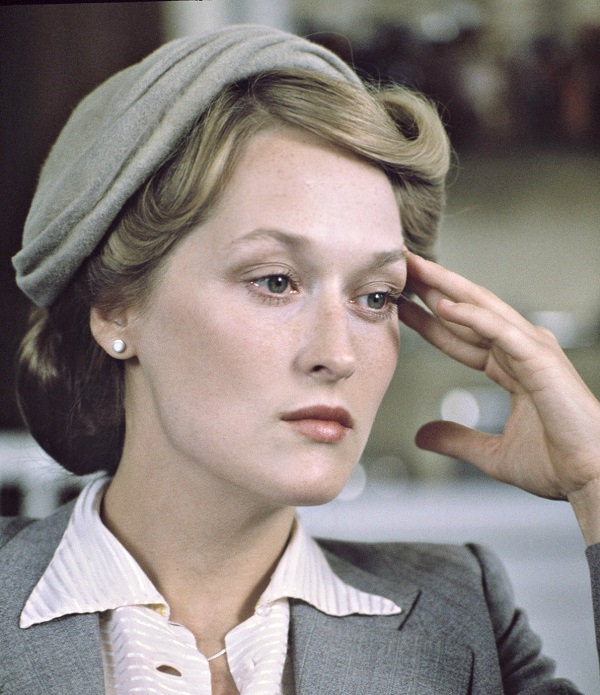 Based on William Kennedy’s Pulitzer Prize-winning novel, Ironweed is the story of a homeless, alcoholic couple during the Great Depression. Streep turns in another Oscar-nominated performance as Helen, a woman who, in the words of one critic, has “great memories and no future.” With red-rimmed eyes and a haunted expression, Streep isn’t afraid to lose the Hollywood glamour and let herself look haggard and disheveled. With her usual deft touch, she brilliantly captures Helen’s loneliness, boredom, and bone-deep weariness. Though she doesn’t have the most screen time in this movie, Streep still makes Helen a captivating and memorable character. 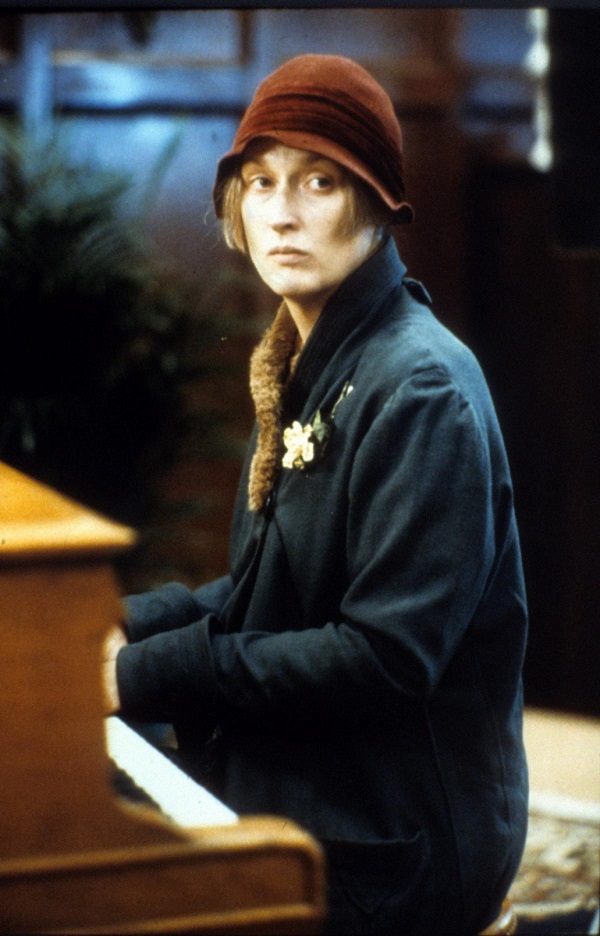 Based on the late Carrie Fisher’s semi-autobiographical novel, Postcards From The Edge gave Streep a chance to show off her comedic chops. She plays Suzanne Vale, a recovering drug addict trying to pick up the pieces of her acting career and— naturally— she does it brilliantly. By turns raucous, paranoid, confident, and vulnerable, Streep nails the insecurities and tensions of her character and manages to be utterly hilarious into the bargain. She laughs, cries, cracks jokes, squares off with Shirley MacLaine, and even sings. Yes, that’s Meryl herself performing the country music number over the end credits, proving again that there’s apparently nothing this woman can’t do. 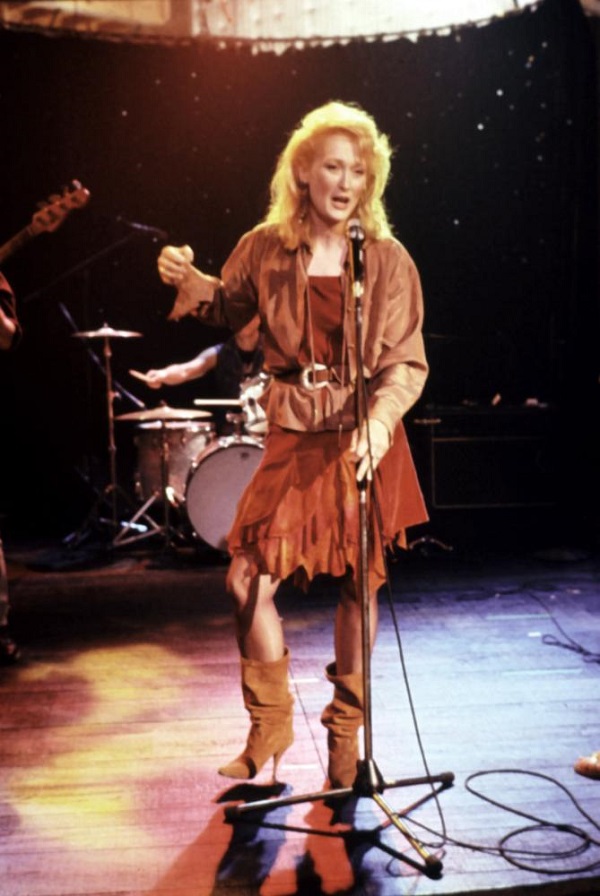 Precise, calculating, carefully controlled, with never a single gray hair out of place, Meryl Streep completely stole the show with her portrayal of demanding fashion editor Miranda Priestly. With her commanding presence and quietly intimidating voice, Streep proves that you don’t have to be loud to dominate. But much like she did with Joanna Kramer, Streep also humanized the role. In Lauren Weisberger’s novel, Miranda is an out-and-out villain, with no redeeming features. Rather than playing her as a monster, though, Streep gives Miranda some depth, hinting at emotional turmoil and even vulnerability beneath her icy veneer. It’s a fantastic performance that shows Streep can do lighter fare every bit as well as serious drama. 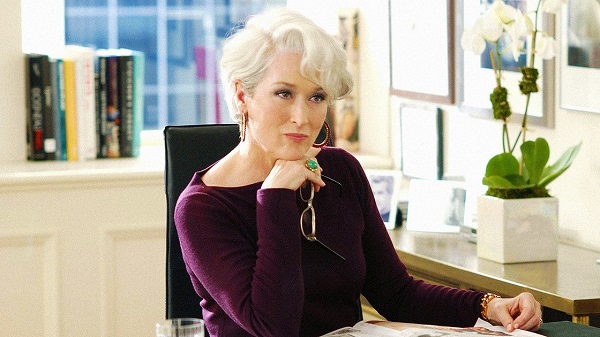 Speaking personally, this may be my favorite Meryl Streep performance of all time. She is Julia Child and it’s impossible not to fall in love with her as she slices, dices, and whisks her way through this film. She captures Child’s insatiable curiosity, her love of France, her fluty voice, and her sheer delight in food all without ever veering into caricature territory. Streep is clearly having the time of her life and the glee she brings to the role is infectious. The film itself is somewhat uneven, but Streep’s fantastic performance more than makes up for any other deficiencies and will leave you hungry for both more Meryl and some beef bourguignon. 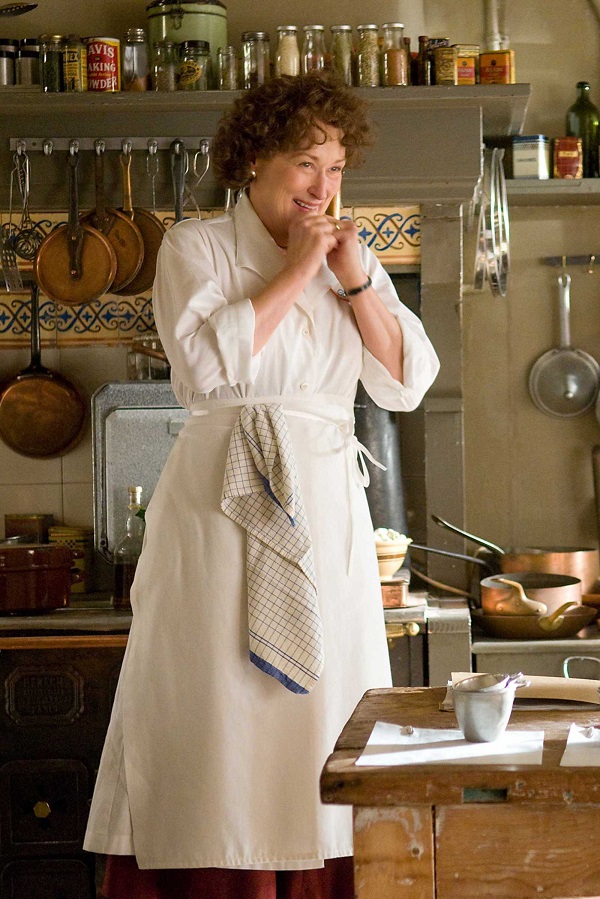 Do you love Meryl as much as we do? What’s your favorite of her films?