If you’ve ever dreamed of what it would be like to have a meal in the Great Hall of Hogwarts, well now you can… sort of. And where else would this be possible but the magical land of… Brooklyn, NY?! 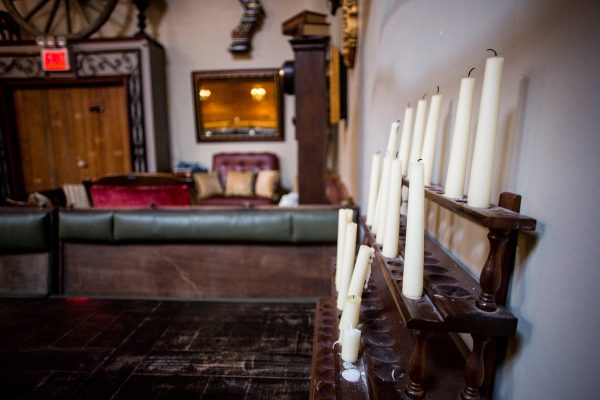 That’s right, a Harry Potter-themed eatery is now open to the public in the Williamsburg section of Brooklyn. Coinciding with the 20th anniversary of the release of Harry Potter and the Sorcerer’s Stone and the current pasta-craze that’s hit NYC, Pasta Wiz is an organic, healthy pasta-based fast casual restaurant that is decked out with all sorts of Harry Potter-esque and wizard-themed imagery, including Hogwarts-esque chandeliers, a baby grand piano, and candles. The menu, however, has little to do with the famous J.K. Rowling series, instead offering up customizable healthy pasta dishes (including organic and gluten-free pastas), salads, diet-friendly crepe specials and ice cream, and nourishing smoothies—all of which are ideal for conscious eaters. 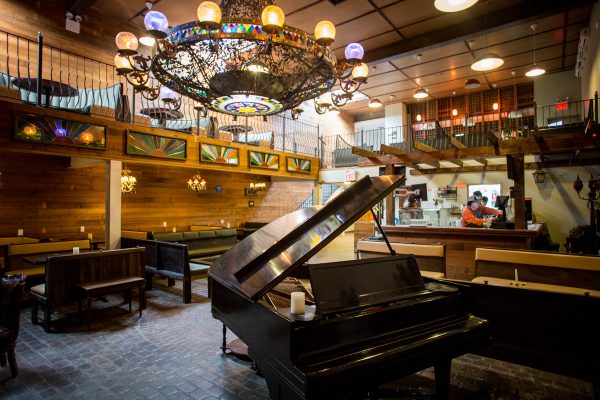 The magic is in the experience—in addition to the decor, the food ordering system uses an innovative approach to prepping the dishes that sends the orders out in only three-to-five minutes. Customers order off a tablet and pick up their food at the counter, there’s no table service. The restaurant also uses a mix-and-match method for DIY pastas, in addition to combinations they’ve tested and approved. There are classics including “Magic Meatballs” ($12.95) over organic spaghetti, and meat/dairy-free options like the “Vegan Mediterranean” ($13.95) with olive oil, garlic, scallions, olives, sundried tomatoes, zucchini, basil, mushrooms, and vegan parmesan cheese over organic spaghetti. 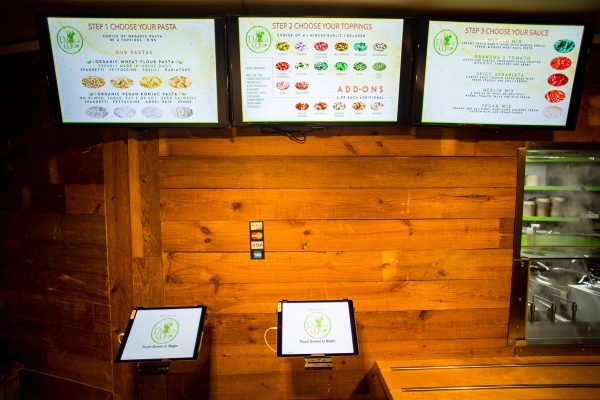 Owner Alex Dimitrov told the Gothamist that “The place is magical so [the] Harry Potter theme came naturally … We decided Pasta Wiz, it’s like a wizard magical place, so we’ve made it Harry Potter-style. We decorated in a Harry Potter-style.” If Pasta Wiz takes off, Dimitrov plans to replicate his wizarding world elsewhere in NYC on a smaller scale, following suit of the many Harry Potter sequels and spinoffs. 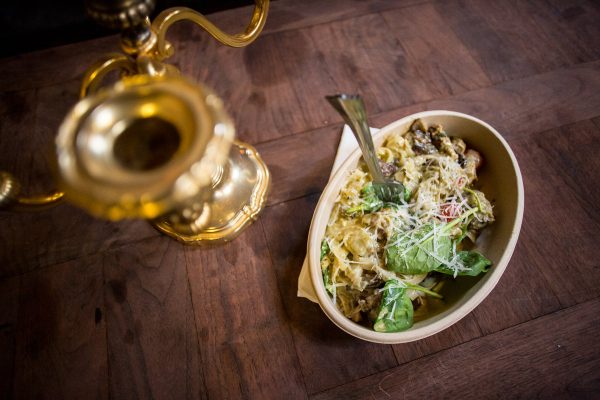 While it’s not exactly a fully-immersive Hogwarts dining experience (neither J.K. Rowling or Warner Bros. are involved in this venture), and though you won’t find any Butterbeer on the menu, Dimitrov has mentioned that they do plan to hold Harry Potter-themed events and meet ups.

What are your thoughts on this Harry Potter-inspired eatery?