I first read F. Scott Fitzgerald’s The Great Gatsby during my junior year in high school. To be quite honest, I showed no particular interest at the prospect of working with that novel for the next couple of months. This lack of enthusiasm resulted from the seemingly endless, dull two hours and twenty-six minutes I spent watching the movie adaptation with Robert Redford as Jay Gatsby beforehand – although I was aware that a book should never be judged by its movie. As we started the first couple of chapters and we were introduced to Nick Carraway’s melancholic narration, Jay Gatsby’s gallant yet unstable demeanor, and Daisy’s infuriating manipulation and inner conflicts, I realized how mistaken I’d been; The Great Gatsby was anything but dull.

My classmates and I were instructed to take thorough notes as we read along – our notes would be based on what we thought the characters’ motives were, predictions, and overall comments of the chapters assigned. We were also challenged to pay very close attention to the subtle hints that could be overlooked otherwise, and what they implied. It is through this process that it suddenly hit me: the three-part reason as to why most of its film adaptations do the book little to no justice. If you’ll bear with me, you might find yourself agreeing to my following quasi-rant as to why a novel such as The Great Gatsby should not be adapted into a movie (for what would be the sixth time). 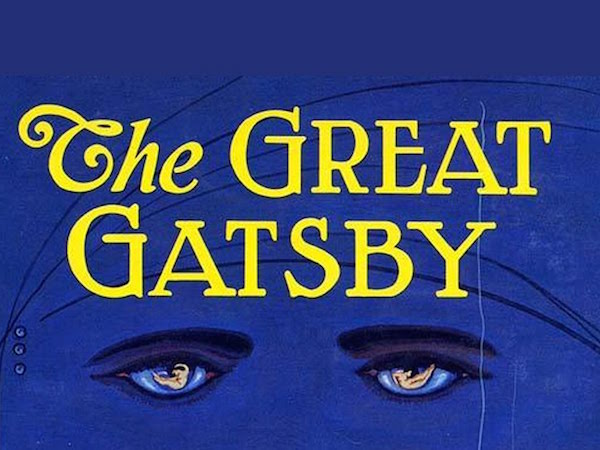 For one, Jay Gatsby is socially inept. Yes, his persistent attempts to finally get the one person he has always wanted are admirable, but he still is awkward as can be on several occasions.

Since he did not grow up learning the social etiquette he is expected (and oftentimes advised) to follow, his interactions with other upper-class characters is rickety, to say the least. He wears a pastel pink suit, confidently states that Venice is a capital, and claims that San Francisco is part of the mid-west and that one can hunt for ‘big game’ and mine for rubies in Europe. Mind you, these are only a few examples of his ignorance about the world. That lack of awareness is mirrored in his interaction with the a rich couple, the Sloanes, in which he accepted a dinner invitation that was supposed to be declined. I have not forgotten the awesome, truly fantastic chapter where he ends up completely soaked and shortly knocks over a clock while trying to act nonchalant as he meets Daisy for the first time in five years. Gatsby tries to be calm and collected, but anyone can peel through his alleged high-class demeanor of a rich man and find a young boy who is hopelessly in love with someone he can never have.

It seems that in every film adaptation so far, the actors portraying Gatsby are too graceful, too phlegmatic, too charming. They are only Jay Gatsby, never James Gatz. In other words, these adaptations emphasize only one aspect of Gatsby’s personality, and it is the weakest, most paper-thin aspect he has. Baz Luhrmann’s  2013 adaptation with Leo DiCaprio seems to have the most accurate Gatsby of all, where the audience gets a few glimpses of the naive, awkward, hopeful, even at times ridiculous Jay Gatsby that we can’t help but grow strangely fond of in the novel.

For another, The Great Gatsby is a between-the-lines type of novel; it is alarmingly easy to overlook certain details or subtleties unless one is truly paying attention to what Nick Carraway narrates and implies. Since the story is told from Nick’s perspective, the reader has to piece together what happens in matters where Nick’s knowledge is limited or lacking. Reading the book, enjoying the language within the text, debating about what F. Scott Fitzgerald was implying is part of what makes the story have an impact, or a nostalgic, cynical undertone.

It is difficult to translate those subtleties onto a big screen without subconsciously spoon-feeding one set interpretation to the audience. I have yet to find an adaptation of The Great Gatsby that successfully creates a similar effect to the one found in the novel. Which leads me to part three of my rant: how the emphasis on the sparkly, flashy, over-the-top factors briefly overshadow the rest of the plot.

The crushing death of the American Dream, the heavy social criticism toward over-consumption as methods of avoiding the daily toils of a sad, unfulfilling, shallow life – those two ideas are clouded by the intervention of Hollywood’s flashy shenanigans. Adaptation after adaptation shoves a glaring spotlight onto the love triangle between Gatsby, Daisy, and Tom (Daisy’s husband), as well as romanticizing the parties and excessive lifestyle F. Scott Fitzgerald ridiculed in his novel. This idea is tied onto how The Great Gatsby uses language that firmly stands against what is viewed as glamorous in the book’s film adaptations.

I may be nit-picking at what are entertaining movies, but are not up to par with the original novel. One can say, “You cannot possibly expect a director to satisfy everyone’s interpretation of the novel. C’mon, that’s just crazy.”

Regardless, much like Gatsby’s routine of reaching out for the green light glinting across the water and dreaming about finally embracing his beloved Daisy  – and in a less dramatic context – bookworms who are fans of F. Scott Fitzgerald’s work are reaching out for a film that truly embodies the soul of The Great Gatsby.

Featured image via The Fangirl Initiative