In rural India, periods are a traumatic time in a young girl’s life. They become isolated, are not allowed to enter a kitchen, eat with their family, or even sit on the couch or someone else’s bed. Often they are banned from festivities and social events, as well. In short, girls are treated as though they are tainted. This can greatly affect the confidence and self-esteem of a young girl.

Aditi Gupta had such an upbringing. Even while growing up in a well-educated home, periods were a scary time. She believed that asking for pads at the store would affect her family’s reputation, so instead she used a cotton rag. It wasn’t until Aditi went to university did she begin to educate herself on women’s health.

Armed with the knowledge, Aditi began Menstrupedia, an illustrated website designed to educate young girls about the physical and emotional changes that come with puberty. After the success of the website, Aditi brought the information to paper by crowdfunding a comic book. 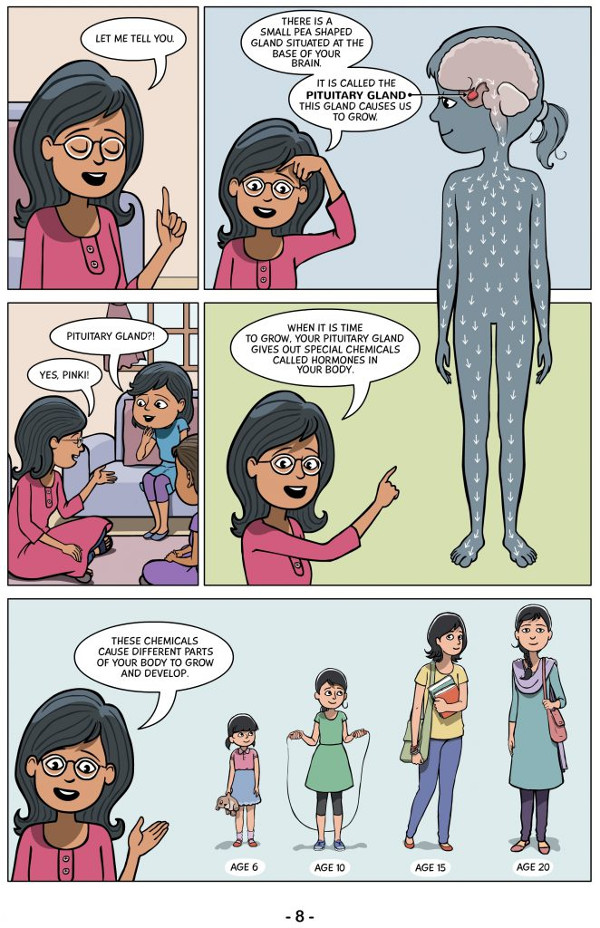 The Menstrupedia Comic follows the story of four girls: Pinki who hasn’t yet reached puberty, Jiya who gets her first period during the story, Mira who already has her period, and Priya who is Pinki’s sister and a doctor. The four are having a meal together when Jiya goes to the bathroom. Much to her surprise, she finds blood. Thankfully, Priya is able to explain to her what is going on. The comic covers a wide range of women’s health topics from pregnancy to nutrition. The comic does not shy from detail and shows accurate female anatomy. It is aimed at girls 9 and older. So far, the comic has been a great success and has been translated into 10 languages, taught in 75 schools, and is reaching 50,000+ girls in rural India. The website gets 150,000 clicks a month and the book is being ordered globally. 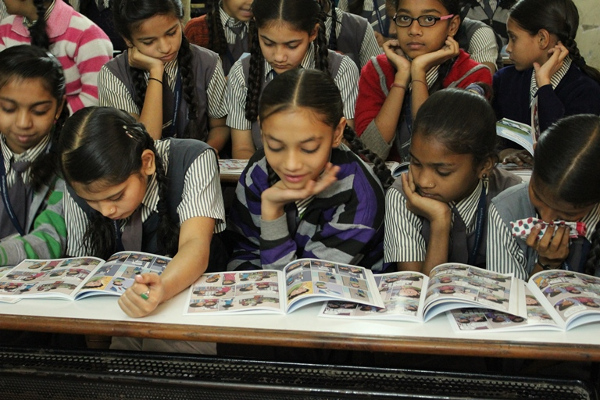 Aditi stresses the importance of catching the girls early. Currently 90% of girls in rural India do not use sanitary pads, which leads to risk of infection. Also, 25% of girls drop out of school once they reach puberty, and are quickly married off. Aditi believes that by educating girls about their bodies “we can raise a generation of mothers who are not only aware about menstruation themselves, but also ensure that their daughters learn about periods at the right time,” and thus begin breaking down the taboo.

What do you think of the comic?