Two childhood worlds collide in a new nostalgia heavy comic book series by DC Comics in collaboration with BOOM! Studios. Justice League/Power Rangers is a title that can put a smirk on the face of even the most sophisticated comic collector. Similar to the Batman/Ninja Turtles crossover which came out last year, and the upcoming Green Lantern/Planet of the Apes series, this is a title that appeals to the inner child in most collectors. “What if?” scenarios have always been a comic book staple, and Justice League/Power Rangers is one more over the top, dimension traveling story to add to the mix. 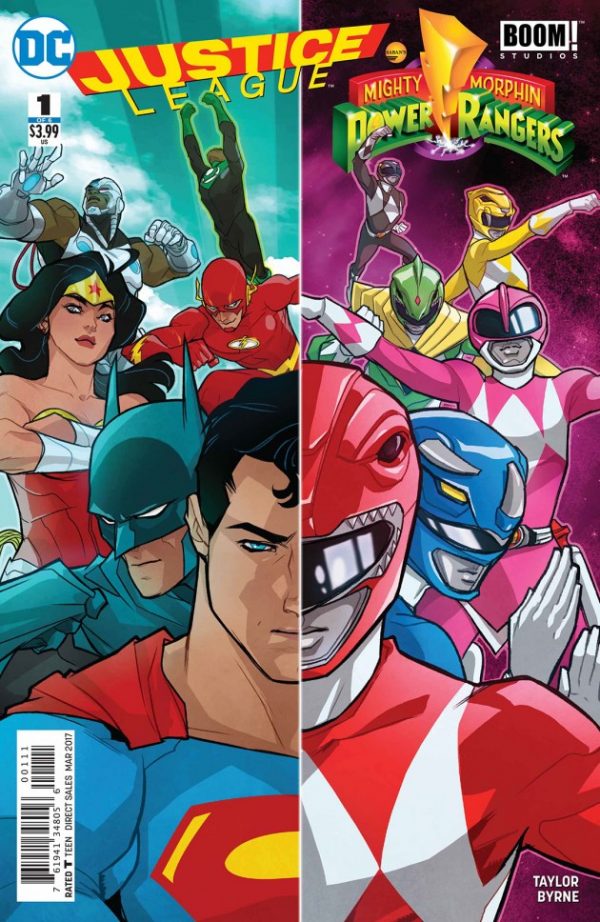 The story, written by Tom Taylor, starts off in a destroyed Angel Grove, the hometown of the Power Rangers. There, Zack (Black Ranger) is comforted by Superman, saying that the accident wasn’t his fault. From there, we flash-back thirty six hours previous to the Rangers headquarters being attacked by Lord Zedd. To protect their headquarters, Black Ranger decides to teleport Lord Zedd and his minions away, unknowingly teleporting them to a different universe. After the rest of the rangers arrive to save their lost friend, they have a run in with the heroes of this new world– the Justice League. This series seems like it will have a lighthearted tone, and hopefully not take itself too seriously. It’s funny and entertaining seeing the Justice League react to the abilities of the Power Rangers, but I feel that’s almost all of what this story is going to be– funny and entertaining. 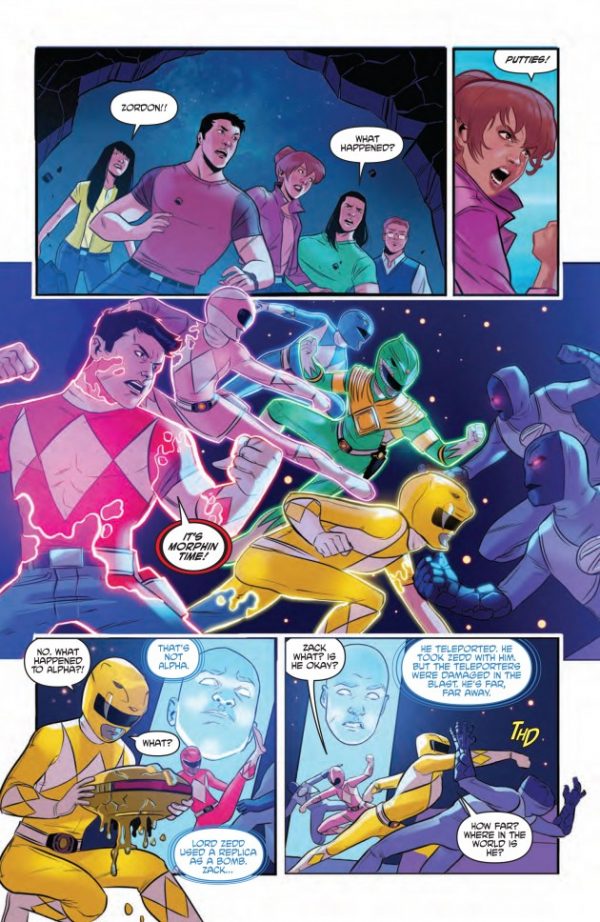 The artwork, by Stephen Byrne, is clean and bright. Penciled and colored by himself, the colors of the Rangers look great against the dark shading of their environments. His renditions of the Justice League members are on par with most artists working for DC, but I was surprised to see that his version of Superman is much smaller than almost all versions I’ve ever seen. I am also very excited to hopefully see a 2-page Voltron spread somewhere later in the series. This crossover at least has the potential for some really cool imagery. With not many other titles under his belt, I feel that we will see a lot more DC work from Stephen Byrne after this series is finished. 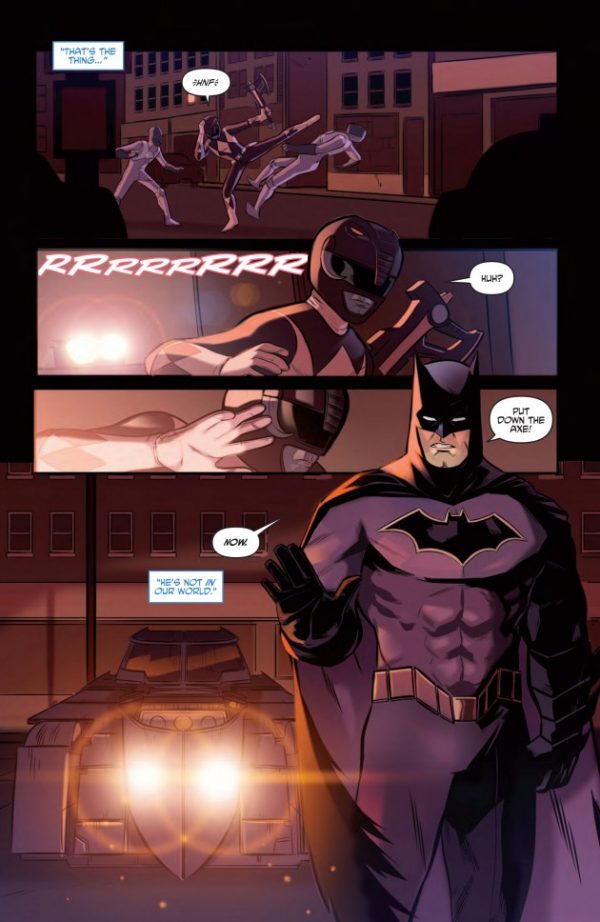 It doesn’t come as a big surprise that Justice League/Power Rangers is not an amazing comic. The way that the Rangers crossed over into the DC universe was not inventive at all, and the story seems like it will turn out to be very generic. It’s not supposed to affect the stories of other ongoing comic titles, and is similar to a child playing with their action figures in 1996. But it’s fun, and reminds us that comics don’t necessarily need to be mature or sophisticated to still be enjoyable. This series definitely has the potential to develop an engaging and emotional plot, but I think the deepest the story will get is the Rangers and the Justice League realizing that the enemy of their enemy is their ally (each other). Then again, this is only issue one.

The five year old inside of me loved the idea of this crossover, but the adult me is giving it 5/10.

Justice League/Power Rangers Volume One is available for Pre-order on Amazon, now. It will be released June 20th of this year.

Similar comics you should check out: