I am a Jane Austen character. Well, sorta. Aside from the two-hundred-year gap and the fact that they are fictional, I feel right at home with those ladies.

I’m probably not alone in feeling so connected and similar to Jane’s beloved characters. How else could her heroines and books not only continue to be so popular two hundred years later, but usually rank exceptionally high on people’s list of favorite characters and books? In one poll, Elizabeth Bennett was the first on the list of top 20 most-loved book characters. In another article, out of 100 literary characters highlighted, five come from Austen novels.

Her characters are authentic, funny, caring, and just amazing despite their flaws. And on that flattering note, here are just a few ways that I am like Jane Austen’s best characters.

Elizabeth Bennett prefers to read even in a crowded room. Mr. Darcy subtly alludes to her when he says, “All this she must possess . . . and to all she must yet add something more substantial in the improvement of her mind by extensive reading.”

While recovering from Mr. Willoughby’s sudden engagement to another woman, Marianne Dashwood in Sense and Sensibility says, “I shall divide every moment between music and reading. . . . By reading only six hours a-day, I shall gain in the course of a twelve-month a great deal of instruction which I now feel myself to want.” But both sisters are said to love reading in the text.

Anne Eliot in Persuasion befriends the morose and grieving Captain Benwick. Captain Harville says to Anne: “His head is full of some books that he is reading upon your recommendation, and he wants to talk to you about them.” 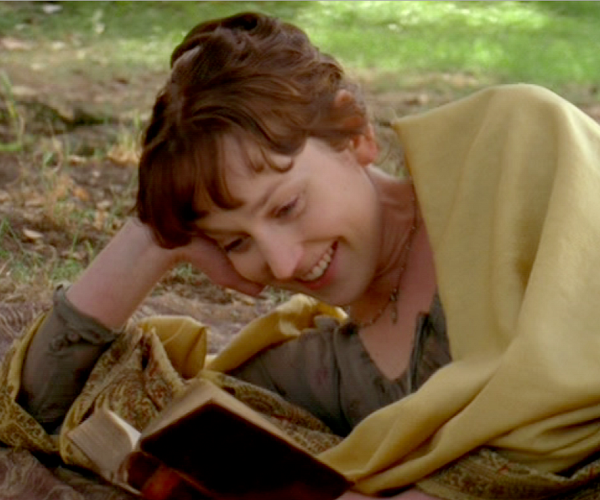 Most of us can relate to these heroines in their love of reading. I wouldn’t be writing this post on a blog about reading if I didn’t! I have gone through periods in my life when poetry has touched me the way it touches Marianne, and other times I have focused more on facts and practical reading like Elinor. It’s comforting to me that even after two centuries we can find the same enjoyment  they did in a book.

Even in the rain, Anne Eliot says to Captain Wentworth: “I prefer walking.”

Marianne goes walking in the novel all the time. In fact, she seems to love walking in the rain, which tends to lead her to trouble. She meets Mr. Willoughby after she sprains her ankle, and later Colonel Brandon has to rescue her in the rain.

The number of miles walked in Pride and Prejudice likely equals the number of pages in the book. Elizabeth is always walking–to the Bingleys’ house to take care of Jane, in the gardens, to and from Meryton, around Mr. Darcy’s house. 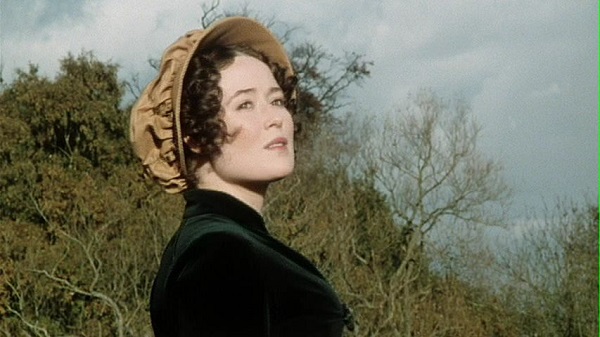 I love to walk as much as possible. I find it a peaceful time to think, to let my imagination wander. Even after I finished college, when I walked out of poor necessity, I continued to walk everywhere, even though I lived in a city where walking was more uncommon. Whenever people I knew saw me, they’d pull over and ask if I needed a ride. Nope, I’m good.

3. My “Love Story” Overlaps Theirs

What stories are more iconic in the romance genre than Jane Austen’s? Each one has its beautiful conflict and resolution that send butterflies through the heart and stomach. 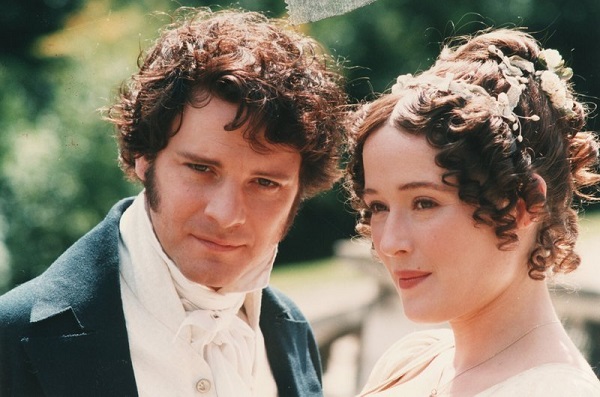 My husband and I met in rather antagonistic circumstances. He tackled me while playing ultimate Frisbee. No, he didn’t insult me like Mr. Darcy, but that tackle started a mini-feud between us that eventually led to friendship and romance. My husband is also 8 years older than I am, like in Emma. Although Emma Woodhouse and Mr. Knightley are 15 years apart in age rather than 8, in many situations my husband taught me how to do “adulting” things, like getting oil changes and other car maintenance, just as Mr. Knightley often acts as a mentor to Emma.

How many movies or books seems to follow the same love story pattern like Emma‘s, where her best friend turned out to be the love of her life? Or like Elizabeth’s, where the first impression was completely wrong? Or like Marianne’s, where the smooth-talking guy you’d think would be the white knight turned out to be a jerk, and the seemingly average nice guy is the one you actually want? 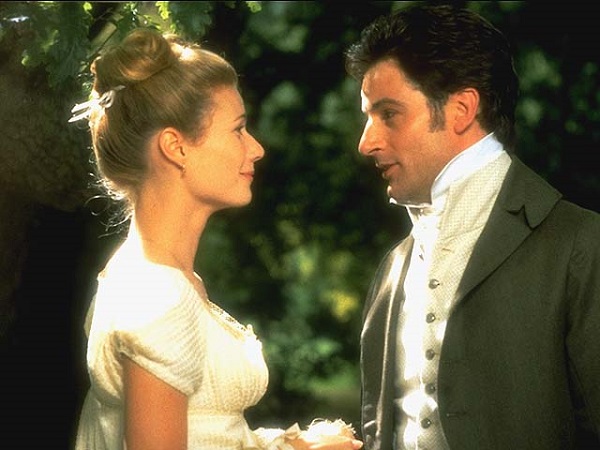 The point is that these love stories aren’t new. They feel and sound familiar because they still happen, albeit without the Regency gowns and cravats.

4. My Imagination Often Runs Away With Me

In Northanger Abbey, Little Catherine Morland, who loves to read Gothic novels, gets the opportunity to stay in the Tilneys’ mysterious home, Northanger Abbey. In little details in the grand Gothic house, her vivid imagination deduces that her host and the father of her love interest, General Tilney, has committed murder. 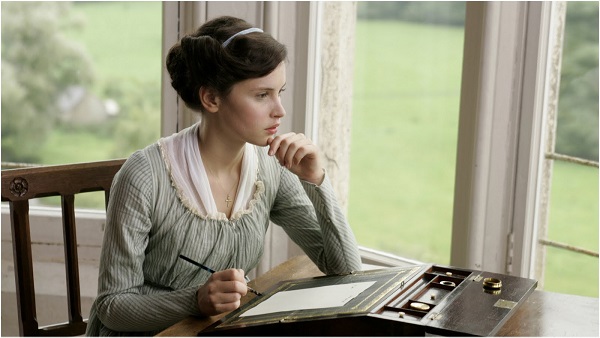 Although I’ve never accused someone of murder, my imagination tends to jump to wild conclusions. When I was first married, my husband was 20 minutes late coming home from work, and I envisioned that he had been in a horrible, mangling car accident or had been mugged and stabbed. When he finally came through the door, I held him crying for 5 minutes. He told me to stop watching Law and Order.

In Austen’s world, almost every sentence is significant. Before we started dating, I analyzed every little detail of our interaction. Did that glance he just gave me mean something? Now that we’re married, I don’t examine it all quite so closely, thank goodness. It’s exhausting.

5. I Think My Opinion Is Right

Emma tries to play matchmaker for her friend, Harriet, and it blows up in both of their faces several times. When she steps back and lets Harriet make her own decisions, as Mr. Knightley advises her several times to do, everyone ends up much happier. I have not set up any friends, but as a newlywed, I soon realized that my opinion wasn’t always correct. Sometimes I was right, and sometimes he was right. If either of us try to have complete control over our relationship and our future, things don’t go well. Like Emma, I have been humbled and am trying not to put my opinion above the opinions of others. Perhaps I’m right, but sometimes it isn’t my place to impose my opinion on them. 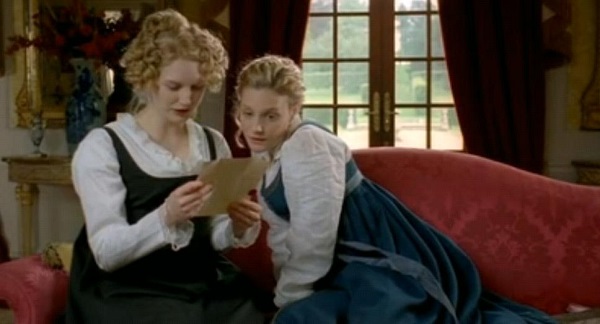 Elizabeth holds on to her first unfavorable impression of Mr. Darcy, and over time, she realizes how mistaken she was. Even now after almost 10 years of marriage, I occasionally misconstrue what my husband says or does, and it leads to a senseless argument. By the end, I realize that he didn’t mean for what he said to carry a hidden insult or agenda, and he realizes that the phrasing of what he said wasn’t exactly clear. Like Elizabeth, I have learned that impressions can be misleading. I need to be patient and give people the benefit of the doubt. 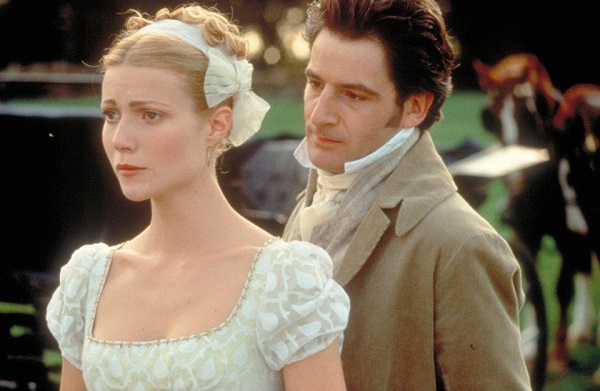 Funny how we humans are still needing the same lessons as they did so long ago! Funny and sad.

The subtle and clever banter between characters in Austen’s writing is addicting, especially in the language they used at the time. One of the best arguments in literature occurs after Mr. Darcy proposes to Elizabeth for the first time. These days, you never hear anyone say as Elizabeth says to Mr. Darcy about his interference with Bingley and Jane: “I have every reason in the world to think ill of you. No motive can excuse the unjust and ungenerous part you acted there. You dare not, you cannot deny, that you have been the principal, if not the only means of dividing them from each other—of exposing one to the censure of the world for caprice and instability, and the other to its derision for disappointed hopes, and involving them both in misery of the acutest kind.” 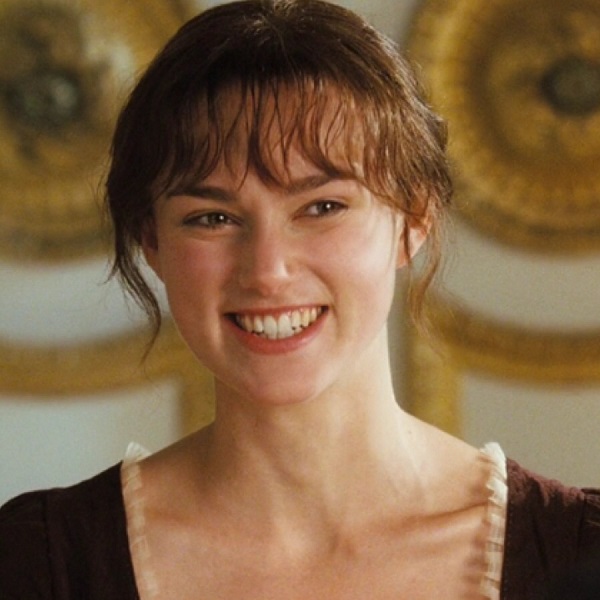 Even though we don’t use this language commonly, my friends and I sometimes use specific phrases from Austen’s books. We will refer to someone’s “fine eyes” or use “as my friends say” to jokingly give ourselves compliments like Mrs. Elton in Emma. So much fun!

In Persuasion, Anne says, “My idea of good company, Mr Elliot, is the company of clever, well-informed people, who have a great deal of conversation; that is what I call good company.”

I have to agree with Anne. This kind of good company never gets old, not even after two hundred years. Not even if that good company isn’t even real.

How are you like a Jane Austen character? Who is your favorite?

Featured image via Pride and Prejudice 05