‘Lo and behold! We have successfully made it to the fourth novel in The Chronicles of Narnia, Prince Caspian. A full year has passed since the Pevensie siblings – Peter, Susan, Edmund, and Lucy – first found themselves in Narnia, defeated the White Witch, become noble Kings and Queens, and accidentally returned to their original world only to find seconds had passed back in England when a lifetime took place in Narnia.

The novel begins with the four children at a train station about to start a new term in school, when an unknown magical force pulls them to another world: a beach with the ruins of what used to be a magnificent castle. Upon realizing the ruins belonged to Cair Paravel (the castle they lived in as Narnian Kings and Queens), it becomes clear that due to the way time works differently, an entire year in a human world translated to at least a thousand years in Narnia. The siblings encounter a dwarf named Trumpkin, who updates them in on the current problematic conditions Narnia finds itself in. After being conquered by the Telmarines, most of the Talking Beasts of Narnia went into hiding, forgot how to talk, or were killed. As for Aslan – he has merely turned into a bedtime story, a far-away fantasy that even Old Narnians still debate about.

Trumpkin brings the young Prince Caspian in the picture; the rightful descendant of the throne who dreams of Old Narnia, a time when the Talking Beasts and all the other magical creatures – centaurs, wood nymphs, river-gods, fauns, giants – were joyous and plentiful. Prince Caspian‘s life becomes endangered as his uncle plots to murder him, and he seeks refuge with the remaining Old Narnians. Together, the Pevensies and Caspian fight to return Narnia to its former glory. 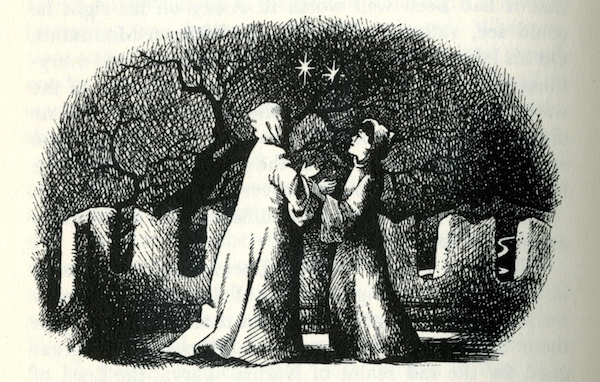 The first thing I noticed from Prince Caspian is how the novel takes the more serious undertone from The Horse and His Boy and further emphasizes it throughout this story. There are several quiet moments, more war strategies and conflict, and the stakes are far higher. One of the strongest scenes takes place as the siblings are looking around the ruins of Cair Paravel, remembering what their life was like as Kings and Queens, before realizing just how many years have passed by – the feelings of sadness along with the echoes of forgotten merriment create a powerful effect that speaks to the reader.

Caspian himself does not quite have much of a groundbreaking personality, as the focus is placed on the four siblings’ return and the surrounding complications they are involved in. The secondary characters were delightful (c’mon, who wouldn’t want to cuddle Reepicheep or good ol’ Trufflehunter) and Aslan’s scenes were absolutely heart-lifting. I had a couple of repeated thoughts regarding the siblings: “1. Edmund is far more useful and thoughtful than I remembered, one can really tell he has matured as a person, 2. Lucy is still growing up, but she’s capable of taking care of herself and speaking her mind when needed, 3. It is interesting to see Peter own up to his title as High King, even if he is still of a young age; one can still see the former greatness he had about him, 4. Susan is driving me insane.” 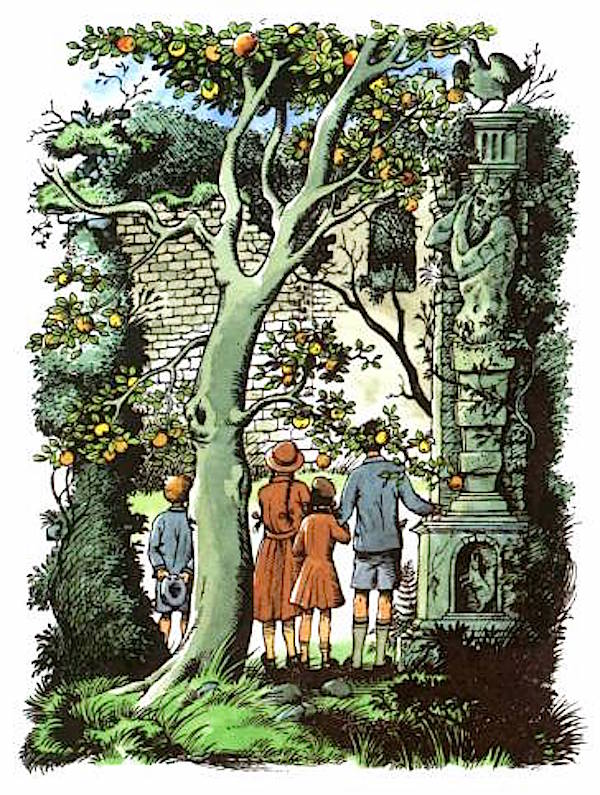 I kid you not, Susan has earned the title of my least favorite character throughout the past three books. In The Lion, The Witch, and the Wardrobe, she was rather forgettable and would easily agree to what her siblings suggested for the most part. When she appears as Queen Susan in The Horse and His Boy, her main tactic is crying, nursing a pessimistic mindset, and not fully thinking about how her decisions may affect others in the long run (this is when she is an adult, mind you). Yet, she was at her most obnoxious in Prince Caspian, where she would constantly address her siblings in a condescending way, stood against any new ideas but refused to offer any solutions herself, and was generally whiny as a whole. Technically, she developed more of a personality throughout this specific book, but it was not a personality one particularly wishes to read more about. Lucy, on the other hand, is a bit more temperamental and strong-willed. Here, she is definitely the more useful of the two sisters, and the contrast is stronger whenever Susan is in the same scene as her. Just look at the sass:

“‘That’s the worst of girls,’ said Edmund to Peter and the Dwarf. ‘They never carry a map in their heads.’

‘That’s because our heads have something inside them,’ said Lucy.” 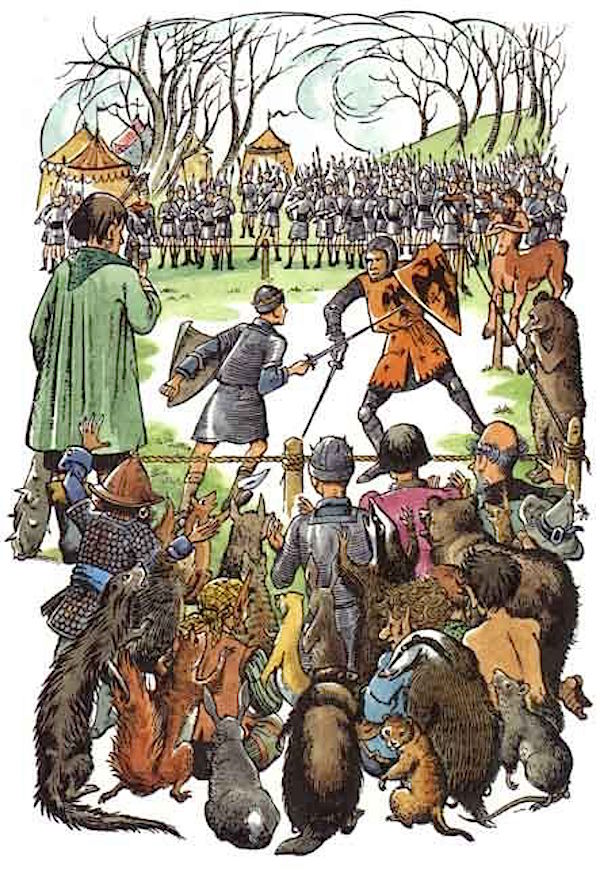 Curiously enough, although The Chronicles of Narnia are known for their several Christian allegories and references, C.S. Lewis added something a bit different in Prince Caspian – he includes two Roman gods. In The Lion, the Witch, and the Wardrobe, it is mentioned how Silenus and Bacchus would occasionally appear during long summer nights of celebration before the White Witch established her permanent winter. As the Old Narnians are recruiting help for an army against the Telmarines, Bacchus (the Roman god of wine) and Silenus (a friend who accompanies Bacchus on his donkey) offer their services after Aslan calls them.

Because of its detailed battle between the free Old Narnia and the Telmarines, Aslan presenting himself in his strongest yet most lovable demeanor, and the fact that the reader gets to know the Pevensies better while understanding why the other Narnians have lost faith (and seeing that faith renewed) I hereby grant Prince Caspian a 5/5 overall review.

I’m looking forward to continuing the adventure with the remaining novels: