Last year seemed like the year of celebrity deaths. Coincidentally, it was also the 400-year anniversary of Shakespeare’s death. Hogarth Shakespeare pulled out all the publishing stops to commemorate the occasion, recruiting big-name bards like Margaret Atwood (The Handmaid’s Tale) and Gillian Flynn (Gone Girl) to reinterpret eight of his plays.

I’ve read the four that have been released thus far, and let me tell you: Bravo! It’s clear that each author has formed an intimate relationship with their corresponding play. You will not find gimmicks, but rather stunning, multi-faceted reflections of what makes audiences return, both to the theatre and to these writers, over and over again.

1. The Gap Of Time by Jeanette Winterson

In her signature style, Winterson turns up the narrative intensity to 11. She never shies away from sexuality or identity politics, and (because or in spite of that) she gets readers hooked. In this rendition, Winter’s Tale is as dramatic and unlikely a story as it ever was. “If this be magic, let it be an art” applies to the time-hopping, bicontinental modernization of the play. I can hardly summarize it due to the non-chronological order of events, but I can say I’ll read it again with pleasure. 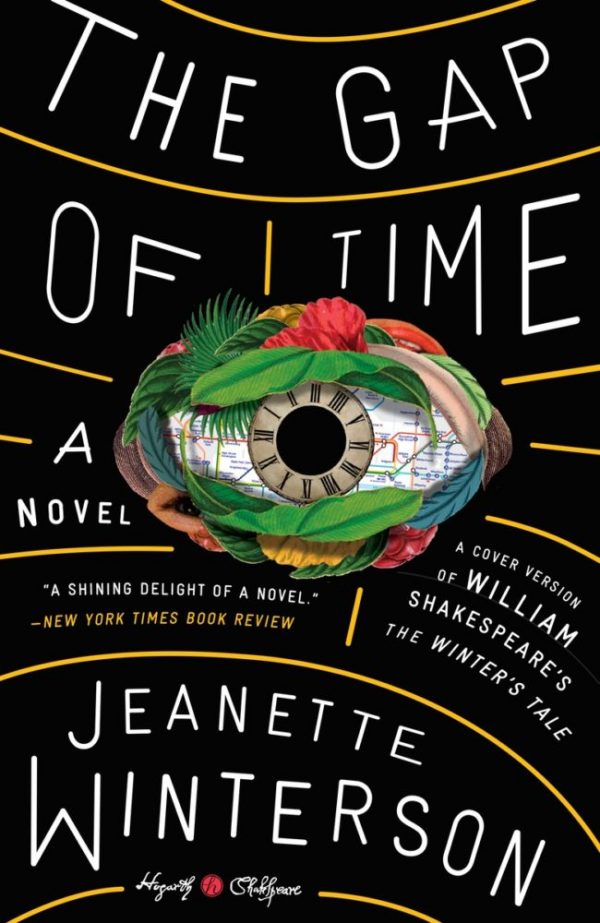 2. Shylock Is My Name by Howard Jacobson

This is a tense book, because it confronts the reader (whether Jewish, not Jewish, or on-again off-again Jewish) with centuries of antisemitism. For me, the narrative began slow and heavy-handed, but the gorgeously crafted sentences and observations ranging from profound to mischievous kept me reading. I’m glad I stuck around for the plot to accelerate. I will be revisiting this text after re-reading The Merchant of Venice for comparison, because Jacobson spends less time summarizing the original than the other authors (who supply summaries before or after the text). 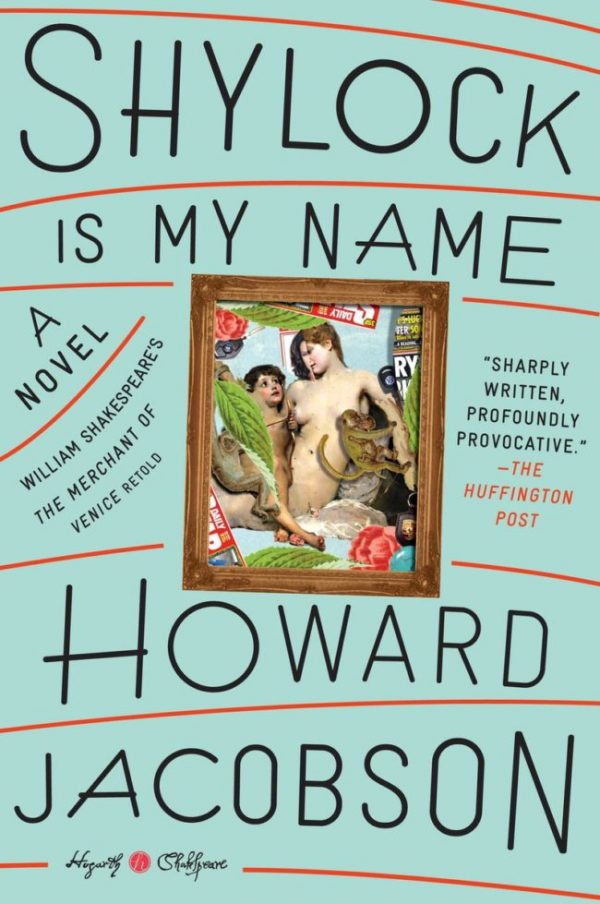 I laughed out loud more than once when reading this. If you love or hate The Big Bang Theory for the way the characters are portrayed, this is for you. Of course, most people these days are a little uneasy, to say the least, about “taming” a “shrew.” We tend to like her better as the free, outspoken woman than as the subdued, domestic chattel (and besides, why should domestic life require submission?). Tyler’s resolution likewise made me uneasy, but it was thought-provoking and thoroughly charming, navigating the uneasy bits with compassion for Kate. Perhaps she doesn’t get what modern audiences want for her, but she isn’t chattel, either. 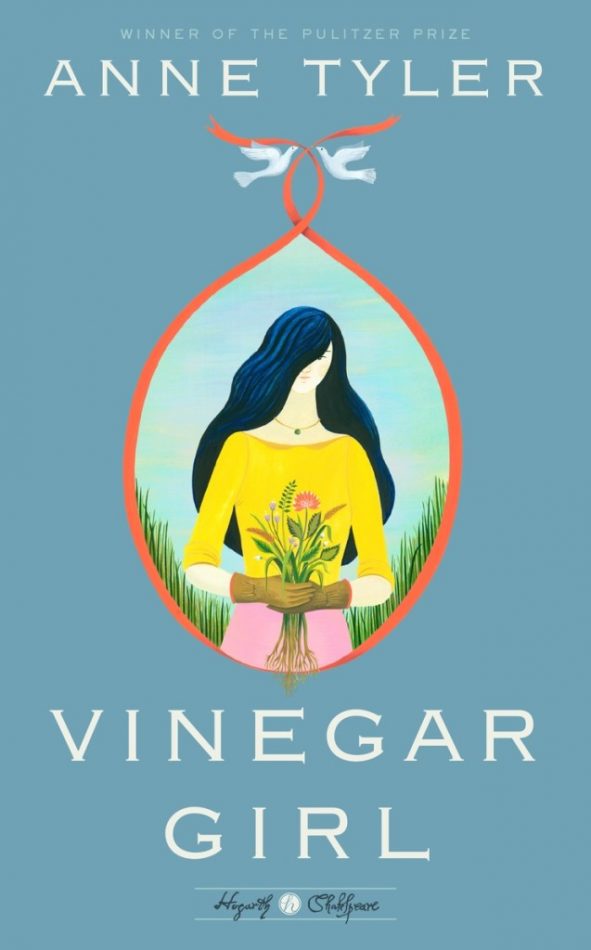 One never knows what to expect from The Tempest. Will characters and speeches be cut? What vibe will we get from Prospero? How far out will the special effects be? When I first started reading this novelization of a play within a play, I was doubtful. Felix (Prospero’s facsimile) made me suspend my disbelief just a little too far at first, but I’m glad I suspended it anyway. A washed-up (pun intended) director takes a new gig teaching literacy courses at a prison, plotting revenge for his loss in status while mourning his daughter. As a former volunteer tutor for incarcerated boys, this book brought back bittersweet memories of men transformed (momentarily or long-term) into dreamers and doers. Once I got through Act I, I couldn’t put it down. Treat yourself to an afternoon or two with this spectacular read. 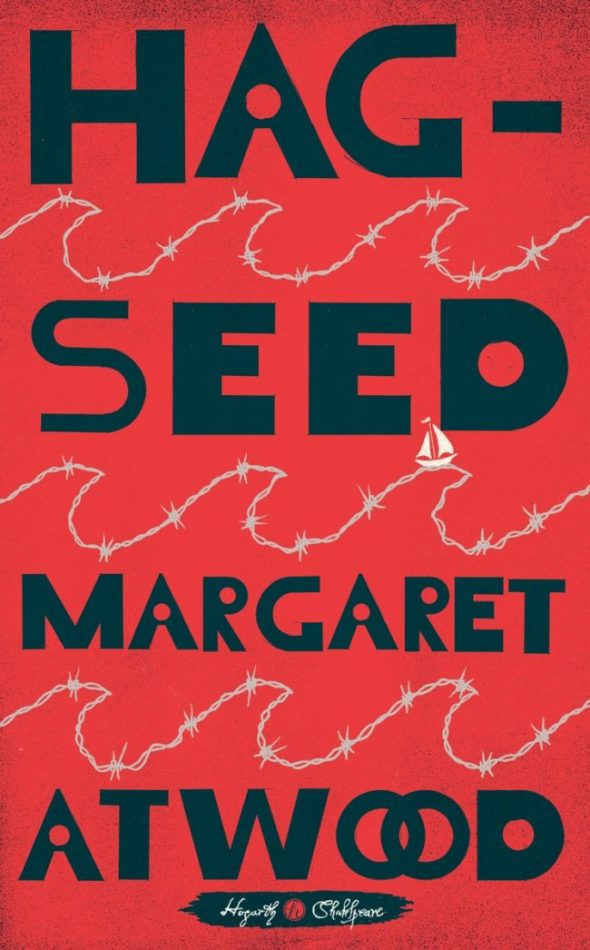 All four of the pending publications are tragedies; I fear they may not be as much fun as the first four, but then again, jokes and hijinks abound even in the plays in which (spoiler alert) everyone dies. Jo Nesbo’s Macbeth adaptation is out next month, followed by Tracy Chevalier’s Othello in June. Edward St. Aubyn’s King Lear is set for April 2018, while Gillian Flynn wraps it up with Hamlet in January 2021. I am looking forward to Othello in particular, but given my experience so far, I have a feeling all of the productions will wow me.

Which Shakespeare retellings do you love?