I was about ten years-old when I first received the entire The Chronicles of Narnia book series as a Christmas gift. Excitedly, I read through the first three books, and stopped at the beginning of the fourth. I do remember that out of the first three novels, the third one, The Horse and His Boy, was the one I liked the best.

Now that I am re-reading the saga and caught up to the spot ten year-old me left off at, it must be said that my opinion regarding The Horse and His Boy has not changed. Ladies and gentlemen, I present to you the third review for the third book from The Chronicles of Narnia, by C.S. Lewis.

The story takes place during the reign of Peter, Susan, Edmund, and Lucy when they were still noble Kings and Queens of Narnia. The setting is quite different from the one might expect; our main characters live in Calormen, a southern unforgiving desert. We are introduced to Shasta, a blonde boy raised by an often unkind fisherman who claimed to be his father. Shasta overhears a conversation between the fisherman and an nobleman, and it is revealed that Shasta is not actually the fisherman’s son – but rather from Narnian parents – and is about to be sold as a slave.

After meeting a talking male war horse named Bree, who was taken from Narnia when he was barely a foal, they both decide to run away from Calormen and embark on a journey to the land they came from. Along their path, they meet Aravis (an upper-class girl the same age as Shasta who is avoiding an arranged marriage with a cruel man) and Hwen (Aravis’ female talking horse companion), who also intend to take refuge in the free land of Narnia. Together they face obstacles of all shapes and sizes, and find out much more about themselves and each other. 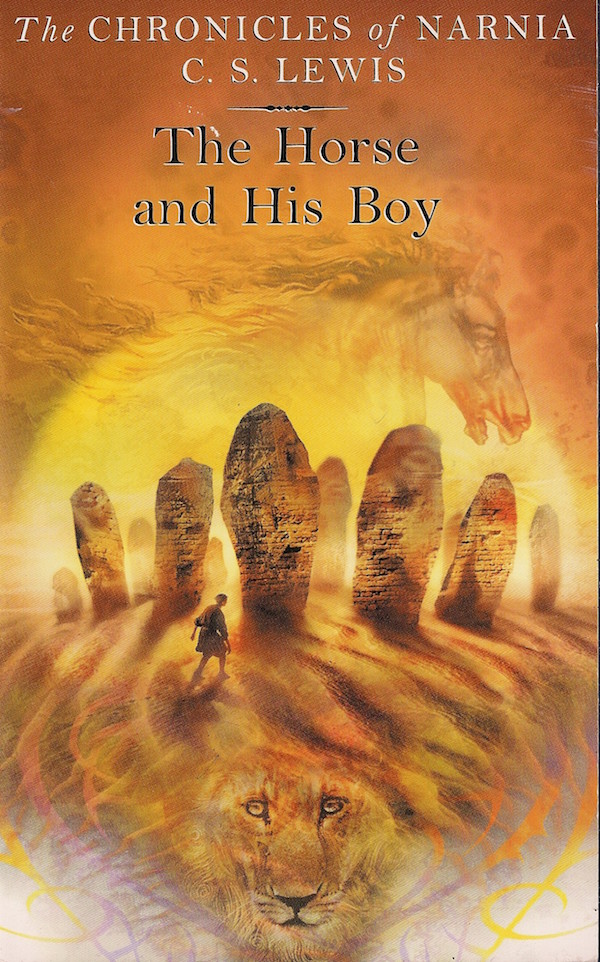 For one, it was vastly interesting to learn about the culture and people in other lands that were not ruled by the Narnian Kings and Queens. Calormen strongly resembles ancient Middle Eastern civilizations, with similar polytheistic customs and social idiosyncrasies. Since I have yet to read the rest of the novels in the saga, this is the first time I’ve seen C.S. Lewis going in depth with a place beyond the kingdom of Narnia.

Speaking of Narnia, I also liked how the story took place before Peter, Susan, Edmund, and Lucy returned to their world, since the reader gets to read more about what type of rulers they turned out to be. Edmund still remembers how he was forgiven for his treachery in his younger days, making him a man willing to grant people the benefit of the doubt, and Peter is fighting off evil giants with his army. Susan is still the most forgettable of the four siblings, as she only appears to cry instead of doing anything that could be considered useful, something highlighted when she is compared to her younger sister or Aravis. For instance, I was surprised to see that Lucy actually wears armor and fights in wars along with her brothers:

“‘She’s [Susan] not like Lucy, you know, who’s as good as a man, or at any rate as good as a boy. Queen Susan is more like an ordinary grown-up lady. She doesn’t ride to the wars, though she is an excellent archer.”

Similar to Lucy, Shasta’s female counterpart, Aravis, does prove her self-sufficiency in several situations throughout the novel. Described as an excellent horseback rider, crafty and intelligent, proud and occasionally snobbish, but also fiercely loyal to her friends, she is one of the stronger female characters. She learned a few tough lessons when it came to considering how her actions affected other people and managed to mature along with Shasta and the two talking horses by the end of the book. 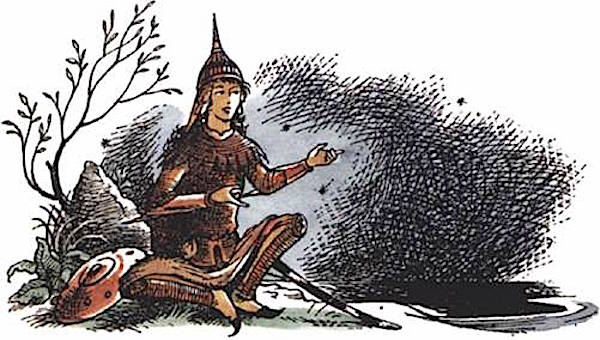 Shasta himself served as an entertaining protagonist with a reasonable amount of self-doubt, humility, and determination. He would often be embarrassed by his lack of manners and horsemanship compared to Aravis, who was raised in an upper-class society and bragged about her ‘superiority’ in such matters. His relationship to the horses and Aravis solidifies as the novel progresses, and he realizes they are the only family he has truly had. He at one point risks his life in order to protect Aravis and Hwen from a lion, and proves his self-worth to himself and to his companions in further occasions.

The pace flowed wonderfully – that is, until the very last chapter, where it seemed as though C.S. Lewis was thinking, “Must rush this along, dang it.” Compared to the rest of the novel that took its time to explain thoroughly what was going on with exposition and details, the ending seemed hasty. Other than that small nitpick, I do not have any other complaints. Yes, the characters have long pieces of dialogue, but it is information that sheds light on the situations at hand, so one does not really mind reading through it to learn more about the characters themselves and their background.

As always, the descriptions were amazing and created a clean mental image of the setting, and the plot was thoroughly entertaining–the characters relatable, the plot was simple yet complex because of the complications, there was a detailed depiction of war that was stronger than in the previous two books (one guy gets his head cut off, for one), and Aslan returned to his former glory of being a mysterious yet extremely powerful influence that walked on four legs. For all this (and more), I give The Horse and His Boy a solid 5/5 review.