Whether you’ve always wanted to visit London but have never gotten the chance, are planning a trip and can’t wait to get there, or have already visited but feel like you still haven’t seen everything, this article is for you. The following is a collection of the best of the best literary hotspots, from bookstores and libraries, to theaters and festivals. Check it out below:

This theater is AMAZING: the inside still looks like it did in Shakespeare’s time, with wooden benches for the “wealthy” and standing-room-only sections for the “peasants” (aka those who arrive late). So in addition to seeing performances by incredible actors, you really get a feel for the atmosphere and audience-actor connection that made Shakespearean plays so unforgettable. 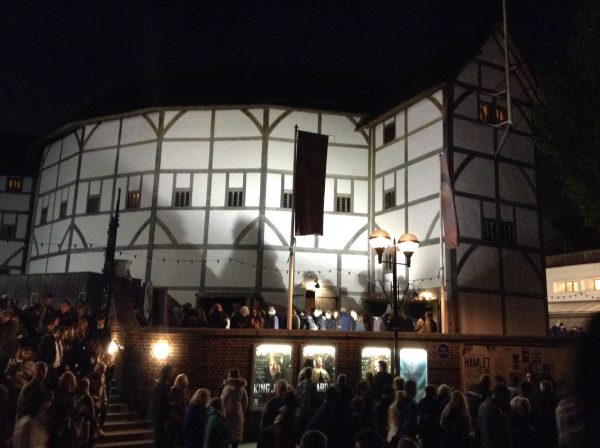 This annual festival celebrates the very best of London’s literary history: like a walking book club, the Footprints Festival guides visitors to all the alleyways, stores, houses, graveyards, and gardens that inspired some of this city’s most famous authors. 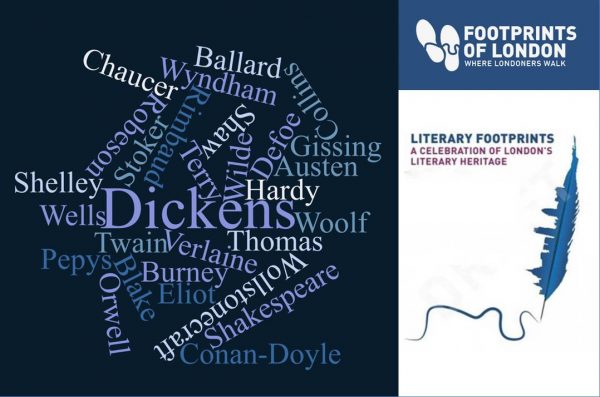 This studio was my first stop when I visited London: it’s got thousands of sets, costumes, behind-the-scenes looks, and props from all the movies. You can stroll along Diagon Alley, buy a butterbear, sob a little bit next to the dead Dobby doll, and throw shady looks at Umbridge’s office. So while you could just make a quick stop at the Harry Potter Shop at King’s Cross Station, I would highly recommend going to the Warner Brothers Studio instead. 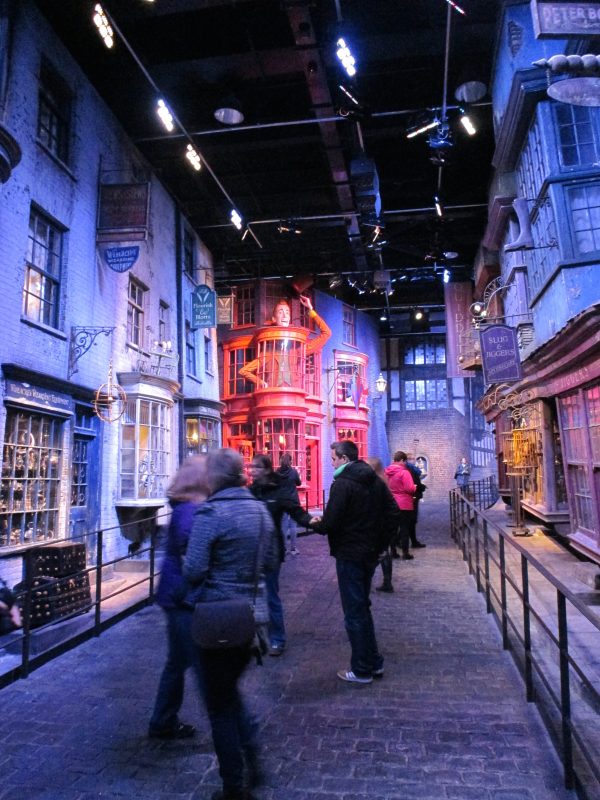 A must-see for every Sherlockian out there, the Sherlock Holmes Museum and Shop is too cool for words. Fair warning, though–the lines outside this museum get insanely long, so make sure to get there early. 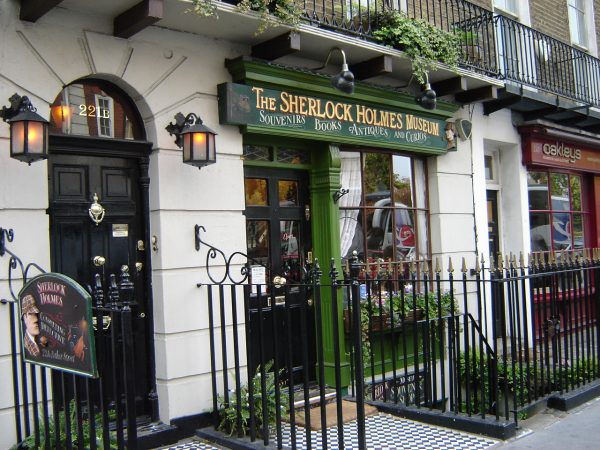 5. The Bookstores On Charing Cross Road

Famous around the world for its numerous secondhand and specialty bookstores, Charing Cross Road is an absolutely delightful place to just stroll along and soak up all the bookish glory. 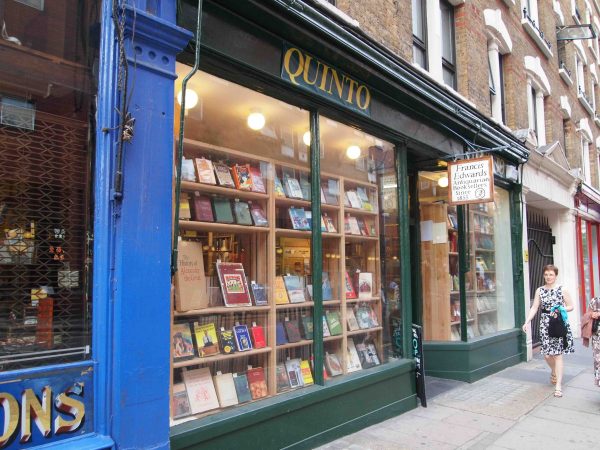 The George Inn is historically famous as the last remaining galleried inn in London, but book lovers revere it because it was frequented by authors like Charles Dickens (supposedly quite fond of the Coffee Room) and Shakespeare. 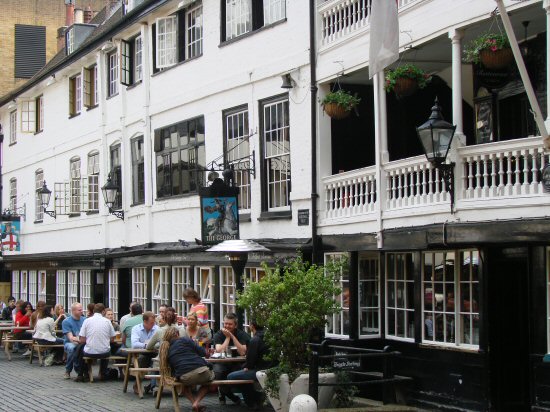 Unique exhibitions, specialty collections, gorgeous reading rooms, literary treasures like the Magna Carta and the music of the Beatles–who wouldn’t want to visit this library? 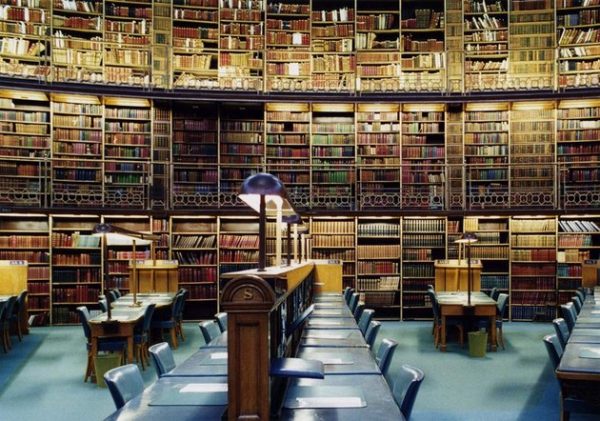 A lovely old pub located in the heart of London, Ye Olde Cheshire Cheese has been frequented by everyone from Mark Twain to Voltaire. Plus, it’s supposed to be almost like visiting the Leaky Cauldron, which only makes it even more tempting to visit… 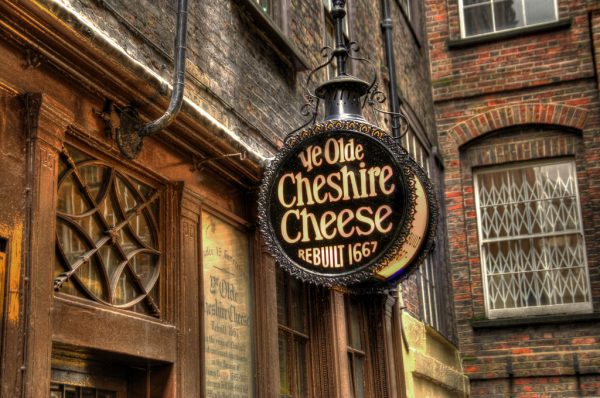 London’s oldest bookshop (established 1797), Hatchards absolutely must be on your itinerary. It’s right next to the British Library (two birds, one stone, right?) and boasts a fantastic array of signed books and first editions. 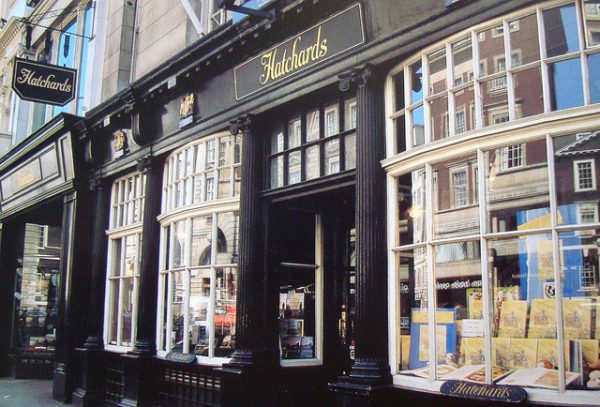