Every year since 1966, we have looked forward to hearing Thurl Ravenscroft‘s deep baritone voice sing, “You’re a Mean One, Mr. Grinch.” It almost wouldn’t feel like Christmas without it. Although the cartoon special came out nine years after the book was published in 1957, it has ignited and maintained the story’s enduring popularity and cemented its position as a Christmas classic.

How does a children’s story like How the Grinch Stole Christmas stay so popular for this long?

We all know a Grinch in our lives: the one who hates listening to Christmas music, the one who complains about decorating the tree, the one who won’t or does begrudgingly participate in the festivities. They may not be hermits or conspire to steal everyone’s stuff, but they can bust out that dramatic, creepy Grinch grimace when they plot mischief. And they can certainly be cranky. 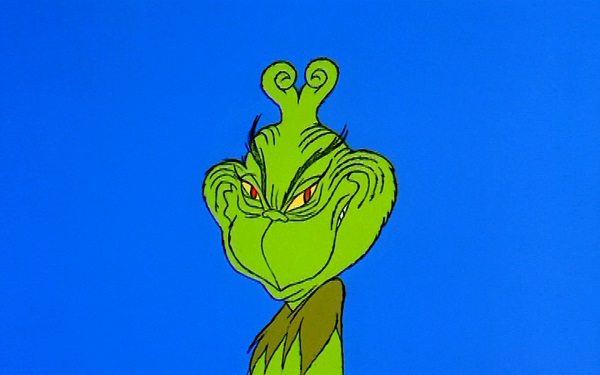 In his own life, Dr. Seuss often related to the Grinch. In an article in 1957 in Redbook Magazine, he revealed that he “saw a Grinch-ish countenance in the mirror.” Writing the Grinch’s story reminded him to see the good in the world and the holidays. In one biography about Dr. Seuss, authors Judith and Neil Morgan say that How the Grinch Stole Christmas was one on Seuss’ favorite books that he had written. 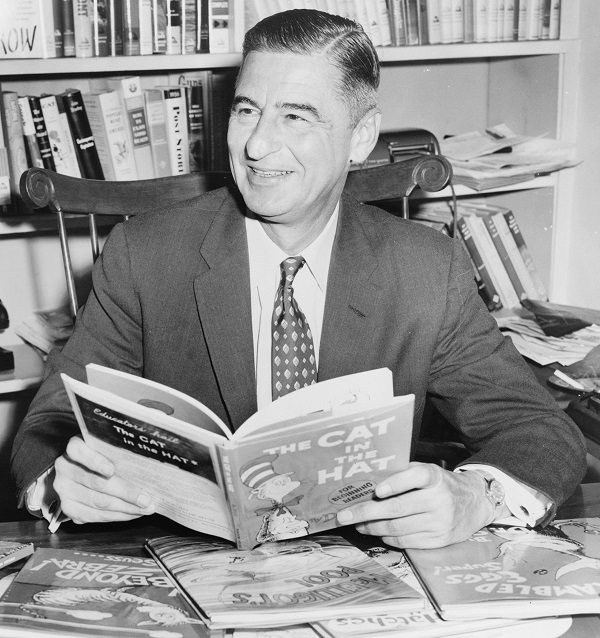 A Whimsical Update On A Christmas Carol

One is set in Victorian England; the other in fictional Whoville. One is a miserly old man, who withholds and takes from the poor through unkind business; the other is a grouchy green “What” (as he is called in the 2000 film), who steals the rare Who roast beast. Scrooge gets his wake up call literally from three ghosts and visions of his past, present, and future. The Grinch robs the Whos but has a change of heart, more than just in size, when he hears them singing happily despite their missing belongings. The books are strikingly different in tone and style. 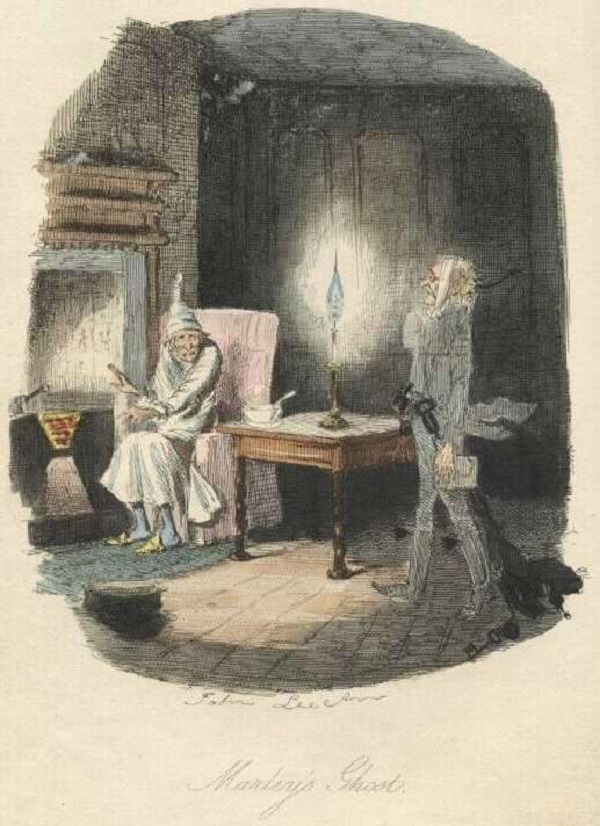 But it doesn’t take much to see that Scrooge and the Grinch are also remarkably similar. They hate Christmas and the traditions that go with it and don’t care if they hurt others, until they have their Christmas awakening. They learn the true meaning of Christmas, and they each have a complete change of heart and become some of the holiday’s most enthusiastic supporters and participants. 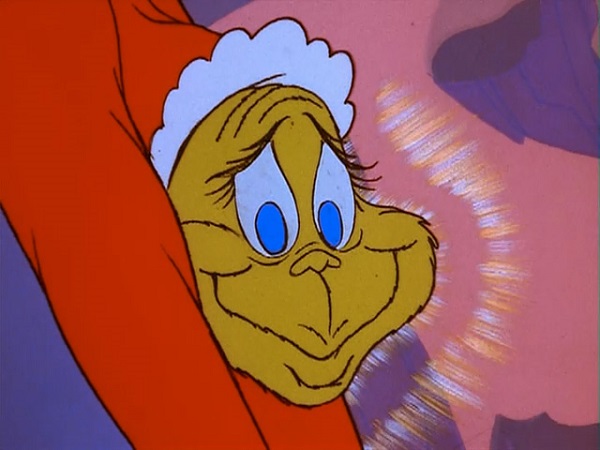 Even in 1957, people got caught up in the commercialization of Christmas. They faced the same issues in 1966, and we face the same issues now. Every year, we need the reminder to focus on family and friends, give to others from the heart, and share food and quality time together. 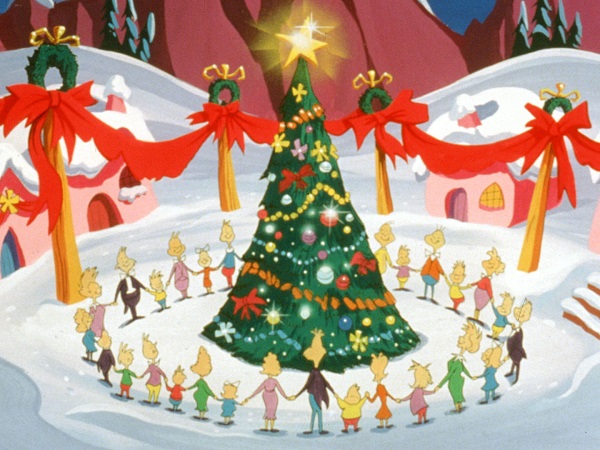 The TV special How the Grinch Stole Christmas came out in a range of years that brought us what are now regarded as Christmas classics. Rudolph, the Red-Nosed Reindeer (1964) and A Charlie Brown Christmas (1965) both preceded the Grinch. Let’s just say those were Christmas goldmine years for children’s specials that we still happily watch as adults. 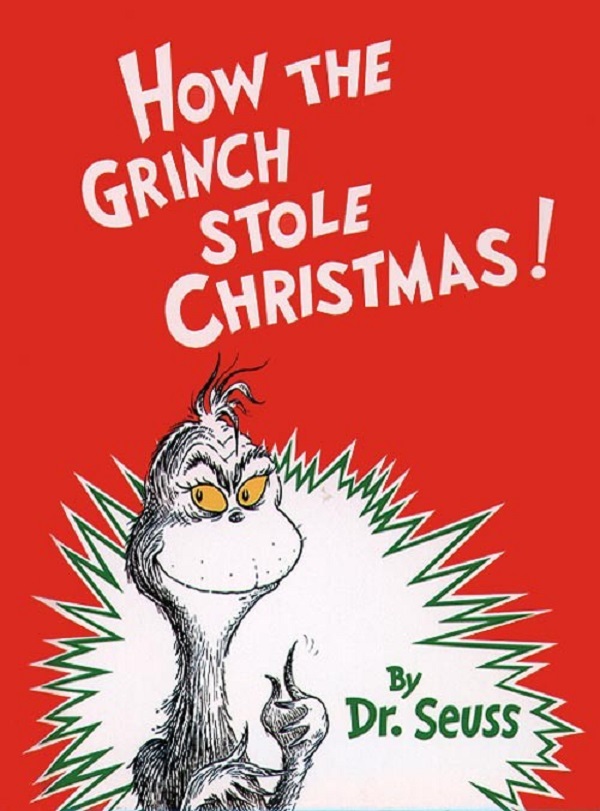 I admit that I love the Jim Carrey adaptation (2000). It is hilarious, adds another layer of complexity with the Grinch’s backstory, and–I can’t say it enough–it’s hilarious!

But there’s something about that deep voice, that green face when he does his creepy smile, the way the Grinch literally “slithered and slunk“ on the floor, Max’s pitiful face as he trudges up the mountain, and the Grinch’s heart busting through the X-ray panel. This story has clever, endearing adaptations to ensure its popularity. The 1966 special has made the Grinch’s story a permanent part of Christmas. 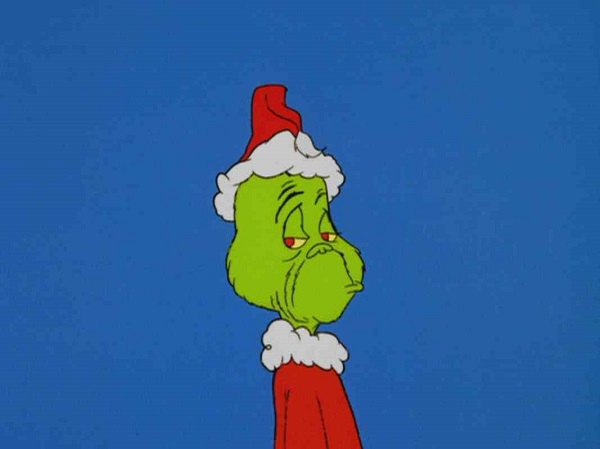 What is your favorite part of the 1966 How the Grinch Stole Christmas special?