On Friday, December 3, 1926, Agatha Christie went missing. It’s one of the biggest unsolved mysteries of literary history, and a tale so perfect that it could have been penned by Christie herself.

Agatha Christie was at the height of her career. She was a household name and her newest release, The Murder of Roger Ackroyd, was selling well. Her personal life was less then perfect. Her husband, Archie Christie, was having an affair with a woman named Nancy Neele. The Christies recently fought over Archie’s announcement that he would be spending the weekend with his lover.

On the night of her disappearance, Agatha Christie went upstairs to kiss her seven year old daughter, Rosalind, goodnight and left a note for her secretary saying she was going on vacation in Yorkshire. She then got in her car, a Morris Cowley, and disappeared.

Her disappearance caused a public outcry and launched one of the largest manhunts in the country with over a thousand policemen and hundreds of civilian volunteers. For the first time, planes were used in the search. On top of that, fellow authors Sir Arthur Conan Doyle (The Adventures of Sherlock Holmes) and Dorothy L. Sayers (Lord Peter Wimsey novels) were pulled into the search for their specialist knowledge. A known occultist, Doyle sought the help of the paranormal and gave one of Christie’s gloves to a medium. This did not aide in Christie’s recovery.

Christie’s car was very quickly discovered on a steep slope at Newlands Corner near Guildford. A bag of clothes and an expired drivers licence were found inside. The car headlights were left on and the hood was up but there was no evidence of an accident. Christie was nowhere where to be found. 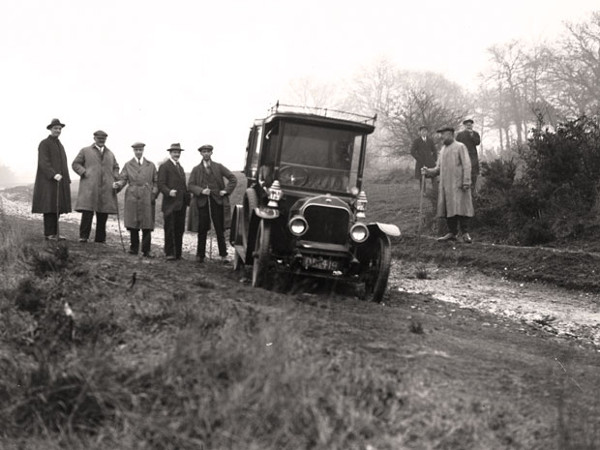 A day went by, then two, and three. The press were having a field day reporting the disappearance. There was speculation that it was all just a publicity stunt and a ruse in order to increase book sales. The theories became darker as the days went on with no sign of Christie. It was thought that she was murdered by her husband. Also, there was a natural spring near where her car was abandoned called “Silent Pool.” Supposedly, two children died there and it was thought that Christie may have drowned herself. No body was found and many thought suicide unlikely in light of her blooming professional career.

Agatha Christie was not found until December 14, 11 days later. She was recognized in Harrogate in the Swan Hydropathic Hotel. The hotel’s banjo player, Bob Tappin, called the police who subsequently alerted her husband. When Archie Christie came to collect her, she was in no hurry to leave and made him wait in the lobby while she changed into her evening dress.

There is little known about what transpired in those 11 days. She had avoided detection for so long by living under the assumed name of Theresa Neele, the same last name as her husband’s mistress. However, Christie was unable to give further details of what happened.

Public opinion at the time was mostly negative with most assuming that Christie pulled the stunt to frame her husband and his mistress for murder. 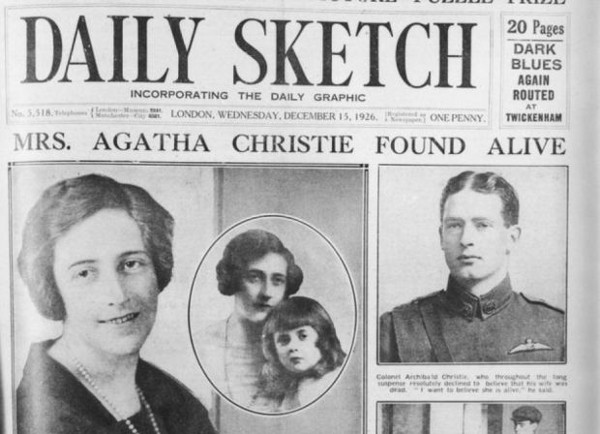 Christie was diagnosed with amnesia. Over the course of her life she didn’t speak of those 11 days and it did not come up in her autobiography. Biographer Andrew Norman put forward that Agatha Christie may have been in a fugue state; a psychogenic trance that can be brought on by trauma or depression. It was known that Christie was depressed from overwork and her broken marriage was not helping. A fugue state also explains her adopting a new persona and being unable to recognize herself in pictures. Norman believes that she may have been suicidal.

This theory matches well with Christie’s own excuse of how she ended up at the hotel. She claimed to have received a blow to the head and “For 24 hours I wandered in a dream, and then found myself in Harrogate as a well-contented and perfectly happy woman who believed she had just come from South Africa.”

After the incident, Agatha Christie made a full recovery and later divorced her husband. Archie married his mistress and Agatha went on to marry distinguished archaeologist Sir Max Mallowan. Agatha Christie continued to have a strong writing career, having written 73 novels and other works by the time of her death in 1976.

What do you think happened to Agatha Christie?