Ancient holy scripts have a way of inspiring reverence. Admiration and appreciation is evoked when looking at the old, yellowed pages that can only be handled by experts. There are stories sparked in the imagination when looking at the unrecognizable writing from the past. The M. Sackler Gallery of The Smithsonian currently boasts the “The Art of the Qur’an” exhibition where viewers find the perfect place to explore these feelings of awe. 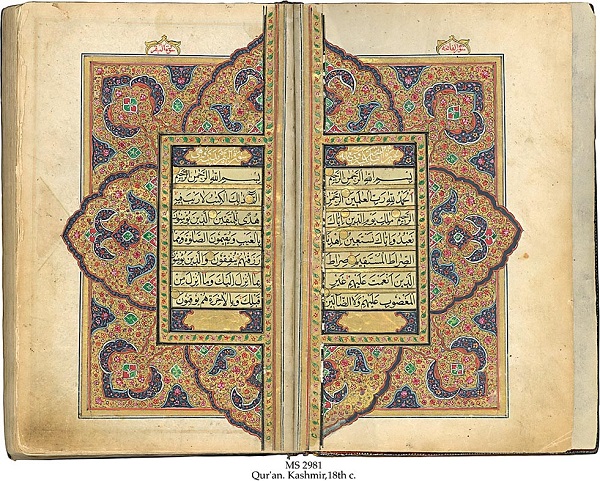 These centuries-old scripts were painstakingly copied, letter by letter. Some were done by important people like the Vizier, also known as Prime Minister, of the Ottoman Empire, but most of the creators are unknown.

Copying, letter by letter, these large holy scripts is work that takes a lot of concentration. “Somebody spent a lot of time, probably years, to complete this manuscript,” reflects Massumeh Farhad, the curator of the exhibit.

It would be a mystery worth solving if any of the texts on display were copied to perfection. As it is, the mistakes found make them feel more human. “God is infallible, but humans aren’t,” Frahad says about the mistakes. There are blunders like omissions of verses, or copying the wrong word. The diligent creators found a way around these mistakes, though, like using an eyelash looking symbol that functions as an asterisk, or painting over the mistake with gold. Farhad refers to it as “the gold white out.”

While antiquated calligraphy can be appreciated on the nearly sixty Qur’ans in the display, the exhibition brings to light the intricate and beautiful artwork in the manuscripts. 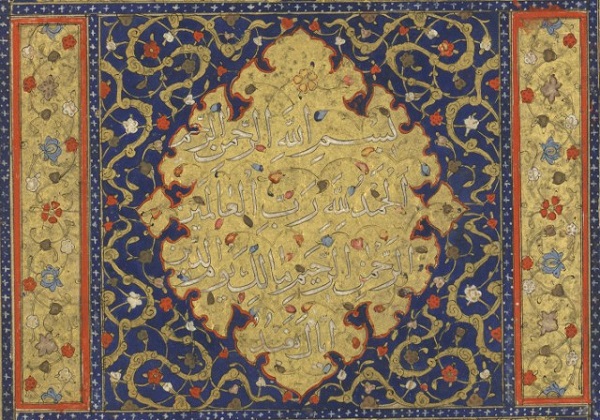 The manuscripts selected for the gallery were clearly made for public display. The mesmerizing art isn’t the only clue that these texts were meant for viewing only. Some of the books weigh 150 pounds. No one was ever meant to take any of these out for everyday reading. In the past, these texts were, however, exchanged as gifts among rulers or given to noblemen as rewards. They were prized possessions of the politically powerful.

“The Art of the Qu’ran” is the first exhibition of its kind in the United States. It celebrates not only these beautiful texts, but a rich history of Turkish and Islamic arts.