On December 4, 1791, the first edition of The Observer was printed in Britain. It was the first and remains the longest running Sunday paper in the world. It has covered stories such as the death of Mozart, royal births, the American Civil War, the beginning and endings of both World Wars, the Great Depression, numerous financial scandals and business mergers, global warming, and endless other groundbreaking events. Today, the paper averages $221,305 in daily sales. 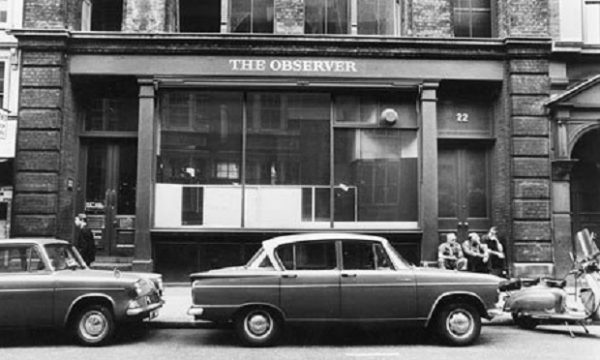 Its founder, W.S. Bourne, expected to quickly rise to riches. Unfortunately, Bourne found himself £1,600 (the equivalent of about $50,000 today) in debt within three short years. Although his original claim was that the paper would be “Unbiased by Prejudice – Uninfluenced by Party…[and one] Whose Principal is Independence,” his increasing debt problems spurred Bourne to attempt selling the paper to the government. The offer was initially rejected, but a ‘you scratch my back and I’ll scratch yours’ agreement was eventually reached; the government would subsidize the paper and would be given control over the editorial content.

In fact, in 1819 about 10,000 of the 23,000 weekly distributed Observer copies were given away to lawyers, doctors, and other prominent business men – no doubt a move that was directly tied to the government subsidies the paper was still receiving.

Some of The Observer’s most notable editors include Rachel Beer, James Louis Garvin, and David Astor. Although readership took a dip during her time at the helm, Rachel Beer oversaw the exclusive story regarding the “Dreyfus affair”; Alfred Dreyfus was imprisoned in 1894 for sharing French military secrets with the German Embassy in Paris, and The Observer’s exclusive story revealed that Count Esterhazy had forged the letters that condemned Dreyfus. This led to the officer’s release and pardon, as well as a court martial for Esterhazy. 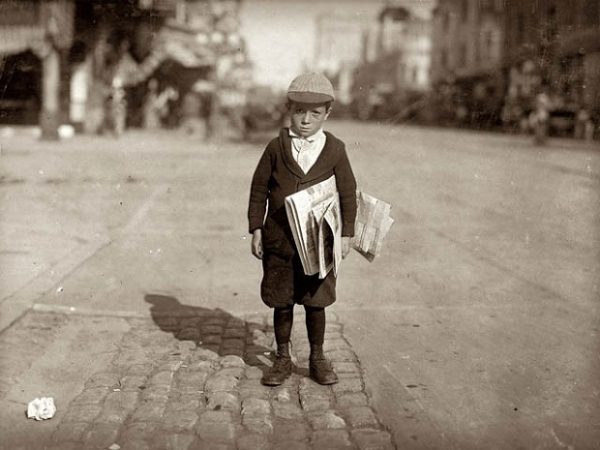 Although it is said that Garvin edited the paper by communicating via a direct phone line from his luxurious home and the newspaper office, it was under his watch that readership went from 5,000 to 40,000 in just a year. Circulation eventually reached 200,000, no doubt due in great part to Garvin’s independent Tory views and political criticism that were evident in the paper’s content.

David Astor held the editor’s office for 27 years, during which time the paper changed to a trust-owned business. He was a passionate man, advocating for policy changes in both the government and big business worlds, fighting against human rights violations among black Africans, and eventually helping to found Amnesty International. Although, the paper’s revenues took a hit when Astor accused the Prime Minister of lying to the public about the Suez Crisis, (he was eventually proven right).

Some of The Observer’s most famous writers include George Orwell, Conor Cruise O’Brien, and Kim Philby. Orwell became a famous novelist and O’Brien was an Irish parliamentarian. In 1963 it was discovered that Philby was a double agent, working for both British Intelligence and as a KGB operative.

Ownership of The Observer traded hands fairly often, with owners who ranged from wealthy aristocrats to newspaper magnates and, eventually, international media groups. It is currently owned by The Guardian Media Group, which also publishes London’s famous Guardian newspaper. 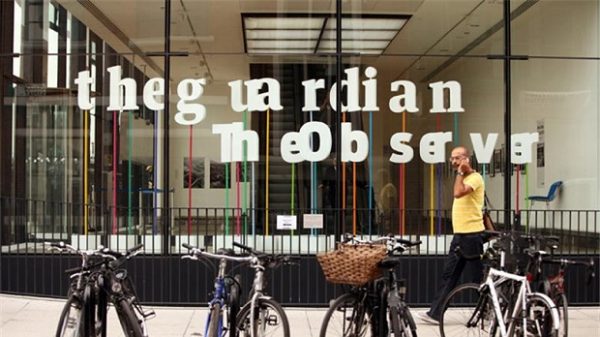 The Observer has seen its share of ups and downs, and like any paper, has both delighted and exasperated its readers. It has recorded the world’s brightest and darkest moments, all while maintaining a reputation for honesty and reliability.

May The Observer’s legacy continue for many years to come!