Fantasy, it has it’s known tropes: A magical world; someone trying to hide their powers; an arranged marriage; political uncertainty inspired by history; an underdog character who teams up with someone who knows what they’re doing; and people falling in love with the wrong people. Audrey Coulthurst’s Of Fire and Stars follows all of these tropes, while also adding a new element into the mix. What if you were betrothed to a handsome prince, but you fell in love with someone else? Still sounds familiar, right? But what if a princess ended up falling in love with her intended’s sister? That’s where Of Fire and Stars adds something new to the table.

Coulthurst’s world building is wonderful. She drops you (and one of our protagonists, Dennaleia) into a land where magic can get you killed, and she paints the picture vividly. Denna has been trying to hide her affinity for fire for years, but it becomes a life or death game when she heads over to Mynaria to marry the prince. 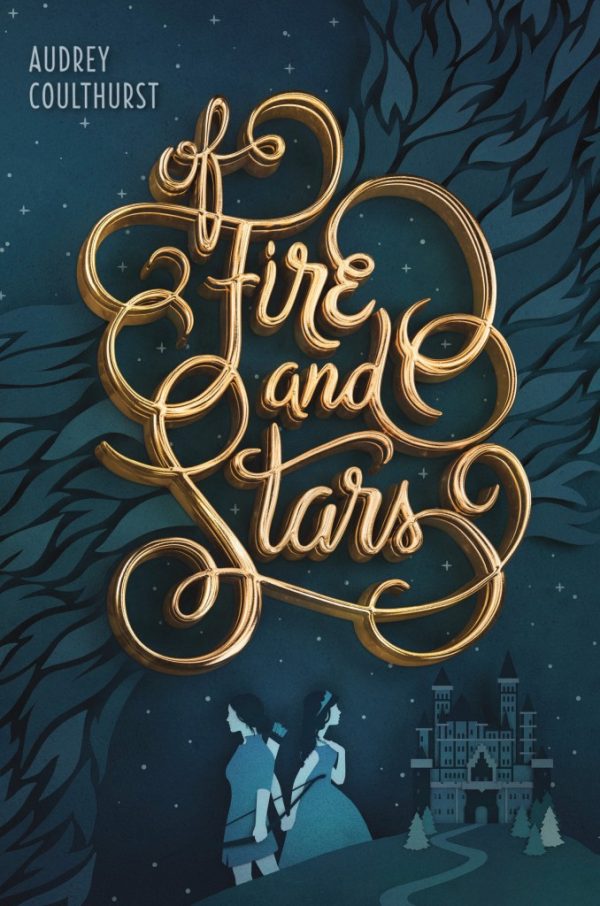 But it’s not just keeping her powers a secret that Denna has to deal with. When she’s forced into riding lessons with Mynaria’s princess, Amaranthine, she also has to deal with Mare. What starts out as a a relationship forced on the girls turns into something more as they’re forced into working together to save what is to be Denna’s future kingdom.

The slow burn romance between Denna and Mare is an interesting one. Not only because it’s between two princesses, but because it stems between two characters who couldn’t be more different. I will say that when they switch from friends to lovers that the relationship gets very intense really quickly, and sadly the pacing seemed a bit off to me. That being said, this book is something the YA world hasn’t seen much of before, and I think that’s important.

So far, there isn’t any word as to if there will be more books set in the world of Of Fire and Stars, but I would like to see at least one more book. I feel like Coulthurst’s story is just getting started, and since most of Of Fire and Stars plays out in the halls of the castle, I’d like to see what happens when you take Denna and Mare out of a controlled environment.

Here are some more YA fantasy picks: