1. To Kill A Mockingbird by Harper Lee: Boo Radley and Scout Finch

A reclusive man and a precocious six-year-old girl are certainly an odd pair of friends, especially given that one of them never actually sees the other until the very end of the novel (and may very well never see him again). But its strangeness doesn’t make the friendship that arises between Boo Radley and Scout Finch any less real or meaningful. Although originally afraid of Boo— a solitary man who never ventures outside and is the subject of disturbing rumors— Scout begins to rethink her opinion of him when he starts leaving presents for her and her brother at the tree where they play. Not until the end of the novel, though, when he saves them from a violent attack, does Scout understand the depth of Boo’s affection for her and her brother and finds herself able to finally reciprocate his friendship. Scout and Boo spend only a short time in each other’s company and most of that is spent in silence. But the sweet, quiet scene where Scout walks Boo home is one of the most moving depictions of deep, abiding friendship in all of literature. 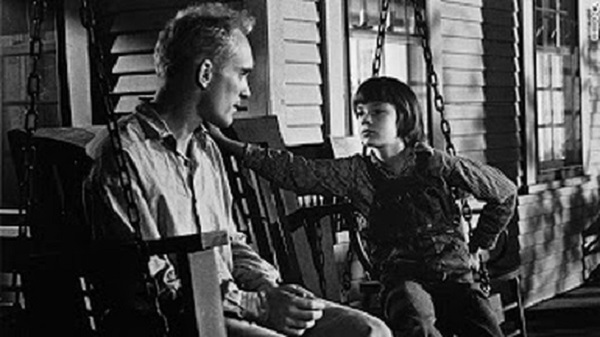 Given the, shall we say, somewhat icy relationship their dads had at school one might expect these two boys to avoid each other at all costs. One would expect wrong. From the moment they share a train carriage on their first journey to Hogwarts, Albus Potter and Scorpius Malfoy are inseparable. The boys quickly become each other’s best and only friend, helping each other deal with the taunts of schoolmates, the death of a parent, their complicated relationships with their fathers, and a hair-brained time traveling scheme. Their affection for each other is genuinely touching and (for me, at any rate) this sweet, devoted friendship is one of the few enjoyable parts of Cursed Child. 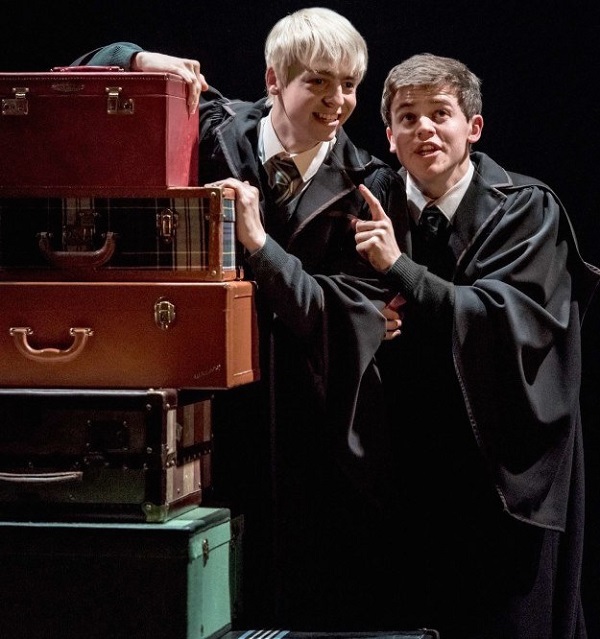 If asked “What two types of animals do you think would be most likely to befriend each other?” most people would probably not say “a pig and a spider.” One is an adorable and (let’s face it) delicious four-legged farm animal, while the other is an eight-legged creepy-crawly that sends most of us into an irrational panic. They’re not even in the same phylum, for goodness’ sakes! But despite having just about nothing in common, Wilbur the pig and Charlotte the spider forge a fast friendship that surpasses both size and species. Charlotte saves Wilbur from the slaughterhouse; in turn, Wilbur guards his friend’s egg sac after her passing and adopts her daughters. No matter how much you hate spiders (or enjoy a good slab of bacon), it’s hard not to love the bond that develops between these two unlikely friends. 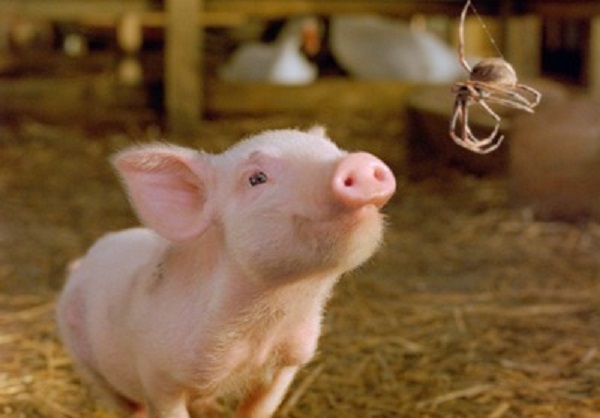 4. About A Boy by Nick Hornby: Marcus Brewer and Will Freeman

Marcus is an awkward twelve-year-old, bullied at school and worried about his suicidally depressed single mother. Will is a wealthy, self-absorbed man-child whose hobbies include drugs, womanizing, and being perpetually cool. It’s hard to imagine a more improbable pair of friends. But when their paths cross unexpectedly, Will —despite his initial reluctance to care about someone other than himself— gradually finds himself warming up to the odd, insightful Marcus. It turns out that the unlikely duo actually has a lot to teach one another about life, love, and pop culture. The result is a warm and funny depiction of the power of friendship to change us for the better.

5. The Lord of the Rings by J.R.R. Tolkien: Legolas and Gimli

Although both selected to be part of the Fellowship of the Ring, Legolas and Gimli are predisposed to dislike each other. After all, Legolas is an elf while Gimli is a dwarf, and the two races have a long history of bad blood. There’s also the fact that Legolas’ father once imprisoned Gimli’s, giving them another reason not to get along. But while the two of them initially regard each other with suspicion, their mutual mistrust begins to ebb after the Fellowship’s stay in the elven kingdom of Lorien. By the time they leave Lorien, the two of them are best friends, and their bond only deepens as the story progresses. After the destruction of the Ring, they continue to travel Middle Earth together, and when Legolas finally departs for Valinor, Gimli accompanies him, something that is pretty much unheard of. Watching these two go from wanting to kill each other to being willing to die for each other (while still competing to see who can kill the most orcs) is one of my favorite things about Tolkien’s work and definitely makes this one of the most memorable literary bromances of all time. 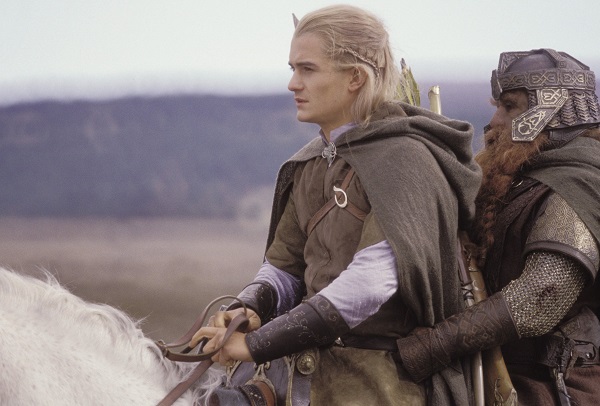 It’s easy to get so caught up in swooning over these two eminently eligible bachelors that you overlook one glaring question, namely: What exactly are these guys doing hanging out with each other in the first place? Really, think about it— on the one hand, you have somber Mr. Darcy, as serious and arrogant as they come. On the other, you have the charming Mr. Bingley, happy, agreeable, and eminently fond of dancing. We’re told that Darcy is Bingley’s oldest friend, but exactly how this friendship came to be is anybody’s guess. And yet somehow, someway, the whole thing works. Despite their diametrically opposed personalities, the two men share a close friendship, sticking with each other through thick and thin and even weathering a rough patch caused by Darcy’s interference in Bingley’s love life. It’s an odd friendship to be sure, but a strong one, and at the end of the day, having someone to go grouse shooting with so you can escape your shared mother-in-law is what it’s all about. 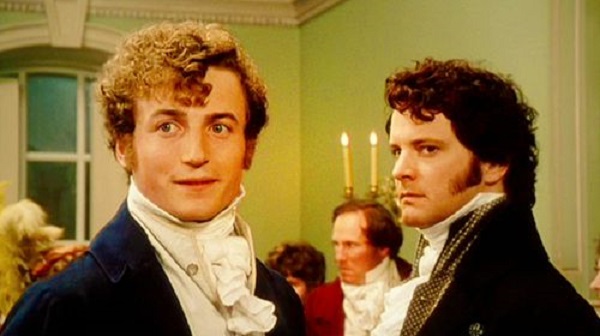 Source: I Capture The Period Pieces

7. A Man Called Ove by Fredrik Backman: Ove and…Well, Everybody

The titular character in Fredrik Backman’s A Man Called Ove is the curmudgeonliest curmudgeon you’ll ever meet. Cranky, irritable, and with a perpetual scowl, Ove wants nothing more than to be left alone. But when a new family moves in across the street (backing over Ove’s mailbox in the process), he finds himself suddenly being drawn not only into their life, but into the lives of a host of other people as well. Against all odds (and his own will) Ove begins to form connections with those around him, ranging from his pregnant neighbor and her two rambunctious children to a lovesick teenager, a gay barista, and a stray cat. By the end of the novel, the grumpiest man on earth has surprised everyone— including himself— with both the depth and number of his newfound friendships. It’s a sweet, charming reminder that first impressions aren’t always right and that friendship can be found in the oddest, and even the most bad-tempered of places. 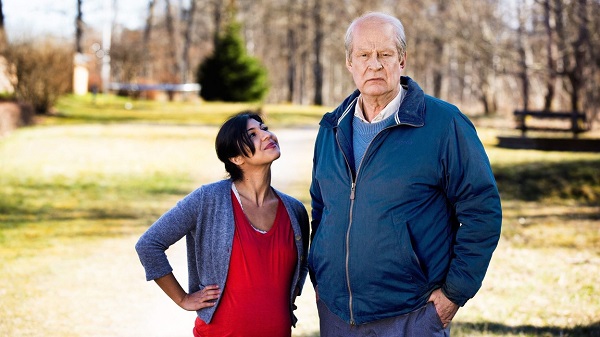 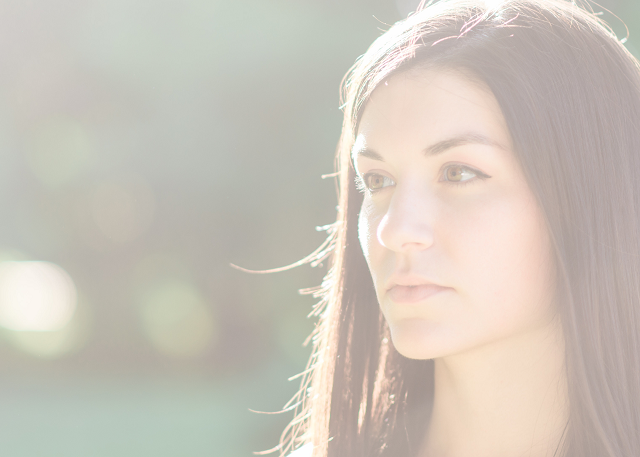