Christmas is coming up faster than most of us can keep up. This massive global holiday is celebrated in many different ways around the world. We are all too familiar with the classic Christmas stories of Santa and his reindeers dashing through a snowy winter’s night, warm fireplaces and tobogganing kids outside. But many people want to experience a warm Christmas for a change and what better place than the land Down Under?

Christmas From The Eyes Of An Aussie

I’m a second generation Australian and I must warn you, what you are about to read about Christmas in Australia may shock and amuse you.

Growing up in the sun-kissed country of Straya, celebrating Christmas as a child, like any other child around the world, is one of the most bloody awesome and fun years of a little tacka’s life. Every family has their traditions, whether celebrating with a traditional Christmas dinner of turkey and ham with roast veggies and a steamed pud for dessert, hittin’ your nearest city for the Christmas pageant, or snapping a family pic with the fat man in the red suit, Christmas a great time to be shared by all.

Many folks wonder if us Aussie’s celebrate Christmas any different to the rest of the world. Well, yeah we do. Very different, in fact, I’d say flip your Christmas day on it’s head and that’s probably what we’re doing.

If you didn’t already know, Christmas falls in Summer in the land Down Under, and Summers in Australia can get mighty hot! Let me paint the perfect picture of a traditional Aussie family Christmas day for you:

You wake up in the morning, already sweaty at 7:00 a.m. from a night time temp of 25 degrees (Celsius that is, so about 77 degrees Fahrenheit). You rush out to your traditionally decorated plastic tree and see a pile of prezzies with your name on it. You can’t wait any longer so you run into your folks’ room and wake them up. The family gathers around the tree, all practically in their undies, and hand out gifts to one another. There’s no mittens or knitted jumpers from your Nan here. Maybe some new swims, a pair of thongs, (flip flops) and a water pistol though!

After the wrapping paper has been cleaned up you all either head outside and crack a beer by the pool (who cares if it’s only 11:00 a.m.?) or you pack your Esky and head to the bach where you spend the arvo whacking a cricket ball up and down the beach getting burnt to a crisp. Swimming at the beach is a risk every day of the year in Straya ’cause of the pesky bloody sharks that’ll devour you. Sitting under a gum tree to keep out of the scorching sun is a risk too. You don’t want your faced to be ripped off by a drop bear! 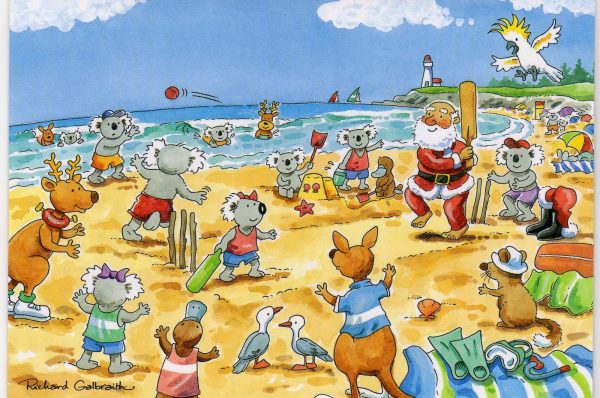 Lunch consists of vegemite sandwiches, fresh summer fruits such as mango, another beer, and snag or two on the barbie. For dinner, all the Dads stand around the barbie, yet again with another beer, cooking up a seafood storm of lobster (crayfish), prawns, and maybe the odd steak or two for a surf ‘n’ turf specialty. Sorry folks, Paul Hogan lied to you all, we Aussies put prawns the size of a small cat on the barbie, not bloody puny shrimp. Dinner is served with salad and finished with a delicious Pavlova. 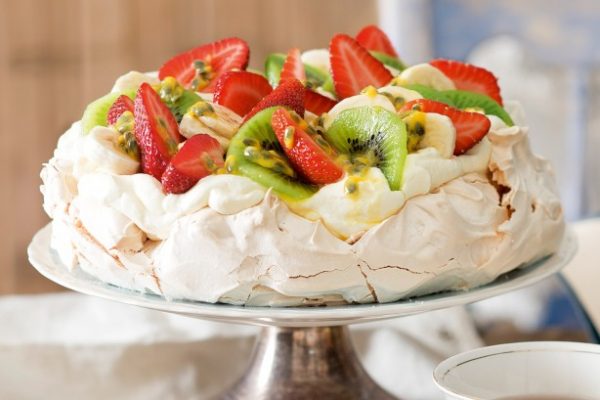 The night ends with another dip in the ocean, if you aren’t afraid of the sharks (most Aussie nutters ain’t, every drongo is used to risking their lives every day from the deadly wildlife ‘ere). A quick check of the kids rooms for a Funnel Web or Red Back, and the little tackas head off to bed tired, sore, with a red hot sun burn and a funny foot tan. The AC is blasted through the night while the ‘rents get plastered! 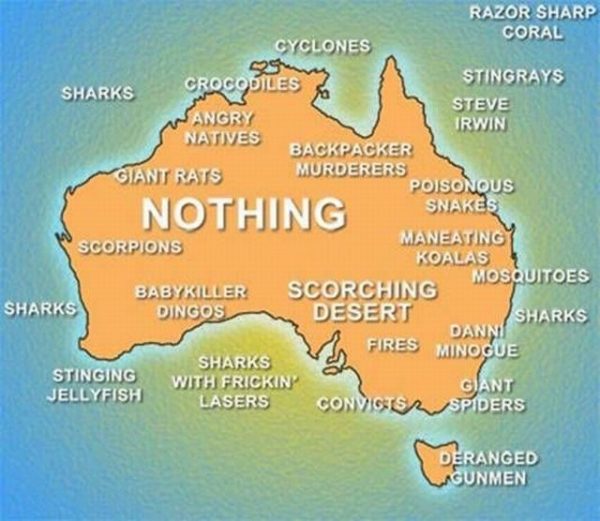 If you’re wanting to catch a glimpse of what an Aussie Christmas is like with your kids this year, why not check out one of these 7 beaut’s?

Mothball the wombat tries to ignore all of the Christmas festivities. Finding a nice cozy place to sleep in Santa’s sleigh, Mothball ends up traveling the world along with Santa on Christmas Eve. After her incredible adventures, she finds herself looking forward to the reindeers’ next visit. 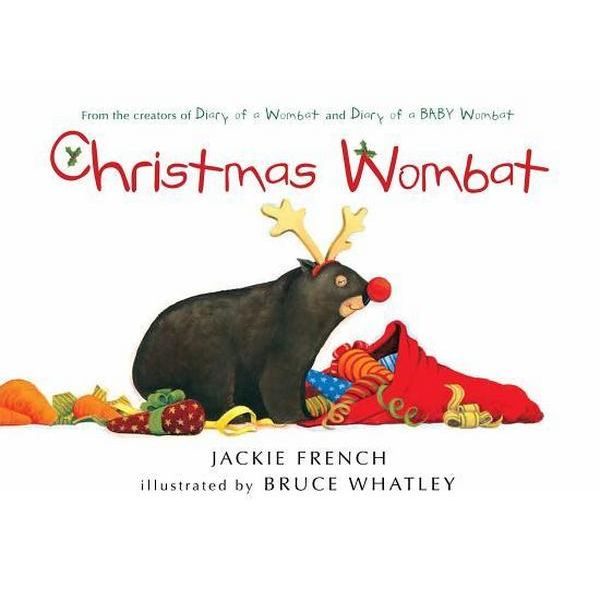 2. The Australian Twelve Days Of Christmas by Heath McKenzie

An Australian version of The Twelve Days of Christmas. This is a sure hit with the kids with a bit of silliness and fun. 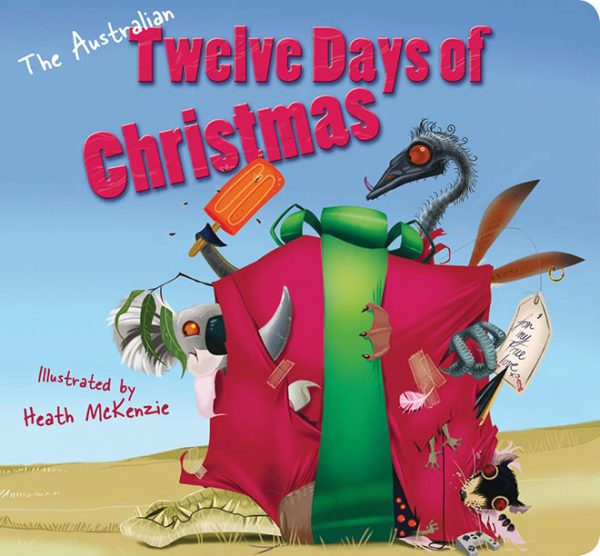 3. An Aussie Day Before Christmas by Kilmeny Niland

Discover how Santa would prepare for Christmas Eve if he lived in Australia. He wears shorts and a singlet, and loads sacks full of presents into his old ute that is pulled by kangaroos. 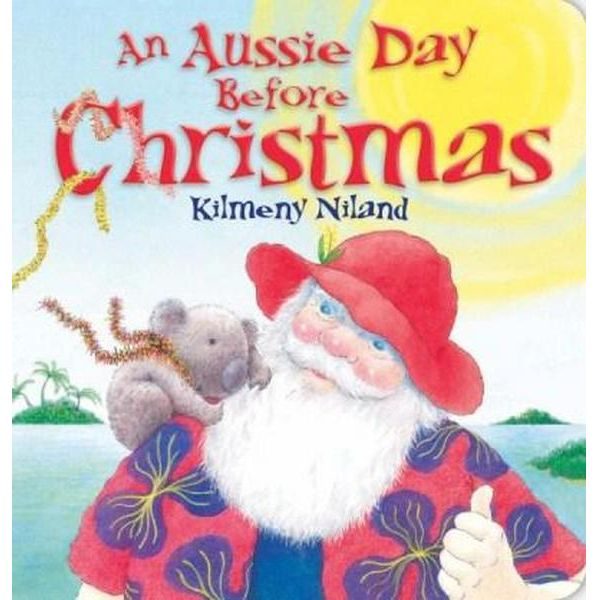 4. An Aussie Night Before Christmas by Yvonne Morrison and Kilmeny Niland

Christmas in Australia means that Santa has to find new ways to deliver his presents. The classic The Night Before Christmas is reversed to suit an Australian Christmas. 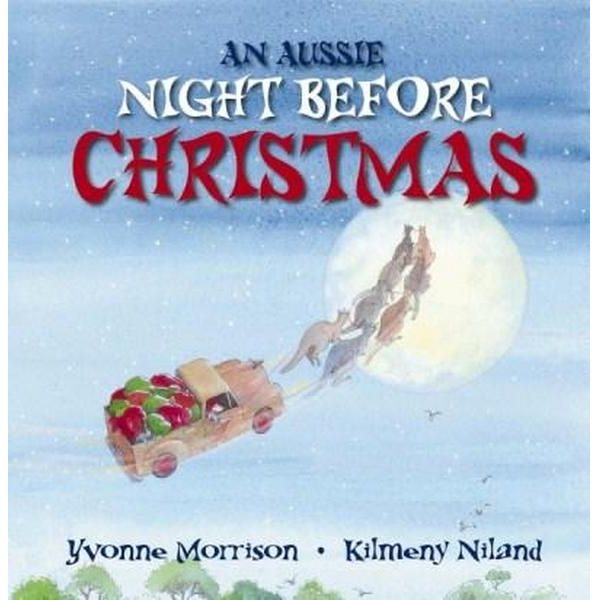 Released in 1960 by one of Australia’s most iconic local celebrities, this is a great song and children’s book representing how different Christmas is in Australia. There is no snow, and reindeers are only ever seen in zoos, so Six White Boomers is set in the blazing sun and reindeers are replaced by kangaroos. 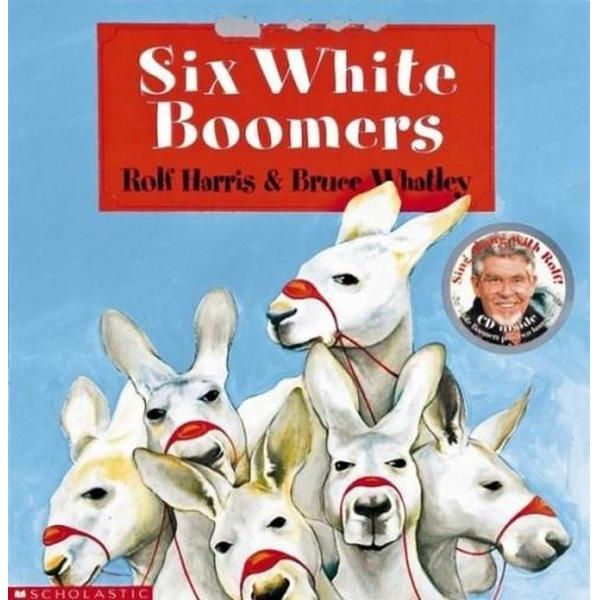 After racing around the world on Christmas, Santa takes a well-deserved holiday in Australia. 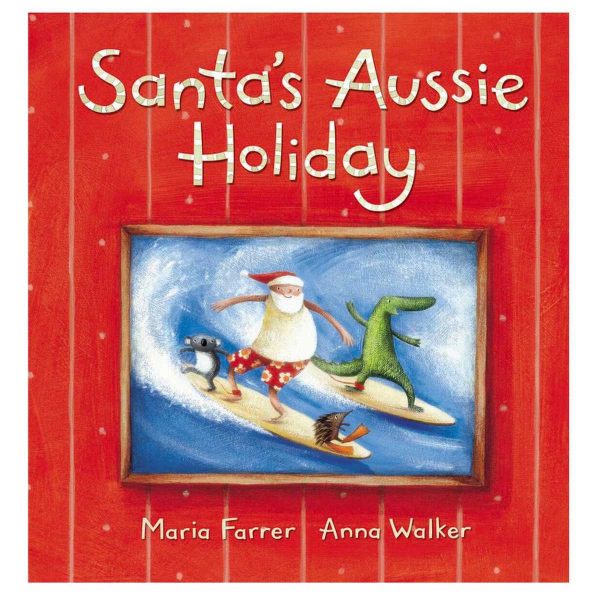 A hilarious re-writing of the classic Jingle Bells. This is a much loved Aussie revised classic. 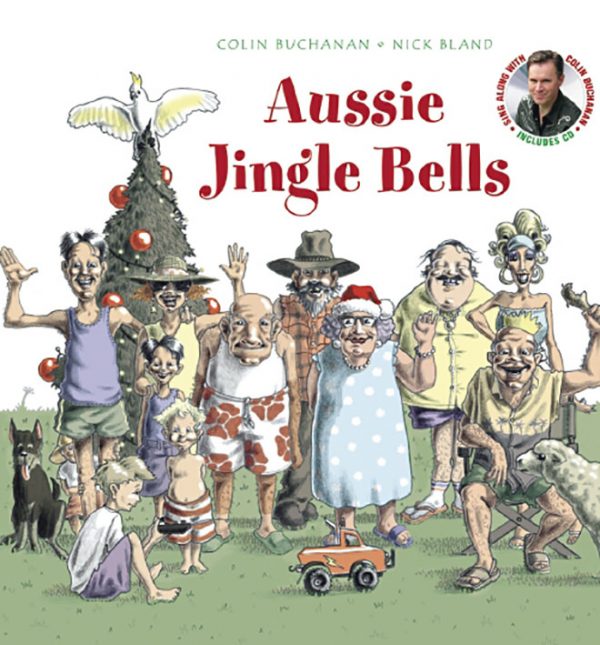 Having lived in Australia my whole life, I’ve experienced my fair share of the Aussie version of such a globally profitable holiday. With story books such as Six White Boomers and my all time favorite, Aussie Jingle Bells, anyone from around the world can catch a glimpse of the topsy-turvy Christmas from Down Under. 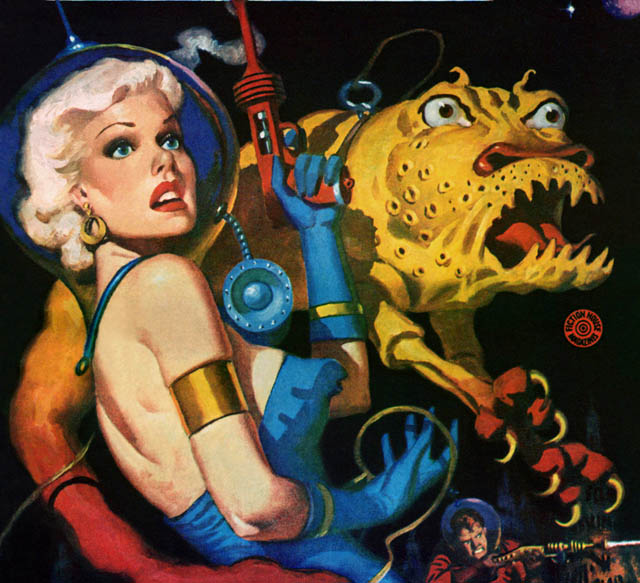