Pack up your bags and crack open that Rosetta Stone lesson set you bought years ago but have yet to actually start, because today is the day you will travel. Today, you will explore the intriguing, amazing corners of Deutschland– otherwise known as Germany.

Alright, maybe we will not travel in the literal sense just yet. First, there are a few books to read and a few guides to purchase before boarding a plane just in time for next year’s Oktoberfest. Specifically, there are 10. So, go ahead and read along, mein Freund.

As far as travel guides go, this is one of the best. It is the dream of every apprehensive yet eager traveler. For one, it includes colorful yet straightforward maps, itineraries with common tourist attractions as well as hole-in-the-wall locations, and information on Germany’s castles and forests, among many, many more features.

Seeing how it is a heavy bit– what with it being 896 pages long– it is recommended to look through it before the actual trip and to highlight the sections you’d be interested in. Remember: nothing screams, ‘TOURIST’ more than a poor sucker frantically looking through an 896-paged travel guide smack in the middle of Münich. 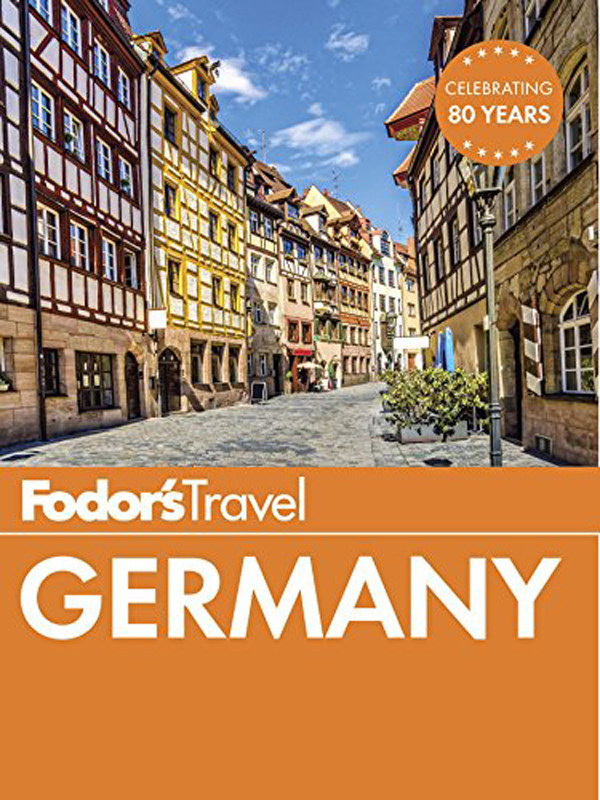 2. Culture Shock! Germany: A Survival Guide to Customs and Etiquette by Richard Lord

Many satisfied readers of German background claim this survival guide is alarmingly accurate when it comes to describing their culture. Of course, considering how its publishing date was in 2008, there definitely may be some updates to consider.

My advice? Read it through. You’ll grasp a very solid idea of German habits and traditions while still keeping an open mind. 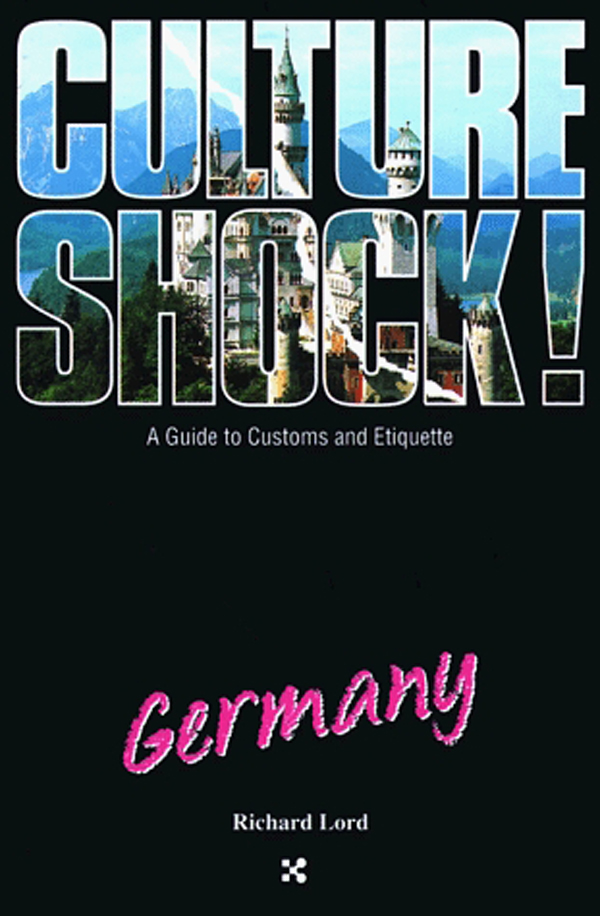 Ah, how is one supposed to walk around in Germany without knowing the language? That’s what this handy dictionary is for.

One of the bright sides about German is that every single letter is pronounced more or less the same way it is written. One of the not-so bright sides is that a single word can be made up of several words when referring to a single item or place.*

*For instance, the word ‘toy’ can be translated to ‘Spielzeug’, which is roughly separated into ‘Spiel’ (game/play), and ‘Zeug’ (thing/object). 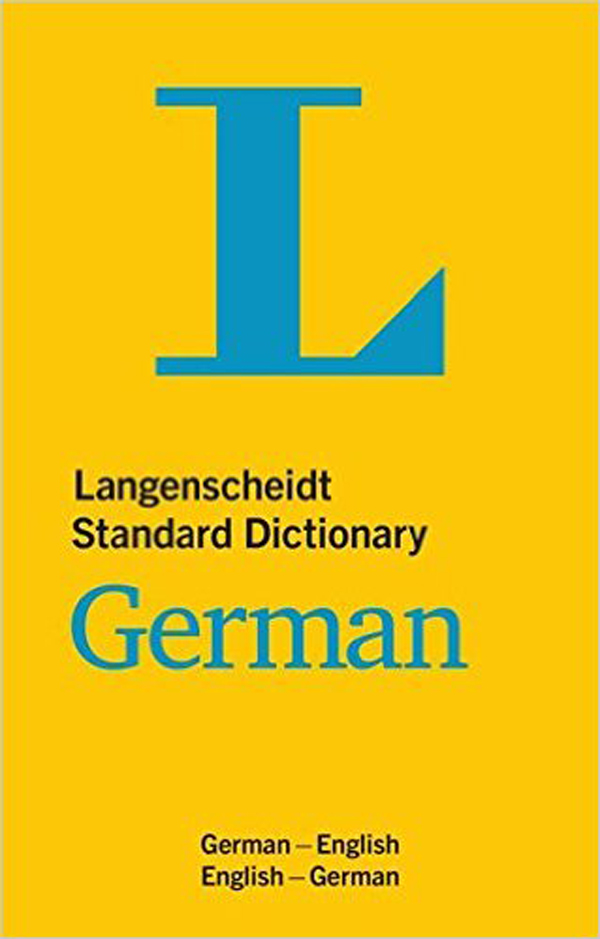 4. Berlin: Portrait of a City Through the Centuries by Rory MacLean

The turbulent history of Berlin begins in the Middle Ages, with the first settlers to step upon the land that would later turn into one of the most fascinating cities in Germany. MacLean’s portrayal of Berlin focuses on how individual people– of various ethnic origins and social classes– changed the course of the city’s past, present, and future. 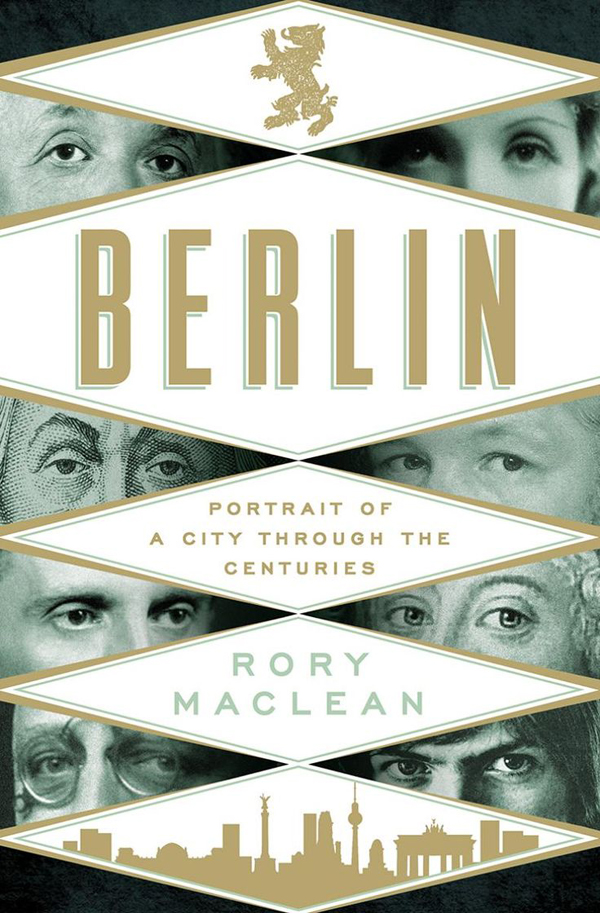 More on the fictional side of the spectrum, Berlin Blues tells the story of a man named Frank Lehmann living in Kreuzberg (a district in Berlin) during the year 1989.

There is a constant hilarious, absurd, sarcastic, highly entertaining voice throughout the novel. Your overall enthusiasm and appreciation for Berlin’s culture and history will escalate after reading this book. 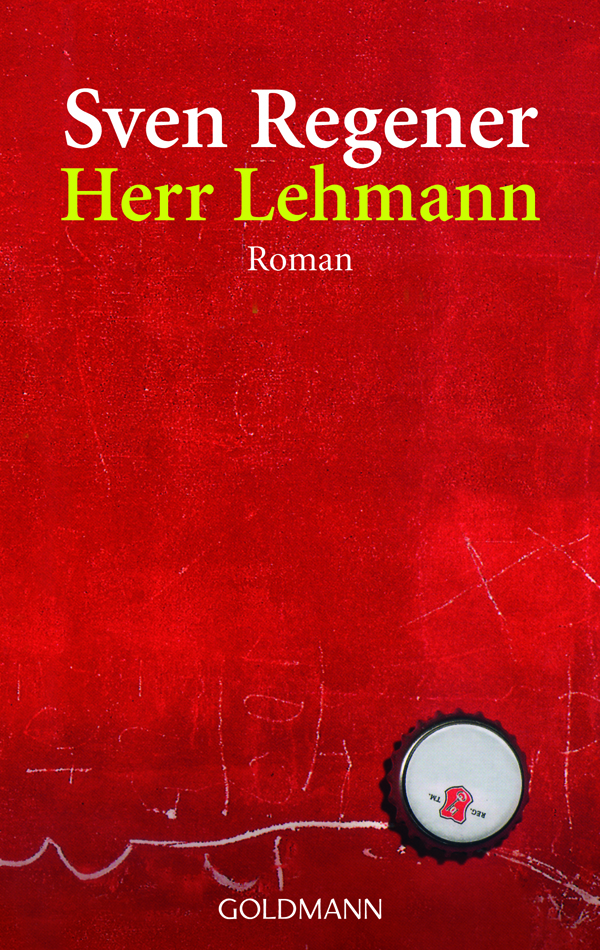 6. Look Who’s Back by Timur Vermes

In a nutshell, Adolf Hitler spent 66 years asleep in a bunker, and he wakes up and resurfaces to a completely changed Germany in the year 2011. People believe that this Hitler is merely a very dedicated impersonator, and he becomes an international sensation.

There already is a movie– which I have yet to see, unfortunately– but I can say with confidence that this satirical novel is worth a read. 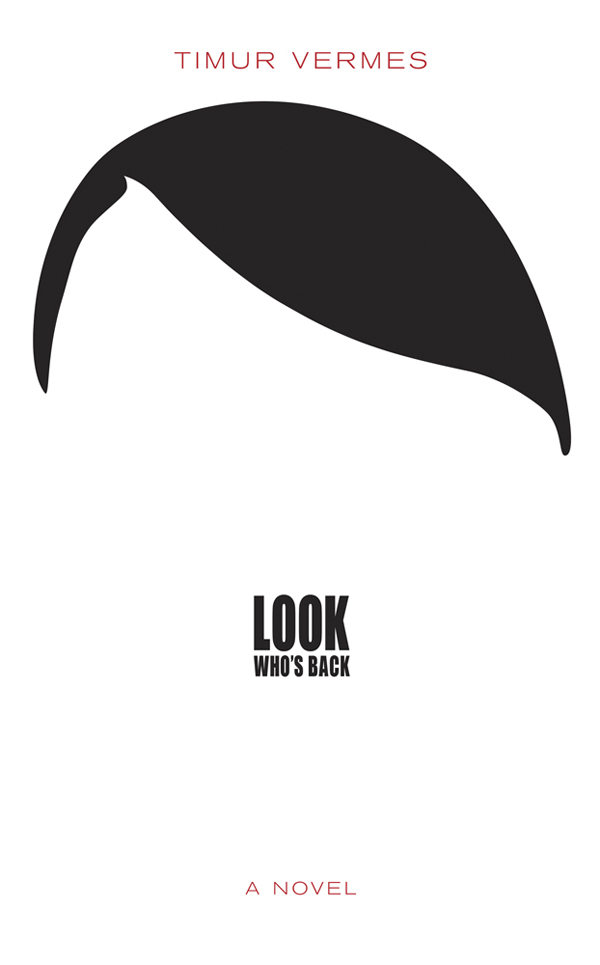 7. All Quiet On the Western Front by Erich Maria Remarque

On a more serious note, for tragedy is also a massive chunk of Germany’s– and Europe, for that matter– history.

An eager young man by the name of Paul Baumer decides to enlist into the German army with his friends during World War I. Their excitement is cut short when they experience first-hand the pure horrors of the trenches, and Paul’s perspective of war becomes more mature as he vows to stand against hatred. 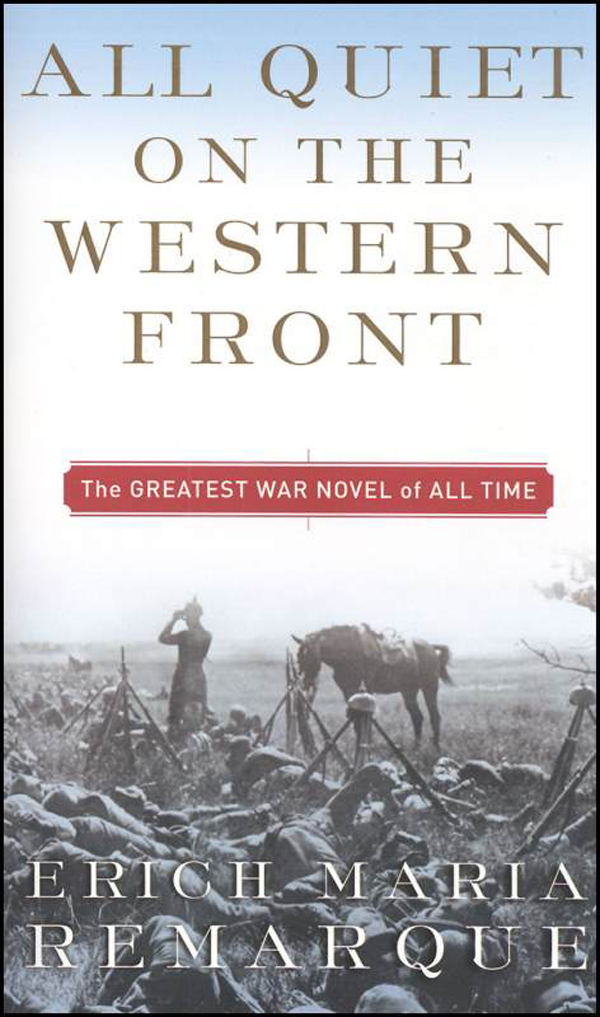 8. Three Men on the Bummel by Jerome K. Jerome

The sequel to Three Men in a Boat, this fun novel is centered around three British men who attempt to go on a Victorian cycling trip through the Black Forest in Germany and encounter a series of comedic misadventures.

Whether it is because of the language barrier or different social customs, our three protagonists and their struggles make for an excellent, lighthearted read. 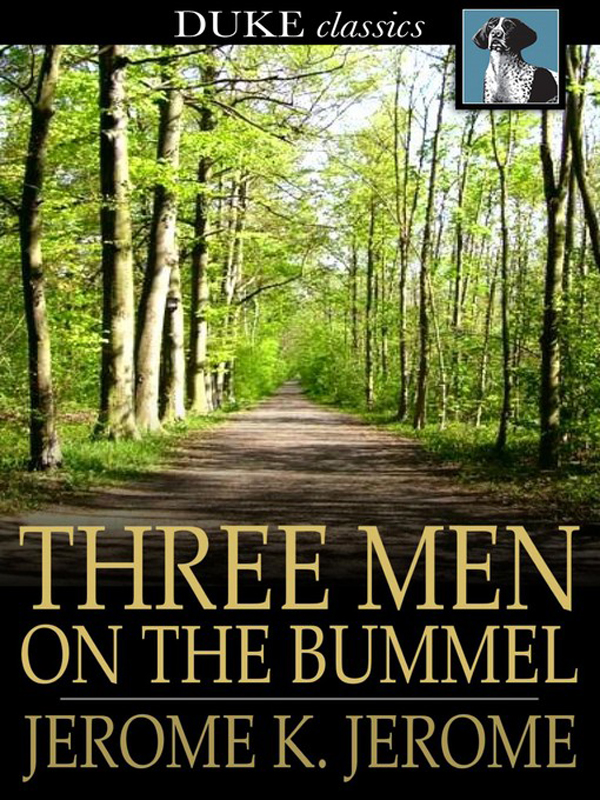 9. The Reader by Bernhard Schlink

In less than 250 pages, there is a surprisingly heavy plot split into three sections of the life of our protagonist, Michael Berg, in postwar Germany.

The first section follows a 15 year-old Michael and his eventual relationship with a woman twice his age named Hanna. After a few years of her disappearing from his life, Hanna reappears in an unexpected way: she is one of the defendants in a trial for a war crime against Jewish women who were locked inside a burning church. 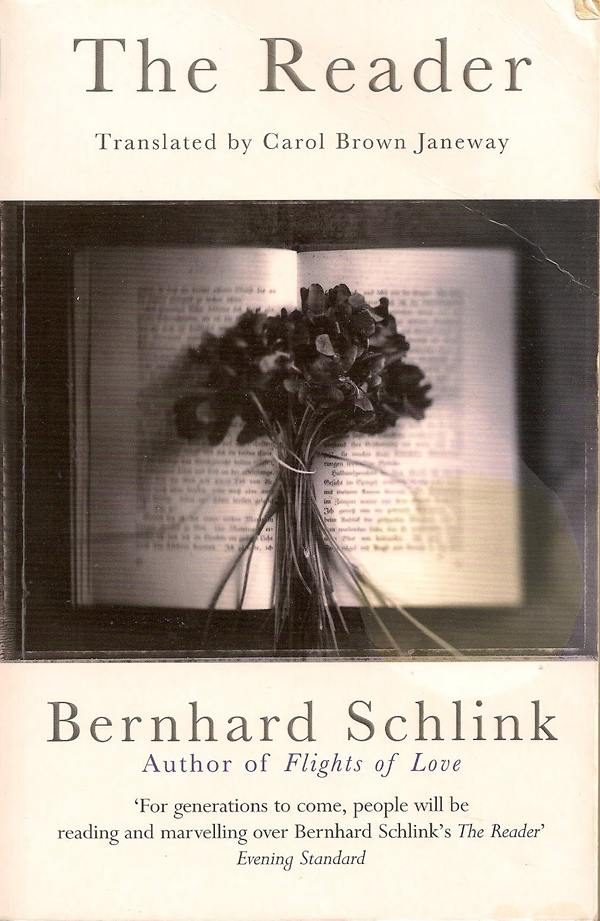 10. The Book Thief by Markus Zusak

Now a movie and a bestseller, The Book Thief takes place in a fictional street in Germany during World War II. Narrated by Death, one gets to know and love the whimsical, individual secondary characters as they follow alongside a young girl named Liesel Meminger.

One of the many reasons as to why this book struck a chord in me was the writing itself. Zusak masters words in such a way that he can describe a sound as a smell, or a color as a flavor, and it does not sound absurd– it sounds absolutely beautiful. 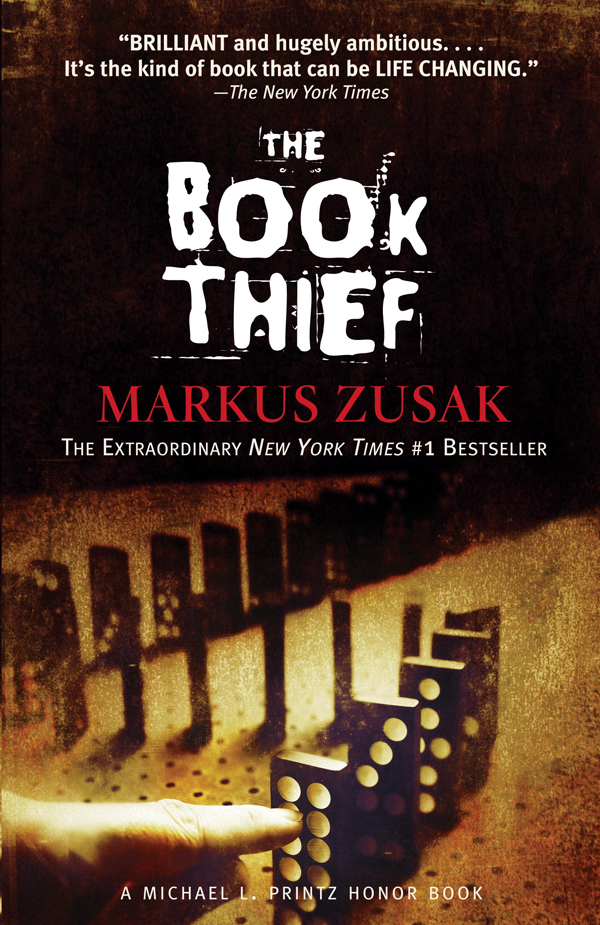 What are you waiting for? Read away! Travel beyond the world of words by packing the book and the guide you liked best, and getting yourself to Germany.