Elizabeth Cady Stanton is one of the greatest heroes of the American feminist movement, but she doesn’t always get the recognition she deserves. This is because she formed one half of a dynamic duo with the great Susan B. Anthony. Stanton was the writer and theorist while Anthony was the strategist and speaker.

Perhaps one of Stanton’s greatest contributions to the feminist movement were calling the 1884 Seneca Falls Convention. There she wrote and presented her Declaration of Sentiments, which she purposely modeled after the Declaration of Independence. She would later become President of the National Woman’s Suffrage Association.

For more than eighty years after her death in 1902, only three biographies were written about this amazing pioneer. Luckily, she is beginning to get the recognition she deserves. Here are five of the best Elizabeth Cady Stanton books.

1. In Her Own Right: The Life of Elizabeth Cady Stanton by Elisabeth Griffith

In Her Own Right is the first comprehensive biography of Elizabeth Cady Stanton, and shockingly it wasn’t published until 1984. This book seeks to restore Stanton to her rightful place in history and emphasizes the importance of female friendship and female role models in the life of one of America’s greatest suffragettes. 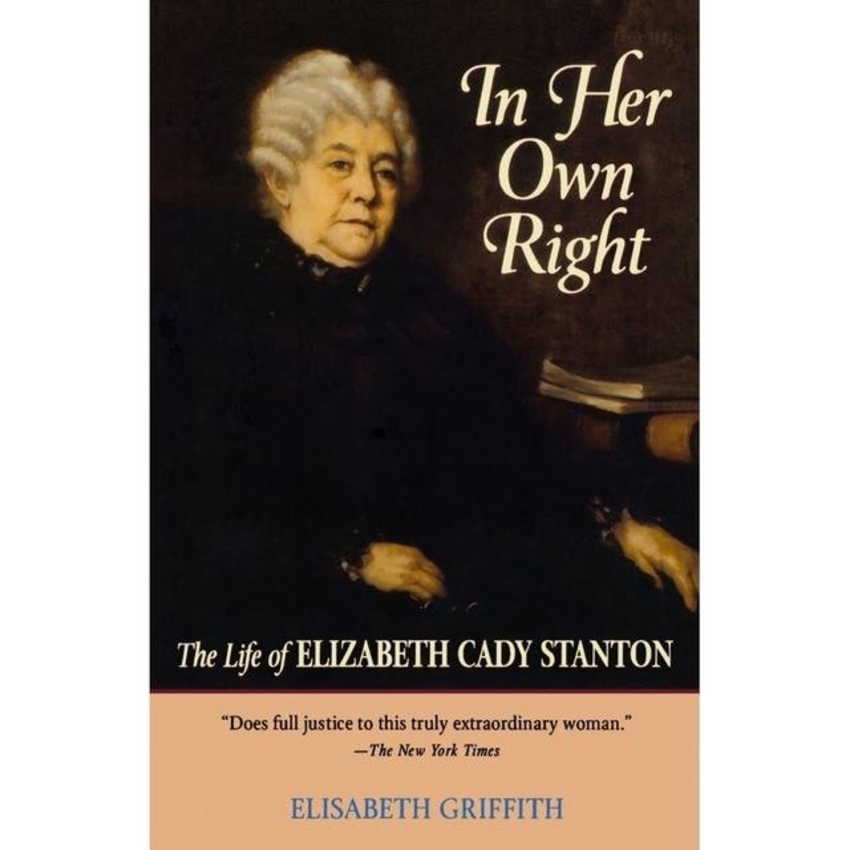 In this biography, Lori D. Ginzberg, like most, discusses some of Stanton’s great accomplishments and revolutionary ideas. However, unlike similar works, Ginzberg goes into greater detail about Stanton’s personality and some of her less popular opinions. According to An American Life Stanton could be your best friend and your worst nightmare, sometimes simultaneously, and much of her writing is tinged with serious elitist sentiment that that may have prevented her from gaining further acclaim. 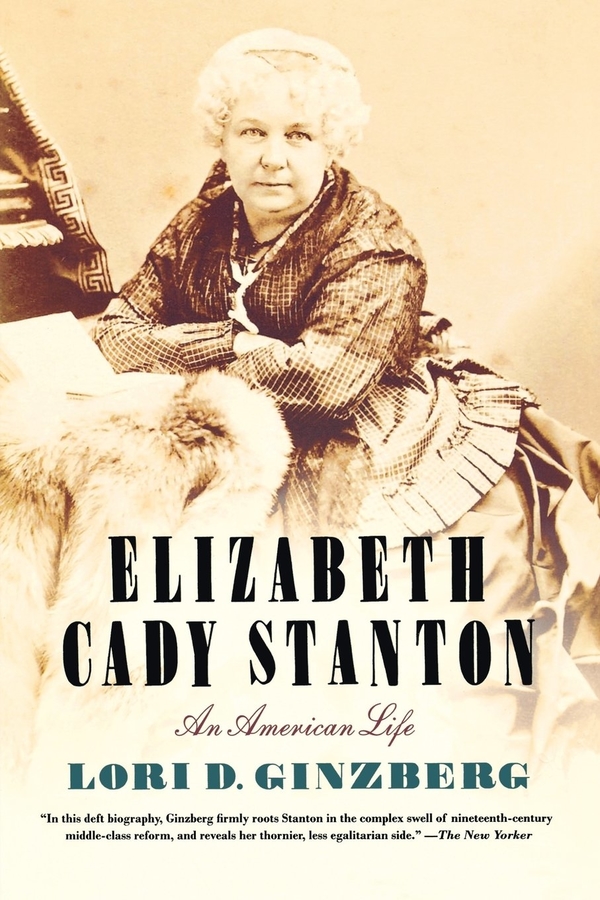 3. Solitude of Self by Elizabeth Cady Stanton

What’s a list of Elizabeth Cady Stanton books without a few written by the great lady herself? Solitude of Self is the full text of one of Stanton’s most important speeches. This is the original “women’s rights are human rights” speech. In it, Stanton appeals for human equality and dignity and discusses the importance of solitude in our everyday lives. 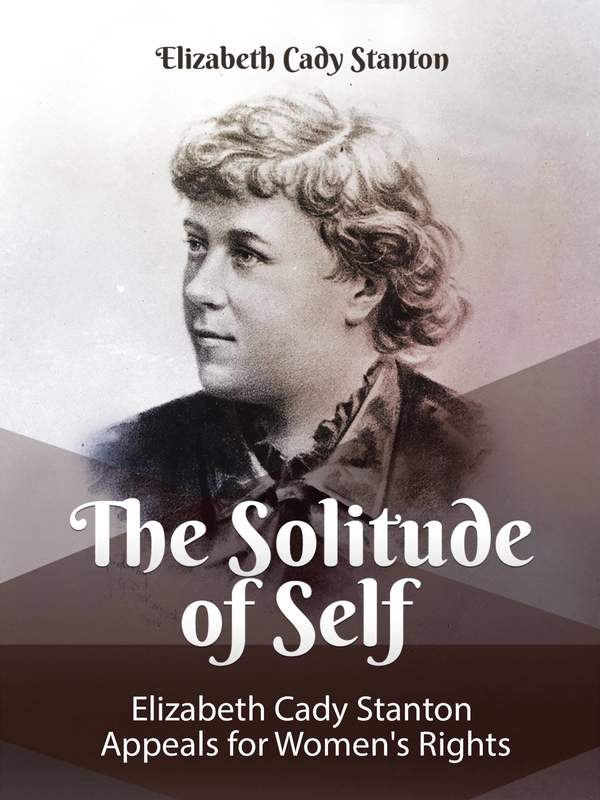 An autobiography of one of the most important women’s rights activists in history? Yes please! In Eighty Years and More, Stanton discusses her role in the women’s rights movements, in which she predated the more famous Anthony, as well as her role as an activist for such causes as abolition and even birth control. 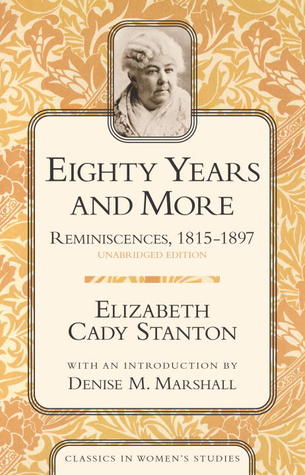 5. Century of Struggle: The Women’s Rights Movement in the United States by Eleanor Flexner

While not about Stanton in particular, Century of Struggle will serve as a guide for the women’s suffrage movement. A movement that was over a century in the making and, according to the author, does not have a modern day equal in terms of its revolutionary nature. 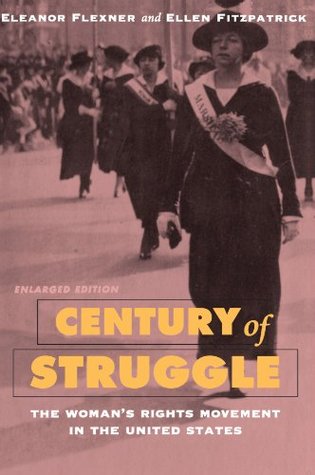 If you needed any more proof that Elizabeth Cady Stanton was a radical, look no further than this book. In terms that would be considered scandalous even today, Stanton uses a political rather than a scholarly article to attack the religious orthodoxy that has kept women as second class citizens. The Women’s Bible is a book by book break down of the bible from Stanton’s point of view. 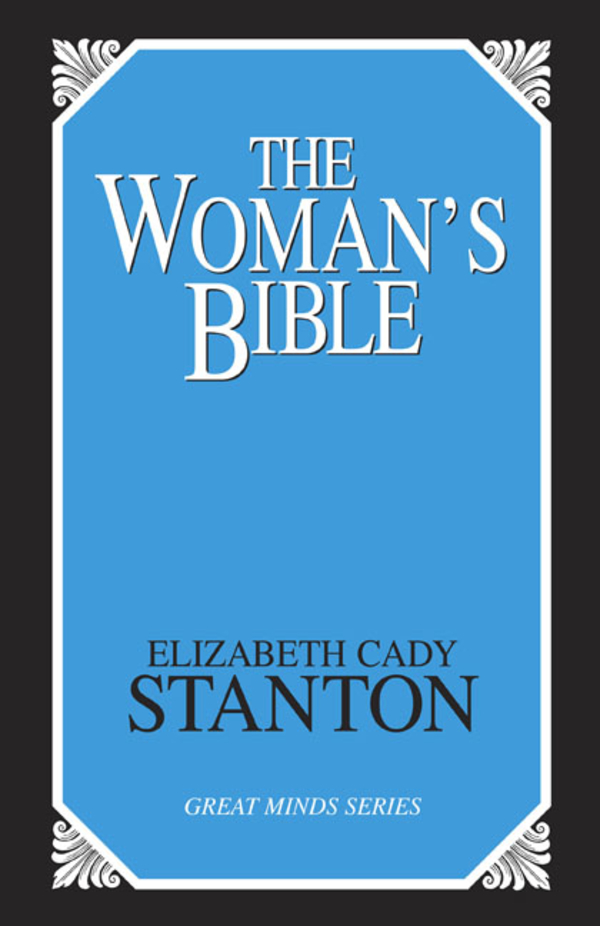 As more research continues to be done on her life and opinions, Elizabeth Cady Stanton is finally beginning to enjoy the recognition she deserves. If you found this list helpful, consider passing it on to someone who may need a little inspiration.