Fan theories are fun. There’s a certain satisfaction in connecting the dots to make a new picture, and even the most outlandish theories can make you look at a favorite book or movie in a new way. Here are five book-related fan theories guaranteed to do just that.

We’ve discussed Harry Potter fan theories before, but now a new one posits that Hermione’s cat, Crookshanks, once belonged to none other than James and Lily Potter. In The Deathly Hallows, Harry finds an old letter from his mother to Sirius Black in which Lily writes that Harry “nearly killed the cat” while playing with his toy broomstick. According to this new theory, the cat from Lily’s letter was none other than Crookshanks, who somehow survived Voldemort’s attack and eventually ended up in the Magical Menagerie. There he remained until Hermione took him home— the saleslady herself says that the cat had been there “for ages.” This fan theory also accounts for the fact that Crookshanks appears to immediately recognize both Sirius and Peter Pettigrew, even in their Animagus forms. He is friendly and cooperative towards Sirius (despite him being a large dog) and shows an intense dislike of Scabbers that seems to go beyond the usual cat-rat antipathy. The reason, of course, is that Crookshanks is already familiar with both men and their respective loyalty to and betrayal of his former owners.

J.K. Rowling hasn’t weighed in on this theory but personally, unless and until she does, I’m going with it being true. Yes, it probably stretches things a bit, but at the same time, it’s nice to think that Harry was (however unknowingly) reunited with some small part of his life with his parents. 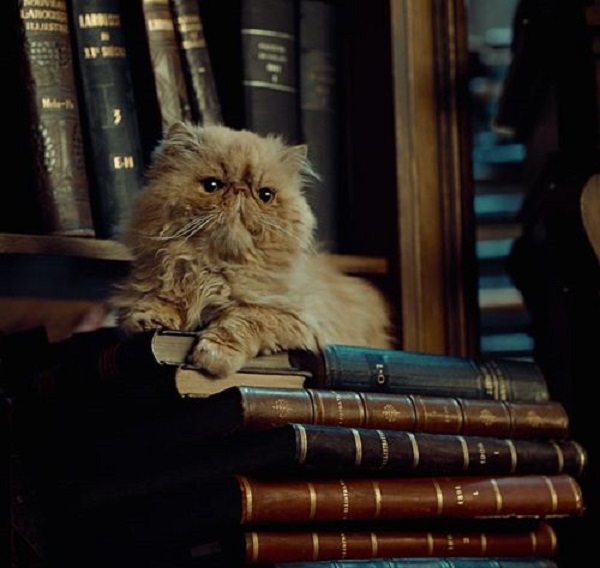 2. Divergent: Jeanine Matthews Is A Divergent Herself

In the post-apocalyptic world of the Divergent series, society is divided into five factions, each based around a particular character trait. However, some individuals do not fit easily into any one faction. These individuals are known as Divergents and Jeanine Matthews, leader of the Erudite faction, really, really does not like them. In fact, she spends two books ruthlessly hunting down and executing them on the the grounds that they are dangerous and a threat to society. However, some fans have seen her intense hatred for the Divergents as a case of “the lady doth protest too much,” and speculate that Jeanine may actually be a Divergent herself.

There isn’t a huge amount of textual evidence to back up this theory, but there’s enough to make a fairly decent case, especially if you’re willing to include the film adaptations in your consideration. One of the main characteristics of Divergents is their resistance to the serums used to create training simulations— a resistance Jeanine seems to share (at least in the films). The theory also makes sense from a psychological standpoint. Jeanine is fixated on the idea of everybody being sorted into the faction where they belong in part because she was never able to do that. Her obsession with Divergents stems from the fact that she is one. If Jeanine is a Divergent it makes her (to my mind, anyway) a more interesting character, so while it may not be the theory with the most hard evidence behind it, I’m still a fan. 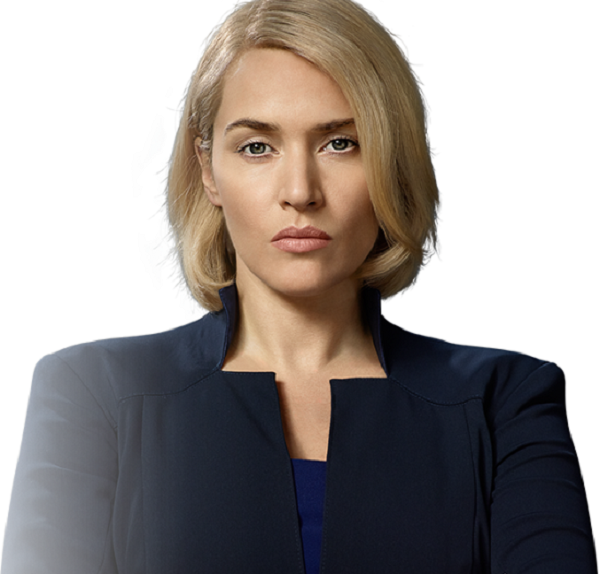 3. The Hunger Games: Katniss’ Father Was A Rebel Spy

We aren’t given a great deal of information about Katniss’s father, other than that he taught Katniss many of the survival skills she uses in the Arena, and that he died in a mining explosion prior to the events of the first book. One theory, however, suggests that Mr. Everdeen was actually a rebel spy.

The idea is that District 13 had been planning a second uprising against the Capitol even before the revolution sparked by Katniss’ win in the first book. If so, it’s not inconceivable that 13 would plant spies in other Districts to gather information and recruit others to the cause. Mr. Everdeen, the theory goes, was one such spy. His hunting, tracking, and other survival skills certainly seem to go beyond what you expect to find in a simple miner. In addition, his insistence on passing these skills on to Katniss could have been a way not just of helping provide for the family, but of preparing her to join the rebellion when the time came. The explosion that killed him could have been a simple mining accident, or it could have been the Capitol ridding itself of someone they discovered was plotting against them. Either way, it’s a neat theory to contemplate, and it makes Katniss that much more of a fantastic revolutionary figure. 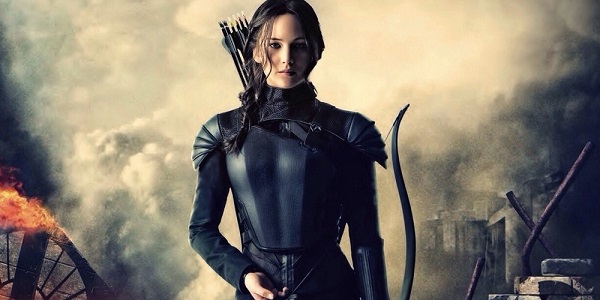 4. Charlie And The Chocolate Factory: The Factory Is All In Charlie’s Head

Charlie and the Chocolate Factory is a story of dreams coming true on an epic scale. So epic, in fact, that one depressing fan theory speculates that Charlie’s visit to the factory is nothing more than an empty fantasy.

After hearing about the golden tickets, Charlie desperately wants to find one, but doesn’t have the money for candy bars and soon it is announced that all five tickets have been found. However, shortly afterwards, it is revealed that the fifth ticket was actually a fake. It’s this detail that forms the basis for the theory. Faking a ticket would almost certainly not work— there’s no way you could know what the actual tickets say and even a really good fake would almost certainly not be good enough to get you into the factory. Therefore, it’s far more probable that the fifth ticket was real and Charlie never found one. Disappointed at missing out, Charlie instead imagined a scenario where the last ticket was fake and he found the real one. Although Charlie sees the first four ticket finders on television, he never sees the finder of the fifth “fake” ticket, making it easy for him to imagine himself in the place of that lucky fifth person. In addition, Charlie’s finding of the ticket results in his beloved Grandpa Joe getting out of bed for the first time in 25 years and ends with him inheriting the factory— everything a poor, hungry boy could want. It’s all just a little too good to be true and so, the theory goes, it isn’t. The whole thing is just a fantasy to help Charlie escape from the misery of his every day life. 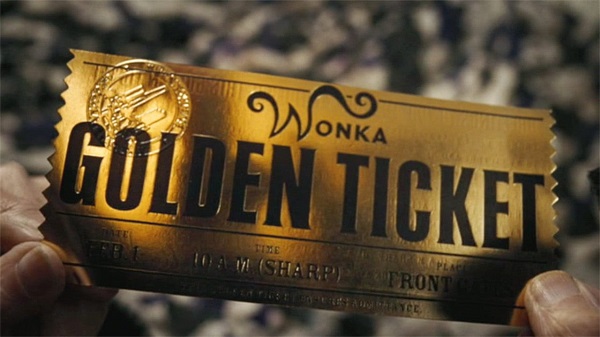 Source: Saved You A Spot

5. A Song Of Ice And Fire: Tyrion Is A Targaryen

One of the most popular characters in ASOIAF has to be Tyrion Lannister, the youngest child of Lord Tywin Lannister. Or is he? One popular fan theory suggests that Tyrion is actually the illegitimate son of Aerys Targaryen, the “Mad King.”

It’s mentioned several times in the books that Aerys was enamored with Tywin’s wife, Joanna, something that was a source of tension between the couple. Fans speculate that Aerys managed to bed Joanna at some point, and the result of their union was Tyrion. Physically, Tyrion is said to have the white-blonde hair that is characteristic of the Targaryens, and while his eyes are mismatched, one of them is deep black, another Targaryen trait. He also has a fascination with dragons, the sigil of the Targaryen house.

If Tyrion is Aerys’ son, it also explains much of Tywin’s antipathy towards him. He refuses to name Tyrion as his heir, even though Jaime’s service in the Kingsguard means that he must. He tells Tyrion that the only reason he is allowed to wear the Lannister sigil and colors is because Tywin “cannot prove” Tyrion is not his, and his dying words are a denial that Tyrion is his son. Much of Tywin’s hatred of Tyrion is attributed to shame over his dwarfism and anger that Joanna died giving birth to him. However, it could also stem from a suspicion that Tyrion is not his son, particularly when coupled with Tywin’s constant efforts to distance himself from Tyrion. Either way, with the series still unfinished, this is one theory on this list that should eventually get a definitive answer. 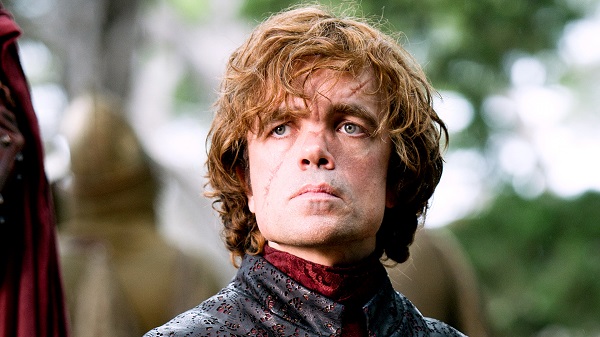 Did we miss any good fan theories? Which ones are your favorites?