As we demonstrated last week, the world of fiction is full of strange and grisly deaths. So full, in fact, that the strangest and grisliest refused to be confined to one post. Here, then, are six more of the weirdest, nastiest deaths you’ll ever read about.

Book: A Storm of Swords by George R. R. Martin

Cause of Death: Shot by a crossbow while on the toilet

Characters in Martin’s A Song of Ice and Fire series are notorious for dropping like flies, but one of the more memorable deaths is definitely that of Lord Tywin Lannister at the hands of his son, the dwarf Tyrion. The two never had what you might call a cordial relationship, but the breaking point came when Tywin helped get Tyrion falsely convicted of killing the king, had him sentenced to death, and then hooked up with his mistress. After all that, it’s hard to blame Tyrion for swinging by Tywin’s chambers, grabbing a handy crossbow, and shooting his father where he stands. Well sits, rather, as Tywin happens to be taking care of some privy business at the time. The end result is one of the most ignominious (and smelliest!) deaths on this list. 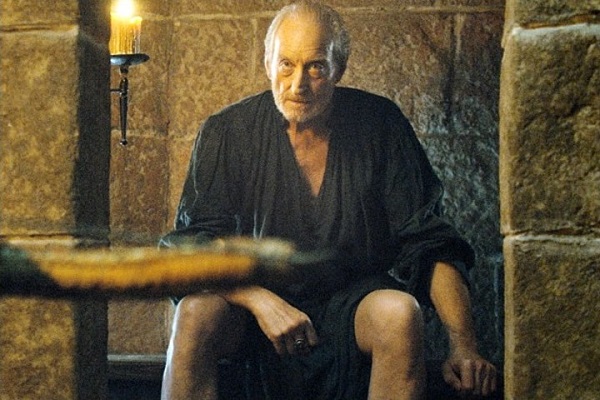 Book: The Return of the King by J.R.R. Tolkien

Cause of Death: Victory dance into a volcano

Say what you will about Gollum, but the guy had dedication. After losing his ring to the hobbit Bilbo, Gollum spent sixty-one years looking for it. He criss-crossed the whole of Middle Earth, undeterred by giant spiders, orcs, torture, and numerous stints in captivity. So it must have felt pretty good when he overtook Frodo at the Crack of Doom and finally got his paws back on his Precious. Sadly for Gollum, his triumph was short-lived. Mere seconds after being reunited with his ring, while in the throes of an epic victory dance, poor Gollum lost his balance and toppled, ring and all, into the fiery lava pit of Mount Doom. Granted, this did result in the destruction of the ring and the salvation of Middle Earth, but it had to be an unpleasant way to go. If only he’d celebrated with a quick fist bump instead. 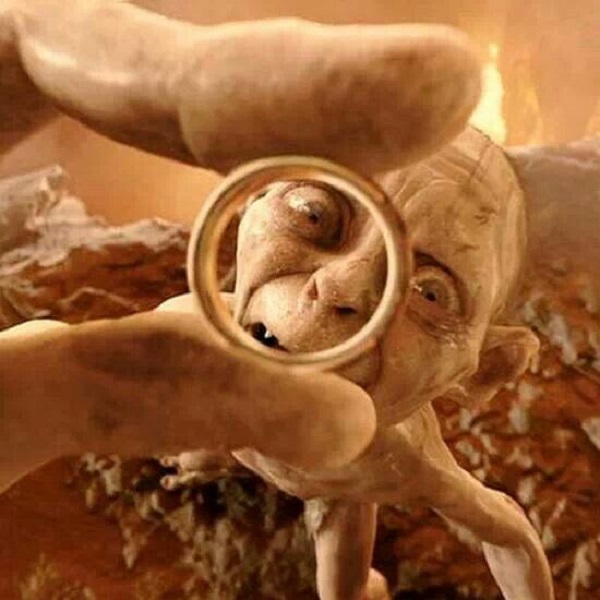 Cause of Death: Attacked by genetically mutated wolves before being mercy-killed

A number of genetically altered species (or “muttations”) show up over the course of The Hunger Games trilogy— there are mutated birds, lizards, monkeys, and of course the tracker jackers that did in our girl Glimmer last week. One of the worst, though, has to be the wolf mutts that show up near the end of the first book. These huge dogs can stand on their hind legs, jump extremely high, and sport four-inch razor sharp claws. Oh, and did I mention that they’re each engineered to resemble one of the fallen tributes, right down to their eerily human-like eyes? These creepy monsters are the downfall of District 2 tribute Cato, who falls into their midst after a scuffle with Katniss. Although he tries to fight them off, Cato is quickly overwhelmed and spends the next several hours being used as a chew toy before Katniss finally uses her last arrow to put him out of his misery. There are a number of icky deaths in The Hunger Games, but being gnawed to death by dogs designed to look like people you’ve recently killed has to be one of the worst. 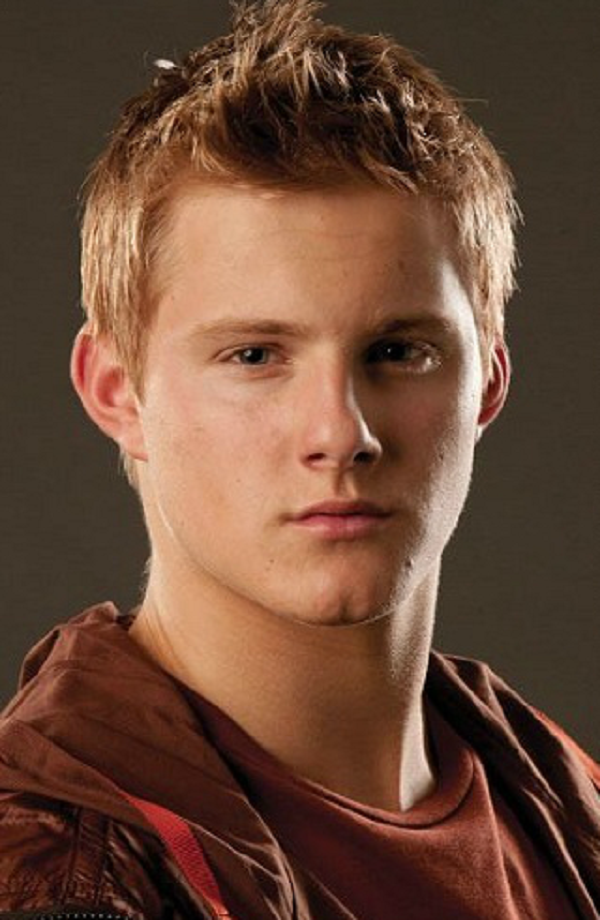 Book: The Monk by Matthew Lewis

Cause of Death: Dashed against a rock by an eagle after selling his soul to Lucifer

It’s hard to think of an atrocity that goes uncommitted in this classic Gothic novel. Rape? Check. Incest? Check. Black magic, demon summoning, and murder? Check, check, and check. The story is that of Ambrosio, a virtuous monk who succumbs to temptation and swiftly sinks into a life of sin and depravity. Eventually, he is arrested by the Inquisition and in a desperate attempt to avoid execution, sells his soul to the devil in exchange for release from prison. Lucifer promptly appears and spirits Ambrosio away to a desolate mountaintop. After taunting him for several minutes, he summons an eagle who grabs Ambrosio by the head and drops him onto the sharp rocks below. A second eagle claws out his eyes, and the injured monk spends six days in agony, being bitten and plagued by insects, before he finally perishes. Moral of the story: Don’t sell your soul to the Prince of Darkness, kids. It never ends well. 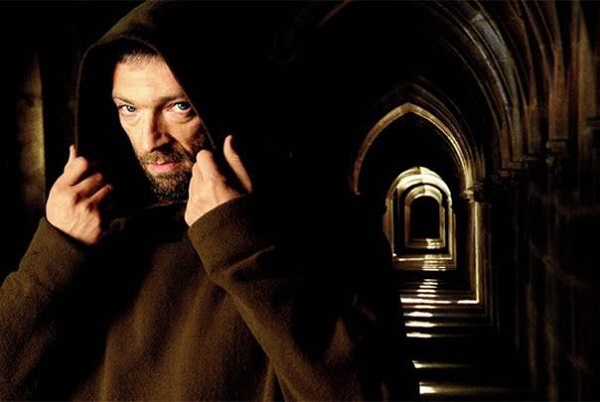 Source: Hayes at the Movies

Book: Ali-Baba and the Forty Thieves from One Thousand and One Nights (The Arabian Nights)

Cause of Death: Dismembered and left as a warning to intruders

When poor woodcutter Ali-Baba stumbles upon the enchanted cave where a band of thieves has been keeping their treasure, it’s only natural that he would use this discovery to move up in the world a little. And when he finds out about this huge pile of loot, it’s also only natural that Ali-Baba’s older brother Cassim would want to get in on it. However, there’s a reason it’s only Ali-Baba’s name in the title. Upon entering the cave, the greedy Cassim is so blinded by his own avarice that he completely forgets the magic phrase to open the door and finds himself trapped until the thieves return. The thieves are decidedly less-than-happy at finding an intruder in their treasure cave, and promptly hack the hapless Cassim to bits. They then scatter the pieces of his corpse around the entrance of the cave as a warning to any other treasure-seekers. Let’s all be glad these guys aren’t the ones in charge of Gmail’s password retrieval. 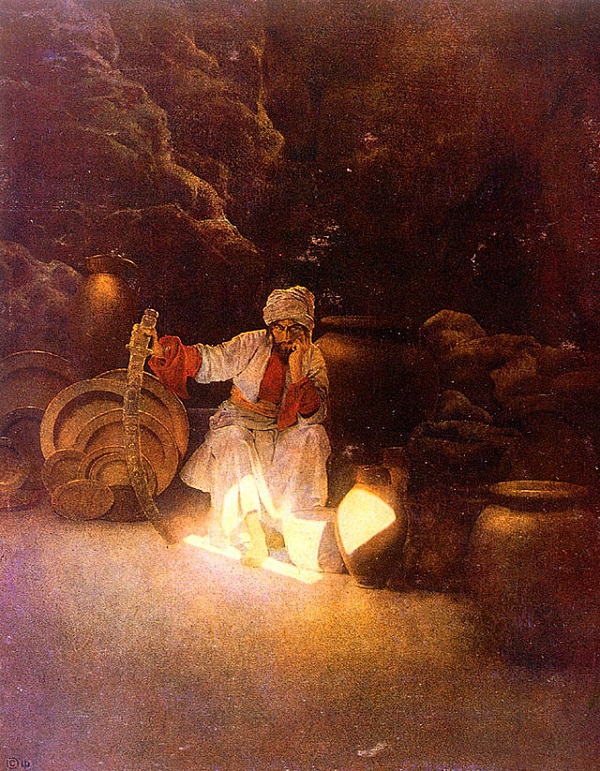 Cause of Death: Stabbed, drained of blood, and baked into pies

Really, this entire list could just be composed of deaths from Titus Andronicus. This Shakespearean gore-fest features 14 murders, 6 severed limbs, and buckets of blood. People are stabbed, chopped up, thrown to the wolves, and buried alive. Possibly the worst fate, though, is the one met by the villainous brothers Demetrius and Chiron. In an act of revenge for their rape and mutilation of his daughter, Titus slits the throats of the two men and collects their blood in a basin. He uses said blood (combined with dust from the brothers’ ground up bones) to make a pie crust, into which he bakes the heads of the two men. Finally, he serves the piping hot dish to the brothers’ scheming mother Tamora. There’s a lot of nasty death in this play (and on this list), but being baked into a pie and fed to your own mother really has to take the cake (pun totally intended). 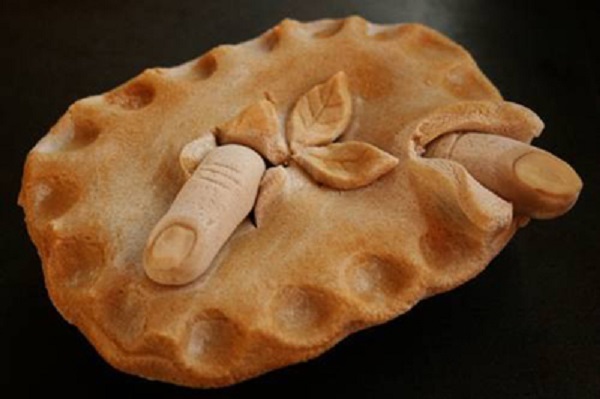 That concludes our look at some of the stranger and more gruesome deaths in fiction. Thanks for reading, and when the time comes for you to shuffle off this mortal coil, may none of these appear on your death certificate.

Did we miss any weird or gruesome deaths?