Amazon helped pioneer e-reading with the Kindle. Now, the retail giant is once again changing the way people read, this time by releasing an app that lets kids read stories via text messages. 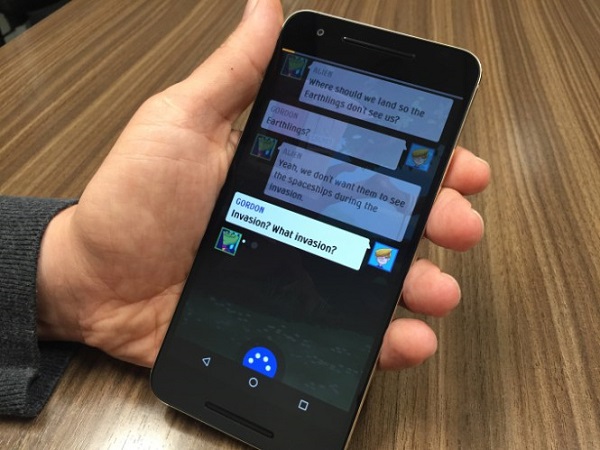 The app, called Amazon Rapids, launched earlier this month, and is available for Android, IOS, and Amazon Fire devices. It contains a library of original stories for children ages 7-12, all of which are told through a series of text messages and chats between characters— Rapunzel and the Prince texting each other about possible rescue methods, for example, or two chickens discussing whether they really should cross the road. Each story is designed to be read in roughly 5-10 minutes, depending on the child’s reading level. Kids control the pace of the story by tapping and swiping the device. They can also highlight individual words to see definitions and hear pronunciations, or have the story read aloud to them via the app’s text-to-voice feature. The app, which currently costs $2.99 per month, has an extensive library of stories, with plans to add new ones every month. 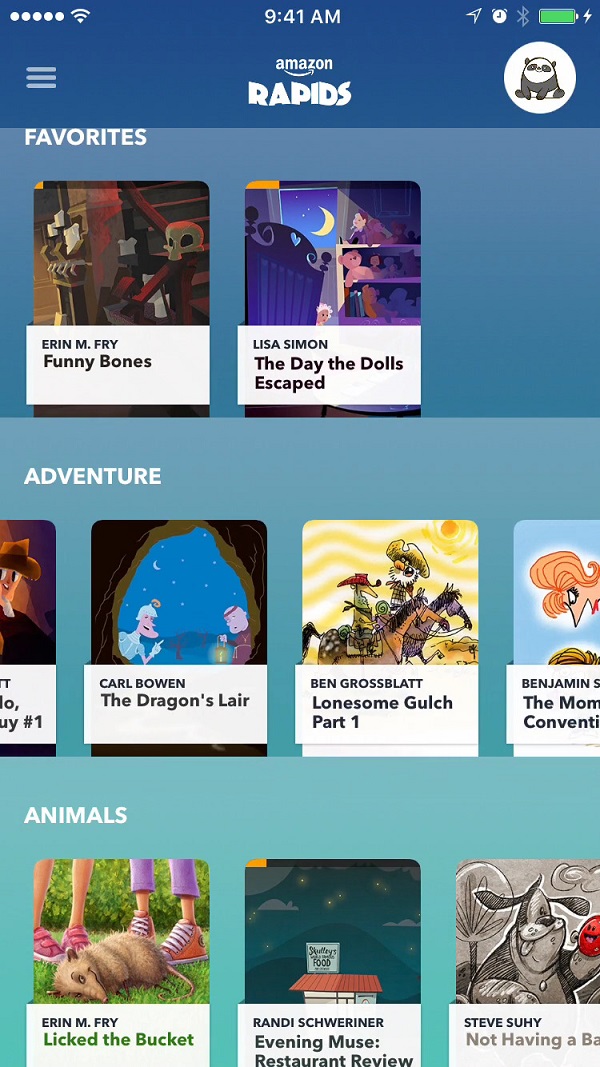 When developing Rapids, Amazon worked closely with a number of children’s authors, including fourth grade teacher Raymond Bean, whose books consistently land on Amazon’s list of top 100 books for children. In addition to working to create colorful, engaging stories, the app developers also focused on including a diverse and multicultural range of characters, so that children from all backgrounds can feel represented. 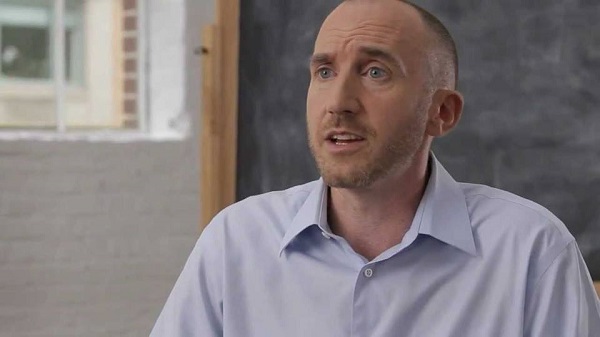 The idea behind the app, of course, is to help children develop a love of reading using tools that many of them play with every day. However, there is some doubt about just how effective the app will be at doing that. In addition to concerns about the negative effects of screen time on children, some studies have indicated that educational apps such as Rapids are only effective if the parents engage in them alongside the children. It’s also unclear whether the short, bite-size nature of the stories in Rapids would do much to help children who struggle with reading. According to Jenny Radesky, a developmental behavioral pediatrician at the University of Michigan, deeper reading experiences will do much more to help a child who struggles to read, than will the more superficial story chats in Rapids. 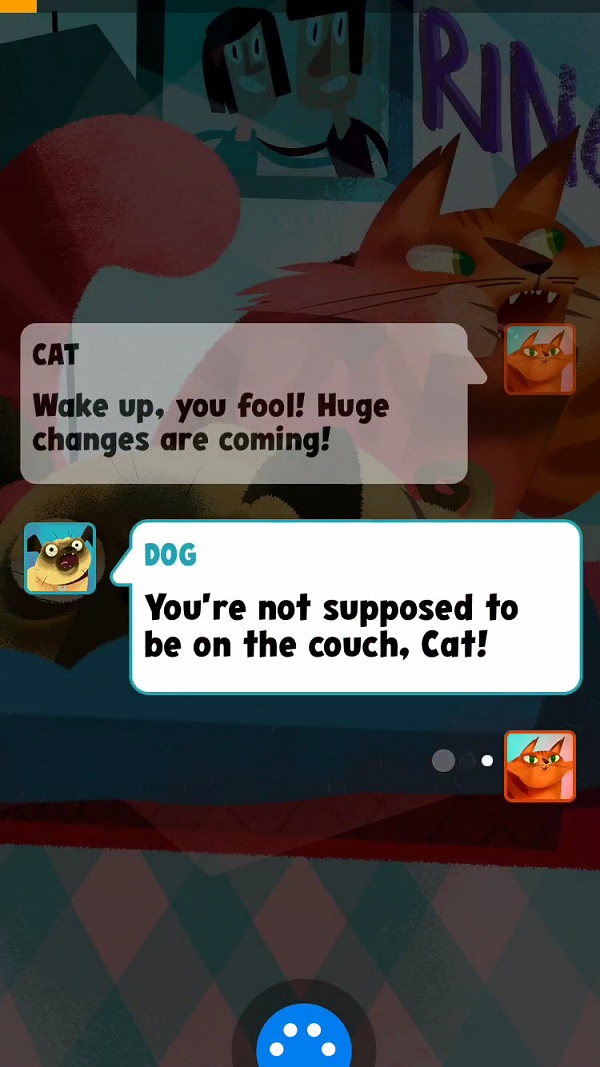 Speaking personally, as a bibliophile and a mother of four (the oldest of whom is 7 and just starting to read on his own), I’m always looking for ways to encourage a love of reading in my kids. I wanted to see for myself how Rapids worked, so I signed up for the two-week free trial and downloaded the app. After opening the app and signing in, you enter the age and gender of your child, and select what kinds of stories he or she is interested in (you can create separate profiles for different kids, so each child can have an account that caters to their reading level and preferences). You then have access to the library and can start reading stories. 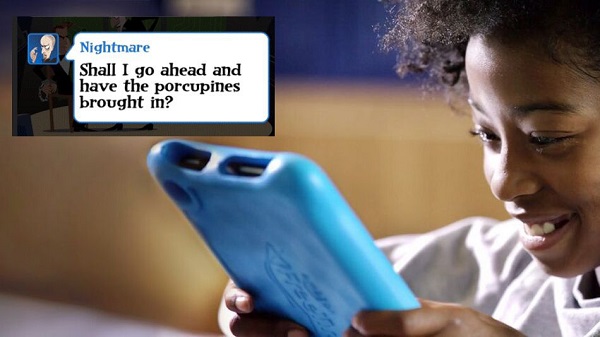 My own opinion, after reading a couple of the stories, is rather mixed. On the one hand, yes, the pictures and stories are cute, and having the stories unfold as a series of texts is a clever little twist (one that works particularly well is a multi-part story where a boy receives a wrong number text from an alien about the impending invasion of Earth). On the other hand, the texting gimmick, while fun at first, gets old rather quickly, and the “Read to Me” feature leaves a good deal to be desired (it’s basically like having Siri read you a story- very robotic, and no variation in voice, tone, or inflection). I also remain somewhat skeptical of the short and shallow nature of the stories. I understand that kids often have short attention spans, and I have nothing against playing with literature and trying to make reading fun and interactive. However, at the end of the day, reading is an act that requires having the patience to sit down and allow oneself to be completely immersed in the narrative and the world that it builds— something that I’m not sure the bite-sized nature of the stories in Rapids is really conducive to. A ten-minute text message story might be a useful little thing to keep restless kids occupied in the waiting room at the doctor’s office, but I’m not sure it’s what I really want my kids’ typical reading experience to be. 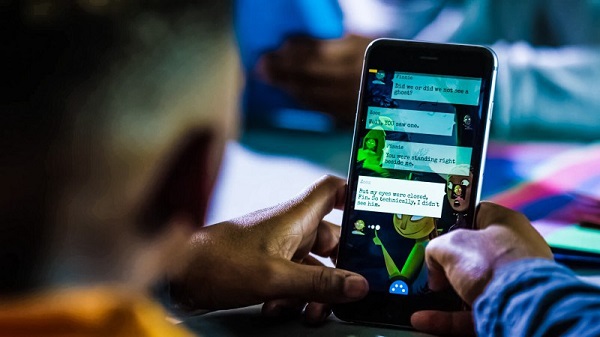 I learned to love reading from my parents, who from my infancy surrounded me with books and read to me constantly. I want my kids to love reading as well and I think that time spent sitting down with a patient parent and a physical book is far more effective at engendering that love than is an electronic app. While the Rapids app could certainly be a useful supplementary tool for a child who already has a strong foundation in reading and regular exposure to deeper reading experiences, I don’t think it ever can or should be seen as a substitute for a parent’s lap and a good, old-fashioned copy of Goodnight Moon.

What do you think of reading apps like Rapids? Is it something you would use with your kids? 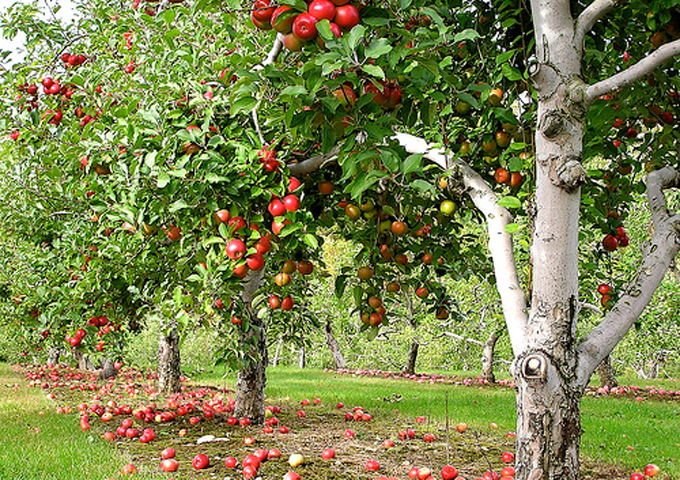