Death comes for us all, including our favorite book characters. Sometimes, those fictional deaths are heartbreaking. Othertimes, they’re deserved. And sometimes…well, sometimes they’re just plain weird. And kind of gross. Below are six of the weirdest and grossest deaths ever to grace the pages of literature (with more to come later!).

Cause of Death: Spontaneous human combustion

Yes, you read that right. There are plenty of strange events in Bleak House, but one of the weirdest is undoubtedly the death of the store owner and slum landlord Mr. Krook. In addition to maintaining his shop and renting rooms to other characters, Krook obsessively collects papers (though he himself is illiterate) and seems to subsist entirely on a diet of gin. The result of his constant consumption of alcohol? Death by spontaneous human combustion, a phenomenon Dickens believed was actually possible. Whether or not it could happen in real life (spoiler alert: no), it is certainly one of the oddest deaths in fiction, and possibly the only one on this list that could double as an episode of The X-Files. 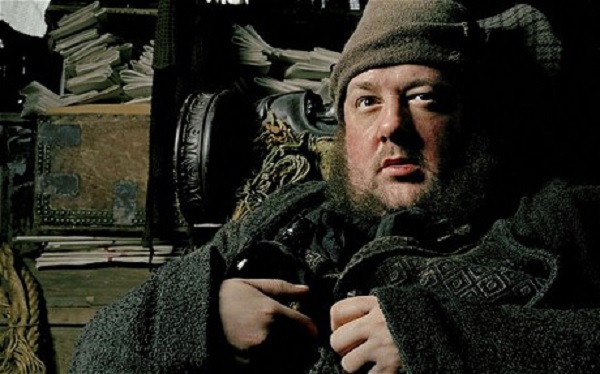 Cause of Death: Disembowelment + acid

The second in J.K. Rowling’s series of mystery novels, The Silkworm begins with private detective Cormoran Strike being hired by a woman to find her missing husband, the novelist Owen Quine. Strike does manage to locate Quine, but not before the writer has been tied up, disemboweled, doused in acid, and set up as the gruesome centerpiece at a staged dinner party. As murders go, this one is about as grisly as it gets, and Rowling doesn’t pull any punches. Her descriptions of Quine’s trailing innards and putrefying corpse are straight up gag-inducing. On the other hand, if you’re worried about those holiday pounds this will probably put you off food for a week, so there’s that. 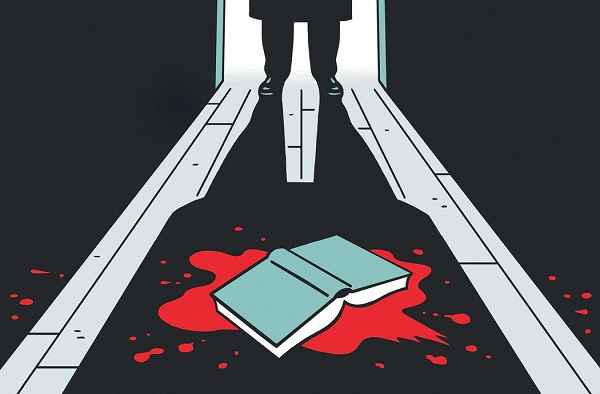 Book: The Narrative of Arthur Gordon Pym of Nantucket by Edgar Allen Poe

Cause of Death: Killed and eaten by his starving shipmates

Poe’s only full-length novel, The Narrative of Arthur Gordon Pym details the many nautical (mis)adventures of the eponymous hero, including shipwrecks, mutiny, and a Dutch ship crewed by corpses (don’t ask). After stowing away on the whaling ship Grampus, Pym is caught up in a series of mishaps that culminates in him and three other men— Augustus Barnard, Dirk Peters, and Richard Parker— finding themselves stranded on the heavily damaged whaler. As time passes with no sign of rescue, Parker suggests that one of them should be killed to serve as food for the others. The men draw lots and who should get the short stick? Why, none other than our man Parker, of course, who scarcely has time to regret his brilliant suggestion before he is grabbed, stabbed, and served up on a platter. Bon Appetite, everybody. 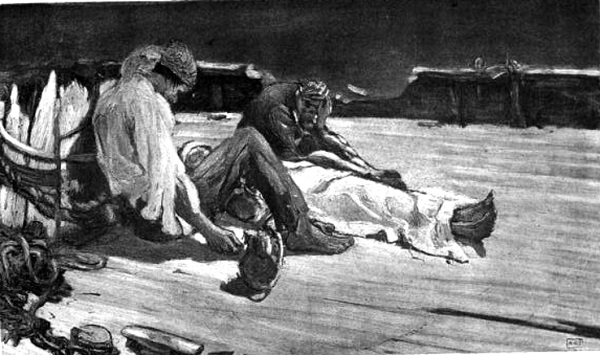 Cause of Death: Being crushed by a bookcase after getting hit with a sword

Poor Leonard Bast. All he wanted was to read nice books and climb a rung or two up the social ladder. Instead, he ended up jobless, penniless, and married to an ex-prostitute after she was abandoned by Henry Wilcox, his friend’s snobby husband. Things get even more complicated following an ill-advised sexual encounter with Henry’s sister-in-law, Helen, who winds up pregnant. And what happens when Leonard goes to try and confess the affair to Helen’s sister? Why, Henry’s boorish son Charles bursts into the room and whacks him with the flat end of an old sword, causing Leonard to grab for a bookshelf that promptly falls on top of him, crushing both him and his dreams of upward mobility. On the one hand, yes, it’s all terribly tragic and unfair. On the other hand, death by the combined forces of sword and bookshelf is definitely a memorable way to go.

Cause of Death: Stung to death by genetically engineered wasps

Given that The Hunger Games is all about a group of teenagers being forced to fight each other to the death, it’s no surprise that the bodies pile up fast and high in this novel. People get shot with arrows, stabbed with knives, blown up by landmines, and impaled by spears, but for sheer cringe factor few deaths beat that of Glimmer, the female tribute from District 1. When Katniss, trapped up a tree, releases a nest of tracker jackers to hide her escape, Glimmer is lucky enough to get a huge face-full of these genetically engineered wasps and their potent venom. Cue the excruciating pain, terrifying hallucinations, and plum-sized sores that ooze green pus. The result is an ugly, agonizing death that almost makes us feel bad for the bitch-tastic Glimmer. Almost. 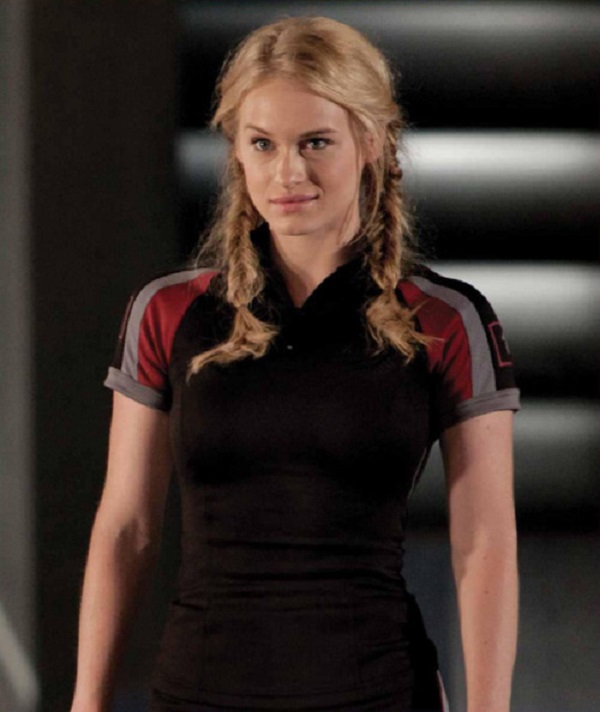 Cause of Death: Ear poison

Everybody knows the story of Hamlet: the titular Prince of Denmark is visited by the ghost of his father, who reveals that he didn’t die naturally, but was instead murdered by his scheming brother, Claudius. Armed with this knowledge, young Hamlet sets off on a journey of revenge and mental instability that basically wipes out the entire Danish court. Now, it’s not completely strange that Claudius would bump off his brother in an attempt to seize the throne, but what is odd is the method he chooses to do so— according to the ghost, Claudius killed him by pouring poison in his ear. That’s right— his ear. As methods of assassination go, this has got to be one of the weirdest. I mean, how does this work? What poison is most effectively administered via the ear? Is this actually a thing? Has anybody anywhere ever tried this anytime before or since? So many questions. 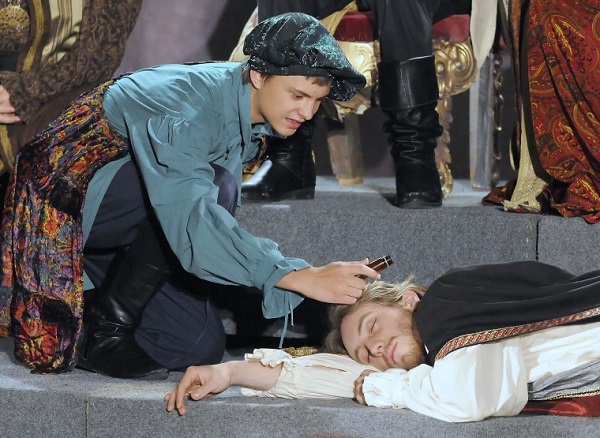 Come back next week for six more bizarre and grisly deaths from literature!

What’s the strangest death you’ve encountered in your reading?