“Anything you can do I can do better. I can do anything better than you.”

This lyric from the musical Annie Get Your Gun has been the mantra for girls everywhere since it first came out in 1948. Who knew that sixty-eight years later we’d still be singing its tune? Girls everywhere are sticking their tongues out at boys. And this time, it’s the world of literature being brought into question.

Professor of Educational and Social Research at the University of Dundee, Keith Topping, recently conducted a study where he found that boys, ages five to eighteen, are more likely to miss whole sections of literary works due to skipping pages and reading material in a lazy fashion:

“What they are doing is not particularly good – and they are lagging behind.”

The study conducted by Professor Topping used computer technology to assess answers to questions given to both sections of students after reading a book:

“The males were significantly worse on the [quiz] outcome measures, didn’t gain as much in performance on reading tests and their average percentage correct in the tests was low,” Professor Topping told The Guardian.

According to the Professor, it does not matter what kind of book, whether fiction or nonfiction, the boys seemed to lag behind the girls when it came to retention and understanding of the subject. Typically during these sort of research projects, socioeconomic traits would be brought into question, however, that standing had no effect on the outcome of the test.

The question of gender gaps in reading has come under investigation before. In 2010 a New York Times article by columnist Nicholas Kristof pointed out that:

“Around the globe, it’s mostly girls who lack educational opportunities.”

Yet here in the United States it is the boys who are lagging behind in subjects such as comprehension and reading. In fact, he went on to state:

“A new report just issued by the Center on Education Policy, an independent research organization, confirms that boys have fallen behind in reading in every single state. It found, for example, that in elementary schools, about 79 percent of girls could read at a level deemed ‘proficient,’ compared with 72 percent of boys. Similar gaps were found in middle school and high school.”

So, how do we get boys to fall in love with one of the greatest pastimes in history? 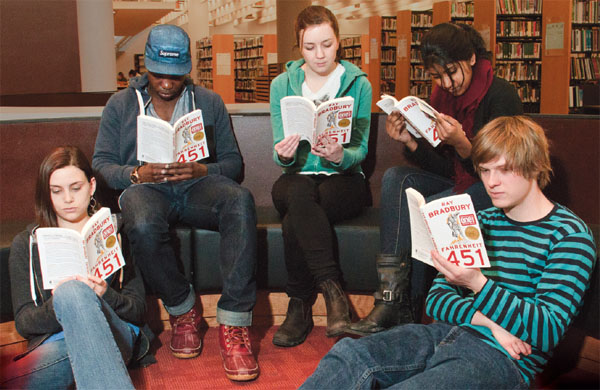 Many schools have already implemented mandatory reading programs that will help foster a love of reading in hopes it will encourage non-readers to find some form of enjoyment out of the experience.

What are your thoughts on this study? We would love to hear them!