The medieval art of bookmaking has been granted a new lease of life through one online store’s creation of handmade leather journals. These beautiful books are currently being sold on Etsy, and are hand crafted by designers with over 15 years of experience who are hoping to preserve this declining art form.

As shown below, these journals feature exquisite detailing and are made from the highest quality paper, burnished copper plates, and wooden and leather panelling. The journals are handcrafted using traditional and once forgotten methods and despite being on the expensive side, they’ve have been selling – more than 500 have been purchased since the shop opened in 2012. 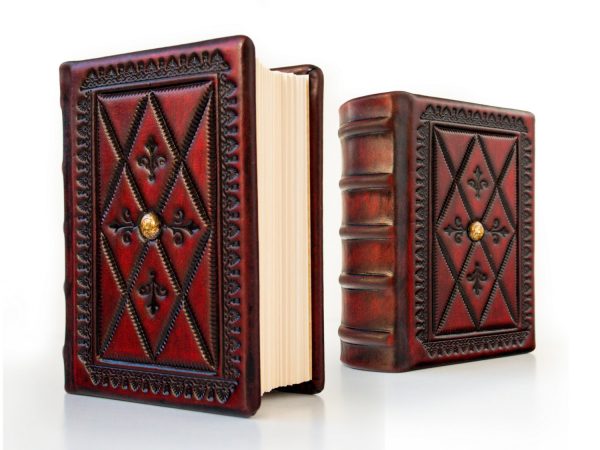 This concept of a return to medieval book making sounds great- but what do we actually mean by ‘medieval’ books?

The Medieval Era or the ‘Middle Ages’ was the period that followed the fall of the Roman Empire in Europe (sorry America), around 500 AD. This is a time most associated with being plague-ridden, dark and quite frankly unpleasant. So where do the books come in?

The Medieval era lasts all the way to the late 1400s, so there was plenty of time to pursue bookmaking. As few could read and write during this period, books became a status symbol common in the courts and halls of the wealthy. This was also a result of the difficulties associated with finding writing materials at this time – paper was difficult to come across (made from animal skin) and producing it was a labor-intensive process.

As a result, any books were given great and detailed bindings and covers to protect the hand-scribed words within. Leather covers were a popular choice- it was waterproof, readily available and had the added advantage of being easy enough to decorate. Below is an example of a 7th century book, the St Cuthbert Gospel, which is thought to be the oldest intact book in Europe. 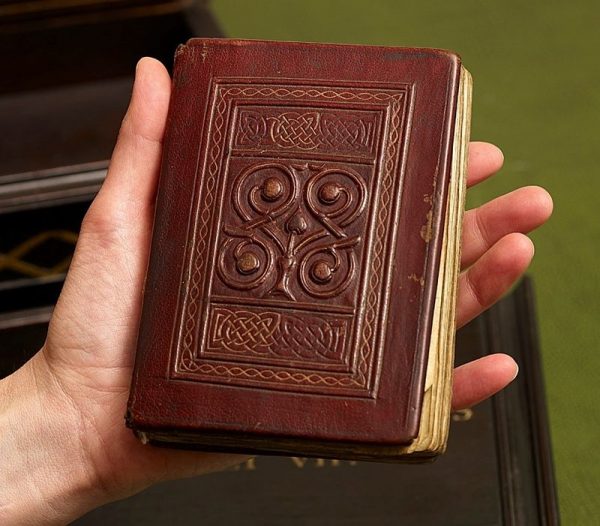 Most book covers were made from calf or pig leather- whilst others were a little more exotic, such as this example of an Icelandic book made of seal, dated around 1200.

These books were likely to have been theological writings, aiming to deepen the reading public’s understanding of religious texts (more on this here). Other forms of writing included poetry, perhaps most famously Dante’s The Divine Comedy, an epic poem completed in 1320.

The problem with printing at this time is made clear through this example, as Dante’s masterpiece wasn’t actually printed until 1472, after the invention of the printing press around 1400. After this point, reading flourished, coinciding with the birth of the Renaissance period in Literature.

As a result, traditional bookmaking became less of a necessity as books inevitably lost their value with the increase in production. Yet Alex Libris, the store’s chief bookbinder, and his team state that they hope to “train and educate the next generation” in this skill to preserve it for many years to come.