Book stores have to make choices about what books they should carry. These decisions are largely based on whether or not the store thinks the books will sell, but if it’s a religiously affiliated bookstore then the choice is also based on doctrine.

Author Jen Hatmaker experienced this kind of doctrinal decision when LifeWay Christian stores pulled her books from their shelves because of her changing beliefs about human sexuality.

Hatmaker confirmed in a recent interview with Religion News Service columnist Jonathan Merritt that she supports same-sex marriage. She believes it is a human rights issue and that “any two adults have the right to choose who they want to love.” She also stated that gay couples, like any other couple, need help with their marriages or with parenting, and the church should be a welcoming place to provide that community and support. Furthermore, she called out her fellow Christians and said, “The church hasn’t treated the LGBT community like family. We have to do better.”

Hatmaker has a large following on her social media sites, where she often extends her messages of love and calls for greater empathy from Christians. She has also spoken to crowds of yearning Christian women at events like IF: Gathering, Women of Faith, and the Belong Tour. 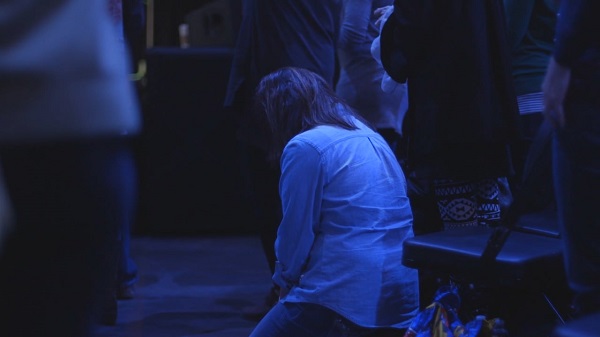 The store has stopped selling several popular Christian authors over the years, such as Joel Osteen and Joyce Meyer. These decisions were made based on doctrinal differences. It has been speculated that LifeWay Christian Stores have a “blacklist,” but the store’s representatives deny such a thing exists.

IF: Gathering, like LifeWay Christian Stores, maintains a traditional belief about marriage: “We believe the Scriptures, both Old and New Testament, are verbally inspired by God, fully trustworthy and of supreme and final authority in what they say. (Including in regards to sexual ethics),” says Jennie Allen, founder of IF.

While Hatmaker didn’t choose to have her books pulled from LifeWay, she did choose to take herself off the roster for this year’s IF conference.

Although LifeWay has stopped selling Hatmaker’s books, she remains an incredibly successful author. Check out a few of her most popular titles and see for yourself why she has amassed such a large following: