Halloween is fast approaching and if you are in search for something new and haunting to read this year, why not check out one of these 10 graphic novels about vampires?

1. Batman and Dracula by Doug Moench

A list of great graphic novels is never complete without the mention of Batman. Published by DC comics in the 1990’s, the Batman and Dracula trilogy is a journey through Batman‘s fears. Beginning with Batman being transformed into the kind of twisted nightmare you can’t even imagine, this series just gets weirder and weirder. Combining Gotham City with gothic horror, this comic book makes the top of my list. 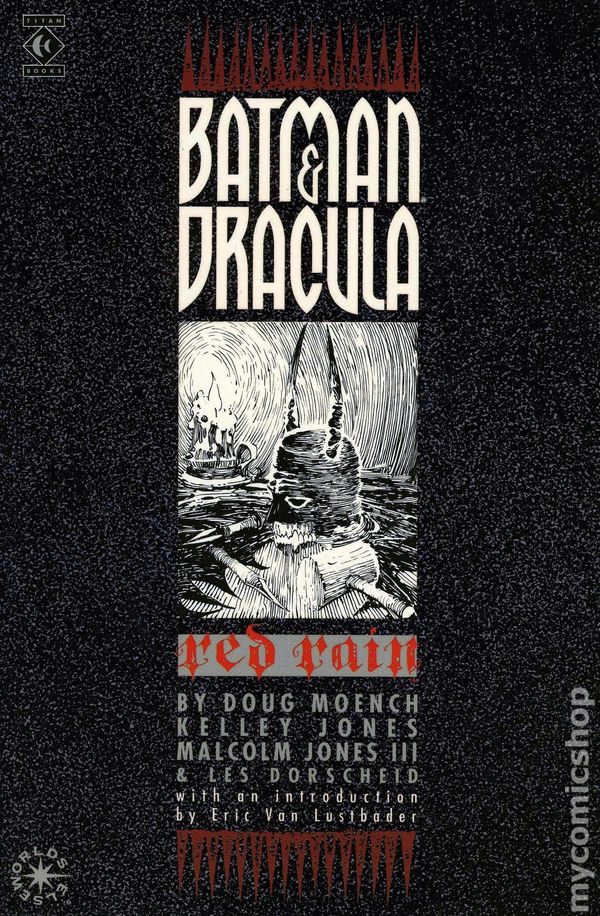 Published by one of my personal favorite publishers of horror themed comics, Dark Horse, Buffy the Vampire Slayer is a long standing series of vampire comic books that began in 1998. The Buffy comics take place between episodes of the television series, Buffy The Vampire Slayer, and continued after the TV series ended. Season eight of the comic book series began a year after the television series ended and it pushes the story beyond what the TV series could have imagined achieving with a darker story and characters. Even those who are unfamiliar with Buffy the Vampire Slayer as either a comic book or a TV series would certainly enjoy this Eisner Award-winning title. 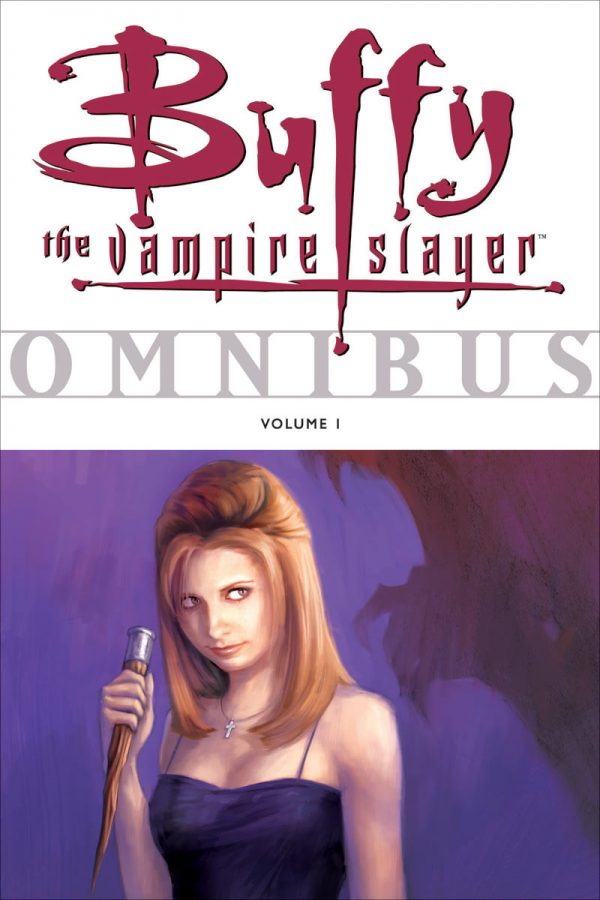 Published by Vertigo since 2013, American Vampire is set within new Americana mythology that tracks bloodshed throughout America’s history and pop culture. Although it is titled American Vampire, America is not the only country affected by the vampirism curse, with vampire populations sprouted all around the world. Featuring input from horror legends such as Stephen King, American Vampire may well be one of Scott Snyder’s best works! 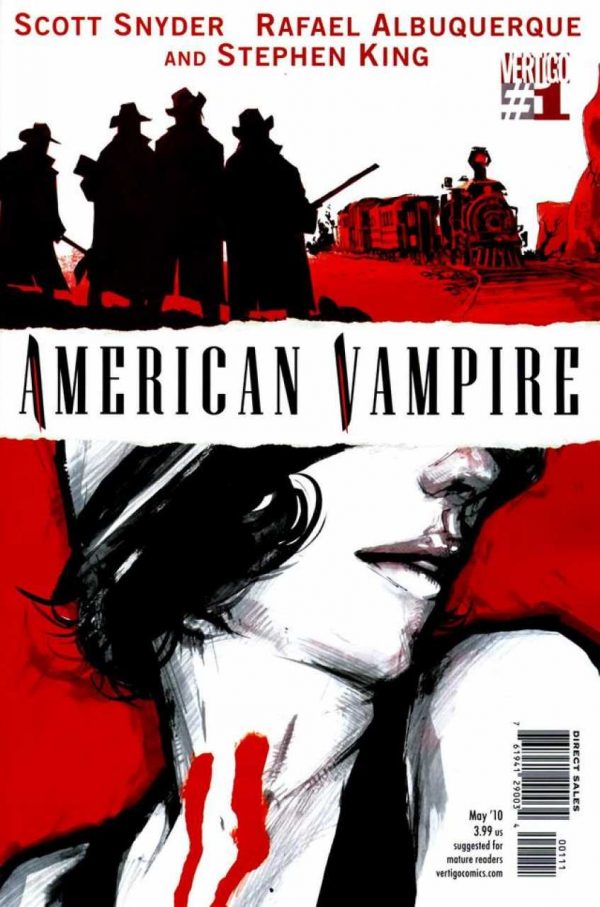 4. Tomb Of Dracula by Marv Wolfman

Published by Marvel comics throughout the 1970’s, Tomb of Dracula is a perfect comic book to quench your thirst for vampires. The depth of the series comes from epic vampire hunters, Rachel Van Helsing and Blade, as well as several crossovers with other Marvel comics such as Werewolf by Night and Dr. Strange. 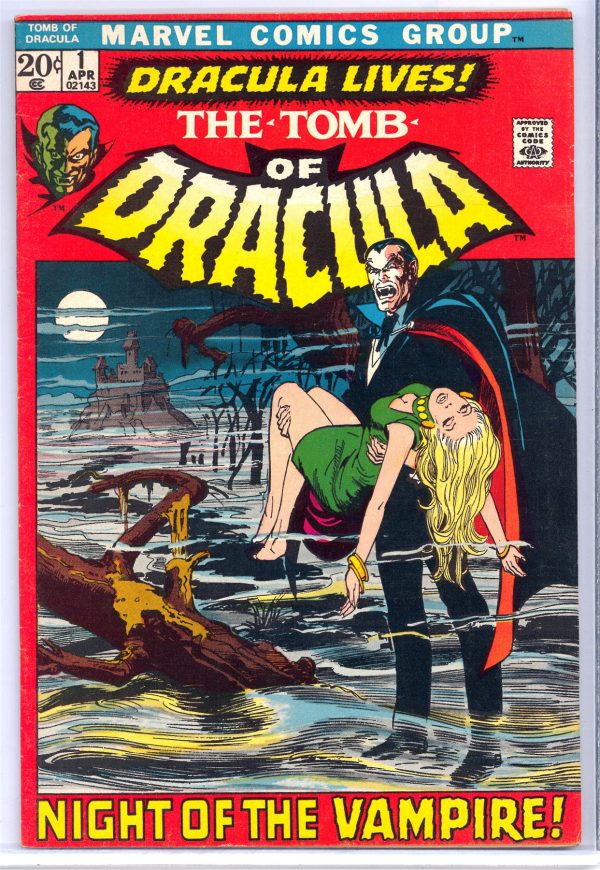 Published by DC comics in the early years of the 1980’s, I… Vampire ran for 24 issues as a feature in House of Mystery. Set in 1591, the Lord Andrew Bennett is a vampire but he is unable to withstand the burden of eternal life without his beloved, so he turns her. But she becomes corrupt by the sheer power of the curse, resulting in Bennett having to embark on a 400 year quest to destroy the woman he once loved. 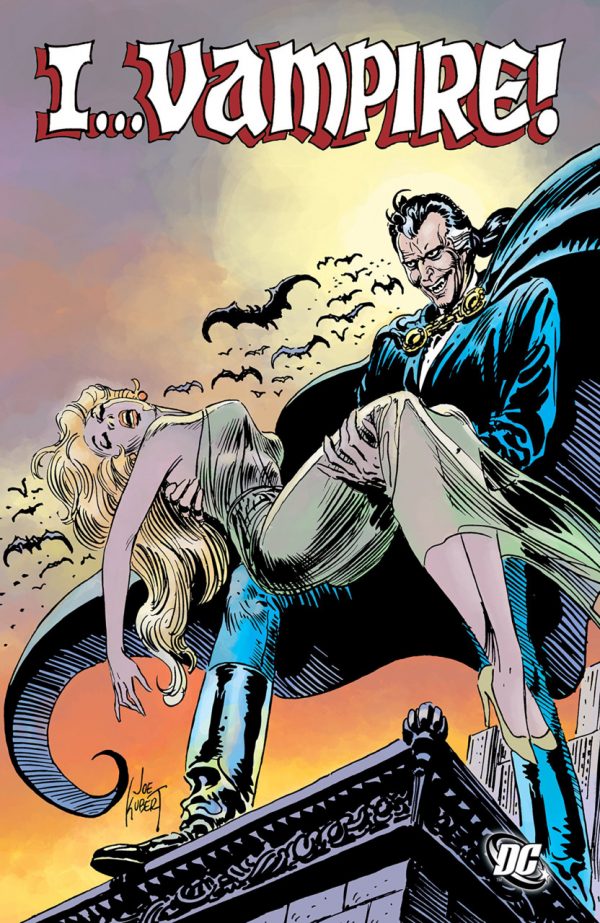 Published regularly by Claypool Comics since 1993, Deadbeats is a romantic vampire series starring the artistic excellence of Ricardo Villagran. With the moody action of classic horror comics, the saga was available in print form up until releases made after 2007, when it became a webcomic. 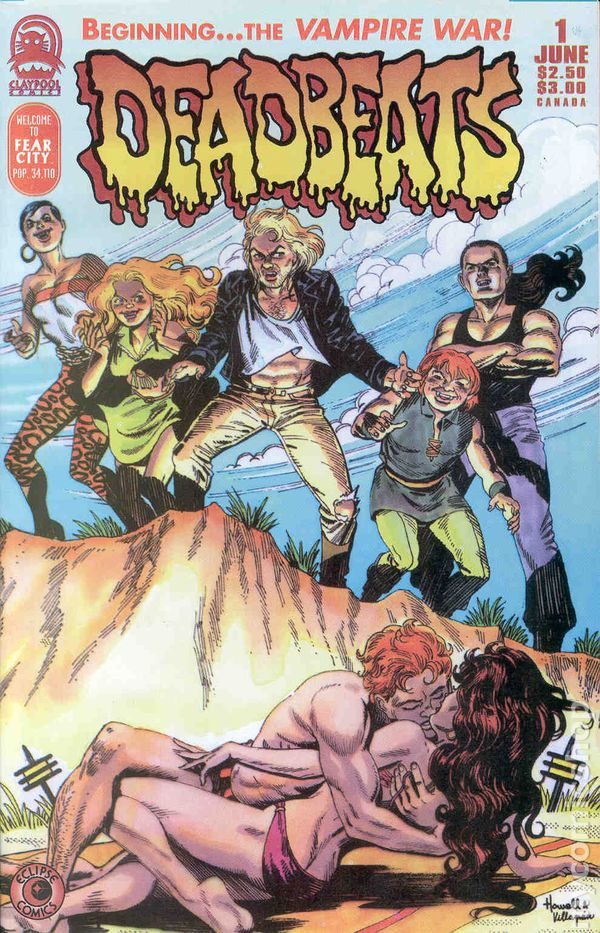 7. The New Deadwardians by Dan Abnett

Published by Vertigo in 2012, The New Deadwardians is set in an alternate version of 1910 known as the Deadwardian Age. In this parallel perception of the world, zombie-like creatures called the Restless plague the world, and the people of upper-class Britain have turned themselves into vampires in order to stay alive… so to speak. This book makes vampires, zombies and the like seem fresh once again by setting them against themes of societal class and intriguing mystery. 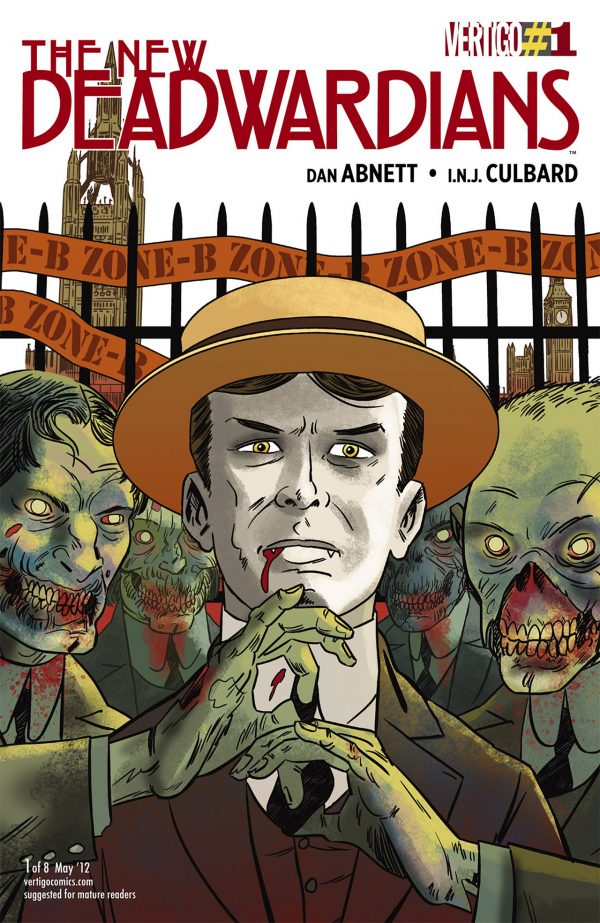 Published by SAF Comics in 2003, Vampire Boy is part of a four-part series about a five thousand year old conflict between a pharaoh’s son and mistress. These two characters vengefully murder one another over and over throughout the passing centuries, only doomed to return to the land of the living as soon as the sun’s light hits their cooling bodies. In this book, when the boy awakens in modern day New York City after fifty years, he has a burning hunger that leaves a trail behind him that leads his rival to him, once again continuing the endless game. It is illustrated by Eduardo Risso in a brutal and sexual manner that exposes the ugliness of America, whilst simultaneously highlighting its diversity and hope inspiring qualities. 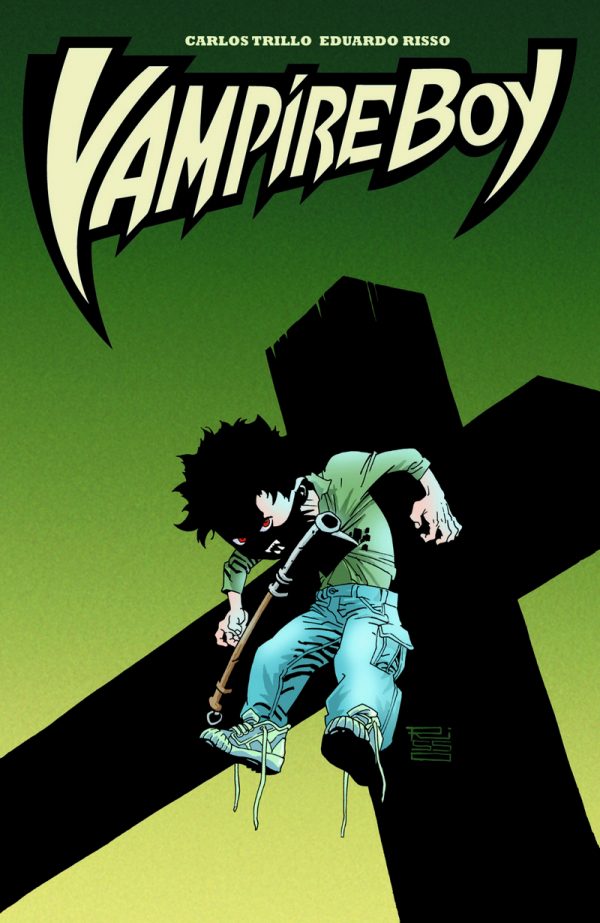 Published by Heavy Metal in 2016, Cates delivers a unique vision of the apocalypse in Interceptor. This hit comic series showcases a cyberpunk city of monsters in the middle of America in a post-nuclear fallout. Interceptor is set in the future where humans have left Earth and vampires remain to take advantage of the new and endlessly darkened world. They crawl from the shadows and gain ranks at the top of the food chain. The artwork is done by Dylan Burnett and he illustrates the story like an exploding black-light poster. This is an interesting twist to the fluffy current vision of vampire stories. 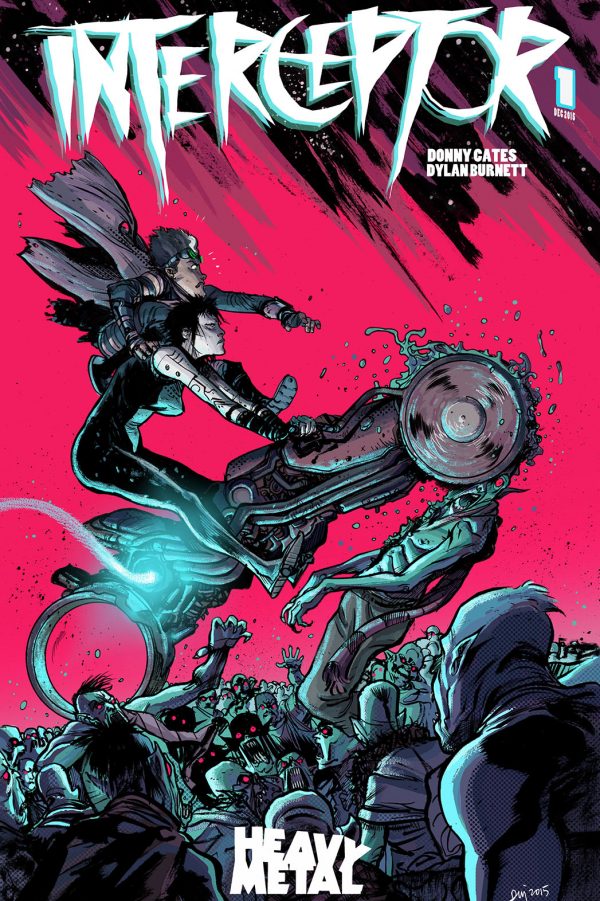 Published by Dark Horse in 2009, B. P. R. D., or Bureau of Paranormal Research and Defense is set in 1947 and is written in a format that resembles a dream that you had last night that you wish you could remember more of. With incredible artwork by Fabio Moon and Gabriel Ba, which is some of the most spectacular comic artwork ever seen, B. P. R. D is a tale of monstrous masquerades in France, set after World War II. Although this story is set in the pre-established Hellboy universe, it stars a whole new crew so it makes it ideal for any fan of the series, as well as any newcomers, to pick up and have a read this Halloween. 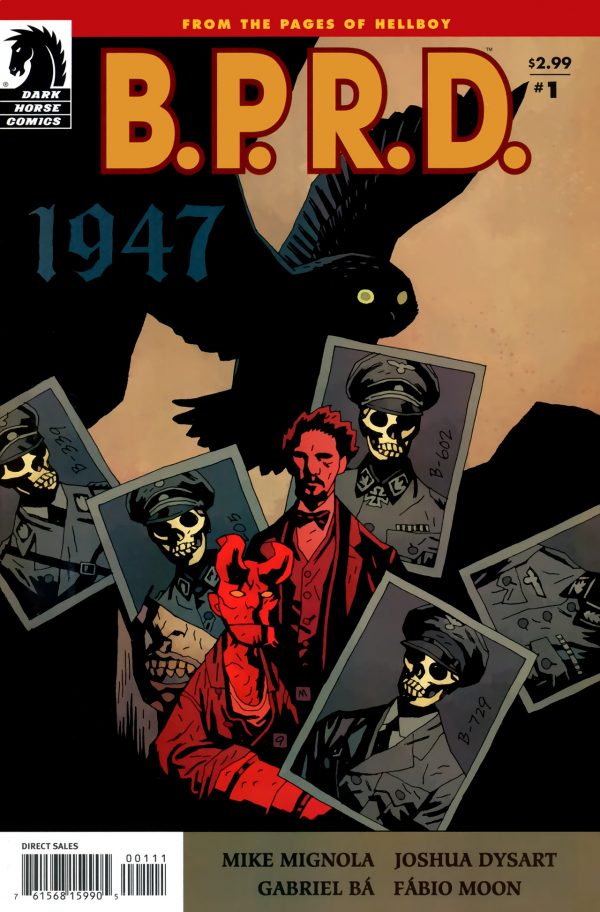 So, why not sink your teeth into one of these comics for Halloween?