It looks like Shakespeare In Love may not have been so historically inaccurate after all—it was confirmed this week by the Oxford University Press that Christopher Marlowe did in fact have a hand in writing some of William Shakespeare’s plays.

Marlowe will be credited as a co-author in new editions of Henry VI: Parts One, Two and Three being released by the Oxford University Press, reports BBC News. This will be his first official co-writer credit on Shakespeare’s work, though some scholars have suspected that Shakespeare collaborated with Marlowe and other co-writers since as early as the 18th century.

According to Bustle, Marlowe, author of Doctor Faustus, has long been the subject of speculation regarding how much credit Shakespeare deserves for the 44 plays attributed to him.

This Marlowe-Shakespeare conspiracy has been making the rounds for years, but the majority opinion has held that Shakespeare alone wrote all of his plays and sonnets. 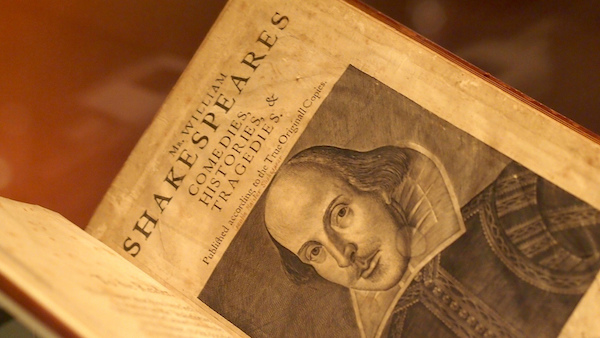 Carol Rutter, a University of Warwick professor of Shakespeare studies, told BBC News that Shakespeare most likely collaborated with actors rather than rival playwrights:

“I would suggest we should look not to another playwright but to the actors… Yes, Shakespeare collaborated. But it’s much more likely that he started his career working for a company where he was already an actor, and collaborated not with another playwright but with the actors—who will have had Marlowe very much in their heads, on the stage, in their voices… They were the ones putting Marlowe’s influence into the plays.”

Perhaps future research will uncover who some of Shakespeare’s other possible co-writers may have been.

What do you think of Marlowe-Shakespeare conspiracy theory? Do you believe Shakespeare wrote a majority of his famous works alone?