Celebrities: they’re just like us! (Except with a lot more money.) However, when it comes down to it, some of our favorite stars share a genuine love for literature just like we do. Check out a few of their favorite and cherished reads below:

“Well, my favorite author is Mark Twain. He’s smart, and funny. Huckleberry Finn, especially the chapter all the purists hate, in which Tom Sawyer stages an elaborate rescue of Jim, is a writer having as much fun as possible. But my favorite book is a two-parter by Laurens Van Der Post, A Story Like The Wind and A Far Off Place. My favorite book used to be The Plague by Albert Camus.” 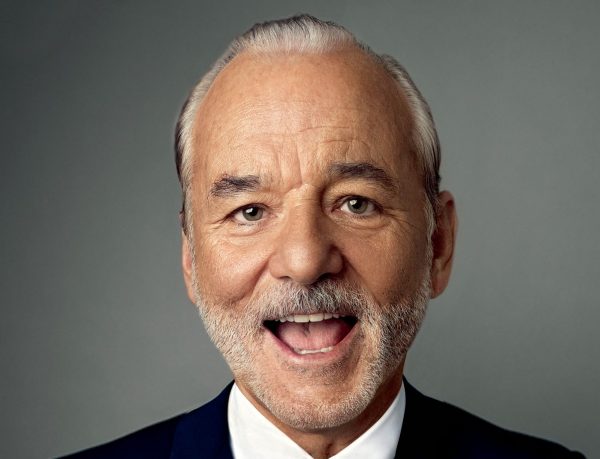 “I often reread [Joseph Conrad’s] Victory, which is maybe my favorite book in the world… The story is told thirdhand. It’s not a story the narrator even heard from someone who experienced it. The narrator seems to have heard it from people he runs into around the Malacca Strait. So there’s this fantastic distancing of the narrative, except that when you’re in the middle of it, it remains very immediate. It’s incredibly skillful. I have never started a novel — I mean except the first, when I was starting a novel just to start a novel — I’ve never written one without rereading Victory. It opens up the possibilities of a novel. It makes it seem worth doing.” 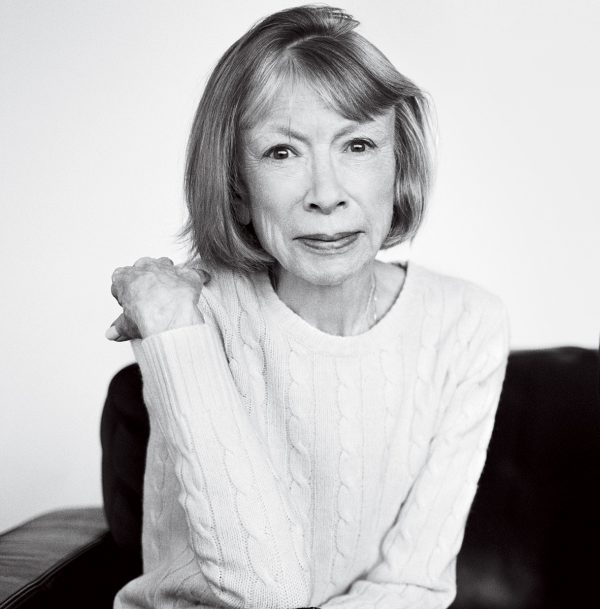 “I’m reading the collected stories of Gogol right now. My favorite book is either Play It As It Lays or The Canterbury Tales — the former will take you an hour to read, the latter a lifetime, both are timeless in my opinion. I have been big-upping Merce Rodoreda whenever I get a chance. A Broken Mirror is a completely, completely, all-time-favorite-list book that doesn’t seem to get a lot of play but I think she’s one of the best writers of the 20th century.” 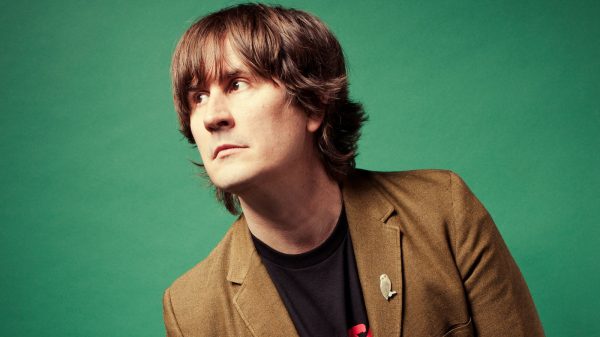 “One of the books that I loved — one of the first books that I loved and read cover to cover in one day — not because anybody made me read it but because the book was good — it was called — it was a book called Song of Solomon by Toni Morrison. And that book helped me love reading, because before then reading was kind of like something you did when you had to do it. But that book, it like grabbed me and pulled me and I just kept reading and kept reading. And any book that does that for me — do you feel that way when you get a book and you just can’t put it down, whether it’s a mystery or one of the gossip things like Camp Confidential? Who reads Camp Confidential? Sasha is loving those books. I think those are just — they just suck her in and she can’t put it down.

So those books are my favorite books. And there are many, many others books that I’ve read like that over the years, but Song of Solomon was my first one.” 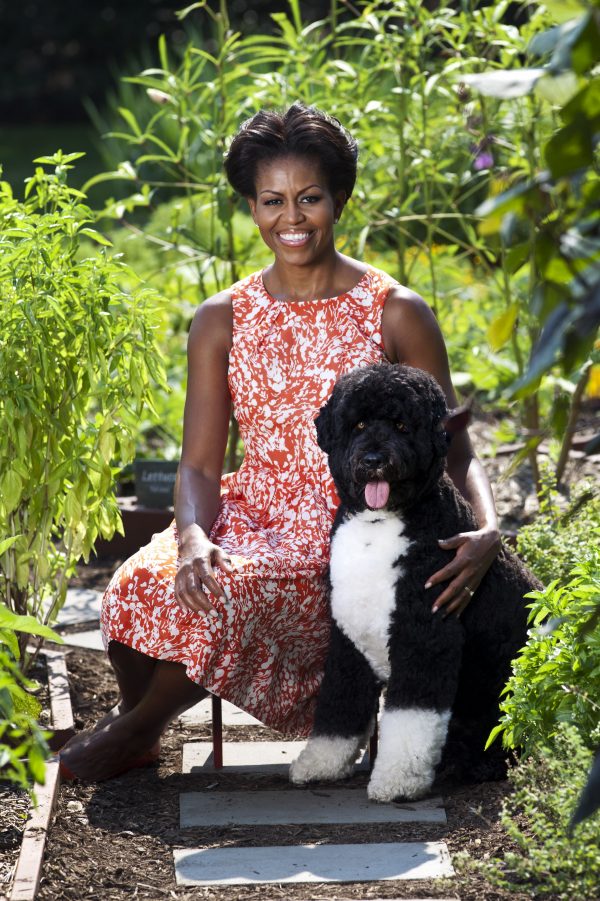 “Oh my god, Isaac Asimov’s Foundation trilogy. It’s one of the greatest books of all time, and the greatest character is The Mule.” 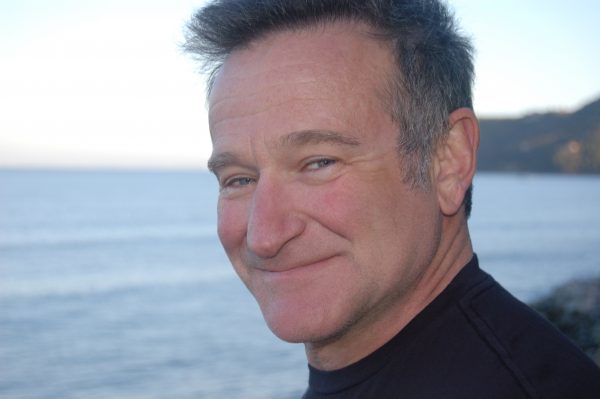 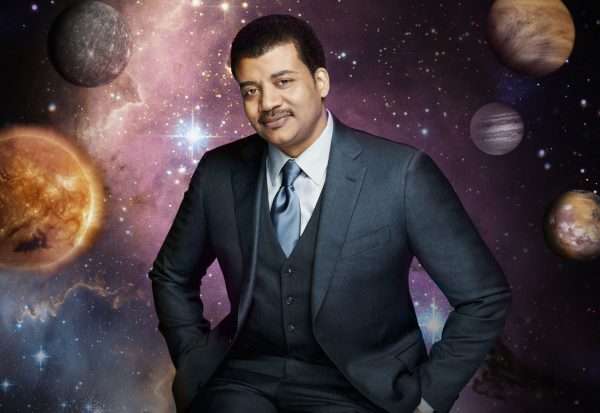 “My favorite author of all time is Nabokov. I’m really obsessed with him, actually… all my Nabokov novels are, like, ravaged by notes crammed into the margins of every page, from readings and rereadings. I especially like the annotated Lolita, edited by Alfred Appel Jr., because I can just luxuriate in his neurotic, exquisite feast of footnotes and endnotes… like a book within a book… amazing.

My other favorite book is The Last Unicorn by Peter S. Beagle. Incredible. One of the greatest literary meditations on beauty, sickness, mortality, loneliness, perfection, defection, bravery/heroism, regret, pity, purity, magic, and power, of all time. So there. The movie is my favorite, too, though for slightly different reasons. I actually just discovered that Mr. Beagle lives in Oakland, which is right near me, so I’m sort of hoping that somehow, someday, I might get to meet him…that would be so amazing….” 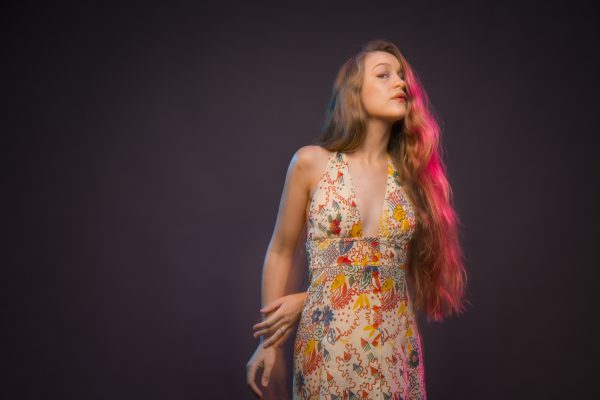 “Well, to be honest, it’s the first little book that’s in the [Imagination Library] program. It’s The Little Engine That Could. Because I’m the little engine that did. I always say that ‘I thought I could, I thought I could” and ‘I think I can, I think I can, and I still think I can.’ So I think that’s a great little inspirational book. It really kinda sums me up pretty good.” 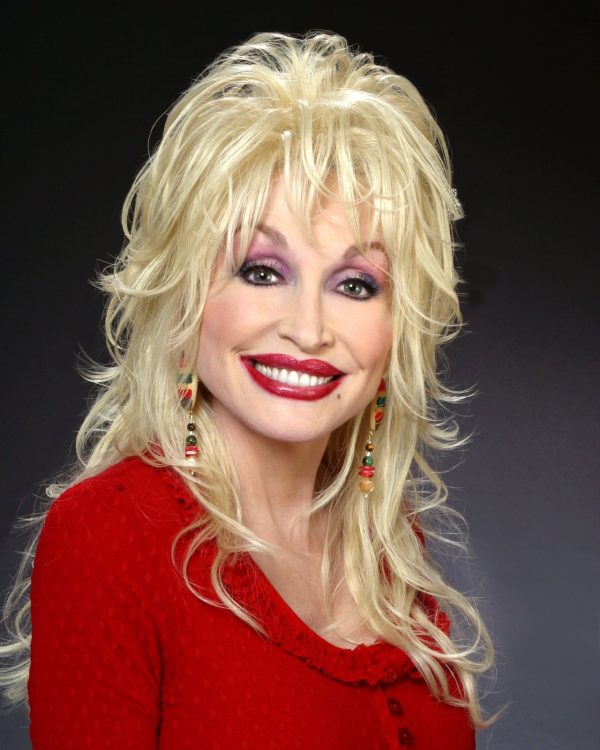 “My favorite book is Replay by Ken Grimwood, about a man who replays his life and the decisions he’s made over and over. The takeaway for me was that no matter what life you’ve led or the choices you’ve made, there will always be great love and great sadness—you can’t escape those two things. I think that’s a great lesson.” 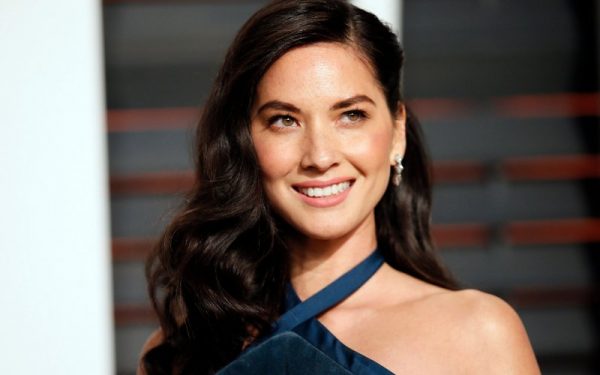 “I have an obsession with books about kids with Asperger’s syndrome. I like the way they think — it suits me. The Curious Incident Of The Dog In The Night-Time by Mark Haddon is great. That and [Jonathan Safran Foer’s] Extremely Loud And Incredibly Close — they’re on a separate bookshelf. They don’t understand what the other books are saying by their facial expressions, but they’re perfectly lined-up.” 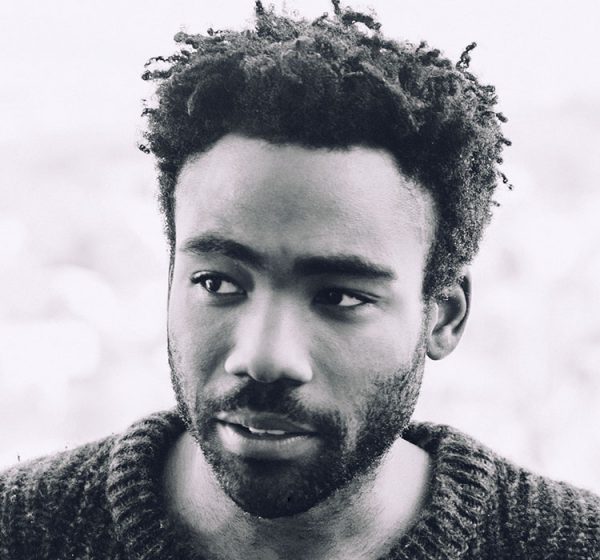 “The Brothers Karamazov made a lasting impression on me when I read it as a young woman; I intend to reread it this summer to see what I now think about it. My favorite short stories are by Alice Munro, especially her collections Carried Away and Runaway. That’s an easy choice for me compared with the many poets I’ve appreciated over time. Included in that list are E. E. Cummings, T. S. Eliot, Seamus Heaney, Pablo Neruda, Mary Oliver and W. B. Yeats.” 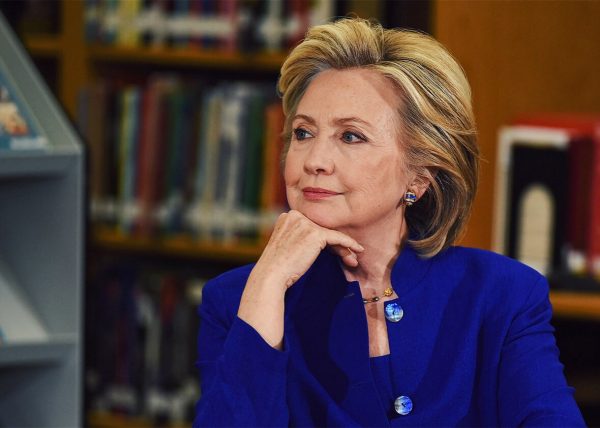 “I loved Faulkner’s use of voice in As I Lay Dying. Not just the way the chapters are told by different characters in first person, but the way that the characters’ interior and exterior voices clash. The interior monologues are so much richer and more complex for Faulkner. He gives voice to the characters’ emotions for them. This isn’t a short story collection, but each character has his or her own story and perspective even if they are all linked by the burial of Addie.” 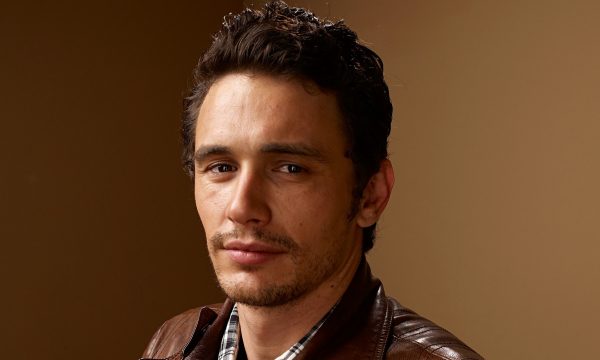 “I love Lolita. I read it for the first time in fourth grade, because I was told that it had sexy parts. And because Nabokov is such a good writer, I was unable to find any of the sexy parts. Obviously, elderly men should not molest young women, but it has this incredible ability to flip the tables and remind you that characters are complex and humans are troubled.” 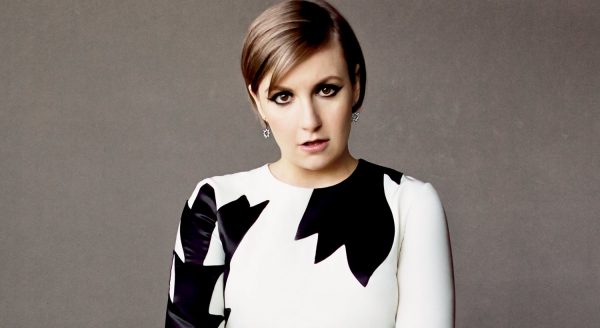 “The Fountainhead. Mawson’s Will. My brother-in-law gave me that book 15 years ago, and I was so moved by it I was scared to read anything else. Human will can be stronger than any elements, and where there is fortitude, there is great achievement. One Thousand White Women. Anna Karenina is a good jumping-off point into adult reading. I find Russian writers to be very charismatic storytellers; and that is where their charisma ends.” 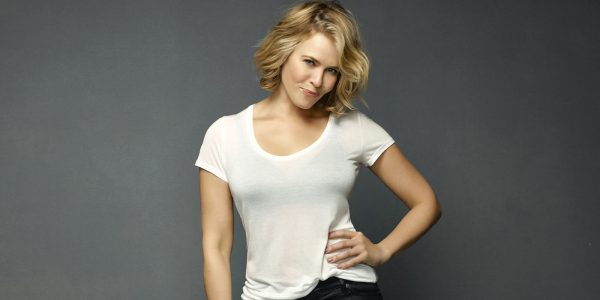 “[The Woman Who Walked Into Doors.] It is the most remarkable book. Roddy Doyle gets inside the head of his character so utterly, so completely. I don’t think I’ve ever encountered such a believable, fully rounded female character from any other heterosexual male writer in any age. I should emphasize that I would feel the same way about the book if it had been written by a woman; I would still think it was the most remarkable achievement. But when I sit back and think, ‘A man wrote this?’—phenomenal. He has created a woman who, you imagine, will go to the bathroom and defecate. He also leaves her with her dignity, even though what she’s going through is a horrific thing. And he does it all in such a subtle way. I do think he’s a genius. His dialogue is irreproachable. And your heart…you’re totally drawn into his books. I’m very passionate about Roddy Doyle, and I’ve never met him, which is a frustration to me.” 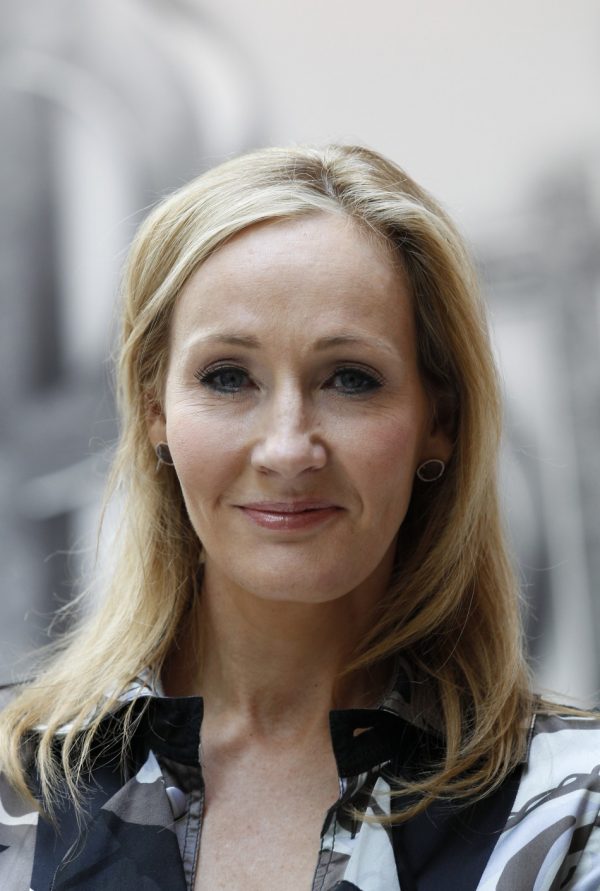 “[Traveling Mercies.] The autobiographical essays in this collection cover faith and family, booze, men, and self-love. They’re full of the small moments in [Anne] Lamott’s life, the observations that make you laugh really hard and make you bawl really fast — two of my favorite activities. She talks about how the most popular prayers are ‘Help me, help me, help me’ and ‘Thank you, thank you, thank you.’ I’ve read all her work, and she continually surprises me and speaks to me. One of the lines from this book that I love is: ‘All you can do is show up for someone in crisis. You’re there-ness… can be life giving, because often everyone else is in hiding.’ That’s just killer.”

Lamott is so open and funny and honest about her own shortcomings and insecurities that you feel connected. She takes away the mystery of things like writing or religion or motherhood and makes you feel included in a very human way. I think every good book should make you feel connected to the rest of the world.” 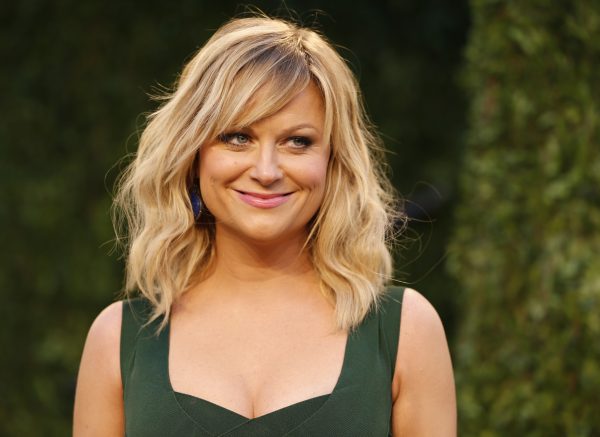 Do you share any favorite authors or books with the celebrities above?

Featured image via Book & A Cuppa