Few authors have mastered several genres. Some dabble in several or master a couple, but 86-year-old Ursula K. Le Guin has produced masterpieces that shine in every section of the book shop. She admits she’s slowed down, but she hasn’t stopped: four new publications hit the shelves this year. Here are just a few titles, each representing a different genre or form:

1. Novel: The Left Hand of Darkness

This is the novel that alarmed the Literary Establishment (picture smoking jackets, brandy, and lots of “harrumphing”) by blurring the line between popular science fiction and literature. Then again, they didn’t seem to mind being alarmed: they liked it, and so did everyone else. It follows Earth anthropologist Genly Ai to a planet that hosts dangerous political rivalries, an androgynous humanoid species, and perilous icy wastelands. This is a book to read perennially, as it successfully approaches the human condition from so many different angles.

2. Children’s Novel: A Wizard of Earthsea

I first read this as an adult. For those who had the privilege of reading Le Guin as children, I salute you. No matter the reader’s age, this book elegantly tells a hero’s journey tale, with echoes of The Odyssey as it’s set on a series of islands. If you love Star Wars (planets are like islands, eh?) or Harry Potter (wizard school before it was cool), you’ll find the Earthsea Cycles series to be at once familiar and fresh nearly 50 years after its publication. 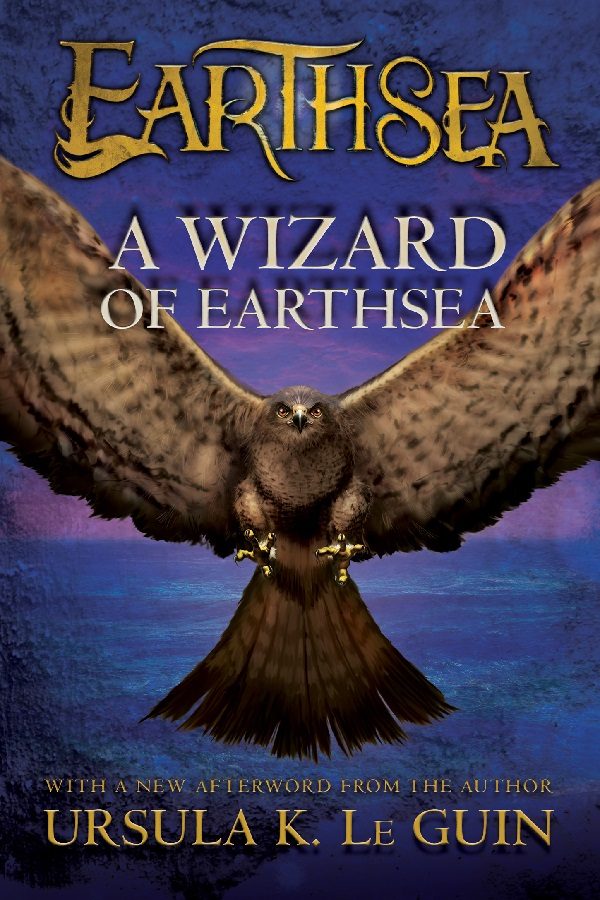 3. Young Adult Novella: Very Far Away from Anything Else

Here’s one for John Green‘s list. Sure, first love is heartbreakingly reminiscent of the juxtaposed insecurity and confidence that characterizes adolescence. But don’t think it’s a sappy book. The emotional currents are strong, but the narrative is driven by the sort of stark existential observations we come to expect from teenagers, and the wise fools who both challenge and affirm a comfortable adult worldview. 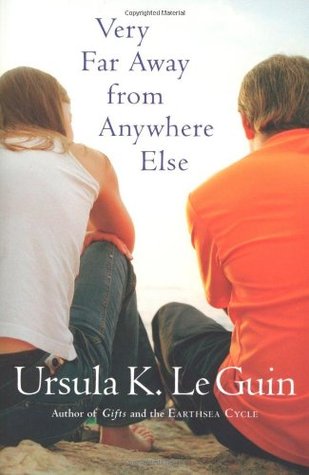 If you ever want to return to the childhood excitement of, “Read it again! Read it again! Again!” try these stories on for size. The stories in this volume explore exotic, imaginative settings. My favorite features a planet where the inhabitants are driven by migratory patterns. The polar vs. equatorial lives they live may be alien, but the story touches on more human themes than some stories about, well, humans. 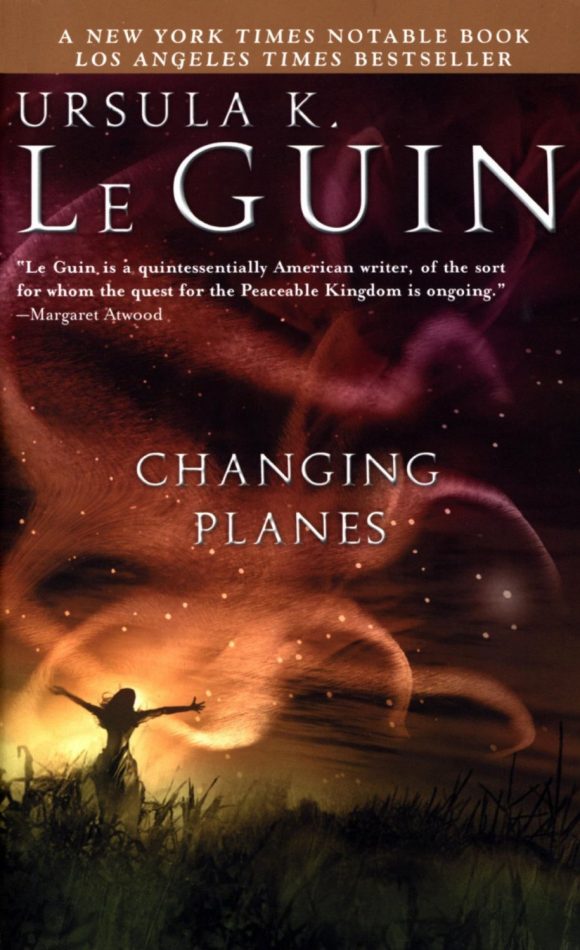 Le Guin started her writing career as a poet, which explains her expertly distilled prose. Like her prose, her poetry is accessible to a wide audience while also having literary merit. To poets and scholars, the musicality of poetry is one of its obvious attributes; Ursula makes the page sing for everybody. 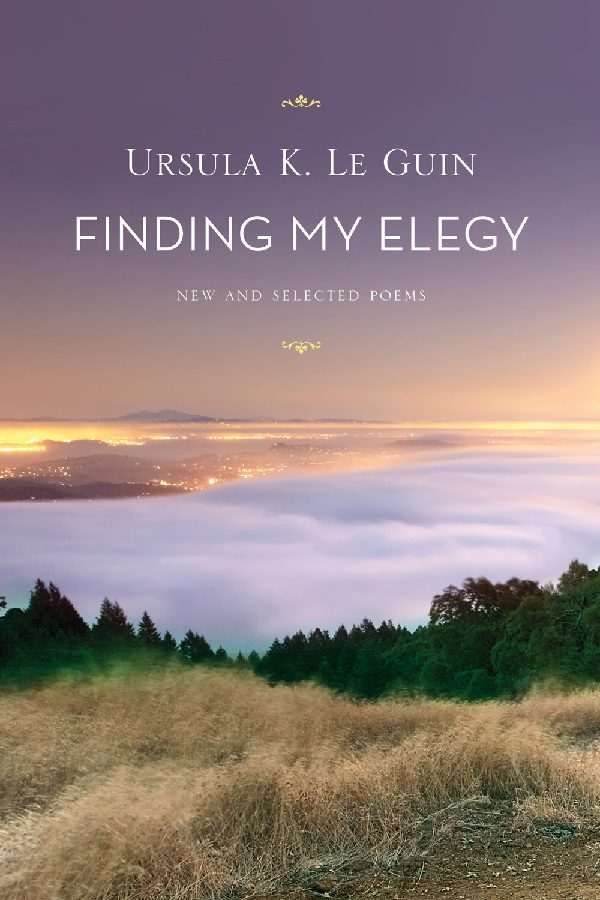 6. Nonfiction: Words Are My Matter

Ursula Le Guin is an opinionated, politically engaged, passionate woman. This collection showcases her views on art, economy, politics, women’s issues… In fact, writing this in a listicle replete with financially necessary ads makes me blush, because in it she criticizes profit-driven writing platforms. Baby steps, Ursula. We don’t make the rules. 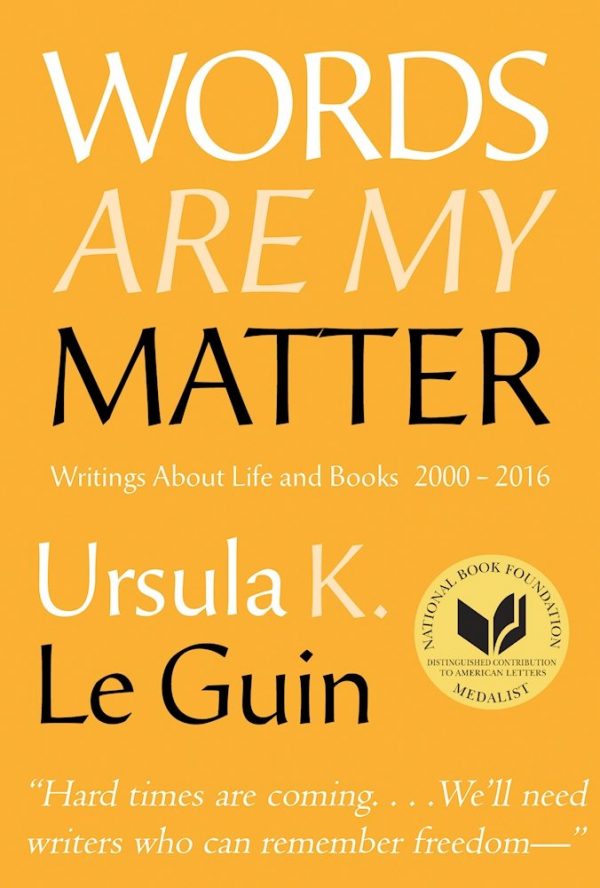 7. Translation: Lao Tzu: Tao Te Ching: A Book About the Way and the Power of the Way

Who better to handle the wisdom of the Tao? Just because she’s opinionated doesn’t mean she has no chill. This is the meditative yin to her feisty yang. Le Guin’s translation is the #1 bestselling book in Amazon’s Taoism category, which is ironic because she has some choice words for Amazon. 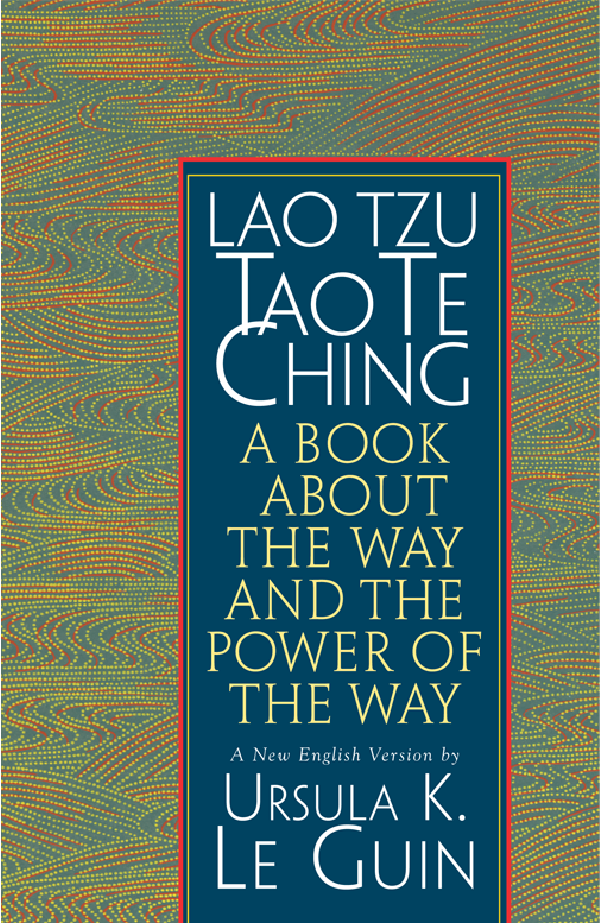 I can tell you where I was while reading each book on this list. Remembering my setting when I squinted and cried and laughed and sighed at the text indicates how memorable the pleasure of reading Le Guin is, the lasting impression a reading leaves even when you forget some details of the story (all the more reason to read it again!). What’s your favorite flavor of Le Guin?