Greek and Roman mythology was brutal. Many of the most famous tales are accounts of war, revenge, wanton frenzied violence, or all of these at once. In honor of October and the predilection with death and the underworld that pervades American culture during this month, here is a list of eight (Octo-ber, get it?) memorable deaths, murders, and descents to the underworld from the ancient world.

1. Achilles And The Death Of Hector

This scene is arguably the entire point to Homer’s Iliad. The arc of the plot serves to force this confrontation. Achilles begins this phase of the Trojan War unwilling to fight because he has been insulted by Agamemnon, something that was MUCH more significant to Greeks than it would appear to us, but that’s another article. The fighting intensifies throughout the story to the point that Patroclus, (Achilles’ very good friend and brother-in-arms), felt the need to fight in Achilles’ armor and ends up being killed by Hector. Whops. This is the catalyst for Achilles to take to the field once again and brings about one of the most famous battles in mythology which takes up the majority of book 22 of the Iliad. After killing him, Achilles defiles Hector’s body by dragging it behind his chariot, a fate not worthy of such a hero. 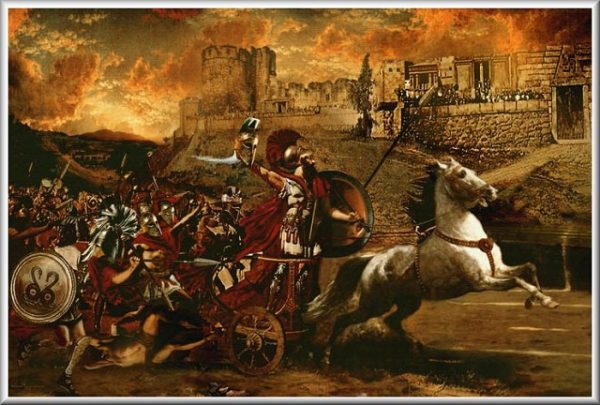 2. Agamemnon’s Death At The Hands Of Clytemnestra

Agamemnon, contrary to the movie, Troy, did not die during the Trojan War. But he may have died because of it. Ancient authors had a number of traditions surrounding Agamemnon after the end of the Trojan War. The most interesting (to me) is that he came home and was stabbed to death by his wife Clytemnestra. This was not a random stabbing or a fit of passion, but a murder of revenge for the death of their daughter, Iphigenia, whom he had sacrificed for safe passage to Troy. Other stories indicated that he was killed because she had taken up with another man during his ten-year absence, but the idea of revenge is just so much more satisfying. 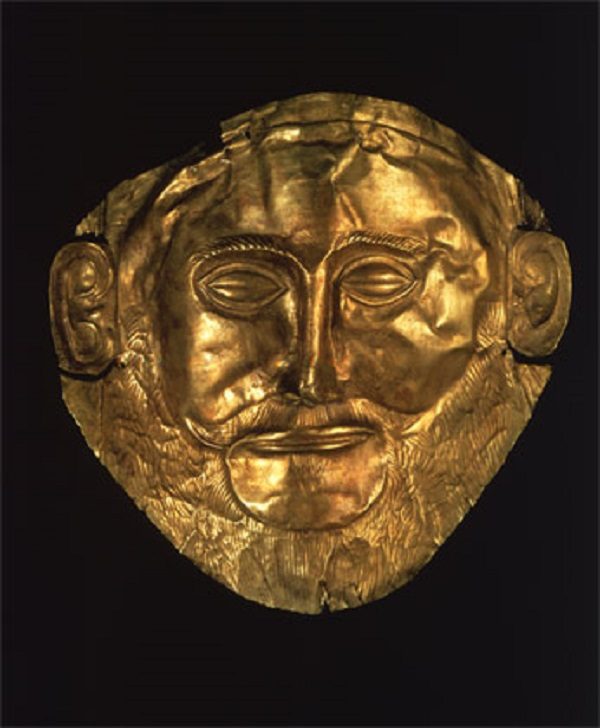 3. The Massacre Of Penelope’s Suitors

By the end of the Odyssey, Odysseus had been absent from his home in Ithaca for over twenty years. The other surviving heroes of the Trojan War had returned almost a decade earlier, and Odysseus was presumed dead. This made Penelope, Odysseus’ wife, the most eligible bachelorette in the Adriatic. Her father had been pressuring her to get remarried and she had a horde of suitors living in and off the house and hospitality of her husband. They were literally eating away her son’s estate and inheritance. These were not nice men even among the chauvinistic norms of ancient Greece. So what does Odysseus do when he comes home and discovers a bunch of men trying to wed his (now obviously not) widowed wife? Does he go up to them and calmly explain that he has returned and that Penelope is no longer available for courting? Of course not. He locks the doors and kills them all with only his young son and pig-herder for help, something much harder with a bow and spear than it would be today. 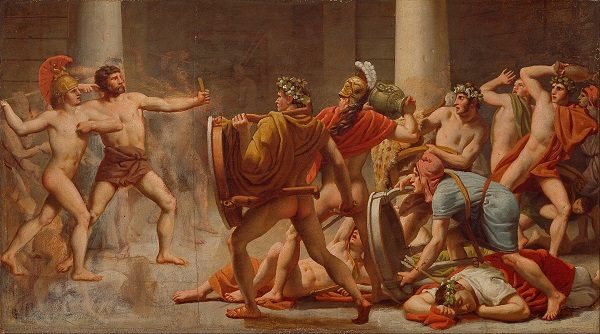 Source: Hannah Arendt Center For Politics And The Humanities

4. Odysseus In The Underworld

Before Odysseus ever gets home, however, he descended down into the underworld. This is a task only undertaken by the greatest of ancient heroes. Often, it is to seek a lover who died prematurely in order to bring them back to life, not so with Odysseus. He goes to visit a deceased prophet so that he can escape Circe’s island and return home to Ithaca. There, he encounters many of the dead heroes from the Trojan Wars, including Agamemnon who he had not known had died, as well as members of his own crew. This is a much more unsettling trip to the underworld than most (not that the underworld is usually a nice place). 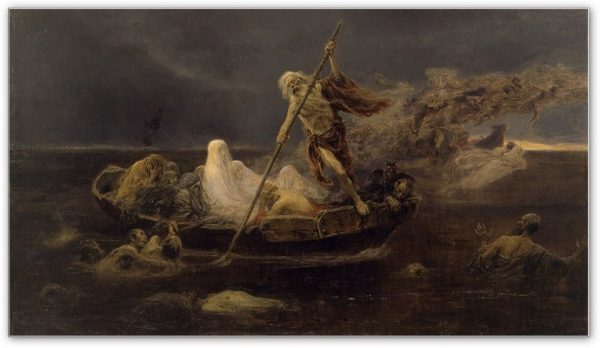 Orpheus’ voyage to the underworld is a more usual example for a Greek hero. He is going to seek his lost love, Eurydice, and has to bargain with Hades to get her back. The conditions for her return is that she must follow him back to the mortal world, but he cannot look back at her. As is usual for the Greeks, temptation gets the best of Orpheus and he looks back right as he was about to leave. She is then whisked back and he is left to wander alone forever (or at least until he is killed by his screaming fan-girls). 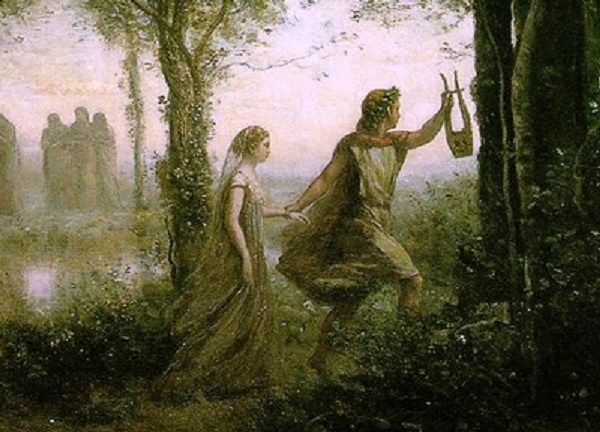 The story of the Danaids (Daughters of Danaus) is not as well-known as the many of the rest of these stories. It is related in the Bibliotheca by Pseudo-Apollodorus. The Danaids were engaged to marry the sons of Aegyptus, Danaus’ twin brother (Greek mythology is full of stuff like that). And when you get to the Ptolemaic dynasty, their history gets even stranger). Danaus, who had fled to Greece to escape his brother, felt forced into this arrangement and ordered his 50 daughters to kill their 50 husbands on their wedding night. All but one of them complied, and were then forced to draw water for all eternity. With perforated buckets. 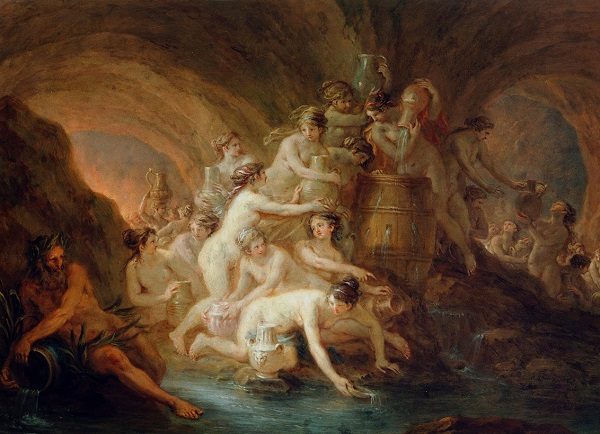 Medea was a piece of work. She was considered a witch from the edge of the Greek world (the Black Sea) and was involved with Jason and the Argo. While fleeing her father to marry Jason, she killed her brother and threw his body over-board to slow down her father’s ships because she knew that they would have to stop to gather and bury the body. She also cut it in pieces so that it would take longer. And she only got worse from there. 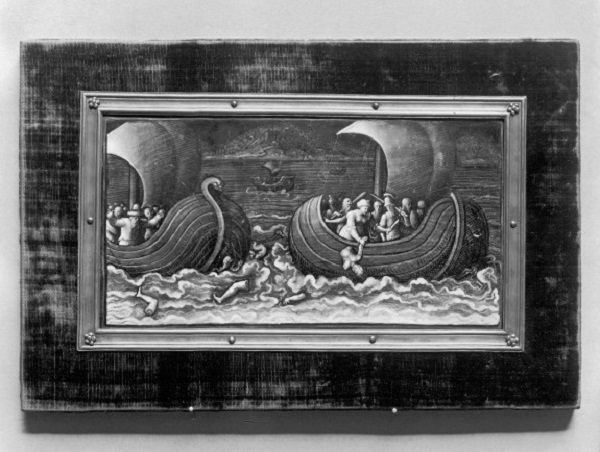 In Euripides’ Bacchae, Dionysus pulls off the most diabolical response to a minor slight in the history of literature. Pentheus had been denying the divinity of Dionysus and had planned on attacking the reveling worshippers. Dionysus convinces him that it would be smarter to sneak into the camp and gather intelligence first. Pentheus dress as a woman (all of the worshippers were women) and goes into the camp. There, he climbs a tree and is revealed to be a man by Dionysus. He is then held down and killed by a horde of possessed women, and his head is carried back into town by his own mother, who is naturally horrified when she comes down out of the Bacchic frenzy. So party carefully this October!

Which Greek Mythology Tales do you love inquiring about?