Nuit Blanche is an art festival that graces the streets of cities such as Toronto, Montreal, and Paris. In fact, over 120 cities worldwide have included Nuit Blanche activities at their celebrations. So what is Nuit Blanche?

“Nuit Blanche” translates roughly into “all-nighter” in English. The festival took place from sundown to sunrise on October 1st – October 2nd, and featured art installations from artists all around the world. In Toronto, Ontario (Canada), it is not simply a collection of larger than life art installations. Nuit Blanche is an all-night love affair with the city. There is free public transportation (FREE!), trendy bars open extra late, and hordes of other art enthusiasts wander the streets. The city at night is already a beautiful site, and with spectacular exhibits to please everyone’s tastes, it becomes awe-inspiring.

Art comes in all forms from performance art, to sculptures. From storytelling, to painting, and beyond. Literature is art. Words, poems, stories, novels, and pose are all forms of self-expression and they can all be found at Nuit Blanche.

This activity was created by the anonymous artistic group, Luzinterruptus. Designed to be recycled, this bookish project was put together with help from volunteers. It took over the street with an abundance of donated novels. The installation celebrates the texture of paperback books. The best part: If you hung around until the last few hours of the night, you could take a book home. Any book! *insert emoji with giant heart eyes* 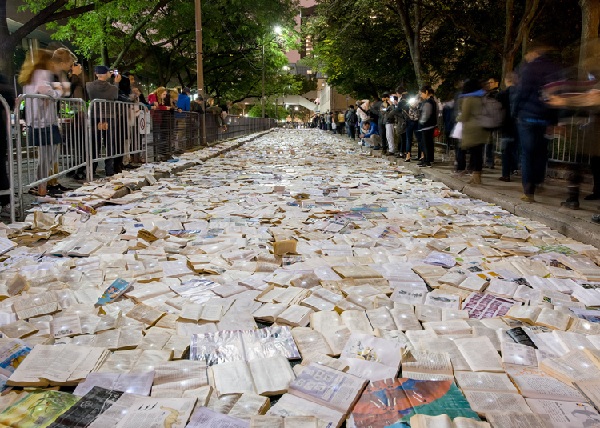 Militant Nostalgia is a series of meditation installations curated by Paco Barragán. These exhibits sprawled on John Street, between Dundas Street and Front Street, were compiled of 10 projects. In his curatorial statement, Barragán describes the installations as “a meditation on history and time. Nostalgia functions as a bridge between the collective (history) and the individual (memory).” This collection, although considered dark at times, hit home for anyone who has read novels on war and history, and also anyone who looks to our past as a way of coping with our present. 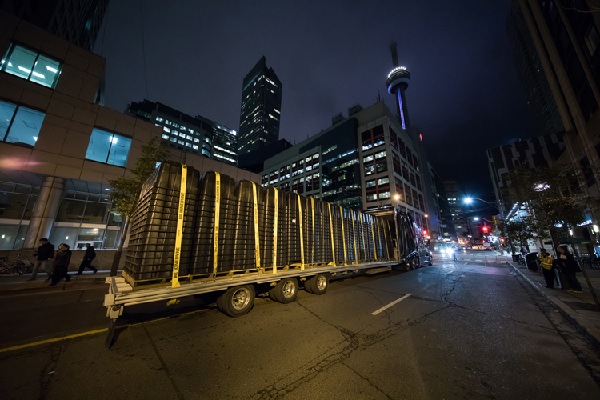 is an up-cycled wonder. Artist Kelly Jazvac created this piece with salvaged billboards and displays her arinside David Mirvish Books. Jazvac used to work part-time at Mirvish Books, and pays homage to her time there, and to the neighborhood with her enjoyable artwork. It’s a warm space (filled with books!) and an exhibit to swoon over. 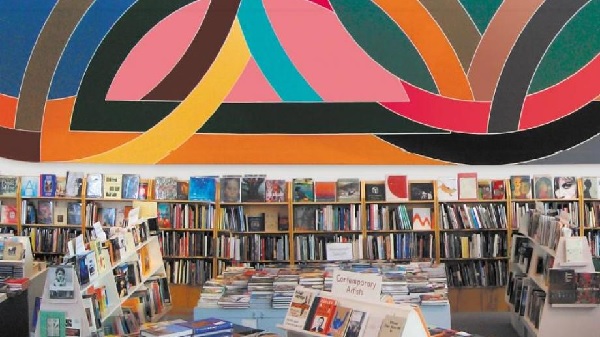 100 Libraries, 99 Books was a genius installation put together by John Shipmen. Using a heritage church, he designed a medieval chain library. Here, patrons found separate stalls representing different libraries found in Canada, and around the world. In each stall there was a reading light, desk, sign of the library, and book on a chain. Yes – a chain. In the exhibit you can add your own 8 page book, create a barcode for it in the Department of Household Science and Advanced Proverbs Library’s catalog, and then borrow it back forever. So Awesome. 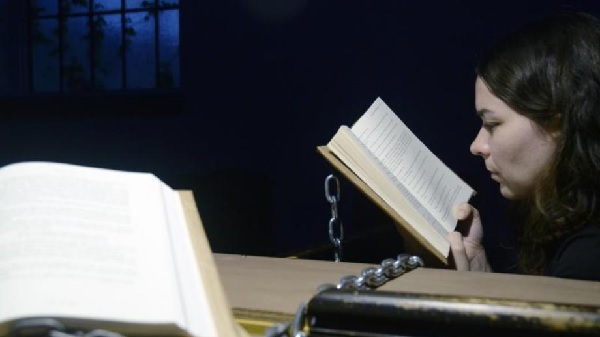 The Theatre is proof that a picture is worth a thousand words. Matthew Monteith tells a vivid story using this giant collage of photos, appealing to the reader in all of us. His large scale photo was placed in the Alley behind the famous Honest Ed’s in Toronto. Stretching the length of the alley, the photo is an inverted representation of the store windows. It showcases the passing personalities and everyday city dwellers. 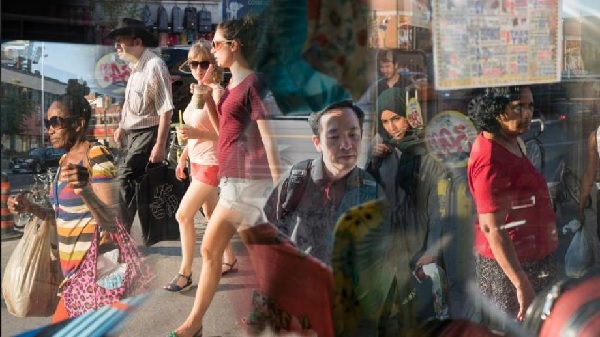 Cozy bookworms everywhere, put down your novel for one night a year, and check out this festival. Your inner book nerd will appreciate it.

Are you looking forward to Nuit Blanche 2017?