It’s a vision out of some people’s nightmares. It’s dark. You are on your way home. You happen to look over your shoulder and see a splash of color among the hedges. A clown. It could be just standing there, watching you. Maybe it is beckoning you towards the darkness.

This might sound like a scene from Stephen King’s It, but clown sightings have become an epidemic. People have spotted these rogue clowns across America since August and lately the craze has been spreading to Canada, Europe, and Australia. The hysteria has lead to dozens of arrests due to perceived threats. This phenomenon has gotten so big that it came up during the White House’s press briefing this week.

The very first reported sighting was of two clowns in Greenville, South Carolina. They were reported trying to lure a small boy towards an abandoned house in a wooded area.

As the hysteria gains traction, the father of clown horror, Stephen King, has come forward with a plea for this to stop: 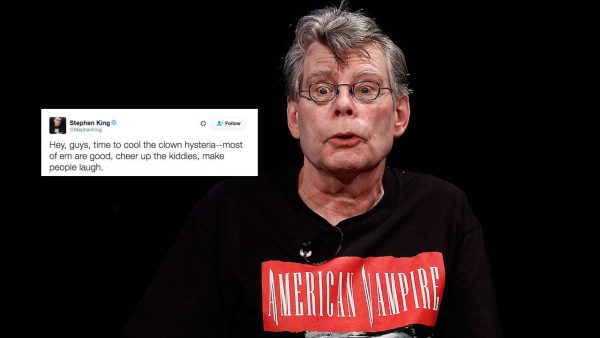 What started as a prank has gotten way out of hand. No one is finding these clowns funny anymore. Professional clowns are finding it difficult to make people smile when everyone assumes you are there to scare them. Several clowns have reported being chased, having things thrown at their vehicles, and being verbally assaulted.

How did this craze start in the first place? The most iconic scary clown is Pennywise from Stephen King’s It. In the novel, Pennywise is a being that exploits the fears and phobias of its victims. In 1990, Tim Curry gave Pennywise a face with his fantastic portrayal in the It movie. In April 2016, it was announced that a movie is going to be made based on the novel, starring Bill Skarsgård as the horrifying clown. It was the story that created the fear of clowns in many people, and with the new movie being released in 2017, it is the perfect time to remind us all how scary a clown can be. 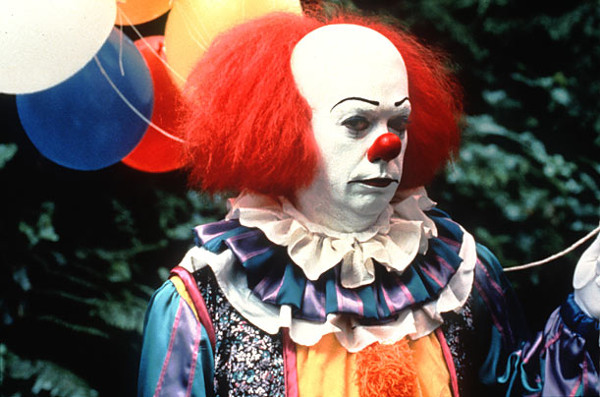 While the hysteria was mostly fueled by social media, some small business have taken advantage of the clowns as a means of advertisement. In one case in Massachusetts, a video of a clown with balloons and a sign reading “Free Hugs” chasing a car was found to be a marketing stunt for a local haunted house. The studio responsible for the 2017 adaptation of It have denied using the creepy clown hysteria in any of their marketing.

Have you seen any clowns wandering around? 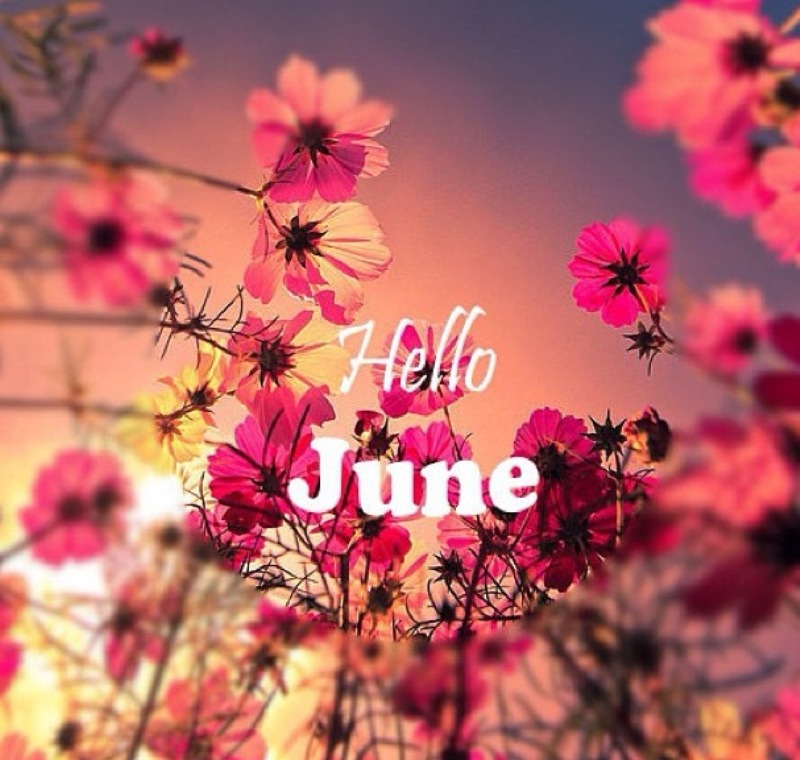