They say you shouldn’t judge a book by its cover, but where’s the fun in that? These covers have been judged, weighed, and found to be…absolutely gorgeous. Give your eyes a treat and your bookshelf some love with these five aesthetically pleasing covers from a wide range of genres:

1. Book of Numbers: A Novel by Joshua Cohen (Special Edition)

“Messy” and “busy” may be a hard look to achieve while keeping things aesthetically pleasing, but the dust jacket for the collectible Harvill Secker edition of Book of Numbers pulls it off perfectly, which makes it the entry on this list in the category of genre fiction.

The multi-colored jacket designed by Suzanne Dean is a perfect match for a book that has been described by the New York Times as “a digital-age ‘Ulysses‘” and “a hot mess.” It’s hard to keep track of everything that’s going on…unless you view the cover in a different light.

Literally. If you look at the cover through red, blue, green, or yellow light, you’ll see a different picture emerge. Pretty neat, and perfectly suited to a book that isn’t all it appears to be on the surface. 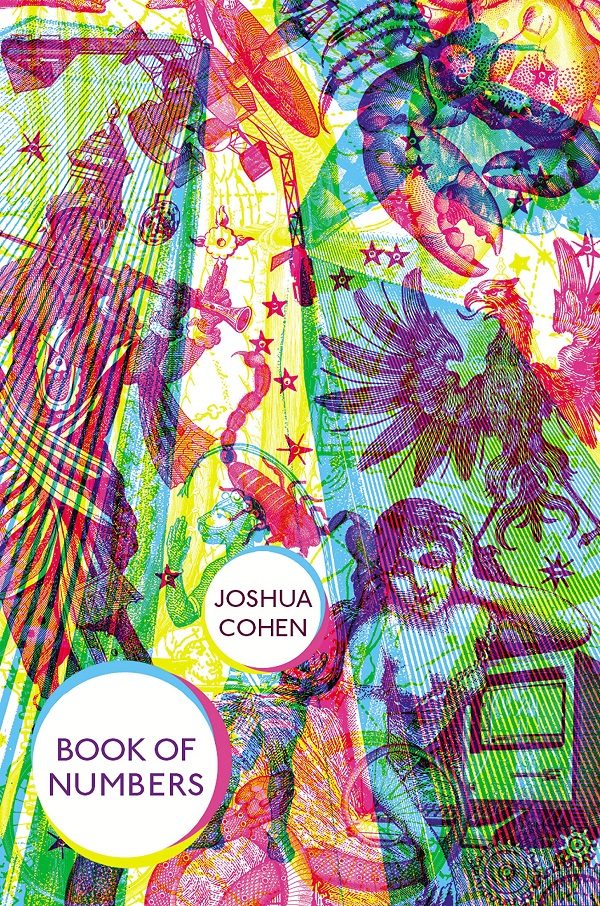 2. A Natural History of Dragons: A Memoir by Lady Trent by Marie Brennan

A Natural History of Dragons, the first in The Memoirs of Lady Trent series is this list’s pick in the category of fantasy due to the majesty, charm, and character that its cover conveys. Fantasy artist Todd Lockwood contributed the enchanting cover art for this novel that blends fantasy with ecology.

The dragon’s pastel blue skin contrasts nicely with the cut-out view of the dragon’s muscles, ligaments, and bones. Small numbers point to various parts of the dragon’s body; it’s obvious just by looking at the cover that Lady Trent is a person of meticulous detail. It’s an interesting commentary on humanity whilst treating one of the fantasy genre’s most villainized monsters with curiosity and empathy. 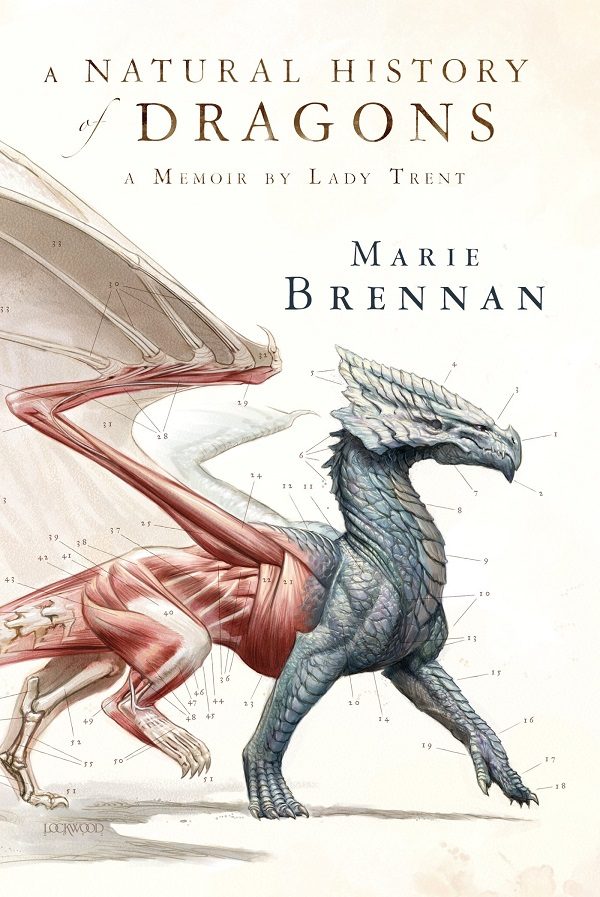 Minimalism is an artistic movement that seeks to eliminate anything that isn’t needed in order to capture the very essence of an idea. Some artists use this technique to create bold book covers that convey a book’s major theme using the bare minimum of shape and color. And it looks great, too.

The UK covers of Haruki Murakami’s works of contemporary fiction take the minimalistic approach for some examples of truly stunning covers. This cover, in particular, uses color and shape to create the optical illusion of a man in the space between two buildings. The white moon and red buildings tie into the urban nightlife that serves as the novel’s backdrop, and the faceless human shape is perhaps the spirit of the city itself, a living, breathing organism itself made up of many stories. 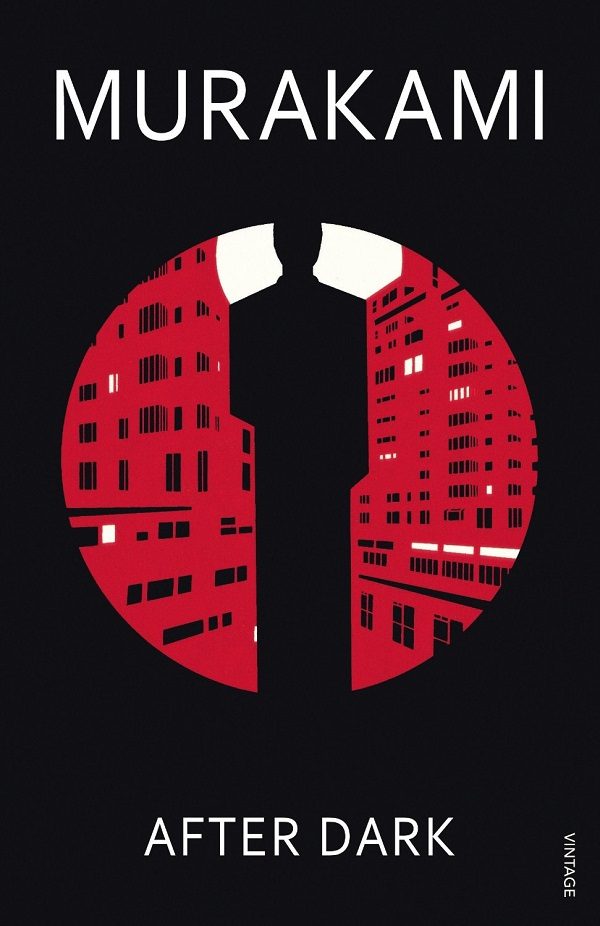 Chances are, you’ve probably seen one of Peter Mendelsund’s covers before: he’s done updated covers for books by Franz Kafka, James Joyce, and Fyodor Dostoevsky, and he’s responsible for the iconic covers of the best-selling Millennium book series by Stieg Larsson. His covers are minimalistic pieces of expressionist art: that is, art that attempts to evoke emotion and ideas without necessarily being imitations of reality.

What’s so fantastic about this cover is how it invites personal interpretation: the long black shapes could be shadows split off from the circular shape, or bars on a prison cell, exclamation points, the rays of a black sun, the points of daggers or accusatory fingers. The contrasting black and white creates the illusion of depth, and the absence of color makes the piece feel solemn, almost brooding, a perfect fit for the tone of Dostoevsky’s crime fiction masterpiece. 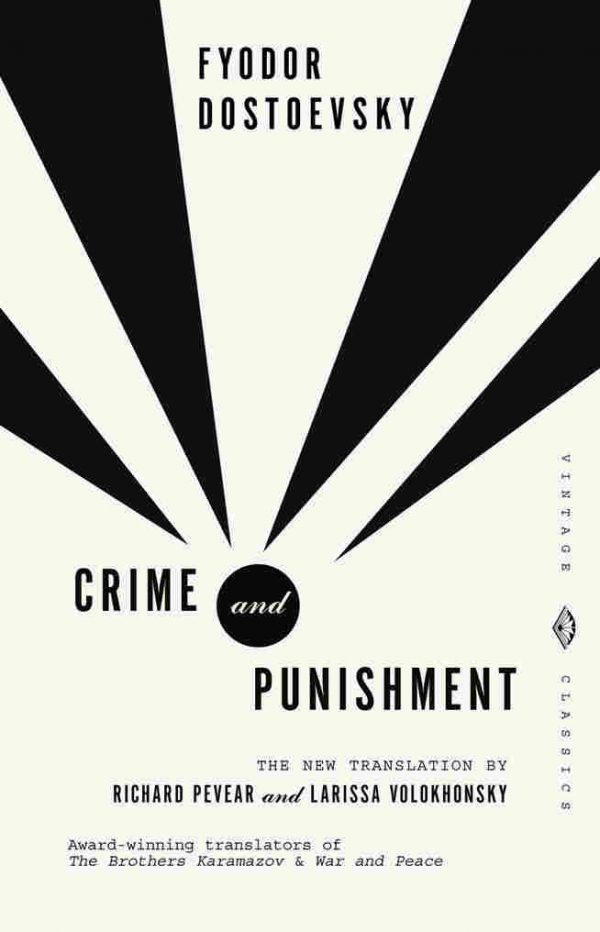 In 2011, Simon & Schuster hosted a contest in which the publisher asked fans to design the new cover for the 60th Anniversary Edition of the beloved dystopian novel Fahrenheit 451. The winner was this minimalist cover submitted by Matthew Owen, an art director from Little Rock, Arkansas.

It’s simple, effective, and straight to the point. The book on the cover doubles as a matchbox (or matchbook, if you please), and the bold red-and-black color scheme alludes to the fire used to incinerate a world of knowledge in Fahrenheit 451‘s dystopian society. A fantastic tribute to a novel whose legacy is everlasting.

Bonus: There is also a similar, fantastic concept cover with a match and striking paper designed by artist Elizabeth Perez! 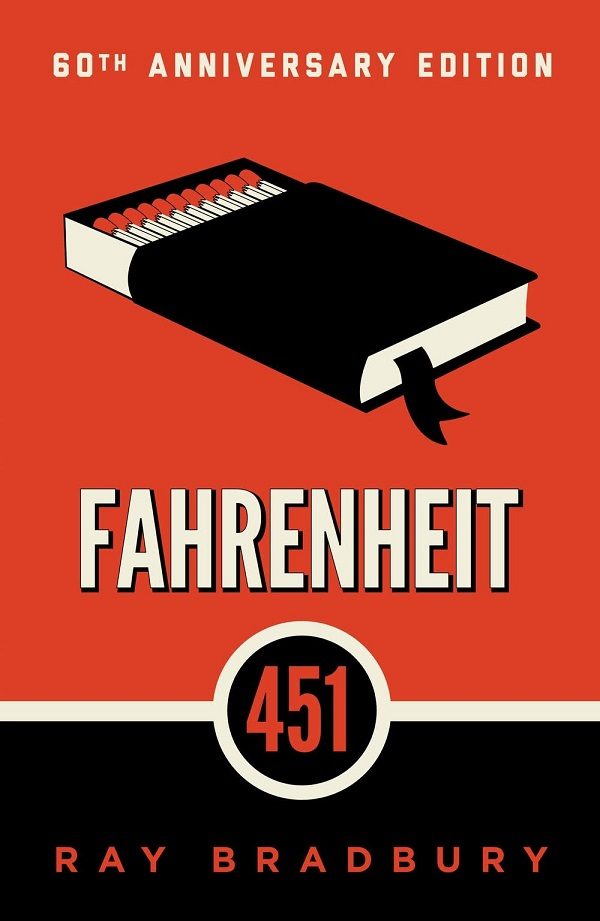 Which cover do you have displayed proudly on your bookshelf? 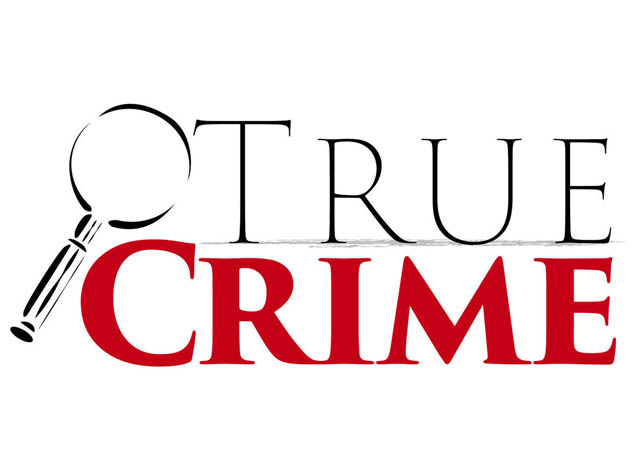