If you’re a fan of Sarah Jessica Parker it’s well known that the girl likes to read. There are pictures all over the internet in which she has her head stuck in a book, and even her most famous TV role, as Carrie Bradshaw, has literary roots. The hit HBO show Sex and the City is based on the novel, which holds the same name, written by Candace Bushnell. 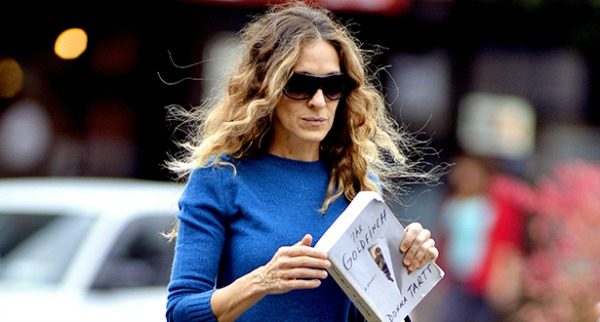 Well, our favorite city girl is about to join the literary world herself! If you’re wondering what her book is going to be about, stop, because Sarah Jessica Parker won’t be writing her own novel. (Yet) She’s actually going to be taking a spot as editorial director for well known publishing house, Hogarth. A publishing house that has been around since 1917 when it was founded by Virginia and Leonard Woolf. Yes, that Virginia Woolf.

Sarah Jessica Parker has always had a love for books, which makes sense, as her father was a poet and journalist, and her mother was always a lover of books herself. It seems as if Sarah Jessica Parker’s new job is one that she’s been training for her whole life, and it will be so much fun to see what books catch her eye. She’ll be in charge of finding, editing, and publishing up to 4 books a year. And I for one, am excited to see what she digs up.