The world of Avatar: The Last Airbender and The Legend of Korra is best known as the setting for the series of adventures that played out on television. The world that they developed through Aang, Katara, Sokka, and Toph was compelling enough to draw the creators back to give us the adventures of Korra, Assami, and Tenzin. These stories were well constructed, and kept their focus on the characters that made up the heart of the shows and each ended in spectacular fashion. These were superb stories, and I am ecstatic that they are once again continuing the exploration of this complex and beautiful world in print.

After the original series ended in 2008, Michael Dante DiMartino and Bryan Konietzko began publishing a series of comics that explored what happened after the proverbial curtain had fallen. The finale of Avatar coincided with the end of a war, and as history has repeatedly shown, that is when the hard work of healing begins. The graphic novels do not disappoint. They show those difficulties, explore side plots that would have been distracting in the show, and depict the evolution of the world of Aang to the world of Korra. So it may be an understatement to say that I was ecstatic when Tuesday brought the news that they would be continuing The Legend of Korra with graphic novels. The series already excelled at depicting actions with consequences and how there is often no course of action that can please all parties. If this new iteration is anything like what has come before, then I cannot wait. 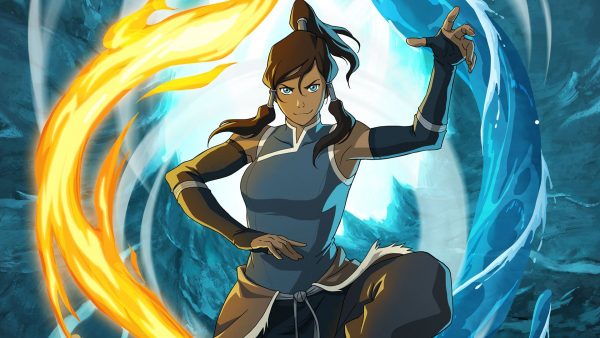 The world that Mike and Bryan have created has magnificent scope. It has the weight of its own history and traditions to make it feel real. The depth of the past and the cultures that they created give all of the actions context and make it feel like there is always more to discover. What sets standout constructed worlds like the one in Avatar and Korra apart from the others is that it feels like there is always something more to learn. I want to know more about the Avatars that came before Aang, to understand the day-to-day life of the Air Nomads, to know how the Foggy Swamp Waterbenders came to live outside of the global poles, and to explore the unique political situation of the Earth Kingdom that allows it to have multiple kings. There is so much in that world that could be explored. It has been so well constructed that it stands among the best constructed worlds in all of fiction.

Are you a fan of the Avatar and Korra series’? Let us know if you’re excited for the new releases below!